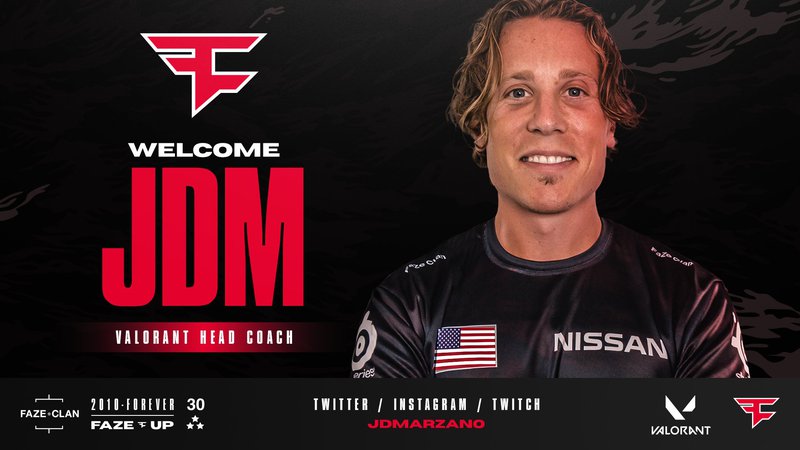 Previously, JDM was known as jdm64 and played in Counter Logic Gaming, Team Liquid and Team Envy. On May 20, 2020 he retired to focus on VALORANT. Until this moment, JDM didn't play in any pro team in VALORANT. Former head coach of FaZe Clan, Trippy, was moved to assistant coach.