When Netflix’s Squid Games was released in 2021, it instantly became one of the most popular and hit TV shows. It was all the rage in those days and was watched or currently being watched by every person you would come across.

So, looking at its popularity, we could predict that the Fortnite map-making community would whip something up in the theme of Squid Game. That is somewhat exactly what happened. Many famous creators took to Creative Mode and started experimenting.

Many fans of this series also remade some or all of these games. They recreated the games using the tools and resources provided by Fortnite and their imagination and came up with some famous Squid Game Maps.

You can also enjoy special versions of exciting mini-games that are inspired by Red Light Green Light, Tug of War, Glass Game, and many more.

We have put together a list of the best Squid Game Map codes that we are sure you are going to find exciting! So, want to find out if you can survive in a similar setting? All you have to do is fire up your Fortnite and launch one of the following map codes!

Here are the Top 5 Squid Game Maps in Fortnite and their codes: 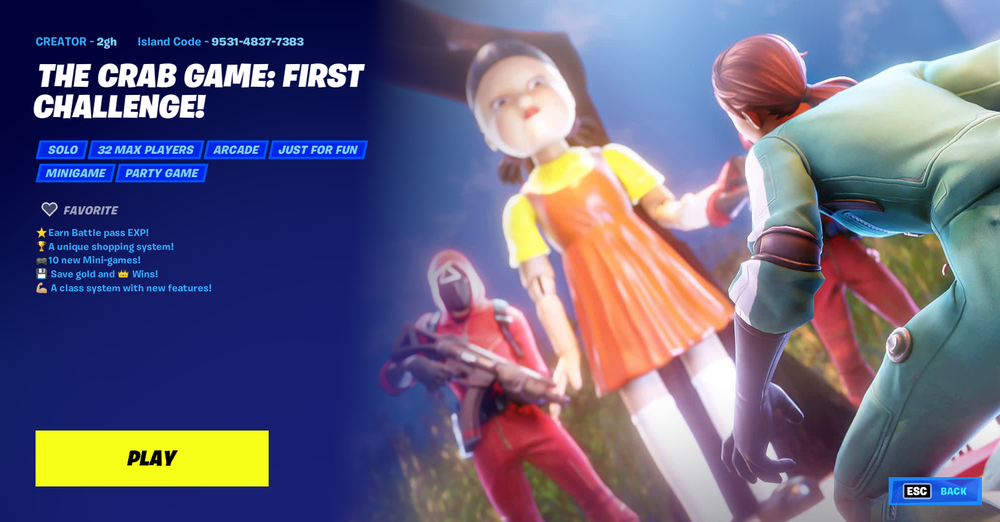 The Crab Game Map requires a total of forty players to participate in the game. The main goal of this map is that different players compete with each other in a wide range of minigames to be the last one alive and to emerge victorious.

The game consists of Squid Games-inspired minigames which have also been updated along the way. In this map, the players must try their best to remain alive until the end of the match to win a cash prize. However, the game does end when there is no one left.

The players have the freedom to attack others with various items, compete in various maps and game modes, and communicate with each other through proximity chat. Anyone can create these servers, or one can also join an already existing one. 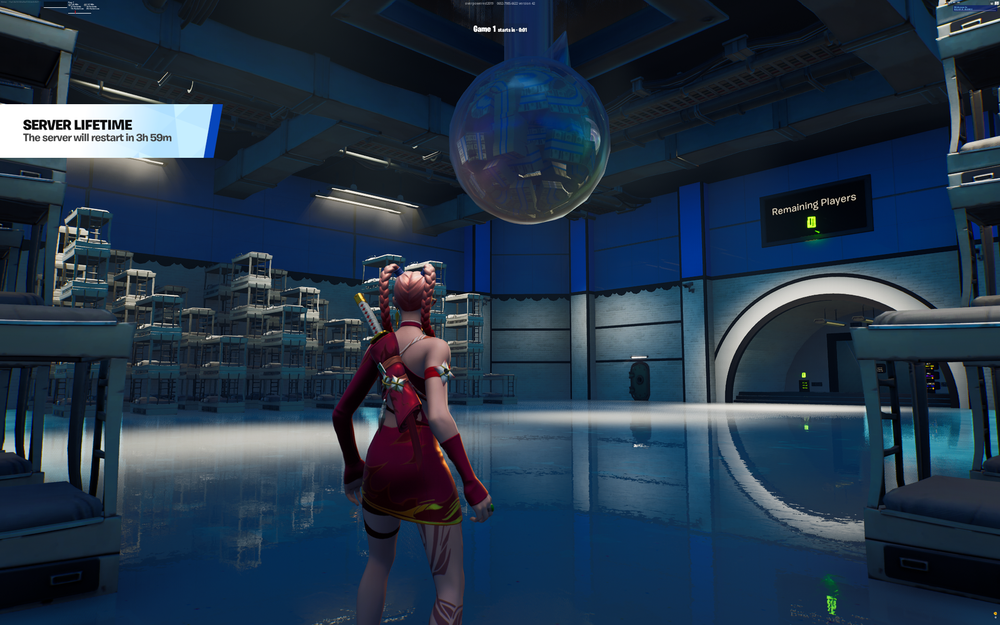 Survival Game has been ranked the best Squid Game map so far, with each and single game from the series recreated in it. If you lose in this game, you will have the option to Ready Up for another game.

The rounds and the downtimes between the minigames in this map are quick and smooth. The Survival Game map has, so far, been the most immersive Squid Game, which is exciting and thrilling to play. This map is definitely worth playing if you haven't yet!

Survival Game consists of the usual games in Squid Games with added twists such as Red Light Green Light, Honeycomb, Night Fight, Tug of War, Marble, Stepping Stones, and Squid Game. Just enter the map code, start killing a bunch of people, and be the last to survive! 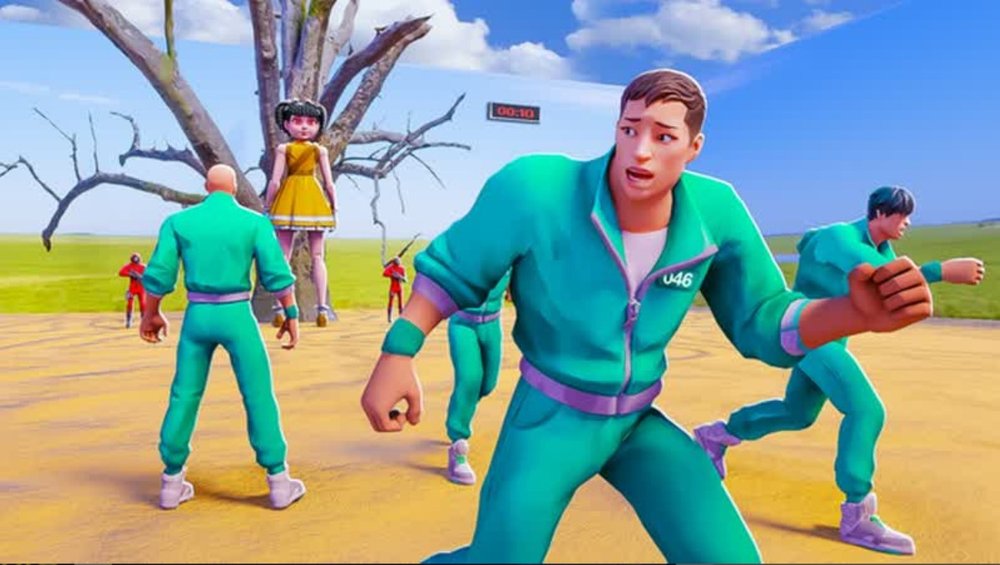 PWR’s Squad Game is one of the most popular Squid Games played in Fortnite. It has an extensive player base, so you don’t need to wait long before a challenge starts. You will be able to matchmake even when you do not have an entire squad of others to play with.

This is the game you need to go for if you don’t feel like waiting too long to get to the end. Most of the games in this match are a replica of the games in Squid Games, except for Tug of War which features a little more shooting than one might expect.

The PWR Squad game also consists of a feature called a VIP Role, as well as progress, saves, so you do not have to worry about the progress you have made getting lost in the mix. 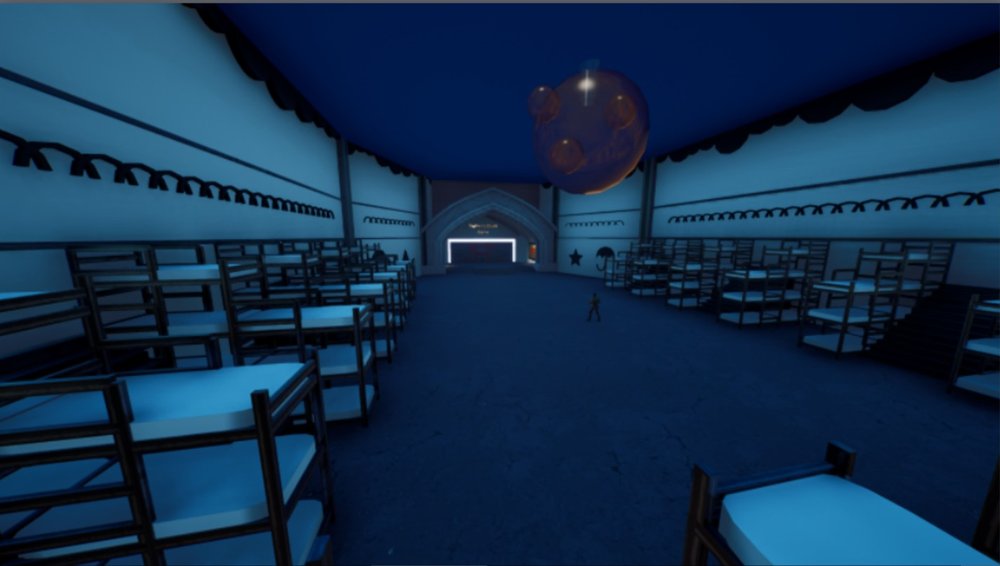 Sypher’s Squid Game was created by a famous Youtuber who goes by the name SypherPK. You are also allowed to play as a supervisor in this game, but if ever you feel like playing among a small group of people or just with your friends to avoid matchmaking, you can play Sypher’s Squid Game Map.

Although this map doesn't feature many games from Squid Games, some environments do evoke the show in huge ways.

It can be said that this map is a mini replica of the show in some ways. This map features a recreation of the Red Light Green Light game, further followed by a fight to the death as a copy of Netflix’s Squid Games.

This game is even more fun to play when your friends join you, and I am sure you would love to fight them to death! Got to do it somehow, no? 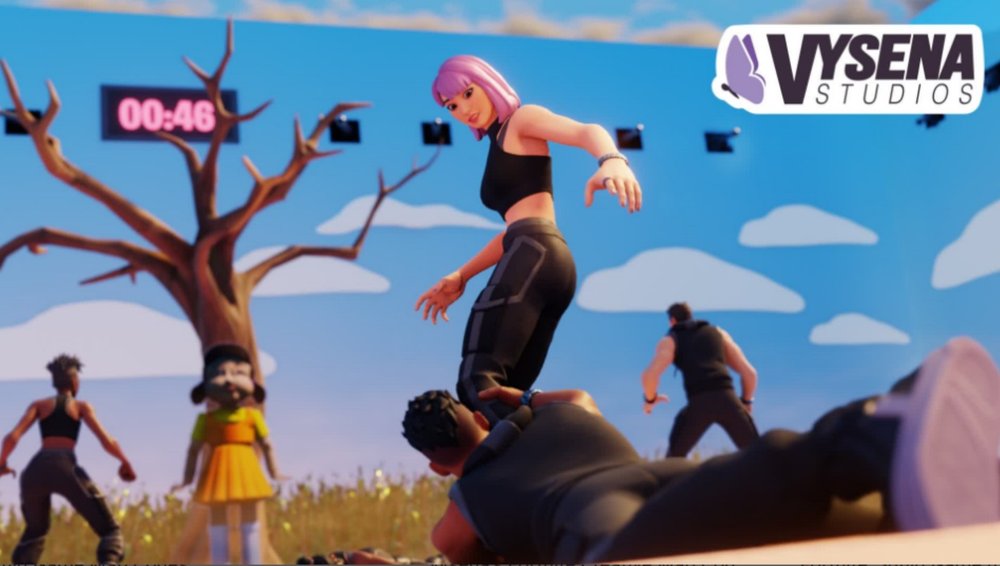 The Vysena’s Octo Game is a completely different version of the Squid Games, which features unique takes on Red Light Green Light, Honeycomb, Lights Out, Tug of War, Stepping Stones, and the Squid Game.

This map is everything from the Squid Games series captured in this particular map. The Honeycomb part consists of a short parkour challenge instead of the usual shooting game, which is an interesting twist on this map.

It does, however, take some time to master each mini-game, but again that is one of its charms. This game is so popular that you might have to wait in lineups for some time before you can start playing the map yourself.

Can kids play Fortnite? Fortnite Age Rating (2022)
Fortnite is one of the first Battle Royale games which was released back in 2017 and continues to be played by millions of players. Fortnite is loved for its different play styles...
18/06/2022
2144 Views

How To Gift Skins And Items In Fortnite
Want to send someone a gift in Fortnite? Check out this article to learn how to send gifts and items to your friends in Fortnite!
24/09/2022
1028 Views