4 ways to get Hextech chests in League of Legends 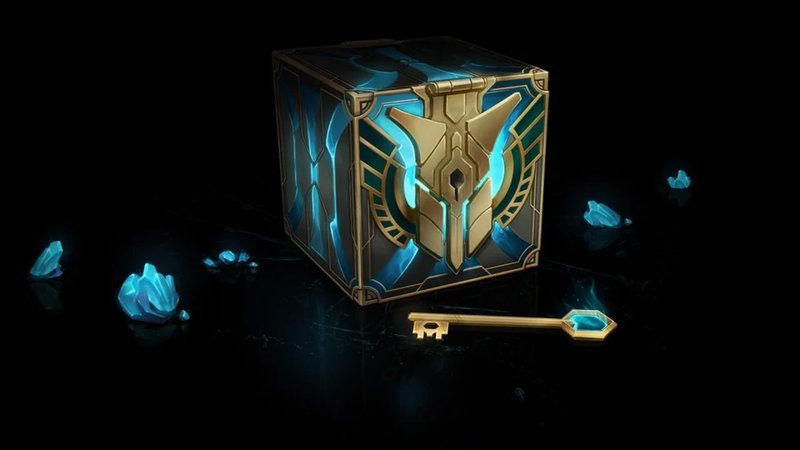 Hextech chests in League of Legends (LoL) are treated as little treasure chests that equip gamers with goodies from League’s store, such as:

Or even bonus Mythic Essence or Bonus chest. Consequently, they are one of the most reliable ways to farm out free Champion Skins.

You only need one Hextech Key to open them. You can get it from the Honor System, as a reward for quest lines, or crafting it using 3 Hextech Key Fragments.

How to get Hextecht chests in Lol?

The effortless and quick way to get hold of a Hextech chest is using the MillionPugs service.

It is a brand-new cashback platform created for gamers who struggle to get valuable content for their favorite games, like, for example, League of Legends, World of Tanks, or EVE Online.

The idea is that you shop online in partnered stores, earn reward points, and redeem them for LoL items, such as: 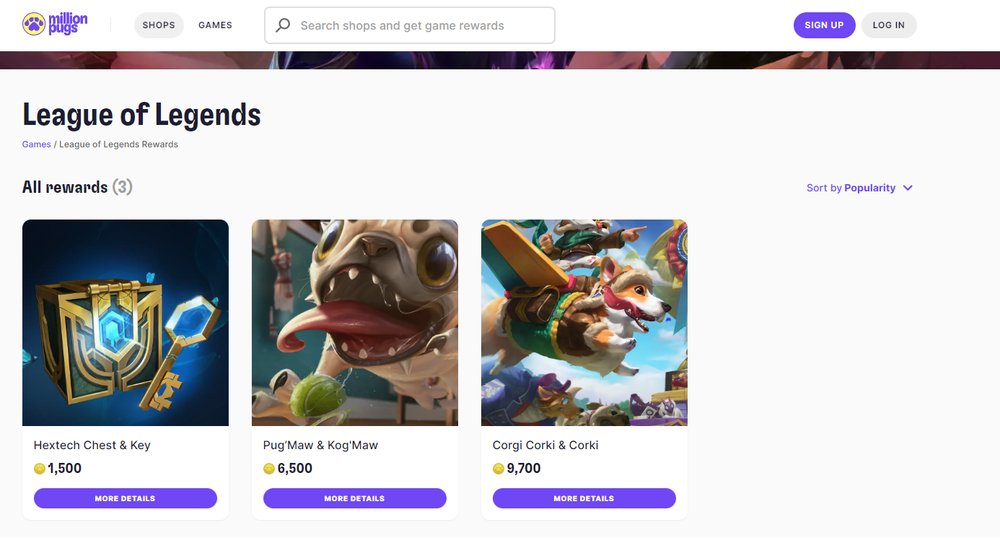 The list of LOL content is updated regularly and you should see fresh game items in the near future.

To use the MillionPugs service, you need to create an account and, optionally, install their browser extension. The plugin will facilitate collecting points easier as it will:

For example, with the browser extension installed, you visit the UberEats page to order pizza. Right after you land on the site, you will see a small pop-up with an option to activate a MillionPugs deal with reward points.

Once you do it and finalize the transaction, your MillionPugs account will be granted with reward points which you can later redeem for in-game content like chests or skins for League of Legends.

Summing up, MillionPugs is one of the fastest ways to get chests. It is possible that you don't even have to change your shopping habits as you probably already frequent at least a few stores from the MillionPugs list. Consequently, the only step that separates you from getting valuable prizes is to start activating deals.

Another effortless, but a costly method of getting Hextech chests is to purchase them from Riot’s store. Remember, though, that for every chest you acquire, you need a key to open it.

Once you login to the Store, you should navigate to the ‘Loot’ section, search for Hextech chests and use your RP to acquire them. You can also obtain Hextech chest bundles, such as:

Luckily, there are also in-game ways to get Hextech chests for free in League of Legends.

First of all, they are rewarded for earning an S-Rank on played Champion in ARAM (All Random All Mid game mode) or Summoner’s Rift. Although gamers are not required to play Ranked to receive an S-Rank in Summoner’s Rift, they must be in a PVP Setting and not in Co-Op vs. A.I.

It is also worth noting that gamers can get a Hextech chest for being in the same team as a player who obtained an S-Rank. Nevertheless, in such cases, you have to be in the same match-made group. It means that you must have been in the same queue as the one who obtained the S-Rank.

Last but not least, you are able to get Hextech chests through crafting. It is a new system implemented by Riot to enable players to get rewards and unlock new Champions.

The system takes into account your skill for granting you boxes. You get Keys once you have an S-Grade on a Champion, which will also give you more chances to get high-tier chests.

The Hextech crafting table is added with its own inventory that is separate from your current one. You cannot disenchant current content that you have already purchased and anything you get in Hextech Crafting must be manually redeemed into your personal inventory before you can take advantage of it.
Summing up, Hextech chests are valuable items in League of Legends that can equip you with Champion Skins, Emotes, or bonus items. The most effortless ways to get them is to use the MillionPugs cashback platform or purchasing chests in the Riot store for RP.
Nevertheless, you can also use in-game ways to get Hextech chests like earning S-Rank, playing ARAM or Summoner’s Rift, or using the Hextech Crafting table.

The History of Competitive Shooter Games
Learn about the evolution of competitive shooter games, from the early days of "Spacewar!" to the modern professional esports leagues of today. Discover the key milestones and inf...
07/01/2023 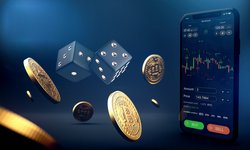 How Crypto Has Revolutionize Online Betting and Gambling
Several technological innovations have transformed the online betting and gambling industry. One such technology is blockchain and cryptocurrency.
20/12/2022 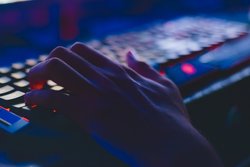