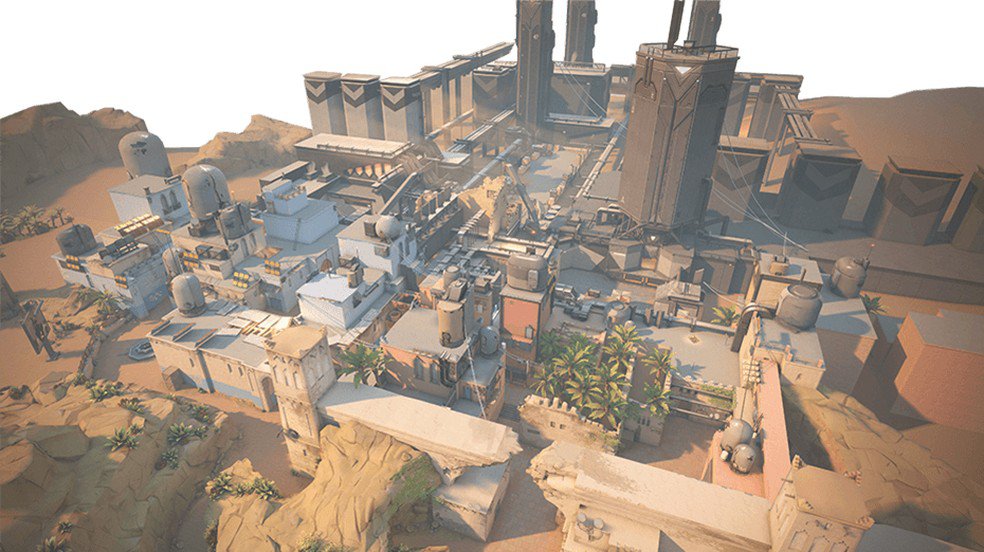 Bind is one of the smallest maps on the pool. It's a very even side map where it will depend on your composition and play what side is more favorable.

Bind gimmicks are the two teleports that allow you to rotate from one side of the map to the other in a matter of milliseconds. 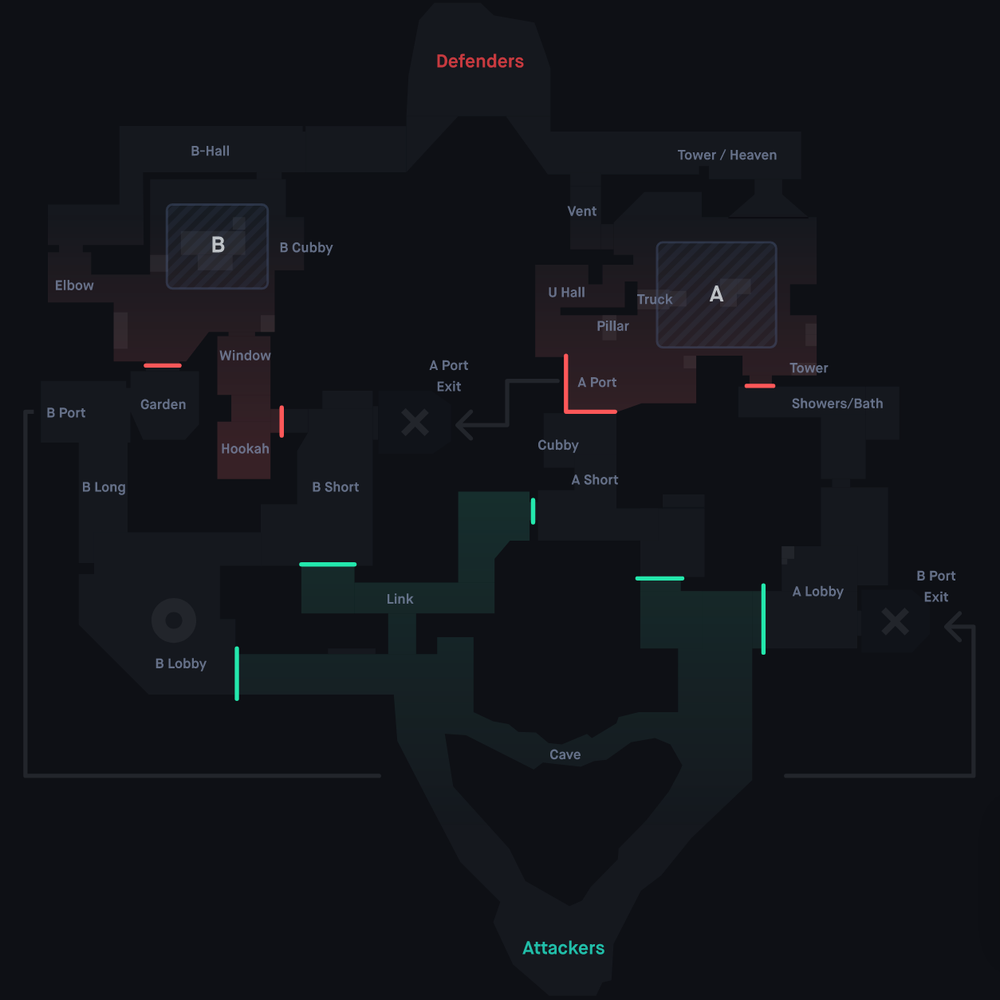 This image just shows you the most basic callouts. So let's see what are the callouts that are commonly used on ranked and on competitive play.

A Bombsite Callouts on Bind 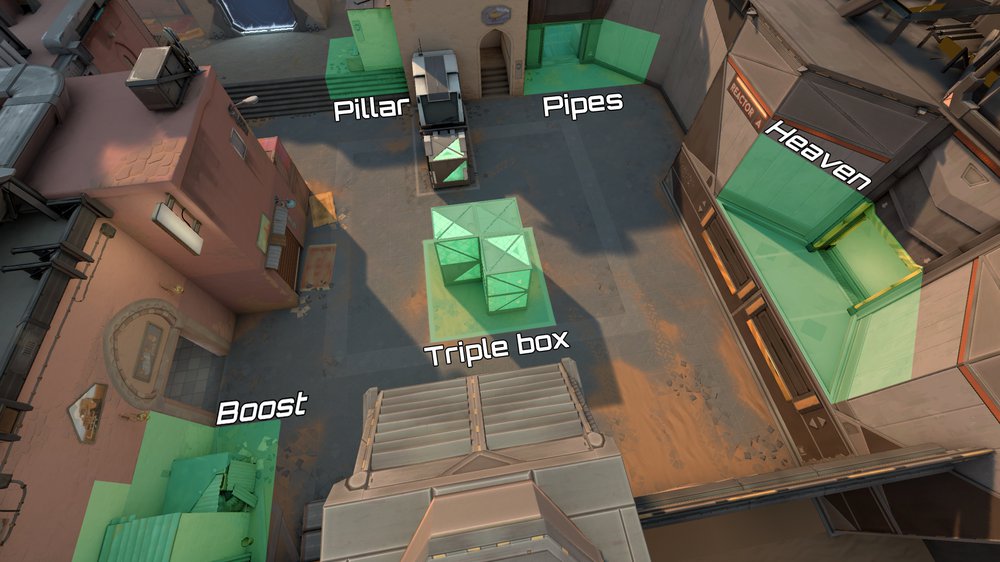 It connects the defensive spawn to the A bombsite.

It gives you an advantageous viewpoint over all the bombsite. It also allows you to see towards short.

It can be used as cover from the players coming from lamps. You can watch the exit of Lamps form there and you will have the angle advantage.

A release close spot where you can watch the bathrooms exit. It's a very hard angle to clear for the opponents coming out of bathrooms, but you are exposed to the rest of the bombsite. 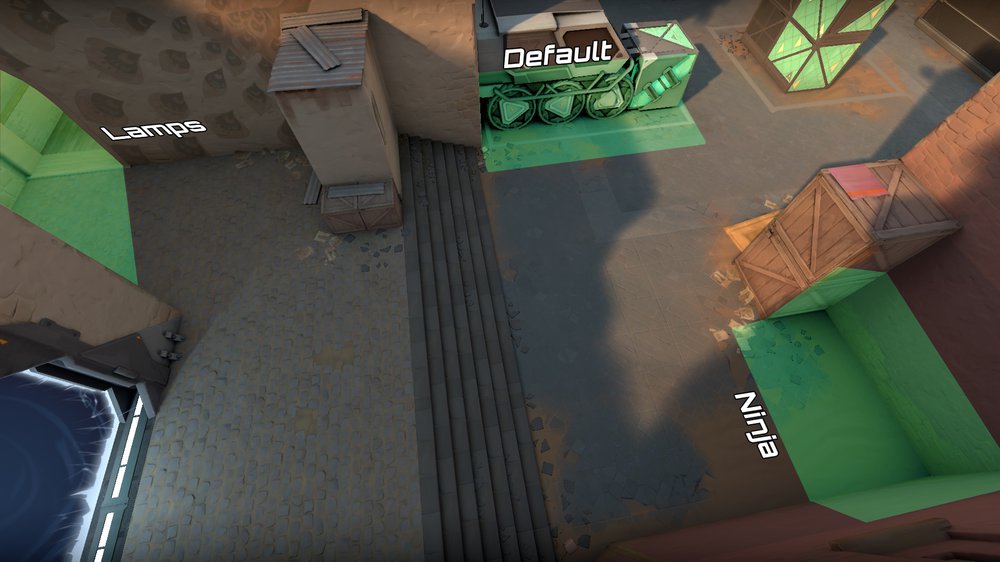 The most common plant spot. It offers you some protection from the back site.

It connects the back site to the front side of the A bombsite. It gives a very good angle to watch the people that enter from short. It's very hard to clear and it allows you to take one kill and reposition.

B Bombsite Callouts on Bind 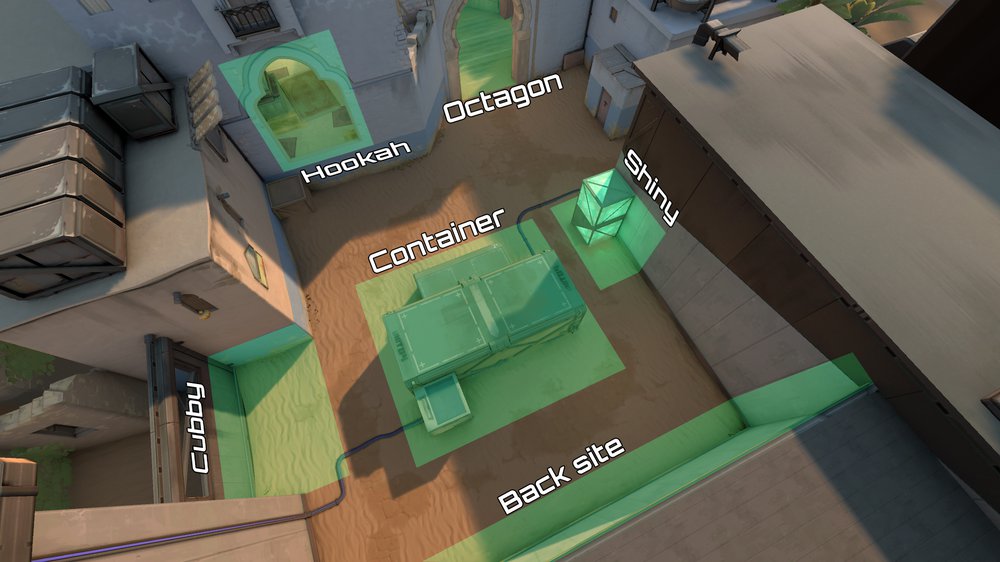 It connects Hookah to the B bombsite. From there you can see almost all the bombsite bout you are also exposed.

It's a really popular plant spot since you are protected from both sides. You can also play inside the container or behind the container since you can still watch either Octagon or Window.

It's a very defensive position to lay from since you are giving control of most of the bombsite. You can still see to window and Octagon from there, and it's easy to relocate and get to cover.

It's a very hard spot to check. It allows you to peek at Octagon and immediately fade away into safety. You can also see the players crossing from Octagon and hear the ones that drop from the window.

You can use it as cover, however, it's very easy to wallbang. It gives some protection from Octagon. 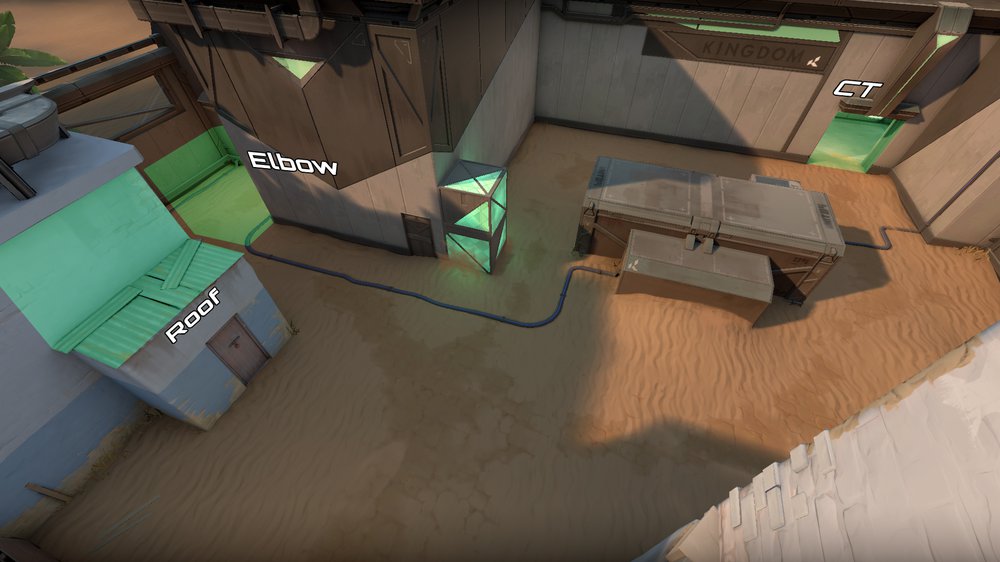 It connects to CT and it's one of the entries for the players coming from Defensive spawn. From Elbow you can see the players that cross from Octagon and Hookah.

It gives you a great angle for the players entering from Octagon. It's hard to clear and sometimes goes unchecked since it's not a very commonplace to play from. 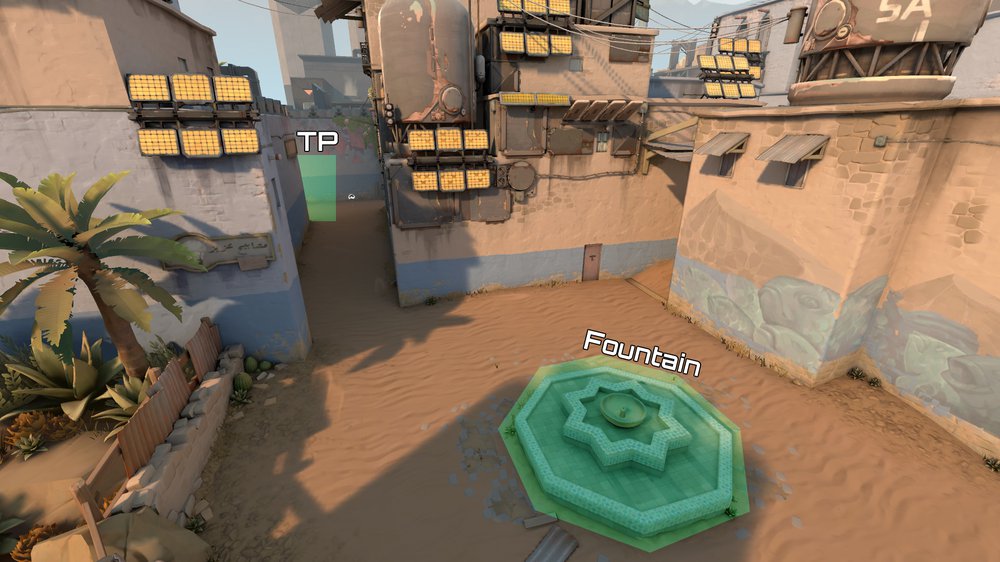 It's located where you have the portal that allows you to teleport to the outside of bathrooms in the A-bombsite. It's also close form where the ultimate orb is located.

How Much Does The Battle Pass Cost in Valorant?
Given the number of gamers playing Valorant, some may consider utilizing their time investment. The battle pass comes into play at this point. We'll talk about how much a battle p...
20/05/2022
1711 Views

How To Rank Up Faster in Valorant (Pro Guide)
Here are some tips you may need if you're new to first-person shooters. While there are similarities between Valorant and Counter-Strike, it also has characters and abilities like...
10/01/2022
2015 Views

How To Play Octane In Apex Legends
Octane was the first Legend to be added to the game after its release. It won’t be wrong to call him one of the most popular Legends in the game. He’s the first character people t...
03/10/2022
1609 Views

VALORANT Map Guide Bind
In this guide I walk you through everything you need to let you dive right in to one of Riots original VALORANT maps, Bind
15/02/2022
1912 Views
Comments
No comments yet
Please login to leave a comment.
Login
Matches
Live