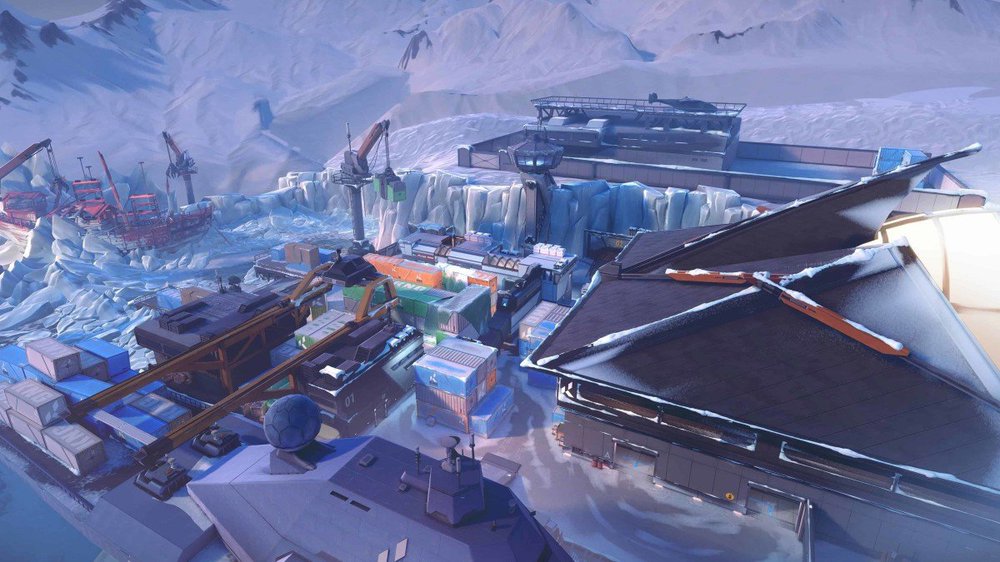 Icebox is considered the most attacking side map in the game. For quite some time a lot of players, casual and professional have been asking for a change in the map design. 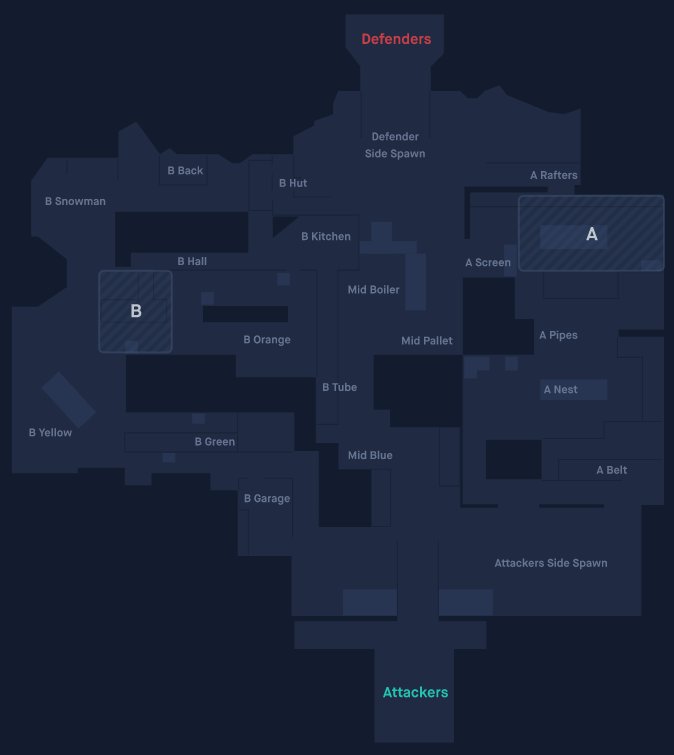 These are all the default and basic callouts on Icebox. However, this image doesn't show you some of the most used callouts in ranked. If you want to learn how to play Icebox check out our VALORANT Icebox Map Guide.

So let's take a deep dive and see the most used and detailed callouts on Icebox.

A Bombsite Callouts on Icebox 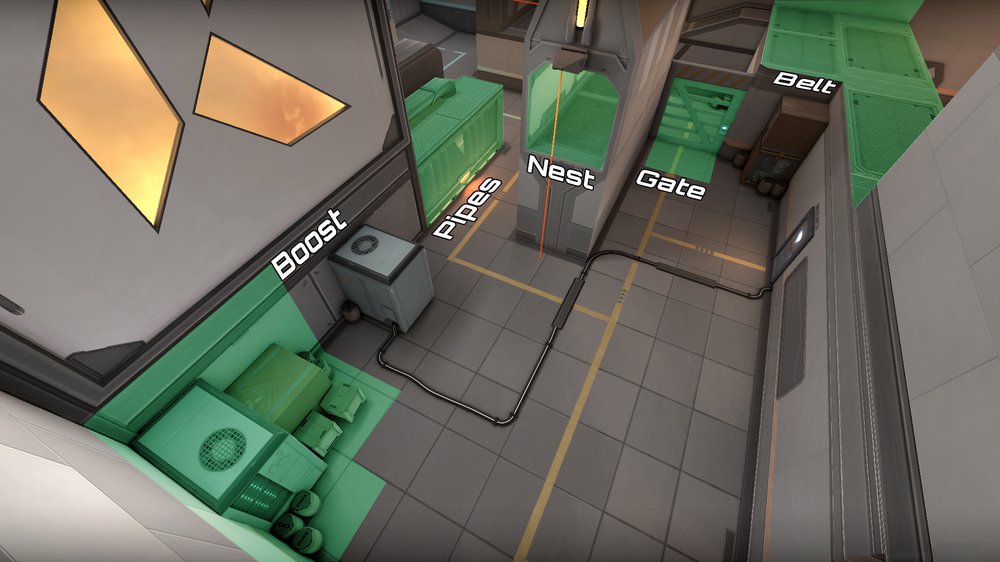 From Belt, you can watch most of the Bombsite. It's a common position to play with an operator and try an early pick. It allows you to shoot and fall back to safety.

Gate is a very common spot to play after plant. It allows you to pick and get back into safety forcing the opponents to push you.

It allows you to see towards Nest. You can also see the players that are coming from the attackers spawn or the A bombsite. 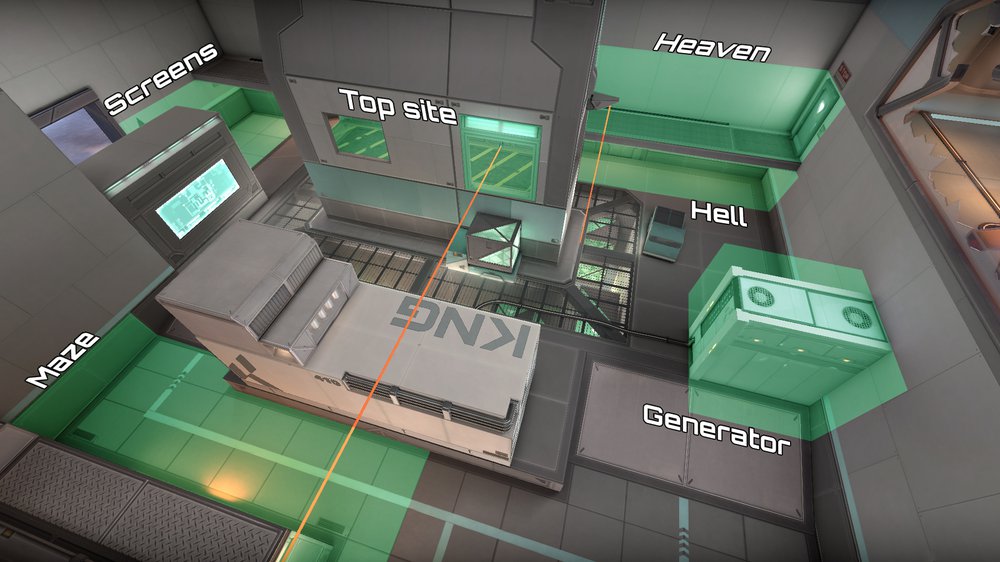 It connects the defender's spawn to the A bombsite. From Heaven, you can see to Belt, Pipes, and Nest. It's a very common spot used by operator players in order to get a pick and fall back.

It's located under Heaven. It connects to screens.

It's used as cover. You can pick from the generator and then fall back to cover. Generator is also one of the most common plant spots.

It connects mid and defender spawn to the A bombsite. From screens, you see Heaven and Hell.

It's where you can catch the rope to Nest. From there you have a really good angle from every player that comes from A main. It's also a very common spot for operator players.

It's the path that connects to the left part of the bombsite. From Maze, you can hear the players coming from screens and near generator. You can pick to generator or screens and then fall back to cover.

B Bombsite Callouts on Icebox 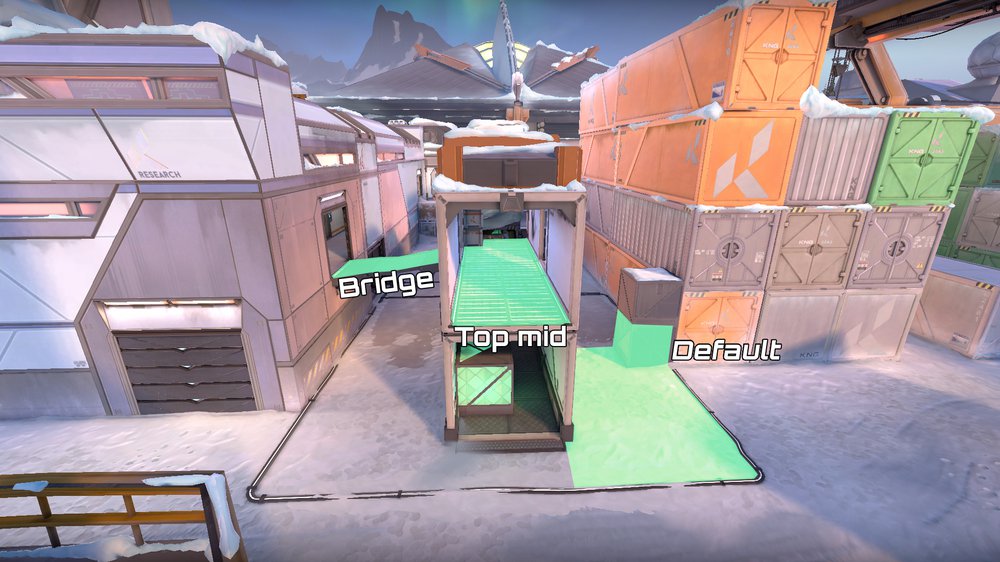 The most commonly used plant spot.

From Top Site you can see to Yellow. You are able to watch the cross of the attackers to the bombsite while being safe and able to reposition easily. 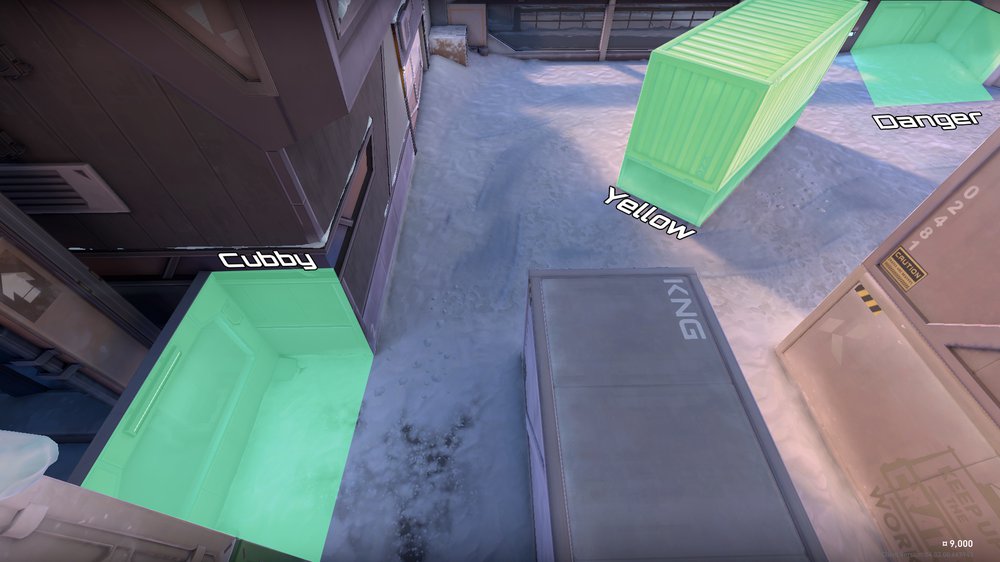 It's mostly used as a very forward defense position by the defenders. It's a very hard angle to clear, and the chance of the player in cubby to take at least one enemy player with him is very high. However, he will most likely be treated since he has nowhere to run.

Also used as an advanced position by the defenders. It gives you cover to the bombsite, especially to the attacker players. Its normally used as a post plant spot for the attackers since you are safe, and forces the defenders to push you.

A position mainly used by the attackers that allows them to see the whole bombsite, and hold a really good angle for the defenders coming from B snowman. 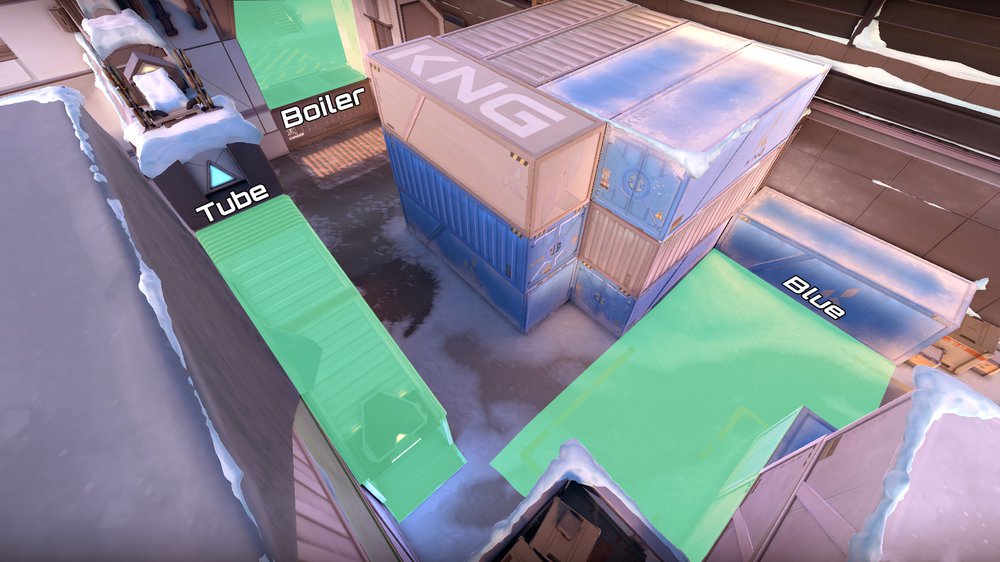 It connects to Kitchen. It also allows some agents like Omen and Jett to host on top of tube, being able to see to the defender's Spawn and the B bombsite.

The defenders can see mid from boiler. It allows them to see the attacking players crossing to tube. It's a very safe place to play form since the attacker sonly see your head and you can fall back to safety and reposition.

It connects the attacker's spawn to Mid, and Mid to tube. From Blue, you see to boiler and tube.

How The Guard Plays Split
The Guard is the main sensation of North America in the beginning of 2022. The team, which don't have "Big Names" manage to qualify for Masters in Reykjavík. In the match for a sl...
08/04/2022
1795 Views

Valorant Pride Event (2022): How to get Cards & Gun Buddy
VALORANT is gifting players a series of player cards and an all-new gun buddy to kick off Pride Month. In this article, you will find how to get them.
05/06/2022
2036 Views

How To Receive Alpha Threat card in VALORANT
VALORANT pleased its fans with the release of a new comic book-inspired player card.
13/07/2022
1364 Views

5 Valorant Key Terms for Understanding Pro Play
I break down 5 core words that casters regularly use during pro matches that can sometimes be confusing. The perfect guide for someone about to watch pro VALORANT for the first ti...
06/10/2021
2098 Views

How To Fix Packet Loss In Valorant (2022) - Working Method
Internet connection and packet loss issues are among the top reasons for VALORANT players to stop playing ranked games, but don't worry, in this guide we will show you some tips a...
14/04/2022
3230 Views
Comments
No comments yet
Please login to leave a comment.
Login
Matches
Upcoming