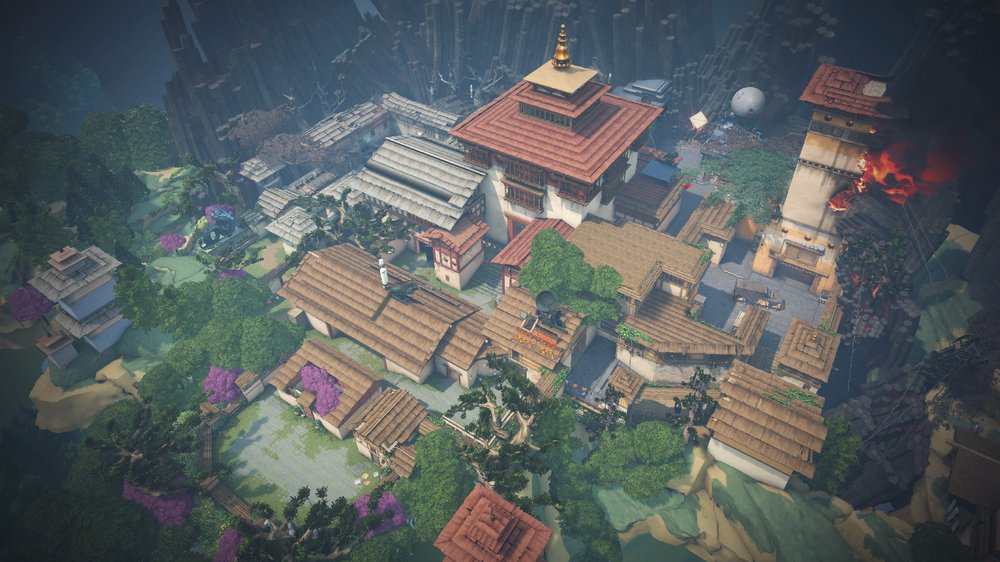 Haven is the most unique map on Valorant. It's the only map where you have three bombsites, making it a very attacking side map. When you are one man down on the defensive side it´s very hard to keep control of all the map and its entrances.

The bombsites are very large, with both the A and B bombsites having multiple entrances. Haven gimmick it's the fact they have three bombsites. 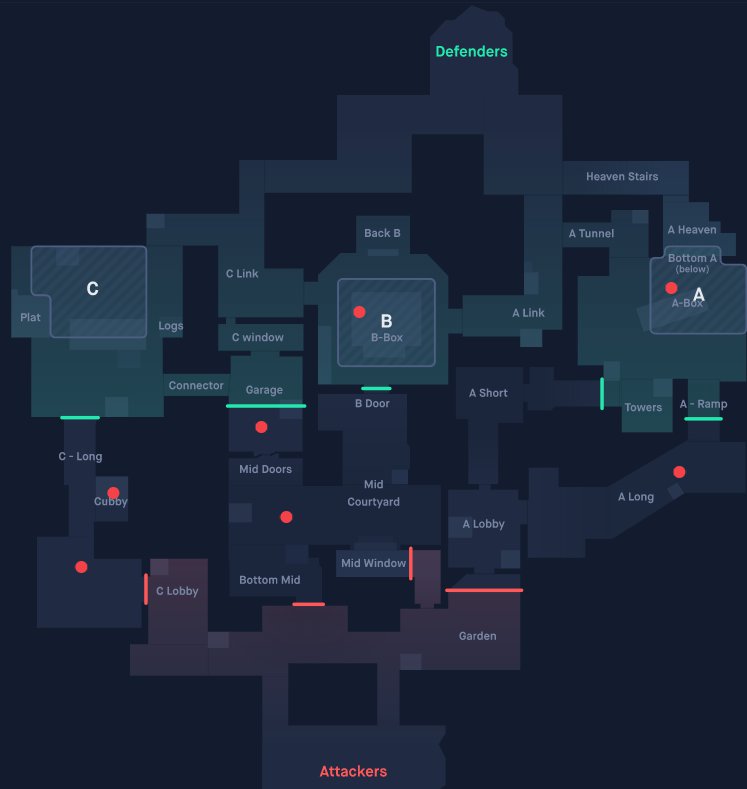 These are all the default and basic callouts on Haven. However, this image doesn't show you some of the most used callouts in ranked.

If you want to learn how to play Haven check out our VALORANT Map Guide Haven.

So let's take a deep dive and see the most used and detailed callouts on Haven.

A Bombsite Callouts on Haven 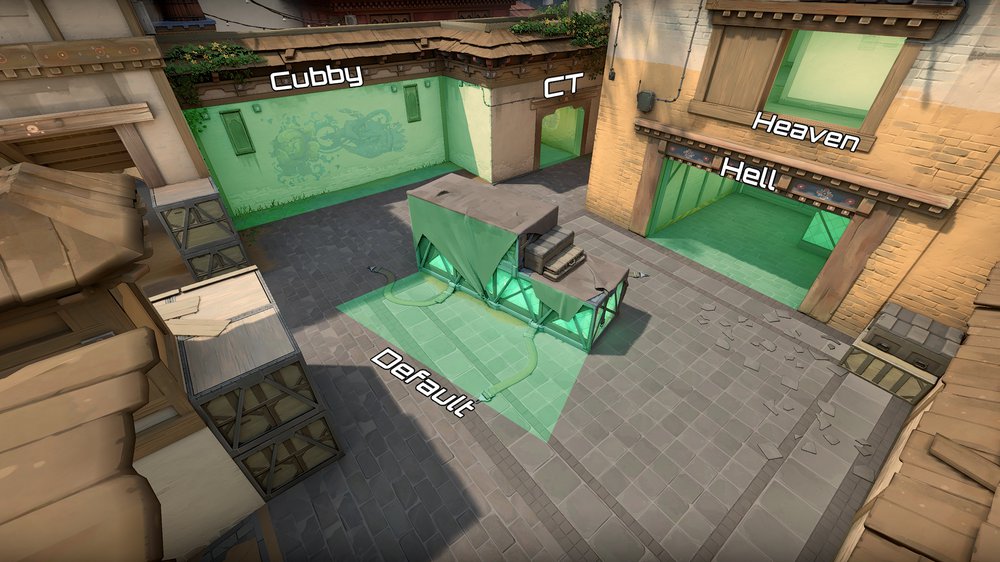 The most commonly used plant spot on the A bombsite. You can see the bomb from Short or Long, making it easier to play post-plant.

It connects the defender's spawn to the A bombsite. You can see the players entering from short and long. It also allows the players to reposition in a fast and easy way.

It's located under Heaven. Hell offers cover from Short and allows you to see the players that are entering from long. It's also used as a common spot to play post-plant since you can hear the players coming from CT, and can mount a crossfire with the player in cubby.

On cubby you can play close to the ct entry or the short entry. You have a very good angle to the players entering, and cubby is hard to clear. It's also a great spot to play on the post-plant.

It connects the defensive spawn to the bombsite. It's the main entrance to the A bombsite. When playing retake players will mainly come from CT. 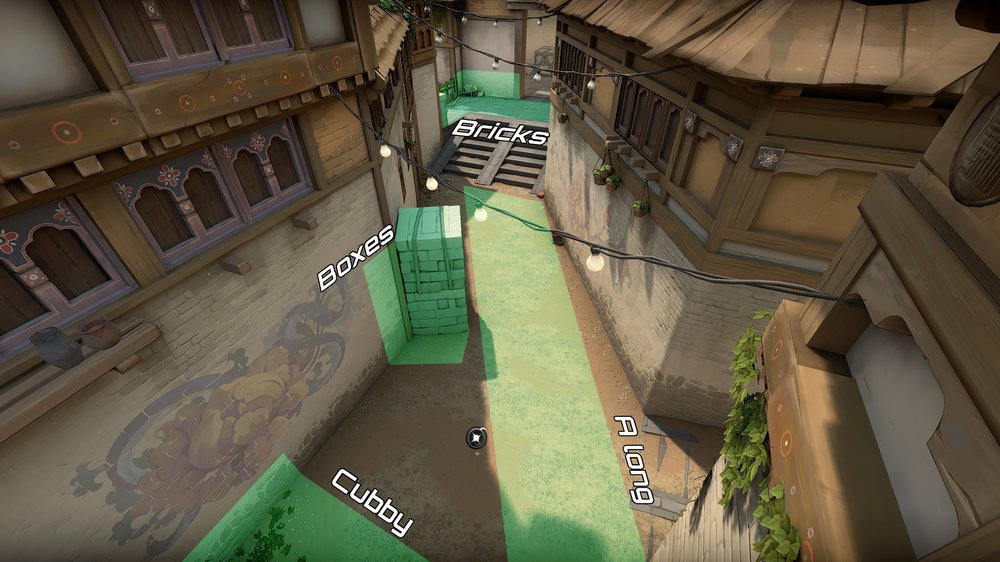 It's a very advanced position for the defenders. If they are able to hold it they can hear the player's rotation from mid to A site, and can see them entering short or long while holding a great angle.

It connects a Lobby to the B bombsite. It's the longest entrance to the bombsite.

It gives you a great angle for the enemies entering from long. It's a hard angle to clear and you will always see the enemies before they see you. However, it's a position where you are very likely to get traded.

It's the deepest corner of long. Very used as a post-plant position since it gives you the vision of the spike if it's planted on default. Operator players also use to play from there since it allows them to see A lobby while relatively safe.

B Bombsite Callouts on Haven 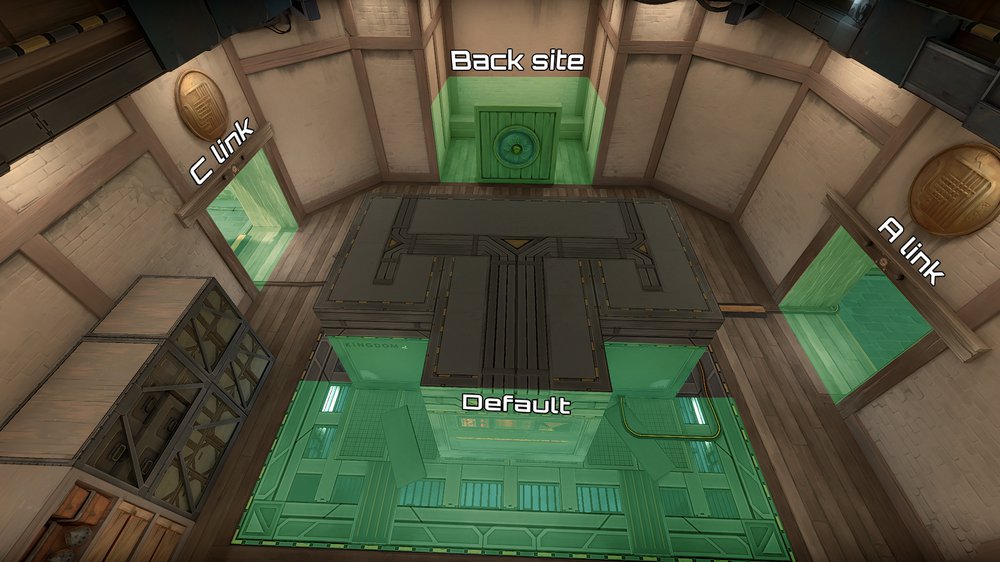 The most commonly used plant spot on the B bombsite. You can see the bomb from Courtyard or Window, which are the most common positions to play post-plant from when the spike is planted on default.

The most defensive position you can hold on the B bombsite. You have some cover provided by the wooden wall but it can be wall banged. It allows you to watch the players entering from the A and C link. It's also used as a post-plant location by the attackers. 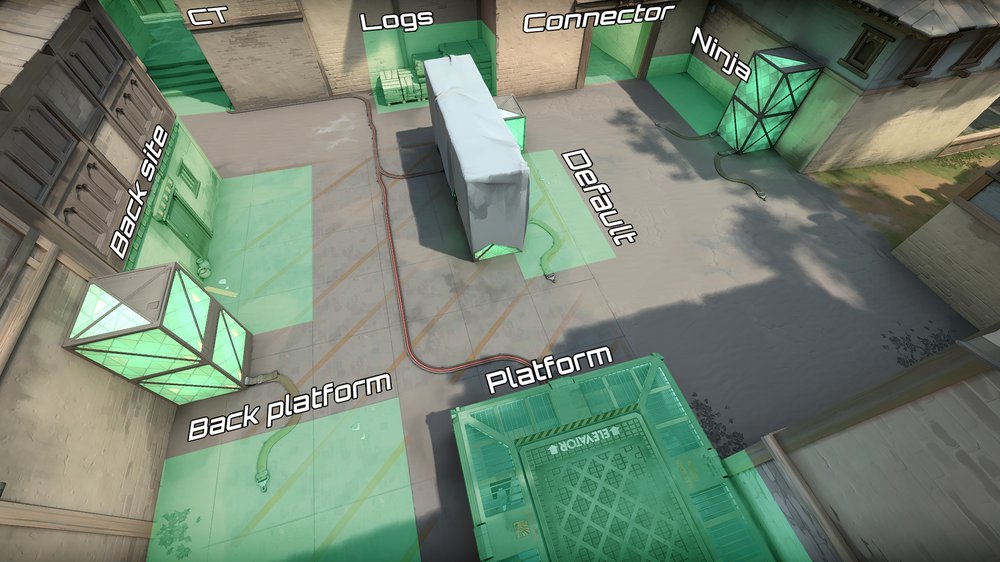 It connects the defender's spawn to the C bombsite. It's the most commonly used entrance by the defenders.

The most commonly used plant spot on the C bombsite. You can see the bomb from C long or connector.

A hidden spot that allows you to see the players that enter from the connector and from C long. You have the angle advantage in that position, and the spot is a hard one to clear. However, you have nowhere to escape/reposition to, so you will normally get traded.

It connects the garage to the C bombsite. It's one of the entries attackers can use if they are able to gain control of the garage.

It allows you to see towards C long while not being totally exposed and \being able to reposition with ease. You can also set the players that are entering from connector.

It's the place you can fall back to if enemies are pushing you and you are on platform. It's a much more defensive position and gives the enemies control of the front part of the bombsite. However, it's not an easy one for the enemies to clear, and it's a good position to play retake from. It's also used by attackers in post-plant situations.

The back of the bombsite. It provides you with cover and allows you to peek and reposition to safety. From there you are not too exposed and can hear the players entering form C long and connector.

In a way, it´s very similar to ninja. It's a hidden spot that allows you to hear the players coming from connector and C long. It's a very hard spot to clear and you can sometimes find an enemy off guard. You can see to the default position, if no one checks that spot you might be able to kill the player planting on default. 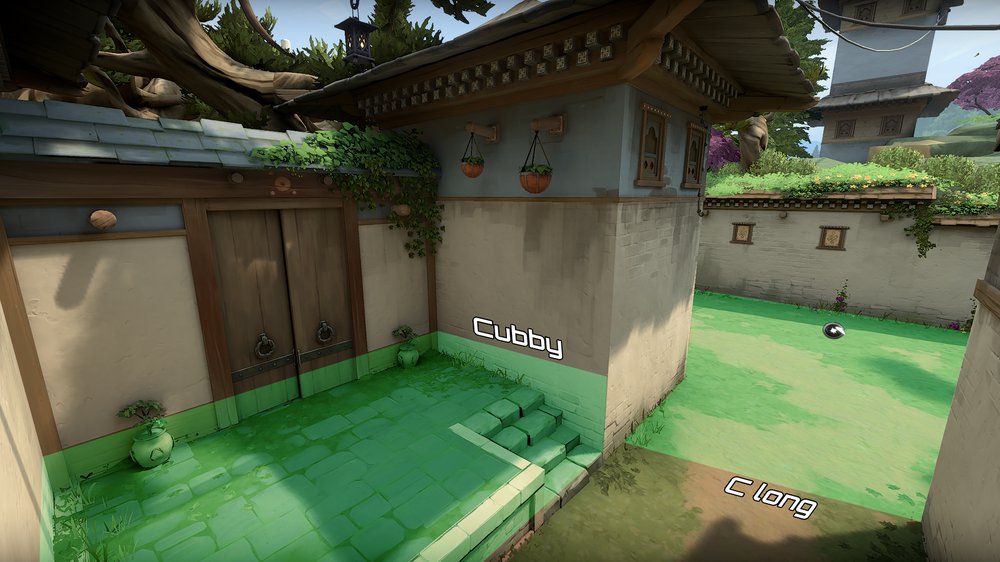 It's a very advanced defensive position on long. If the defenders are able to control it it's a hard spot to clear, since the player has the angle advantage over the enemies entering by C long. Also very used as a post-plant position since it gives you the vision of the spike if it's planted on default, or for long.

It connects the C looby to the bombsite. It's the longest and biggest entry to the C bombsite. Its also very used as a post plant position, since it allows you to see the spike if planted on default or near the Back site. 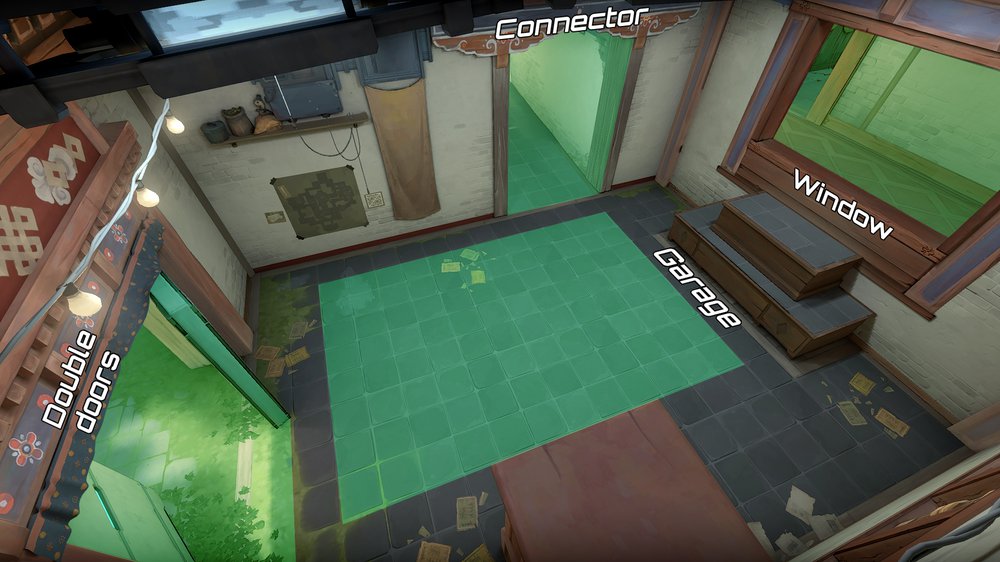 The main entrance to the garage for the attackers.

The space that connects double doors, window, and connector. If the attacker shave control of the garage they can decide if they want to push connector towards the C bombsite or window, towards the B bombsite or CT.

The most commonly used place to defend Garage, You can see who enters by double doors, and it's very easy to reposition to safety.

It connects the garage to the C bombsite. 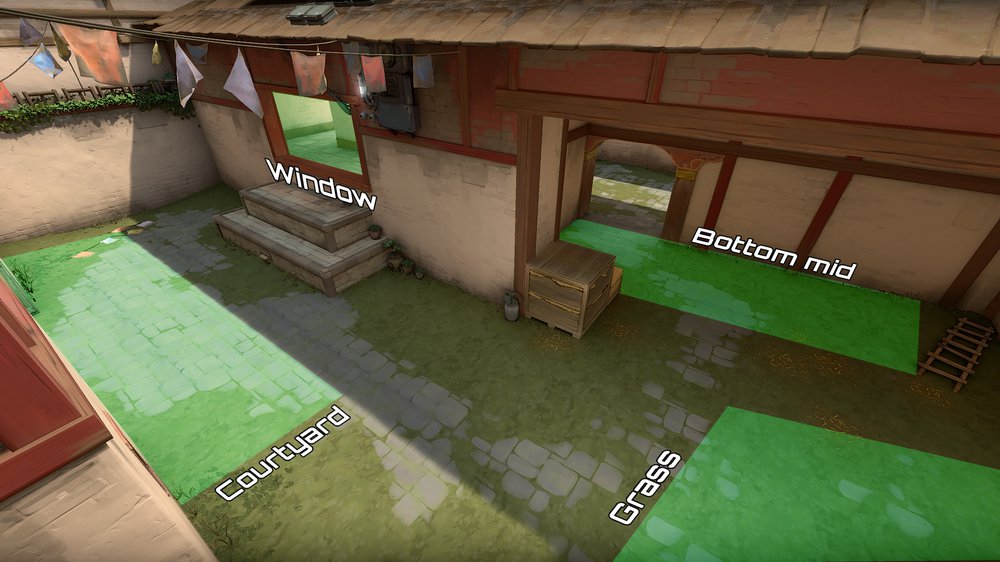 From Window, you can see almost everything on Mid. You can see the main entrance to the B bombsite, the push from double doors, hear the players coming from a. It's a very used post planet position if the spike is planted default.

It's the main entrance for the attackers to Mid. You can also check the push form double doors from there.

It's the area that connects Mid bottom to the double doors. While on grass you can also see a little bit of the window on the garage.

Similar to grass, the courtyard connects the mid Window, and mid in general, to the main entrance to the B bombsite.

How To Appear Offline to Friends in Valorant
This results in players looking for ways to turn invisible in-game and appear offline to their friends in Valorant. But, Riot has not provided a built-in option that allows player...
28/06/2022
2962 Views

VALORANT Team Roles: Main Duelist/Entry
In this series, I break down each of the positions used in pro-level VALORANT, and first up is the turn of everybody's favourite, the main duelist. I look at the jobs of the main ...
11/10/2021
1289 Views

How to Hide Your Account Level in Valorant
So Valorant’s developers have added a feature that allows you to hide your account level, and only you will see it. In this article, you find how to hide account level in VALORANT.
21/06/2022
2828 Views
Comments
No comments yet
Please login to leave a comment.
Login
Matches
Live