Is Valorant Free To Play?

Valorant is a free-to-play, first-person shooter game that puts two squads of 5 players against each other on a map, with the players getting to choose from one of 11 different Agents.

Each Agent has its own set of unique abilities that players can use to achieve a strategic edge over their enemies. This results in some intense battle scenes, which are enhanced by the Agents' particular powers.

Is Valorant Free To Play?

Yes, Valorant is a free-to-play FPS game. The fundamentals of the game mechanics are structured with an obsessive focus on cooperation between players. And since there is no cost for installing Valorant onto the computer, you can play Valorant from all over the world as long as you have internet connectivity.

Valorant, like other successful Riot games, was originally meant to be a free-to-play game. Other Riot games, such as League of Legends, have paved the way for it. These games are free to play, but you have options to purchase in-game cosmetics and other goods.

In-game purchases made for cosmetics are prevalent in free-to-play online games, and Valorant provides its users with thrilling prizes in return for real-world money.

It's important to note that all of the Valorant micro-transactions are completely optional. These purchases do not impact the game's mechanics; the changes would be solely aesthetic. To put it another way, you won't be overrun by the other gamers merely because they spend more money.

What Can You Pay For In Valorant?

Valorant is a free-to-play game, so you won't have to pay anything. Cosmetics and Agents items are the only stuff that you can buy in Valorant. The following is a list of the things available for purchase in Valorant:

Simply go to the Valorant website and select "Play Free". You'll be prompted to either sign in or create a new Riot Games account. If you've ever played League of Legends, then you can also use your League of Legends account to sign in to Valorant and begin to play right away. 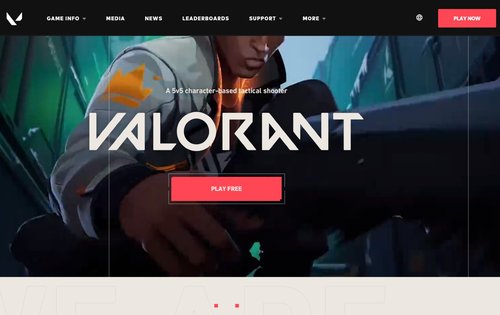 This is due to changes in registration laws by Riot Titles, which now allows players to utilize a single personal profile to play across all of their titles. It's fine if you're not a League of Legends fan or just haven't played any other Riot Games titles.

Valorant, obviously accessible to anybody who wishes to participate. It is not necessary to also have a League of Legends game installed on your computer, but you must register a Riot Games account. You'll see a welcoming page from there you can download the game after it's been authorized into your account.

When the prompt "Download" appears, click it. After you've downloaded and installed the Riot Games client software, launch it and look for Valorant. When you select Valorant and click "Install", Valorant will simply download all of the necessary assets to your local Computer. There could be a few updates, but that shouldn't require a long time to complete.

Could Yoru Ever be Viable?
Yoru is easily one of the weakest agents in the game. Both professional and casual player's don't play him much. I look at the situations where Yoru is viable, what's wrong with h...
06/09/2021
1886 Views

VALORANT Team Roles: Controller
In this series, I break down each of the positions used in pro-level VALORANT, this time I'm examining the controller. I look at the jobs of a good controller and how to succeed p...
14/10/2021
1462 Views

Is Valorant on Xbox?
The FPS shooter that is loved by almost every corner of the gaming community could expand its reach even further by becoming available on Xbox consoles such as the Xbox One X|S an...
22/03/2022
1473 Views

The Best Sage Walls on Bind
Sage is one of the most useful and easy to play sentinels on Valorant. In this article, we will talk about the best Sage walls for Bind. These walls can be used in multiple ways a...
27/04/2022
3831 Views