Ultimate Voice Lines For All Agents In Valorant

Riot Games’ Valorant is a tactical shooter that belongs to the FPS genre and consists of Agents that you can play as. Each Agent has a unique voice line when they use their ultimate abilities.

Whatever agent you choose to play in Valorant, you must utilize your ultimate ability to achieve maximum results. While some agents have more impactful and strong ultimates than others, when used correctly, most of these abilities can make the difference between winning or losing a round.

One common and important aspect among all FPS games is that they all have an audio queue. In the case of Valorant, all agents shout out a specific voice line when activating their ultimate ability.

It is essential to listen carefully to the voice lines around you since it can not always be visually obvious when a player uses their ultimate ability. Players can easily remember and follow ultimate voice lines in some cases, while in others, they may find them a bit more subtle and confusing.

The agents’ voice lines also depend on whether they are on your team or the enemy’s team. It will be different if the Agent using their ultimate ability is on your team and different if they are on the enemy’s team. Additionally, some agents get additional voice lines after using their ultimate abilities, depending on the success of the use.

In order to make their Agents stand out from each other, Riot put a great deal of effort into it. From speedster Jett to savage Phoenix, each one of them has a voice line that gives us a clue about their personality and gives more depth to the character.

Check out a list of all the voice lines used by Agents in Valorant, both on your team and against you. Let’s get into it! 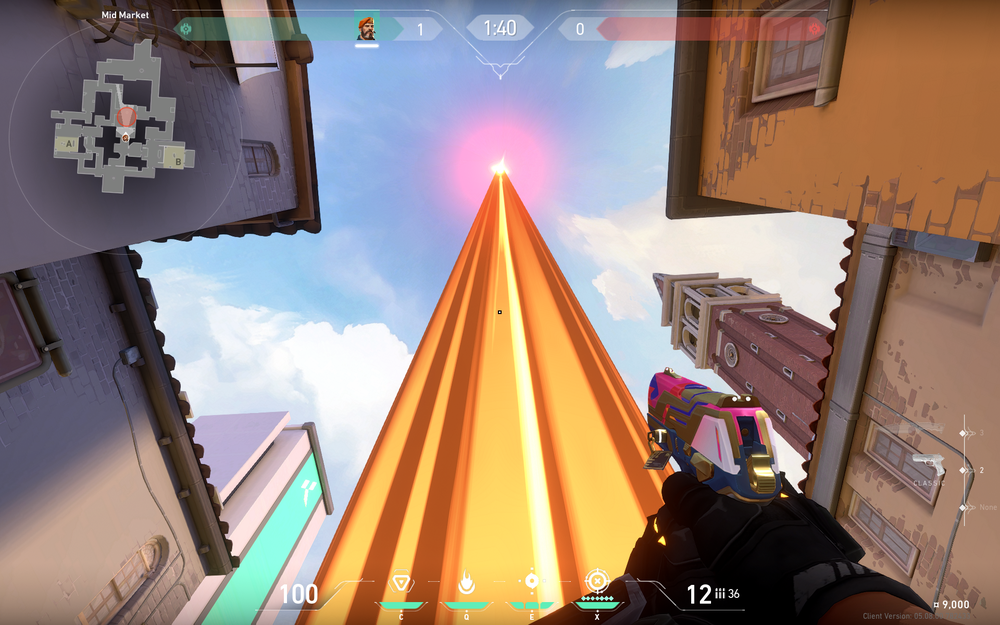 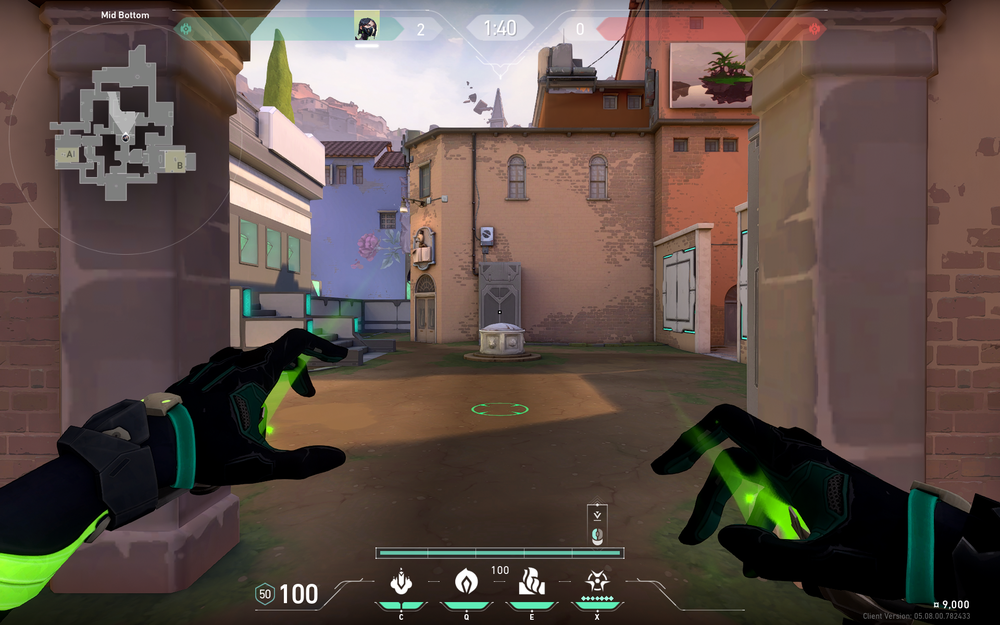 Viper’s ultimate ability is often considered one of the strongest in Valorant. However, despite Viper’s Pit being an ability that often results in multi-kills, Viper does not have any voice lines for when she gets a kill in her ultimate. Maybe this was purposefully done so that the player wouldn't lose sound cues when in the ultimate, which already heavily reduces vision. 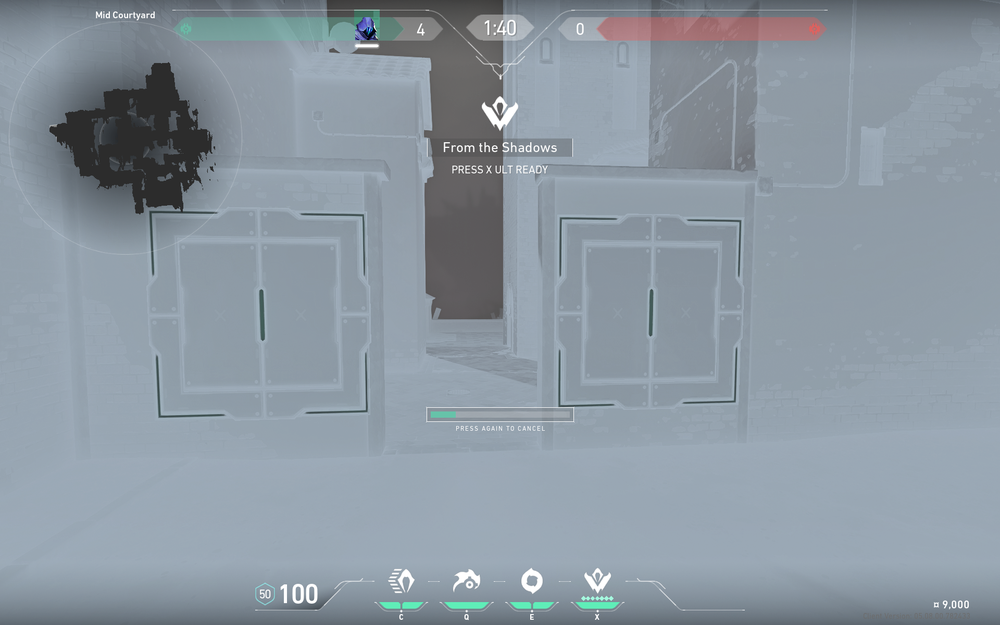 Omen’s “Scatter!” voice line never fails to scare the opponents, making them look behind them, re-checking corners, and even wandering back into their spawn to see where Omen will appear, especially in the lower ranks.

Omen players have several nifty tricks up their sleeves to utilize transportation to their advantage, including his ultimate. 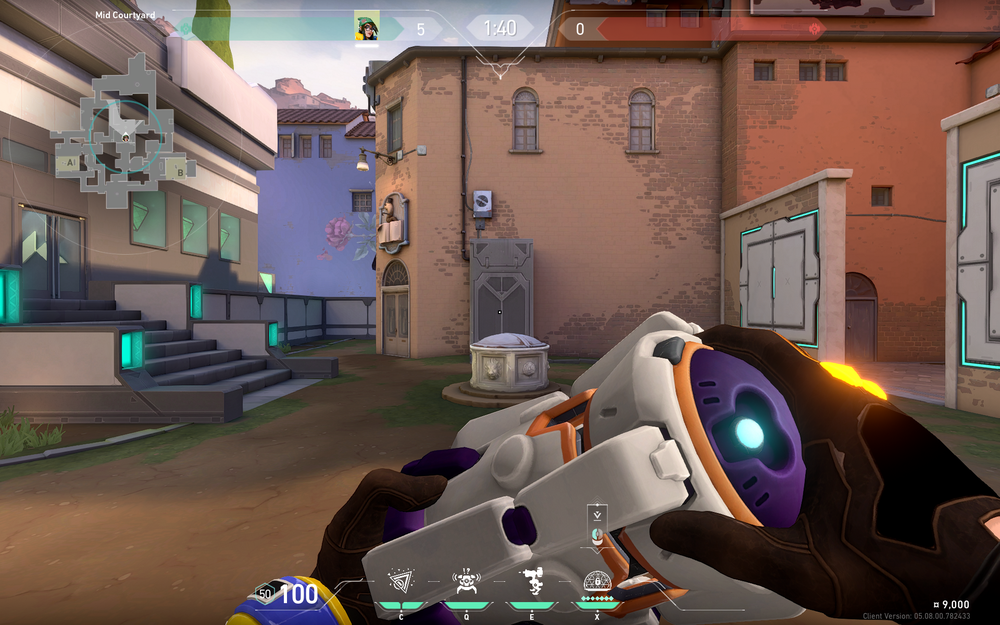 Killjoy is among the agents with the most voice lines in the game to begin. She also has many different lines depending on how many targets she detains in her Lockdown ultimate and whether she kills them or not.

It's unfortunate, but many of these lines are rarely heard since her ultimate is so easy to counter and is mainly used as a zoning tool. 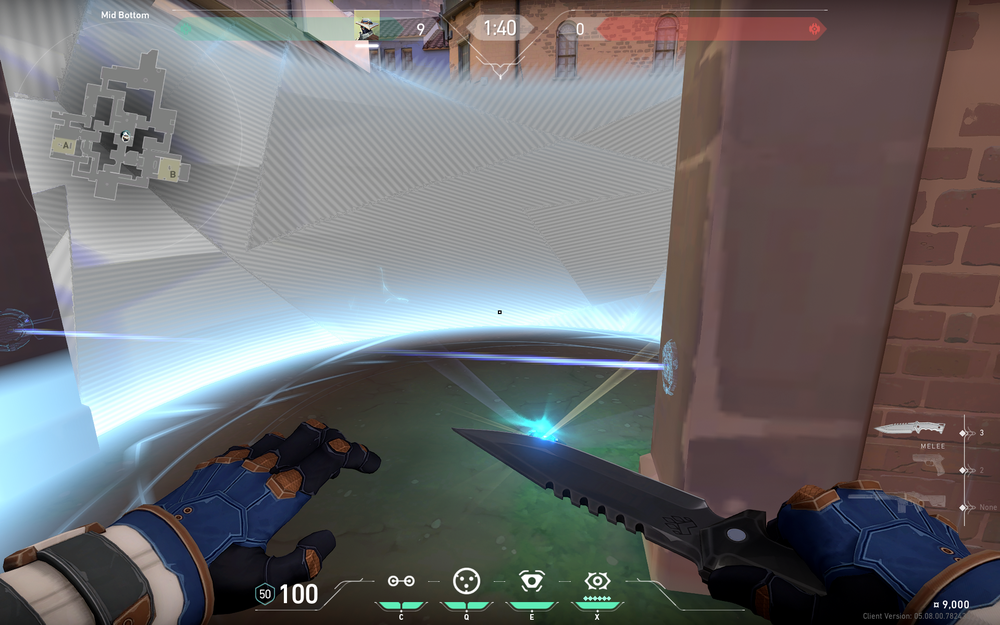 Cypher’s basic ultimate voice lines are fairly simple, but his “Give me a corpse!” voice line is one many players repeatedly spam in their games. It is a bother, though, when at times, the initiation of Neutral Theft is bugged and won’t activate even when there is a corpse. 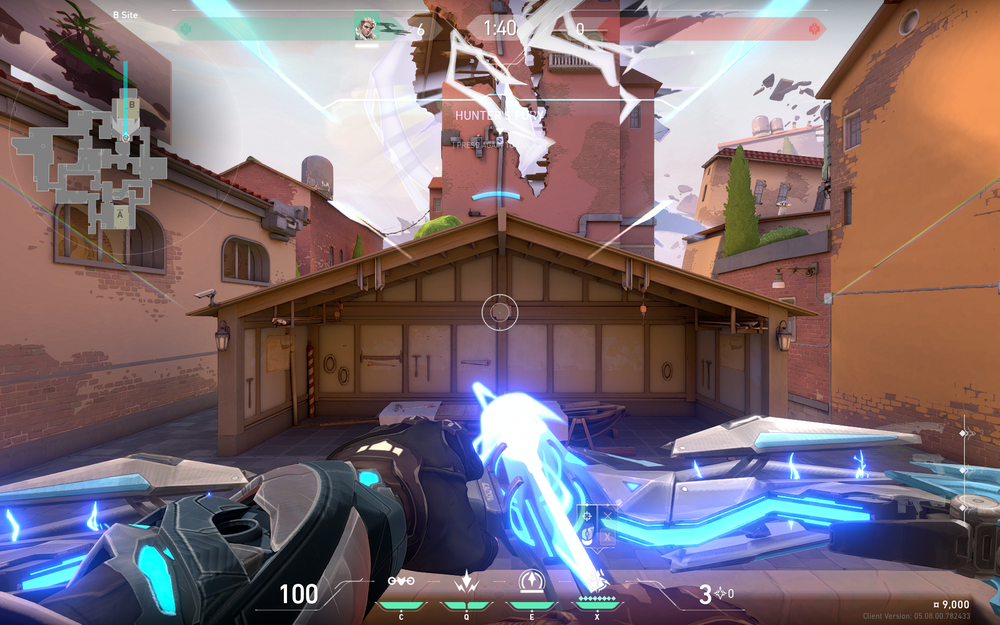 Sova has two pretty simple voice lines for his ultimate, both of which hint at his skills as a hunter with a bow and arrow. It would be refreshing to see him get a few more voice lines for Hunter’s Fury since Sova is one of the original agents in Valorant. 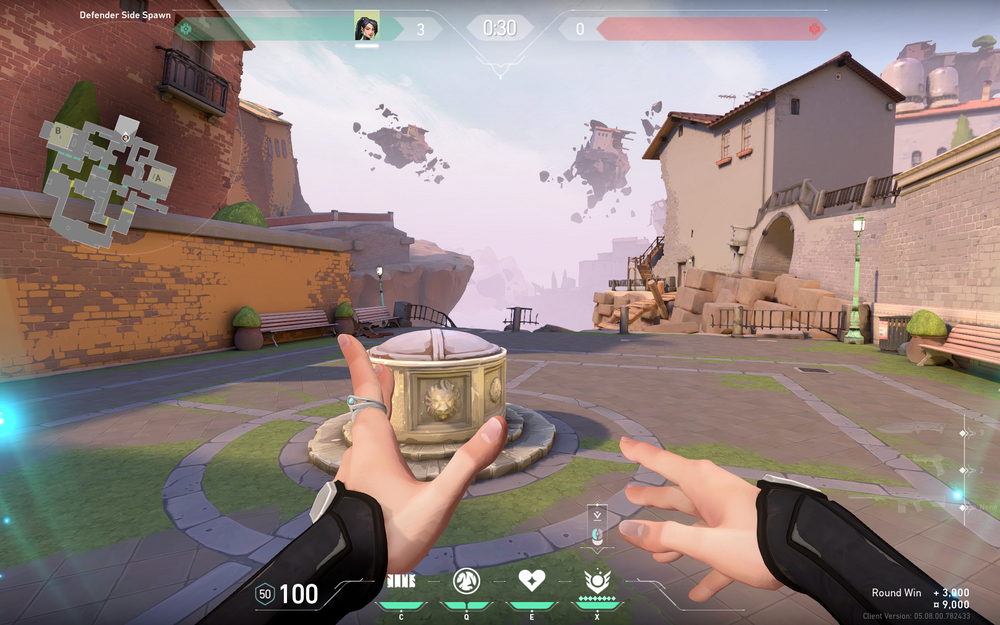 Sage’s ultimate is among the most powerful in a game with no respawns, and she, herself, is the ultimate support agent in Valorant. Her voice lines show us that she wants to get her teammates back to their to continue their work and keep fighting.

However, nothing is more embarrassing than shouting, “Your duty is not over!” and proceeding to get yourself, as well as your teammate, killed from resurrecting in a vulnerable position. 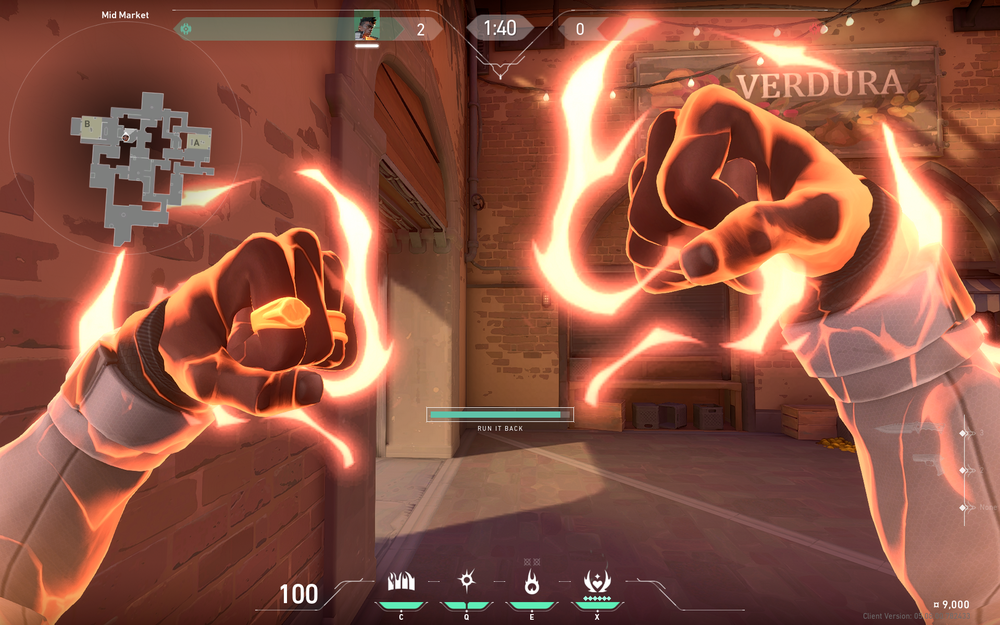 Phoenix is one of those agents with a very defined style, and his voice lines as he enters his Run it Back ability certainly show off his charm and attract players toward his person. 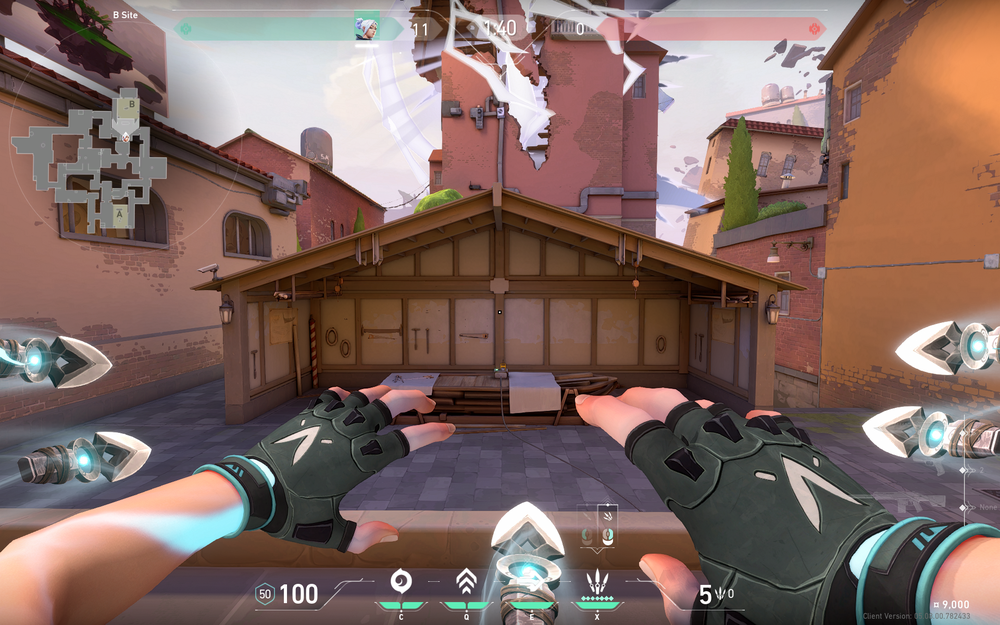 Jett’s aggressive ultimate voice lines perfectly go with her arrogance, where she dares her teammates to watch her bulldoze her enemies and her allies to prepare for an oncoming attack.

An impressive feature of her ultimate is that they will reset back to five once she manages to get a kill with her knives. Her voice line apparently suggests that she reuses the knives she takes out of her target's corpse. 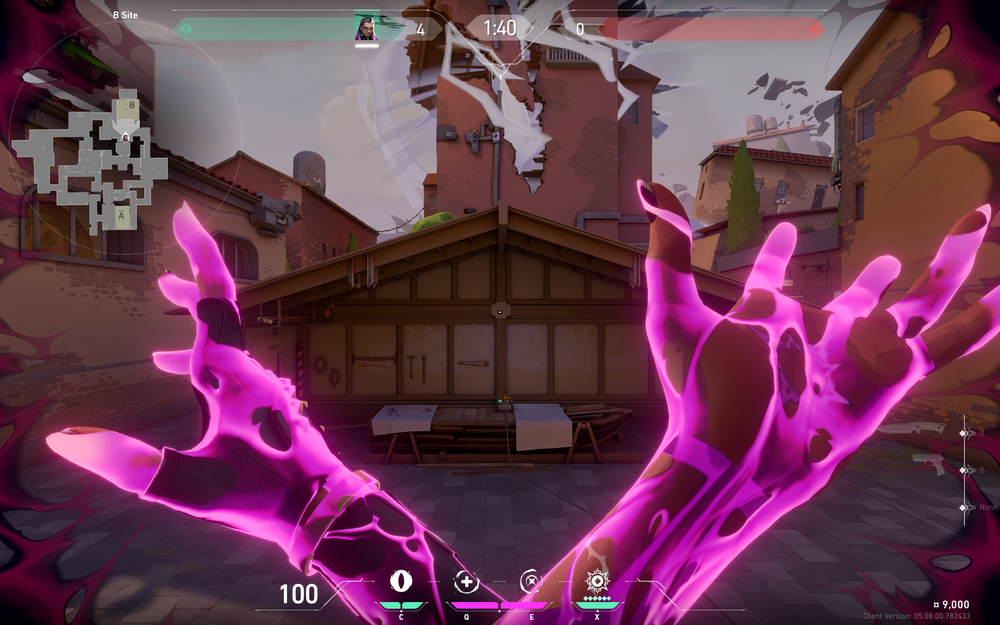 Once Reyna gets going, it is hard to stop her, and her voice line instills fear into the hearts of her opponents. Reyna is portrayed as an evil huntress whose enemy voice line is terrifying once you realize she is talking about hunting other players’ souls in order to eat them. 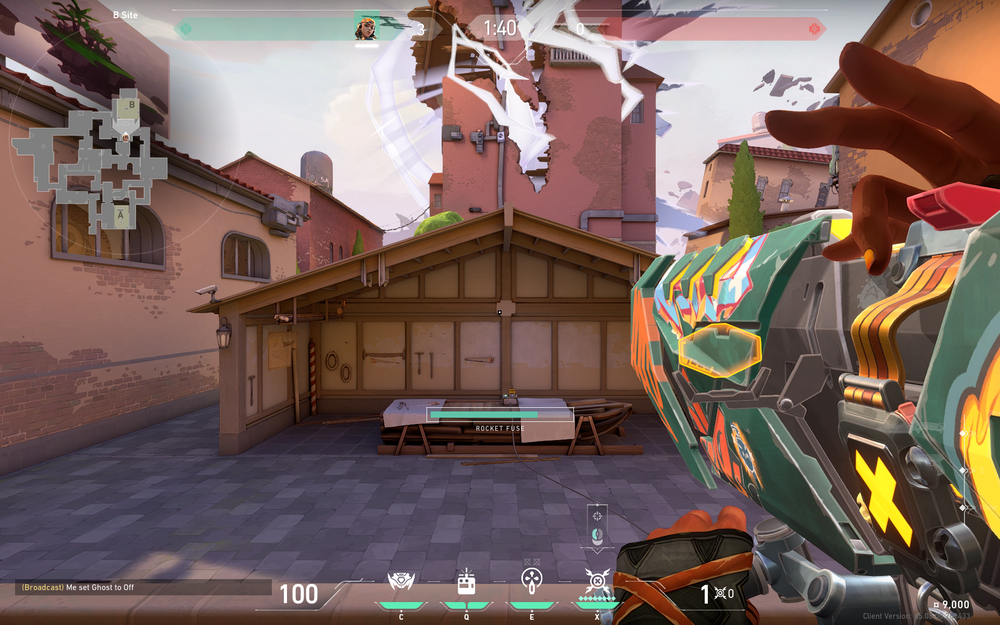 It isn't easy to convey the tone in which voice actor Carolina Ravassa acts out Raze’s Showstopper voice lines. However, they are as chaotic as ever, just like the high-powered ability itself.

It can be a bit embarrassing and unfortunate when Raze shouts at the top of her lungs to convey her voice line and ends up shooting her Showstopper into the wall, or worse, manage to kill herself with it. 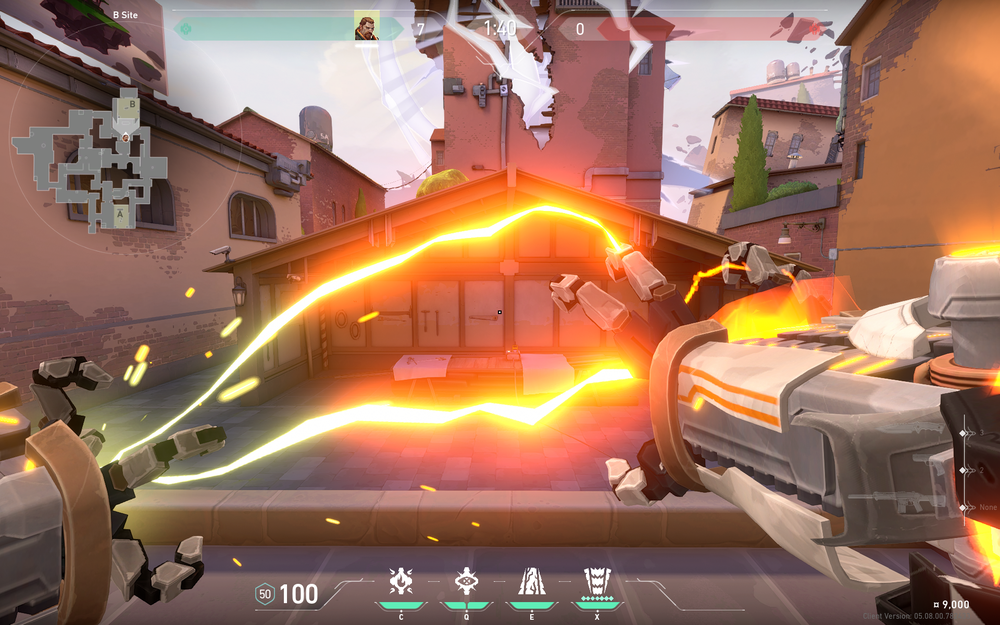 Unfortunately, Breach doesn’t have much when it comes to voice lines for his ultimate ability, called Rolling Thunder. His ultimate voice lines might be the most boring ones in the game, which is part of the reason why he is not famous among Valorant players. 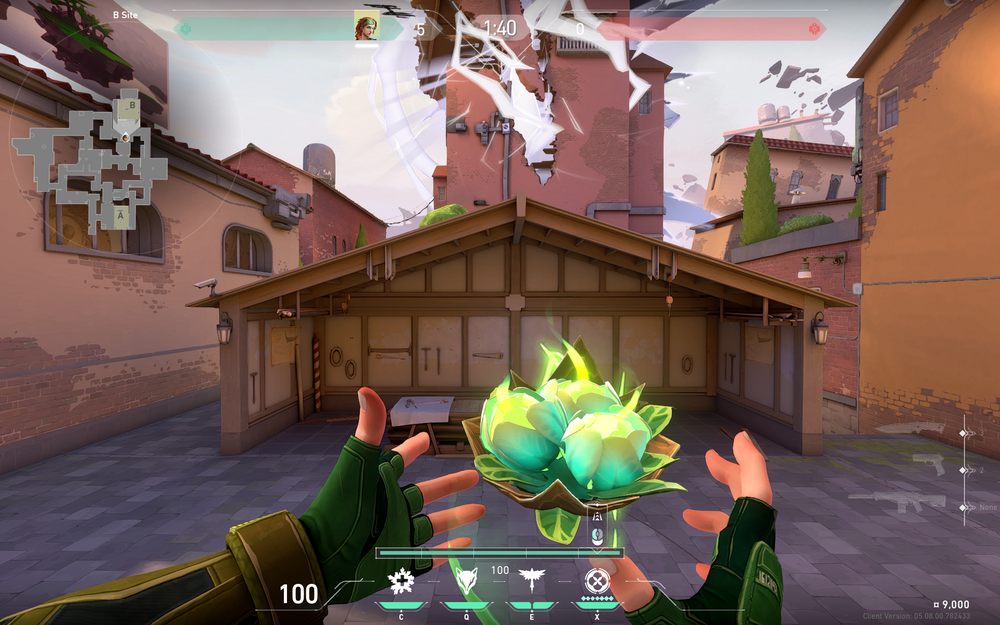 It is no surprise that Skye’s ally ultimate voice line is an order to the Seekers she is sending out since she prefers interacting with her animals anyway. Her call of “I’ve got your trail!” to the enemy team certainly brings mayhem and panic into the opposite team, who begin to look around them and wait for the growling noises of the Seekers. 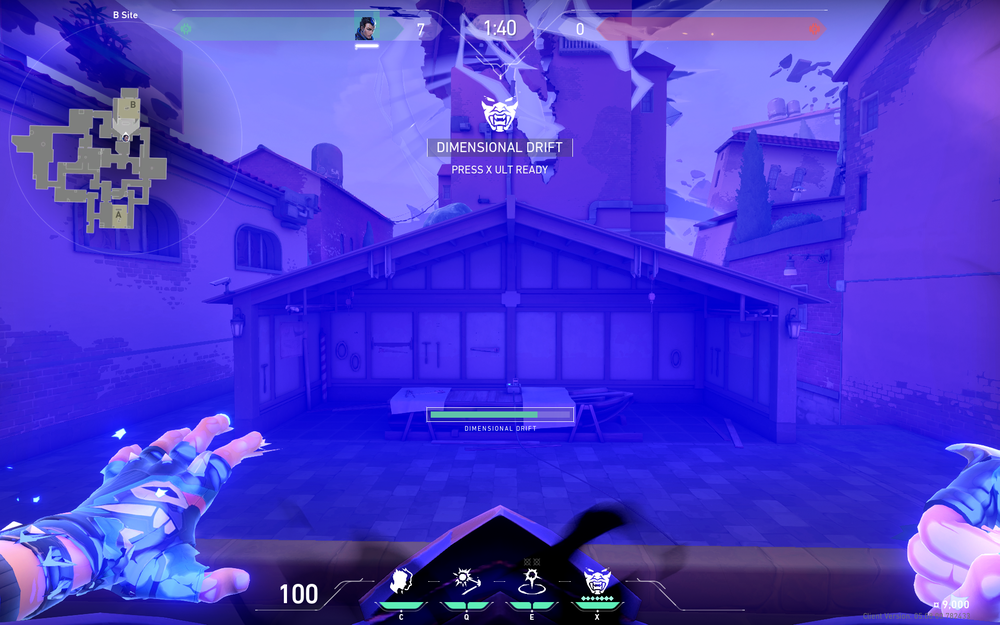 The agent continues to live up to his name with a bit of arrogance and swagger as he enters and exits his ultimate in style, both visually and aurally. You can feel his confidence emanating from his voice line, “I can handle this!” It also seems a bit optimistic for an ability used quite well to gather information for his teammates to play off of. 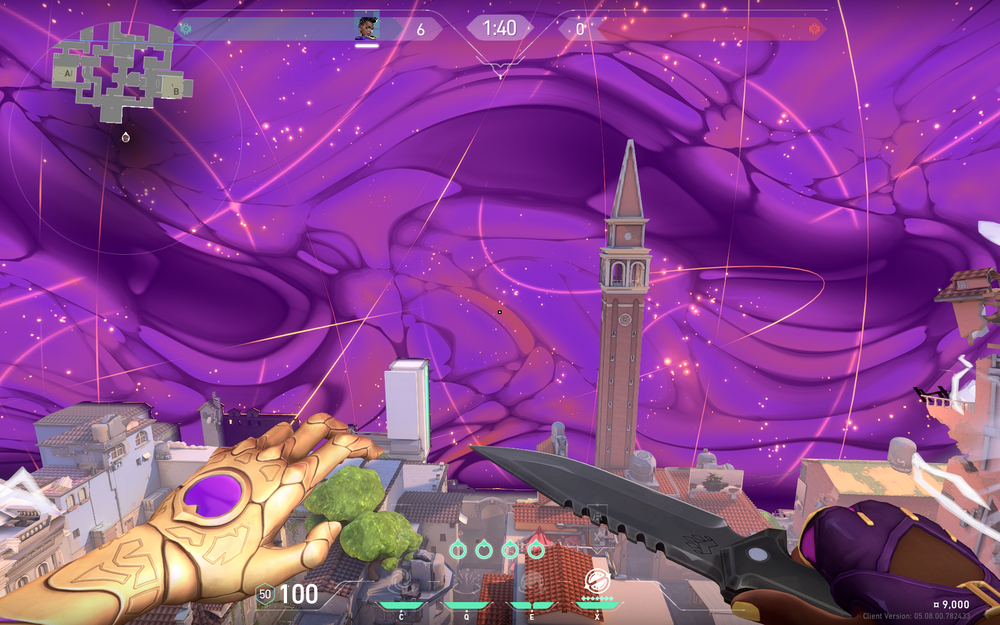 Astra’s ultimate voice lines are almost similar on the ally and enemy sides and are mostly basic. However, she does have a bunch of other really great voice lines and interactions with her teammates!

Astra is among the most powerful agents in Valorant lore-wise (she can quite literally control the stars!), so it would be amusing to see her have a bigger voice line for her ultimate. 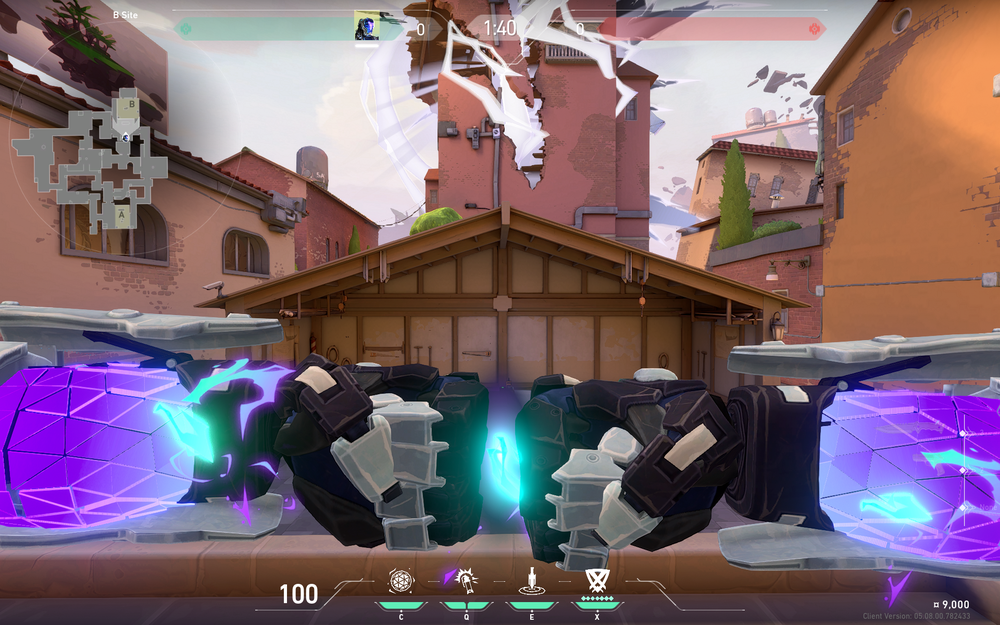 KAY/O sure has a lot to say, for a non-operational robot, when he gets knocked down in the midst of using Null Command. At least, there is a 1-in-5 chance of him thanking the player who resurrects him, so a silver lining, no? 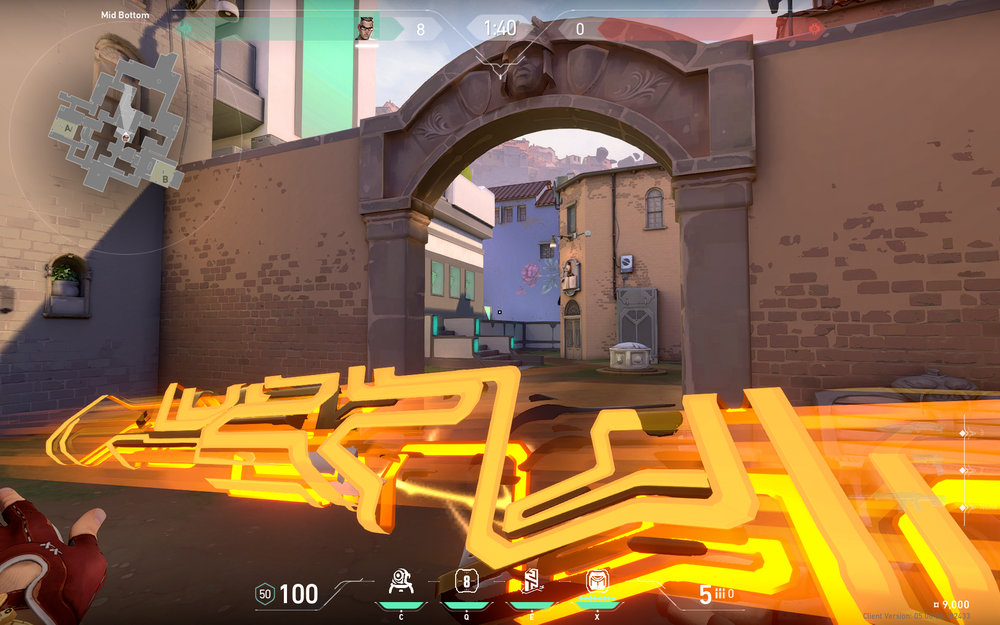 Chamber’s Tour de Force voice line is another one of those that sends a chill down the spine of anyone who hears it, especially his enemies. Chamber is aware of this fact, too, which is why he invites his enemies to come out and play. 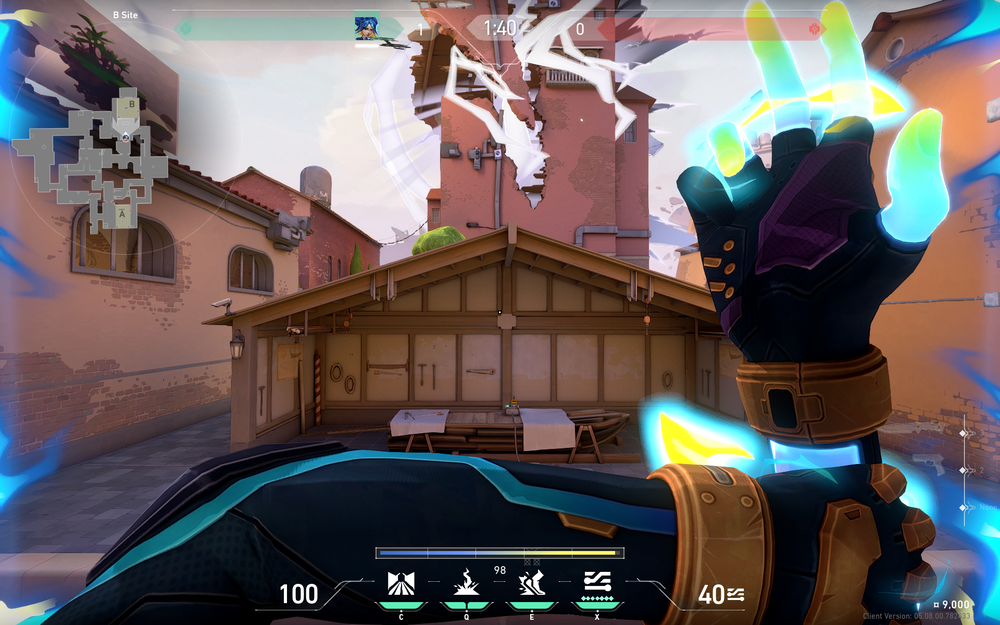 We don’t really know for sure what Neon is upset about, but it is pretty evident that she is mad and will zap you if you come in her path. A surge of energy permeates her entire body as she prepares for battle. 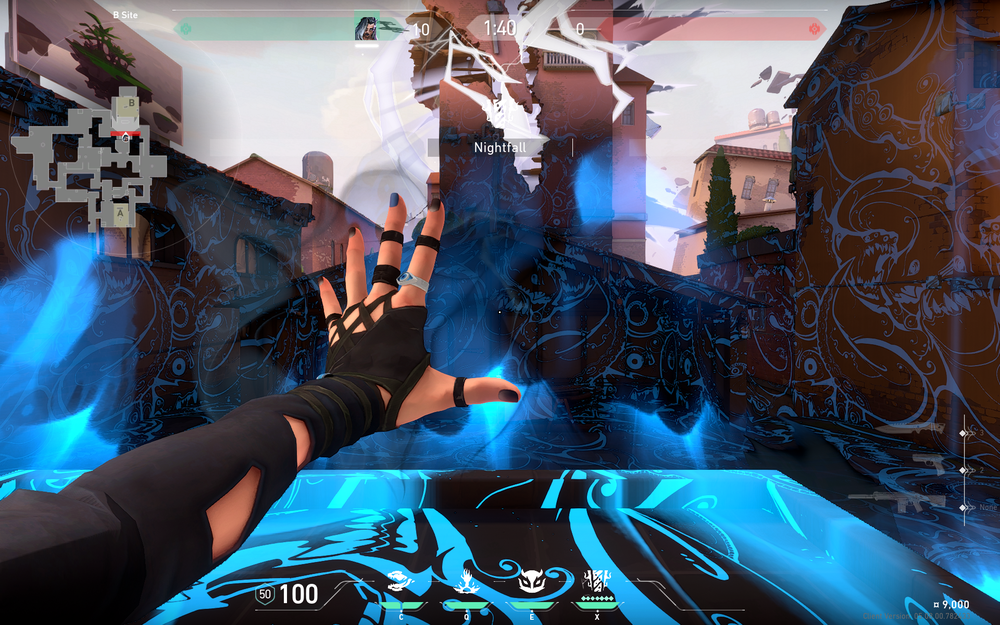 All of Fade’s voice lines seem to point towards a deeper meaning and add to her dark, peculiar, and mysterious character. It does end up being quite a terrifying and horrible experience once you get hit by the ultimate. 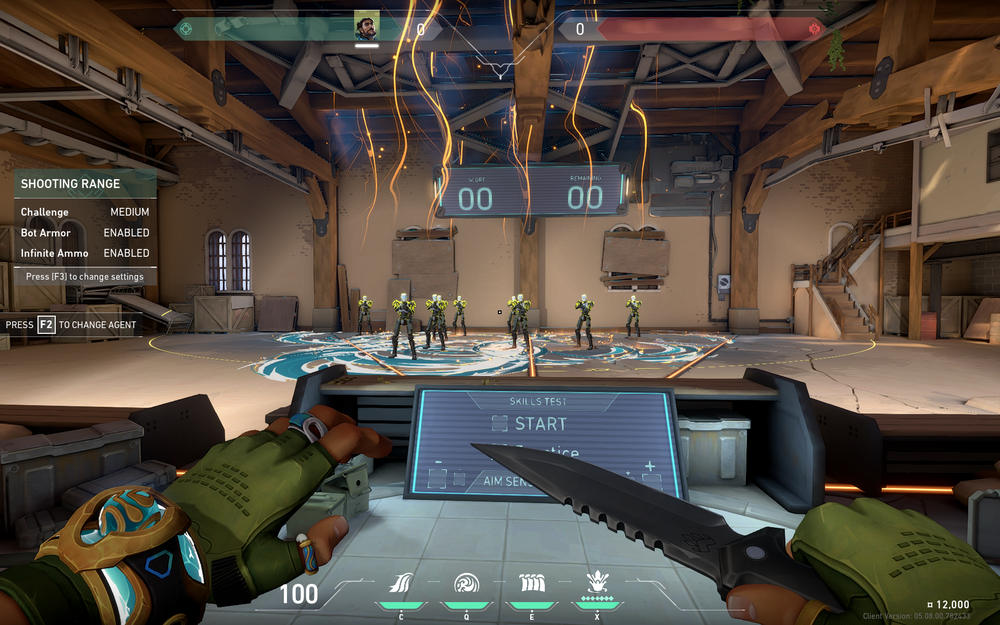 We learned two of Harbor’s ultimate voice lines for his ultimate ability from the influencer patch that allowed some players to get their hands on Valorant’s newest agent early. In his ally voice line, he calls on his team to work together in tandem with his geysers.

However, the enemy voice line warns the other team about his power, similar to Jett’s voice line.

What is the price of Valorant Points?
In this article, we are going to take a look at the ways you can buy Valorant skins and cosmetics. We will show you some of the prices you can get Valorant points for across a few...
18/04/2022
1807 Views

VALORANT: How Do the Pros Play Reyna?
This time we take a look at how the pros play the ranked menace that is Reyna, and how you can apply it to your own game
20/12/2021
2098 Views

How To Refund Valorant Skins - Step By Step Guide
Which items can you refund? How long does it take to return your money? Can you refund items purchased a long time ago? These questions will be answered in this article.
10/12/2021
3093 Views

Compilation of all Valorant Voice Actors
The voice actors behind VALORANT have done an incredible job bringing the heroes to life, and we wanted to take a closer look at the people that made this possible. In this articl...
26/01/2022
4543 Views
Comments
No comments yet
Please login to leave a comment.
Login
Matches
Upcoming