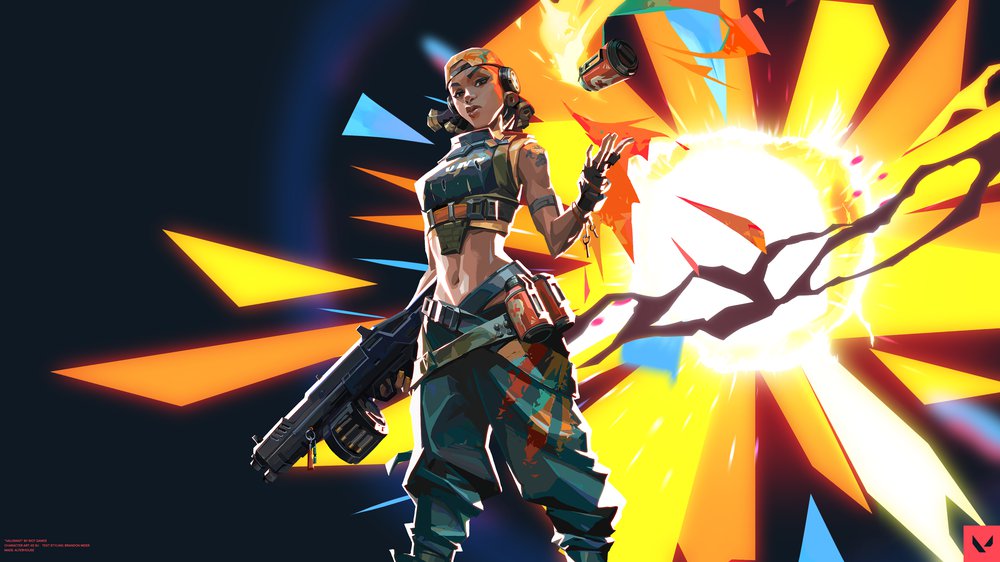 Raze is a duelist. Duelists are the most aggressive players on a team. They are self-sufficient fraggers and are expected to find the opening pick. Raze was released in the beta phase and quickly became a very popular Agent both in ranked and in the competitive scene.

In maps like Split and Bind Raze is considered the best duelist. The agent is very versatile but in smaller maps is where she really shines. 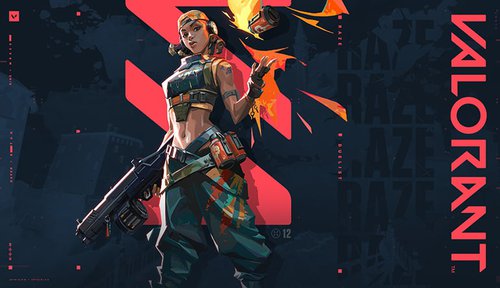 She is the second most used duelist after Jett in the competitive play. Her kit allows her to accelerate the pace of the game and unlock rounds in favor of her team.

So let's take a deep dive into Raze's abilities.

An in-depth look at Raze's abilities

Has a duelist Raze is supposed to seek fights, engage the enemies, and find the opening pick most times wining that area of the map for her team. Her utility is one of the best in the game for clearing choke points. 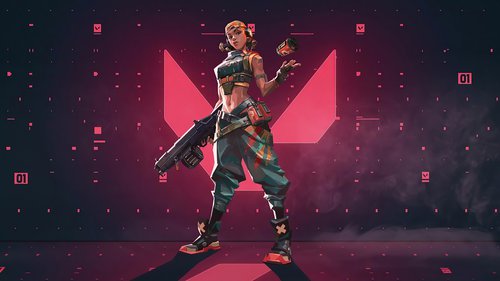 Raze is not one of the most difficult agents to learn. However, you have some mechanics you will need to practice in order to get the hang of it.

Raze equips a Boom Bot that when fired will travel in a straight line bouncing off walls. When it locates an enemy it will chase them. Enemies can fire at the bot to destroy it or use abilities. If the Boom Bot is not destroyed it will chase the opponent player and when it gets too close will explode dealing damage. 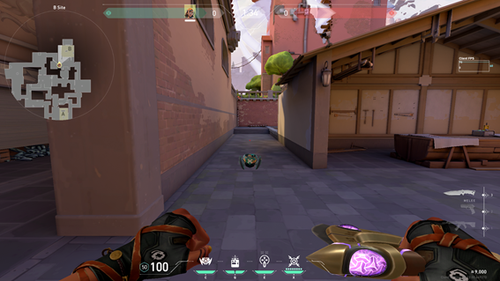 This ability is perfect to clean choke points, the back of bombsites. The enemies will have to either destroy the Boom Bot revealing their position, leaving that area making it easy for you to enter that area, or get damaged by the Boom Bot explosion.

On pistol rounds especially the Boom Bot can be very impactful. You use this ability like the Sova drone, to take information and clean some spots in the area.

The Blast Pack allows Raze to jump into certain areas of the map, like some boxes, that otherwise, she would be able to get. You have to be careful because the Blast Pack can damage allies. However, it doesn't do damage to Raze. 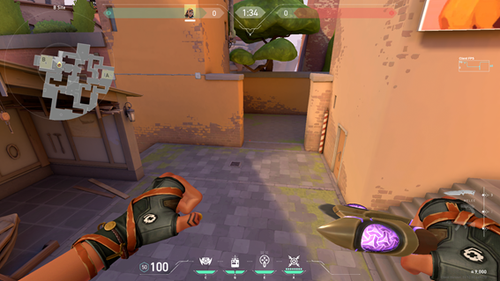 Blast Pack can be used to pick angles at a very fast speed. You can detonate the Blast Pack jumping into an area allowing you to pick an angle at a very fast pace. Double Blast Packing in the bombsite or other areas of the map is also very useful. However, this is a mechanic that can take some time to get used to. But is one mechanic you should for sure perfect since it gives much more play options when using Raze.

Raze equips and throws a grenade that upon landing on the flor explodes dealing damage to those in that area. 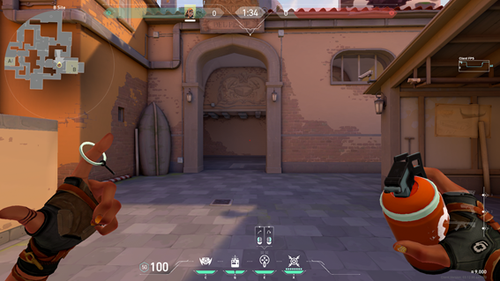 When Raze gets two kills Paint Shells will recharge and you will be able to use the ability once again. This is commonly used to clear some choke points or areas of the map where the enemies normally play.

Show Stopper allows Raze to equip and fire a massive rocket that deals damage in the area it gets in contact with. 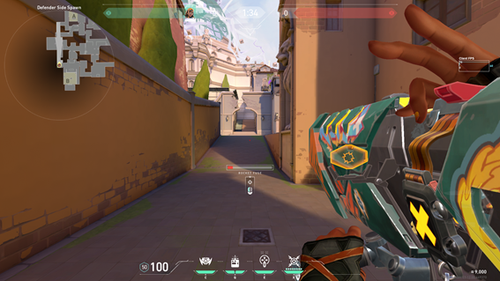 If an enemy gets it by Show Stopper it will instantly die. Raze ultimate is one of the strongest in the game when well used. However, sometimes players can use the ultimate and not get much value out of it.

How you should Play with Raze

As a duelist, the main objective of Raze is to get entry kills. To open the bombsite for her team and win the initial duels. You want to double blast pack into the bombsite catching your enemies off guard getting a kill or two and opening the bombsite for your teammates.

You should also use your Boom Bot to "scout" some parts of the map especially choke points. Like hookah on Bind for example, or heaven on Split. It will give the information if someone is there and force them to either retreat or show their position. 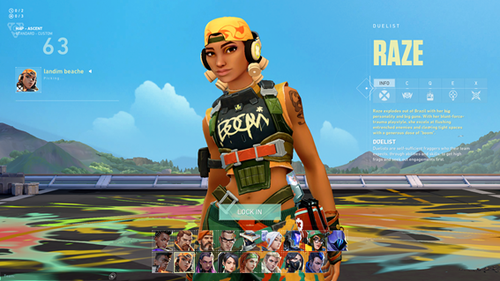 Raze paint shells are also great to clear some corners or force enemies out of a part of the map. In closed maps like Bind and Split the grenade is even more useful. Since the area is smaller and it allows you to force your enemies out. Gaining control of that area just by throwing the grenade.

She can get to spots that only Jett can also reach, by using the Blast Pack. Enabling her to play angles that are not very common or that favor her a lot.

Like any other duelist Raze as to frag out to be useful to her team. However, like pointed above she can use her abilities to help her team gain control of certain areas of the map.

There are some maps where finding value on Raze is difficult. In Breeze, Icebox, Raze is not a must-pick Agent like others. Her abilities are also not as effective in larger maps. So you will probably struggle a little bit when playing on these maps. 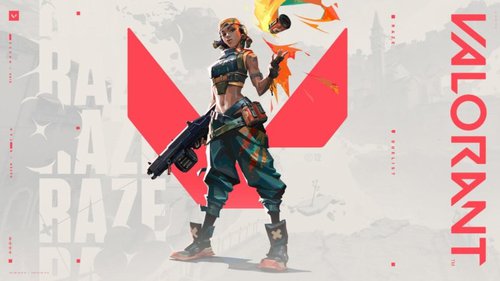 The main issue is that Jett is overall better than Raze. Almost everything Raze can do Jett can do it better. Especially when it comes to playing with the operator. Something Jet it's by far the best Agent to play with.

I hope this guide helped you understand how you should utilize Raze to the best of your abilities. Her strengths, weaknesses, what makes her one of the best duelists in the game, and how to find success with her.

Does VALORANT MMR Decay?
Check out this article to learn all about Matchmaking Rating decay in the FPS shooter Valorant.
31/12/2022

How To Refund Valorant Skins - Step By Step Guide
Which items can you refund? How long does it take to return your money? Can you refund items purchased a long time ago? These questions will be answered in this article.
10/12/2021

Yoru Valorant Guide
An in-depth Yoru Valorant guide that will explain everything you need to know about the Agent and the best way to play with it. From his strengths to weaknesses you will find ever...
18/01/2022

How Cloud9 White Dominated Game Changers
I take a look at the colossus that is Cloud9 White. They've topped the female and marginal gender scene for some time and I breakdown how they've become just so dominant on Bind.
04/10/2021
Comments
No comments yet
Please login to leave a comment.
Login
Matches
Upcoming