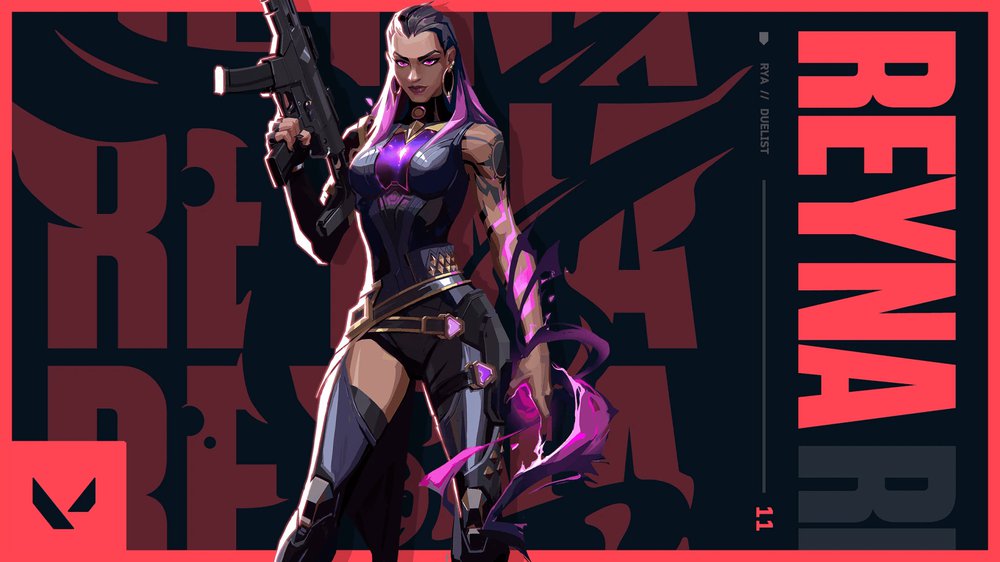 Reyna is one of the five available Duelists in the game. The agent was added to the game with Patch 1.0, which was published on 1st of June 2020.

Every Agent in the game has a role, and Reyna is a Duelist. The role of duelists is very simple - try to find an open kill in the round and enter the site. The agent has abilities that allow she to neutralize an opponent and extend her own life in the round.

So let's take a deep dive into Reyna's abilities.

Soul Harvest is a passive ability. Enemies that die to Reyna, or die within 3 seconds of taking damage from Reyna, leave behind Soul Orbs that last 3 seconds. 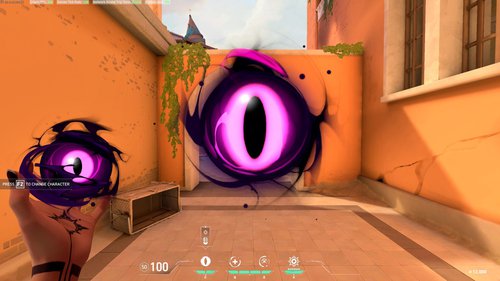 Leer is a blind ability, which Reyna must equip before casting. This ability, identical to the ability of Omen (Paranoia) and Skye (Seekers), because it has the effect of nearsight. Now, all nearsight abilities have a vision range of about 5 meters. Convenience is the ability in that Leer does not blind his allies. Its disadvantage is that this "eye" can be easily broken, thereby reducing the duration of the ability.

Devour is a Sustain ability, which Reyna can use when the Soul Orb is on the ground. When you used it, between Reyna and the orb creates a tether, which rapidly heals for the duration. Devour can’t replenish Reyna’s shields, but can give her Overheal to gain a total of 150 HP. 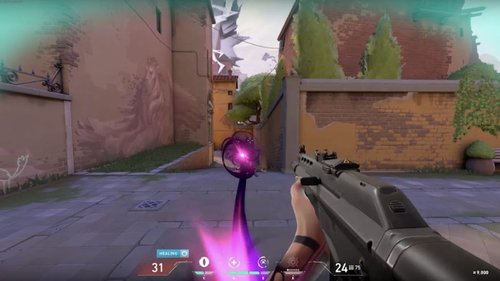 If there is an obstacle between the agent and the orb, then the teaser is interrupted, and the treatment stops.

During Empress, when Reyna kills someone and an orb appears, Devour is activated automatically without pressing a key and without removing the use.

Dismiss is a Mobility ability, which Reyna can instantly use when the Soul Orb is on the ground. When Reyna casts Dismiss, she becomes intangible and immune to any incoming damage. But the weak point is the ability that you are also unable to use any weapons or other abilities for the duration. 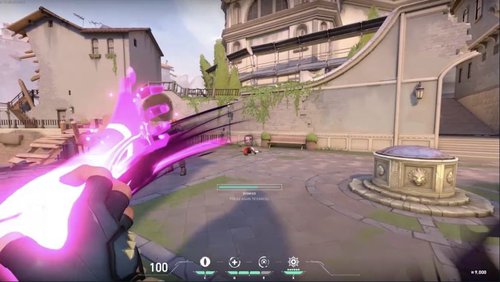 The Empress, ultimate ability for Reyna, which increases an agent’s power. When she's using Empress, Reyna increases firing, equip and reload speed. She also receives unlimited uses of Soul Orb, with Devour automatically casting without consuming the orb. When Reyna kills an agent under Empress, she receives extra seconds for the duration of the ability. 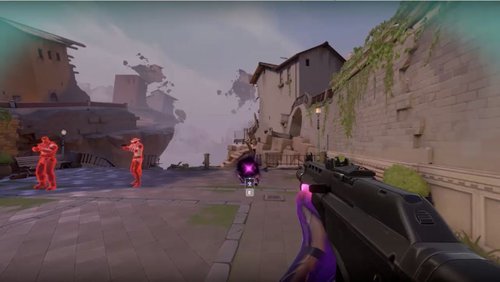 How you should Play with Reyna

Only good aimers and mechanical strong players should play on Reyna, because this agent decides the fate of the match alone. Reyna has abilities that can extend her life, neutralize an opponent, and escape a firefight. She doesn't even really need help to deal with all the rivals, especially if she is under the influence of Empress. You don't have to wait for something, you just need to go out first in almost all cases and try to execute the site. 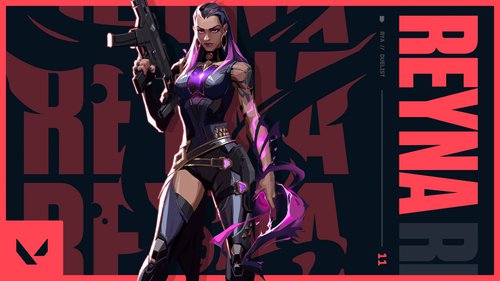 In this section, it should be mentioned that before, Reyna was even stronger. As an example, Leer costed only 200 credits, Devour/Dismiss - 100. The latter generally had four charges, instead of two as now. If you look at the competitive scene, as an example, the stats from VALORANT Champions, Reyna is not particularly popular, which is why.

It's not really about her, but about Jett, who is the most powerful duelist in this game. Reyna has only a 23% win rate, while Jett - 82%. And the meta now is when you have enough of one duelist, you just don't need two. But it is worth noting that Reyna is currently in second place in the top of the best duelists. Raze and Phoenix are a little behind, and practically no one chooses Yoru.

I hope this guide helped you understand how you should utilize Reyna to the best of your abilities. Her strengths, weaknesses, and how you can find the most value with him in the attacking and defensive side.

tarik: Valorant Settings, Crosshair & Gear (2022)
Tarik "tarik" Celik is one of the biggest Valorant streamers in the world. The North American quickly rose to the top of the streaming mountain, as he is a great player and except...
06/05/2022
4325 Views

How 100 Thieves beat Gambit
A breakdown of how 100 Thieves' off-meta icebox composition gave them the edge over Gambit with a structured game plan and great execution.
16/09/2021
2022 Views

How to Fix Lag And High Ping In Valorant
After the latest update from Riot Games, many Valorant players are reporting high ping issues in the game. Gaming enthusiasts know the importance of a smooth, lag-free gaming expe...
21/12/2021
2781 Views

How to Boost FPS in Valorant - 9 Methods that Work.
If you've ever played a game with low FPS, you know how frustrating it can be. The game is slow and choppy, the motions are jerky, and there's no way to enjoy it. You might think ...
11/01/2022
2869 Views
Comments
No comments yet
Please login to leave a comment.
Login
Matches
Live