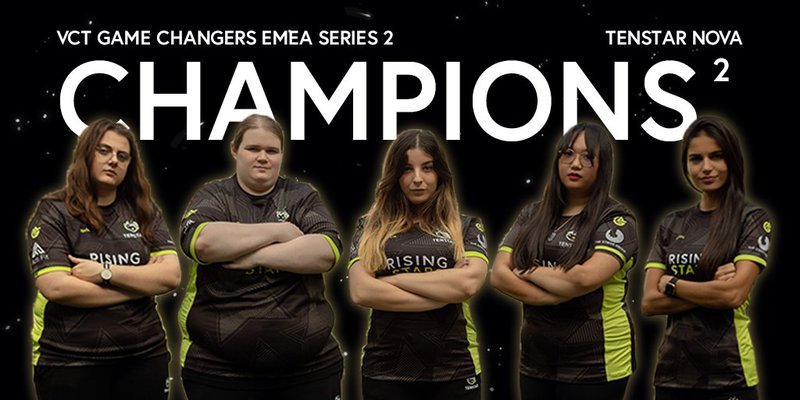 TENSTAR Nova came back from a 2:0 deficit in the grand final of VCT: Game Changers EMEA Series 2 to win the tournament over Oxxgen Esports, 3:2.

Oxxgen Esports had a good start in the first map, won first six rounds. TENSTAR Nova managed, firstly, to close the gap to 4:8, then 10:10. But the last three rounds were taken by Oxxgen Esports, which helped them to win Bind 13:10.

The second map was similar to the first. Oxxgen Esports again took the lead, TENSTAR Nova again made a comeback in the second half, but again Turkish squad won the last three rounds, and took the second map in a row.

Not many can win the final, losing 0:2, but TENSTAR Nova succeeded. They won Split with difficulty, taking the lead the whole game, won 13:10. The next two maps were given with ease. TENSTAR Nova won Breeze 13:8, and Ascent 13:6, became 2x champions of VCT: Game Changers EMEA Series 2.