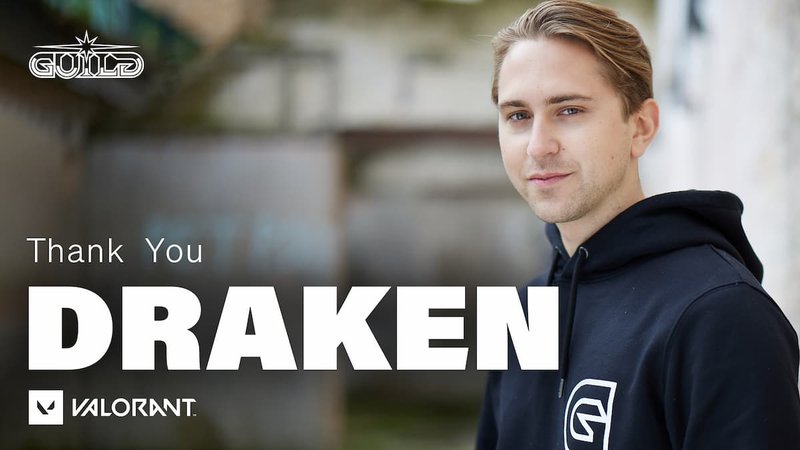 Draken makes his return after he departed from the London-based organization earlier this month, with the player citing that he'd be taking a break to focus on "friends & family to reload his batteries and be prepared for the next journey" that was supposed to last through June and July. His absence lasted two weeks.

In the announcement tweet, Guild revealed they have evaluated "all options" but have still opted to re-sign draken. The team believes "this gives [them] the best opportunity for success at this VCT".

Guild return to competition on June 30, when the VCT Stage 3: Challengers 1 Closed Qualifier begins. The Swedish squad will be joined by seven other top European teams, as well as eight teams straight from the Open Qualifier.

Guild Esports are back to: