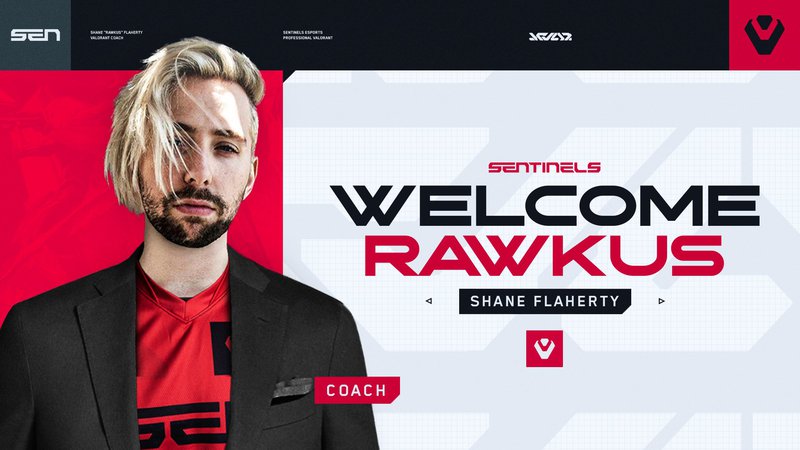 For Rawkus it will be the first experience as a coach. Previously, Shane played in Overwatch under FaZe Clan and Houston Outlaws tags. In last August he retired from Overwatch, and started their career in VALORANT. During this time he performed as a FaZe Clan player, helped the team to win VCT 2021: North America Stage 1 Challengers 3.

FaZe Clan failed North America Last Chance Qualifier, eliminated by Version1 in Lower Bracket Round 1. Now Rawkus will help one of the best NA team in VALORANT - Sentinels, to win the VALORANT Champions in Berlin.