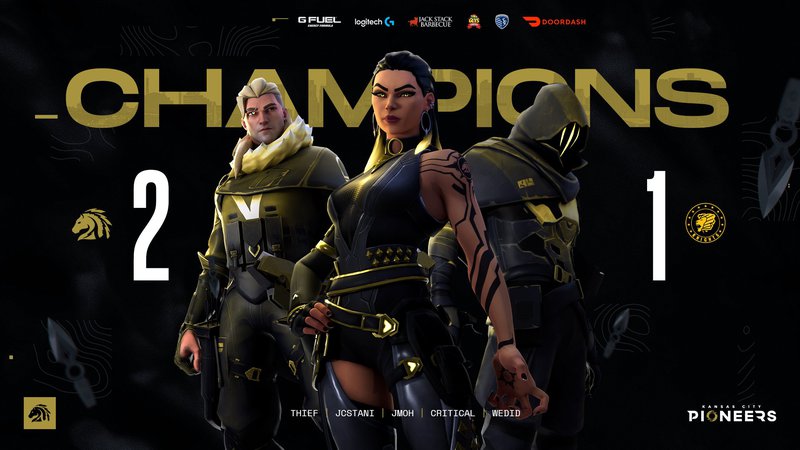 Valorant Elite Showdown is a tournament for 64 teams from North America with $25,000 prize pool. Among the participants were such eminent teams as: Evil Geniuses, NRG, TSM Academy, Pioneers, Built By Gamers, DarkZero Esports, Ghost Gaming etc.

In the grand-final of Valorant Elite Showdown, Pittsburgh Knights met with Pioneers. The first won against Border Monsters, Evil Geniuses and Team Seam. The second in the last stages managed to beat TSM Academy, Built By Gamers and NRG.

Pioneers crushed the opponent in the first map, Haven, 13:2. Pittsburgh Knights answered with a victory on Bind, 13:10. By all the canons of Hollywood films, the third card came out tense and dramatic. The initiative passed from hand to hand, and at the decisive moment, Pioneers didn't shake their hands. 18:16 on Ascent and Pioneers became the champions of Community Gaming Valorant Elite Showdown.