dicey and b0i to step down from 100 Thieves 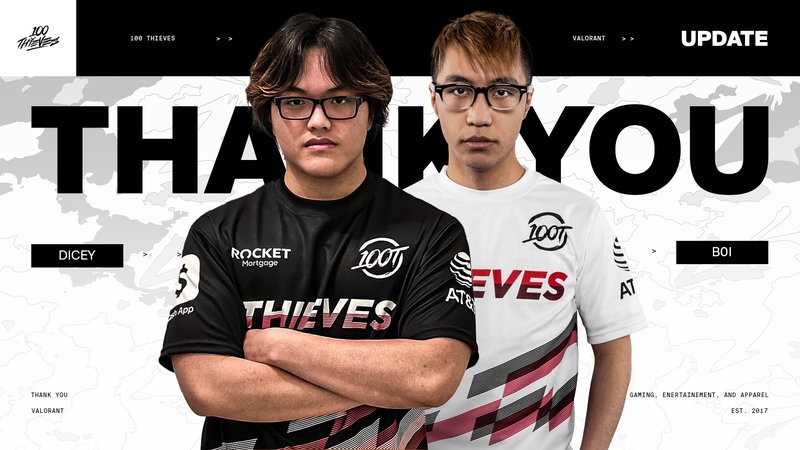 100 Thieves have announced the departure of Quan dicey Tran and Aaron b0i Thao.

Originally, Quan dicey Tran have joined 100 Thieves with Peter Asuna Mazuryk from Immortals, in October 2020. They managed to win First Strike North America with 100 Thieves in last December. But after failing VCT 2021: North America Stage 1 Challengers 2, where 100 Thieves took only 5th-6th place, dicey was replaced by Ethan "Ethan" Arnold in this February. From then until today he was inactive, and now he has become a free agent.

Aaron b0i Thao have joined 100 Thieves in this July and became a substitute for two months until the end of the September, when he was moved to starting lineup instead of steel. With b0i, 100 Thieves finished only 3rd at VCT 2021: North America Last Chance Qualifier, lost all chance to visit VALORANT Champions.

Remind that recently, 100 Thieves parted ways with their coach, FrosT.