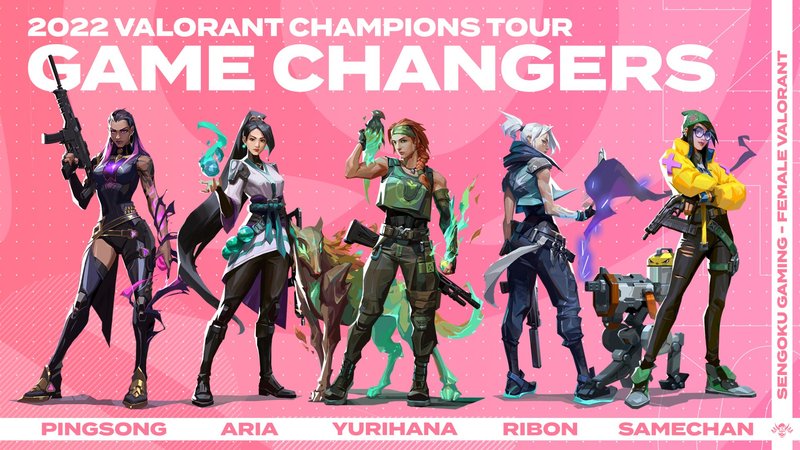 The Japanese organization Sengoku Gaming announced today their female Valorant team, which will represent the organization in the upcoming Game Changers Japan.

This continues the trend of multiple Japanese organizations entering the female Valorant scene in the past couple of weeks.

Organizations such as ZETA DIVISION, IGZIST, and Northeption have also recently entered the female Valorant competitive scene, so the female scene has seen rapid growth in the Japanese region.

Game Changers Japan is just around the corner, with the open qualifier starting tomorrow so we don't have to wait long to see this new roster in action.

If Sengoku Gaming manages to place top four in the open qualifier they will qualify for the Game Changers Japan Main Event.

It's great to see more and more investment in the competitive Valorant female scene, and hopefully, other regions will follow in the same steps.