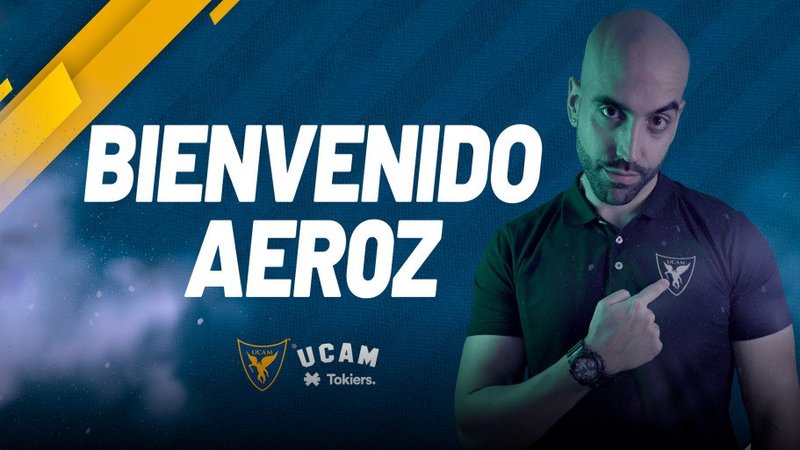 UCAM Tokiers announced today on Twitter the signing of ex CS:GO player and coach, Marcos "aer0z" Gonzalez, that will assume the head coach position in the team.

The team had a great performance In the VRL Spain: Rising Stage 2, which saw the team finishing fourth in the regular season.

In the playoffs, UCAM Tokiers surprised a lot of people and made a very deep run, defeating Arctic 2-1 in the Quarter-Finals, and then beating Giants Gaming, one of the favorites to lift the trophy, 2-0 in the Semi-Finals.

However, in the Grand Final Case Esports dominated the series comfortably winning it 3-0, becoming the champion of the VRL Spain: Rising Stage 2, and qualifying for the VRL Finals.

A little bit over that all the players from the organizations were allowed to search for new opportunities, with UCAM Tokiers officially releasing the entire roster on August 8th.

Marcos "aer0z" Gonzalez is an ex CS:GO professional player and coach who has a lot of experience in the Esports world.

aer0z recently switched from CS.GO to Valorant, and started his coaching career in the Riot Games FPS on ZETA Gaming, a Spanish team that plays in Liga Radiante, the second division of Spain.

He is the first piece of this rebuild UCAM Tokiers is undergoing, and the new roster will for sure have his fingerprint on it.

Now we will need to wait and see who will be the players that will represent UCAM Tokiers in the 2023 VRL Spain: Rising Stage 1.