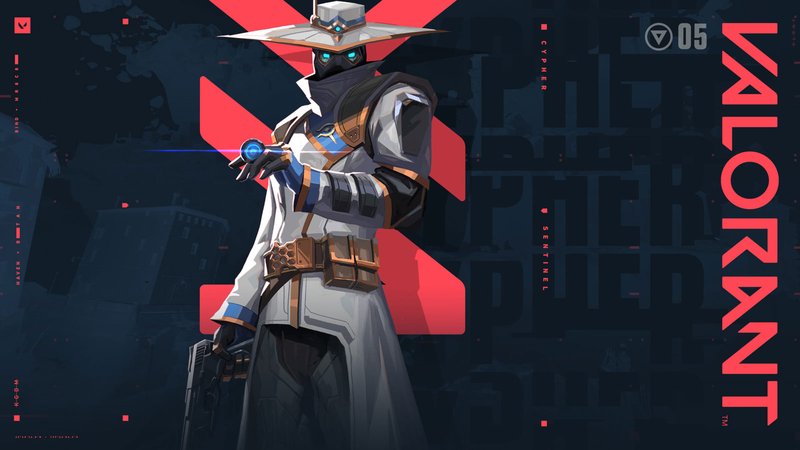 The developers of the FPS shooter VALORANT officially notified the community that they are strengthening Cypher, one of the original sentinel agents.

Cypher is an agent who has been in VALORANT since the beginning of the game, starting with the beta. Back then, he appealed to a lot of players. Literally, everyone wanted to learn how to play him. Players found different cameras and unusual stretches and created multiple setups for each map. But as time went on, other agents appeared, Cypher was weakened and fell out of the meta.

But luckily, the developers of VALORANT have told us that they are preparing changes that will strengthen him.

"Something that players can look forward to is we are buffing Cypher. That will be coming soon," - said Alexander Mistakidis, character designer.

It is not known precisely when the Cypher buff will take effect. It will likely be very soon since Episode 5 Act 3 began today. Let's keep an eye out for PBE, which will feature the buff of Cypher for the first time. As a reminder, the Public Beta Environment occurs several times a month, Friday through Monday.

If you still don't know about the new patch in VALORANT, let's check our article about Patch 5.08.