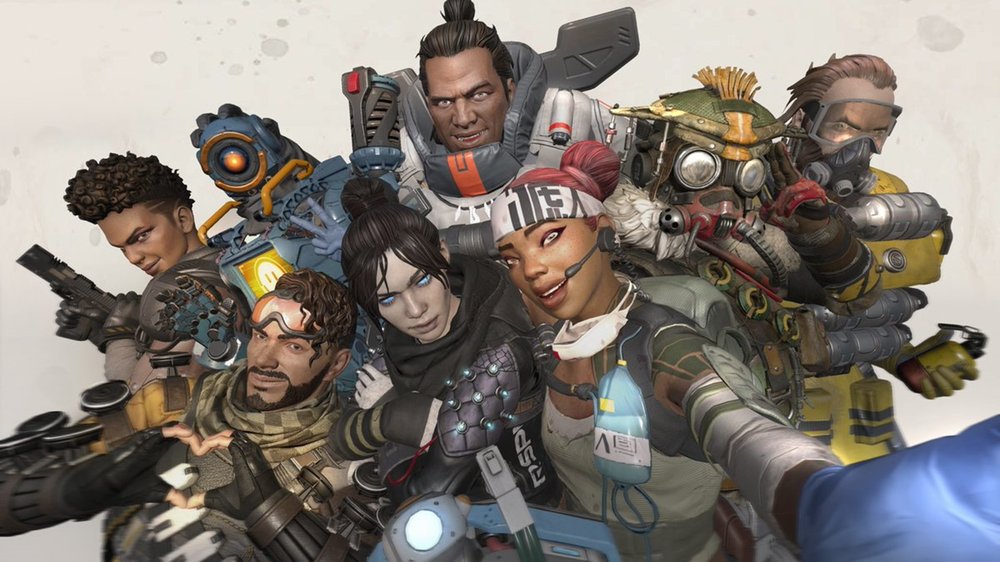 The ever-increasing characters in Apex Legends are its most significant selling point. Each character has a distinctive storyline and personality. These quirky personalities are what make these characters stand out from each other.

Voice actors play an essential role in giving these characters a personality. So today, we will look at all the voice actors behind your favorite Apex Legends characters.

Apex Legends features a diverse range of characters. Each character is from a different background and represents a different culture. So there’s no surprise that the voice actors behind these characters are also quite diverse.

So, let’s look at these characters and their voice actors. 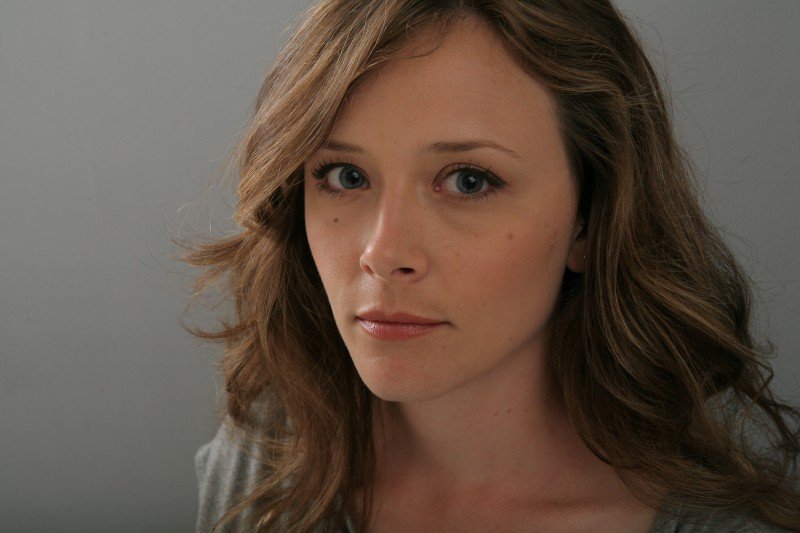 Some Apex Legends fans might not know that Ash is a returning character from Respawn’s other flagship FPS Titanfall.  Ash was added to the game in its 11th season, so Anna Campbell returned to reprise her role as Ash in Apex Legends.

Anna is no stranger to video games and voice acting. In addition to her TV career, she has also lent her voice in games like God of War, Lost Planet 3, and of course, Titanfall 2. 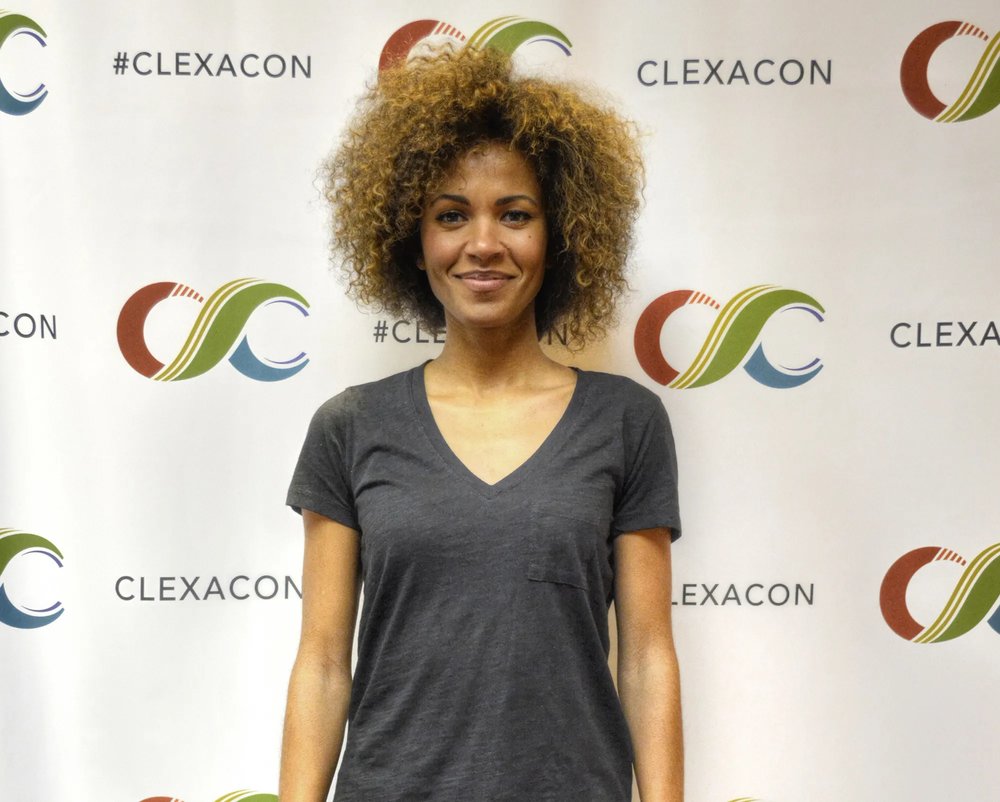 Erica Luttrell is the voice actor behind the badass Bangalore. Erica has some awe-inspiring work on her portfolio. She has appeared in Westworld and has also worked in a lot of animated movies from DC Comics.

Speaking of DC Comics, Erica seems to be fond of working with DC Comics as she has also lent her voice to many DC video games, including Injustice 2, Lego Batman 3, and Lego DC Super-Villains. She has also worked on many AAA titles as well. 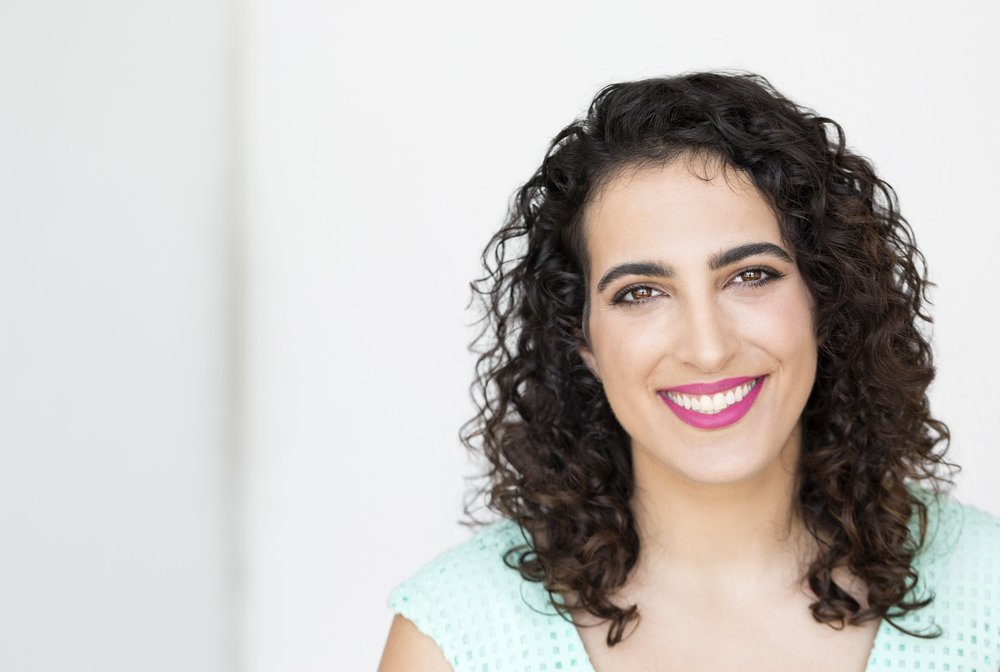 You might be surprised to know that a woman voices Bloodhound. This goes to show how talented Allegra Clark is. Some effects are applied to her voice to make it more grainy. But she’s unrecognizable with her voice.

In addition, Allegra Clark has worked in several other AAA video games, such as Genshin Impact, Star Wars: Squadrons, World of Warcraft, and Dragon Age: Inquisition, in which she plays Josephine Montilyet. 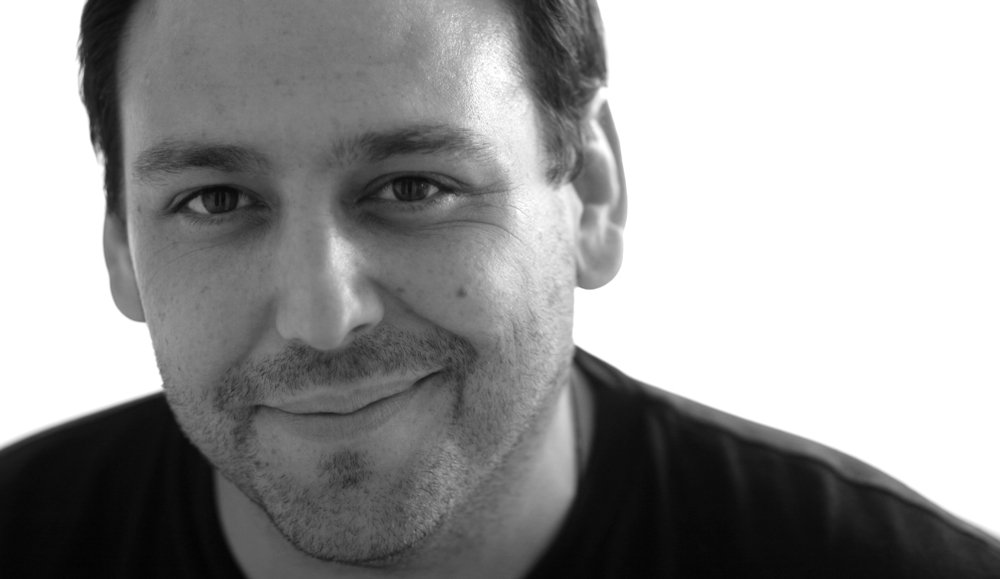 JB Blanc voices the eccentric Caustic in Apex Legends. He is well-known for his roles as Dr. Barry Goodman in Breaking Bad and Better Call Saul. Moreover, he was the voice actor behind Hulk and Abomination in 2008’s The Incredible Hulk. 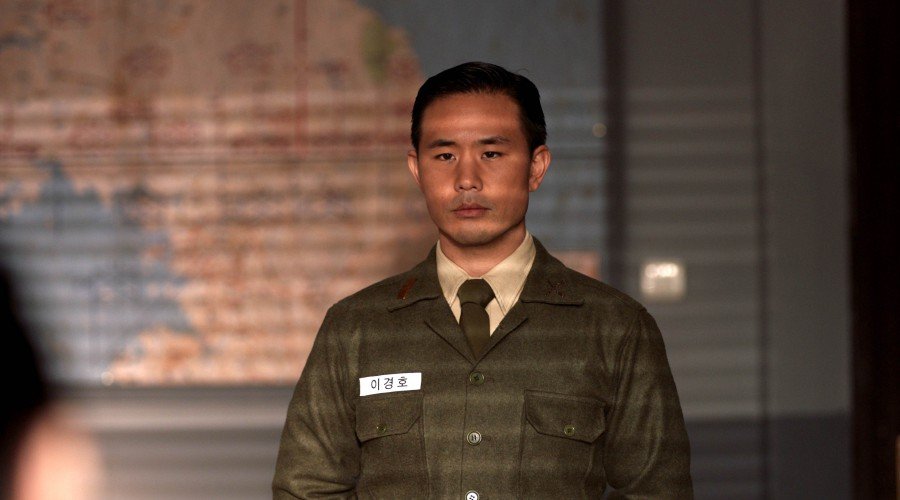 Johnny Young is the voice behind Crypto. He hasn’t worked much in other video games, but his role in Apex Legends is a fan favorite. His only other video games include Medal of Honor: Warfighter and World War Z.

Johnny Young has acted in films, including The Warrior's Way and Ghost in the Shell. Additionally, you can hear him voice Dae-Hyun in the Overwatch animated short "Shooting Star." He does Twitch streaming in addition to acting. 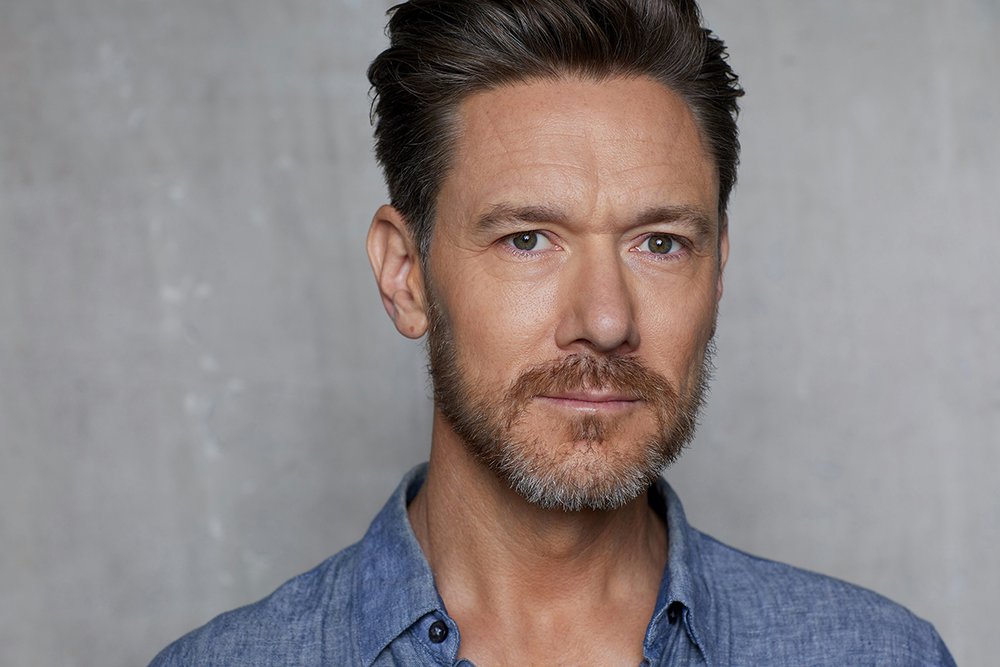 Ben Prendergast voices the explosive wrecking ball Fuse. He’s not a big-time celebrity, but he has worked on well-known projects, including  Star Wars: Resistance, where he played General Hux.

In terms of video games, Ben Prendergast's various video game credits are Patroclus in the critically acclaimed Hades and Tyr in the recently revealed God of War Ragnarok. 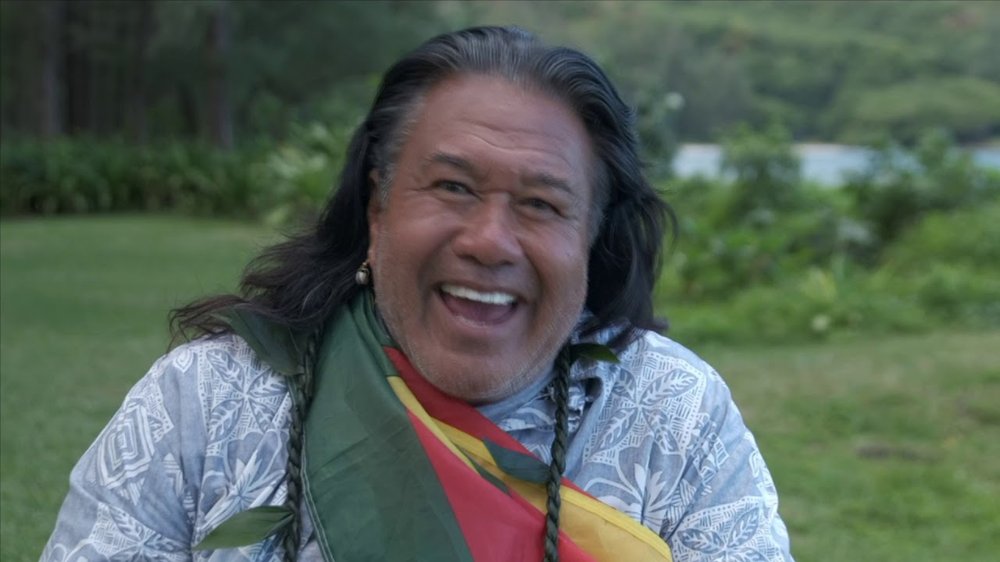 Branscombe Richmond (don’t ask me how to pronounce that) is the voice behind the tanking defense character Gibraltar. Richmond lends his diverse voice acting to a diverse character like Gibraltar. He’s the perfect choice for him.

Branscombe hasn’t worked in other video games. However, he has had an extensive career in film and TV. He’s probably the oldest among Apex Legends voice actors. 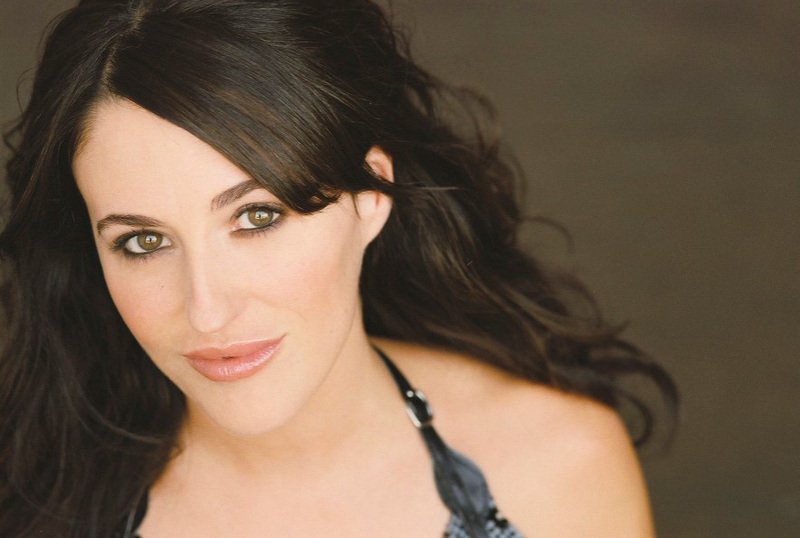 Elle Newlands has featured in a lot of video games. However, Horizon is one of her highlights. Despite living in California, Newlands was born in Scotland, so her voice is perfect for Horizon. 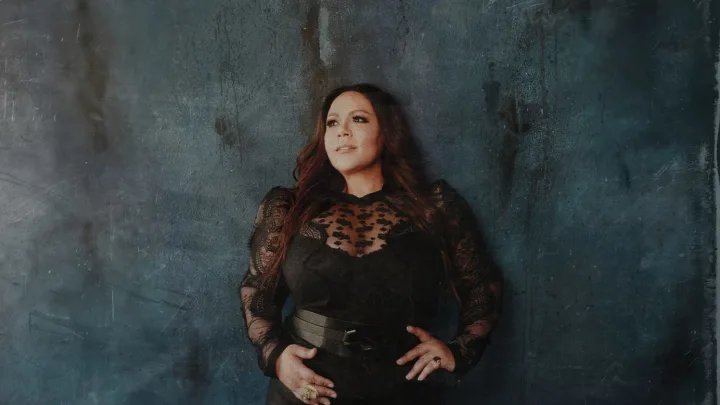 Mela Lee is the voice behind Lifelines. She has lent her voice to many anime shows, including Berserk, Blade of the Immortal, Mob Psycho 100, and Demon Slayer. She has also worked on the Avengers Assemble animated TV Show.

In addition to anime, she has worked in many other video games, including Mortal Kombat 11, Pokemon Masters, and as Tiki in Fire Emblem and Super Smash Bros. Ultimate. 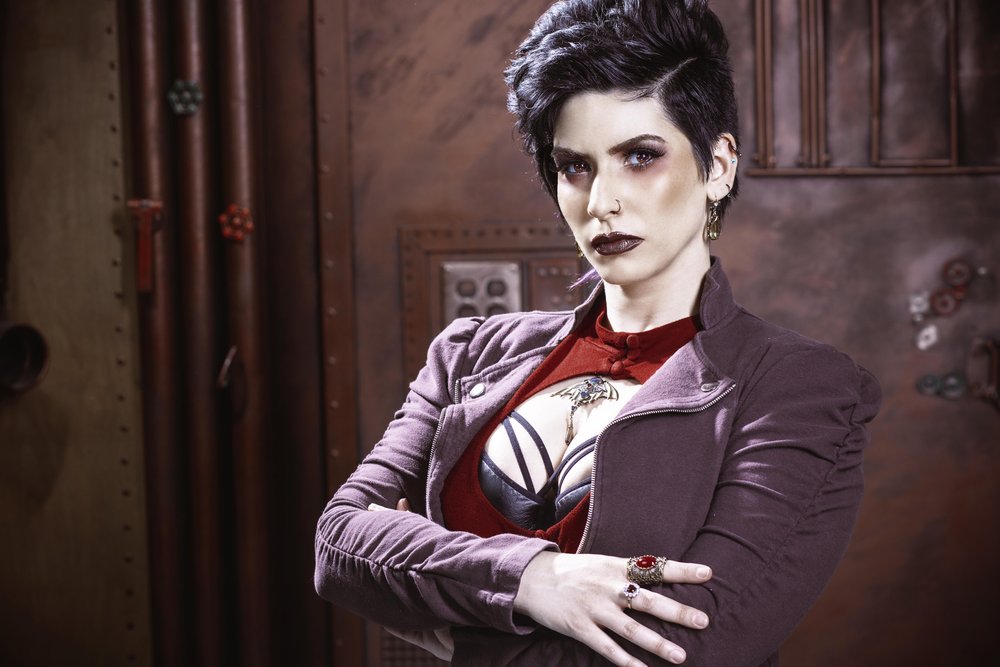 Loba, the Latina badass, is voiced by Fryda Wolff, who’s nothing less than a badass herself. She actively took part in vaccination campaigns during Covid-19. She’s the perfect fit for a character like Loba.

Apart from Apex Legends, Fryda has also worked in Rage 2, The Elder Scrolls: Blades, Just Cause 4, Cyberpunk 2077, and two Call of Duty games. 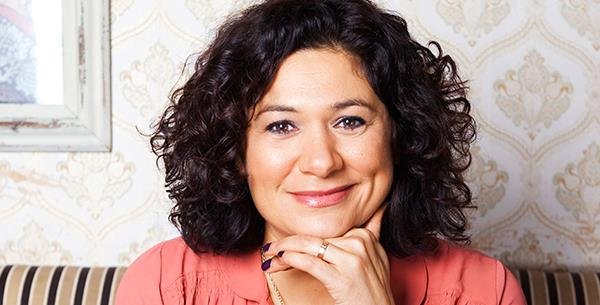 Mad Maggie was introduced in the 12th season of Apex Legends. New Zealand actor Nicole Kawana has voiced her. Players of Apex are aware of Kawana's voice because she first voiced Maggie in the game in 2021's Ring Fury limited-time mode.

Apex’s fans in New Zealand probably recognize Kwana since she used to be a regular in the longest-running television program ever, Shortland Street. Apex Legends was Kawana’s video game debut. 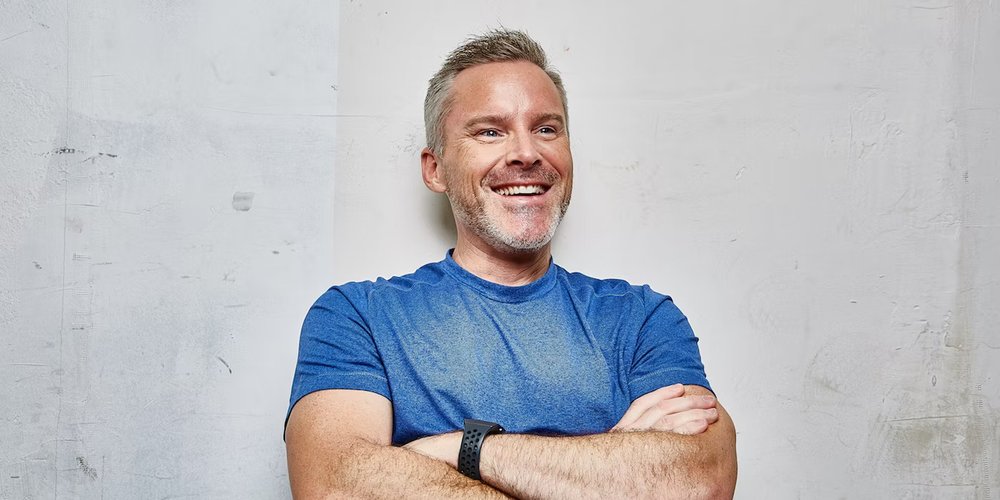 In terms of video games, Roger has a very diverse portfolio. He is a proper AAA voice actor, appearing in games like Assassin's Creed, Batman: Arkham Origins, and even Fortnite. 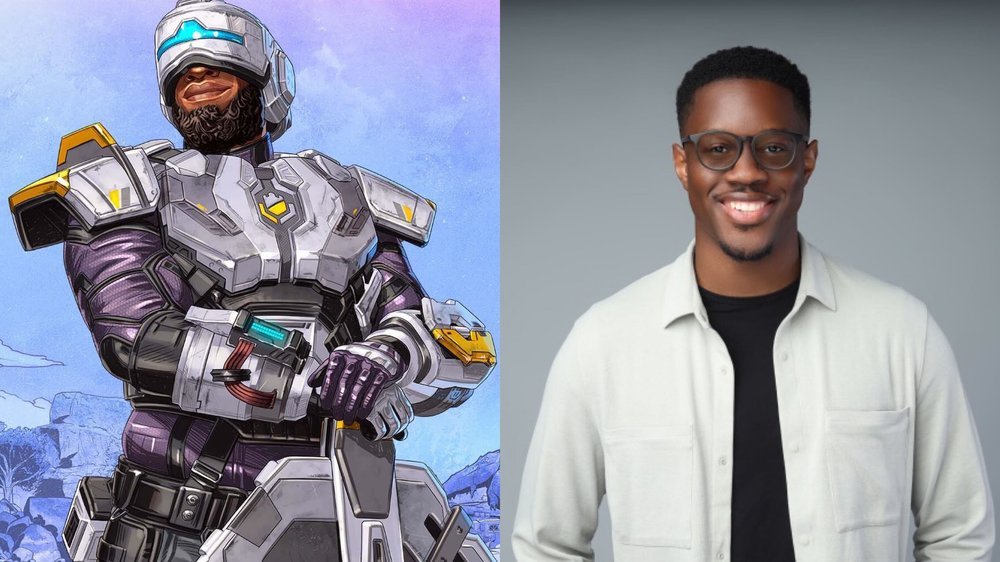 Newcastle is the latest champion to be added in Apex Legends. He’s the brother of Bangalore. Players are still getting a hold of this new defensive character. Gabe Kunda voices him. Gamers must’ve immediately recognized him from Valorant, where he voices Kay/O.

Kunda has been featured in numerous anime, including My Hero Academia, Attack on Titan, Deca-Dence, Black Clover, and Kemono Michi. 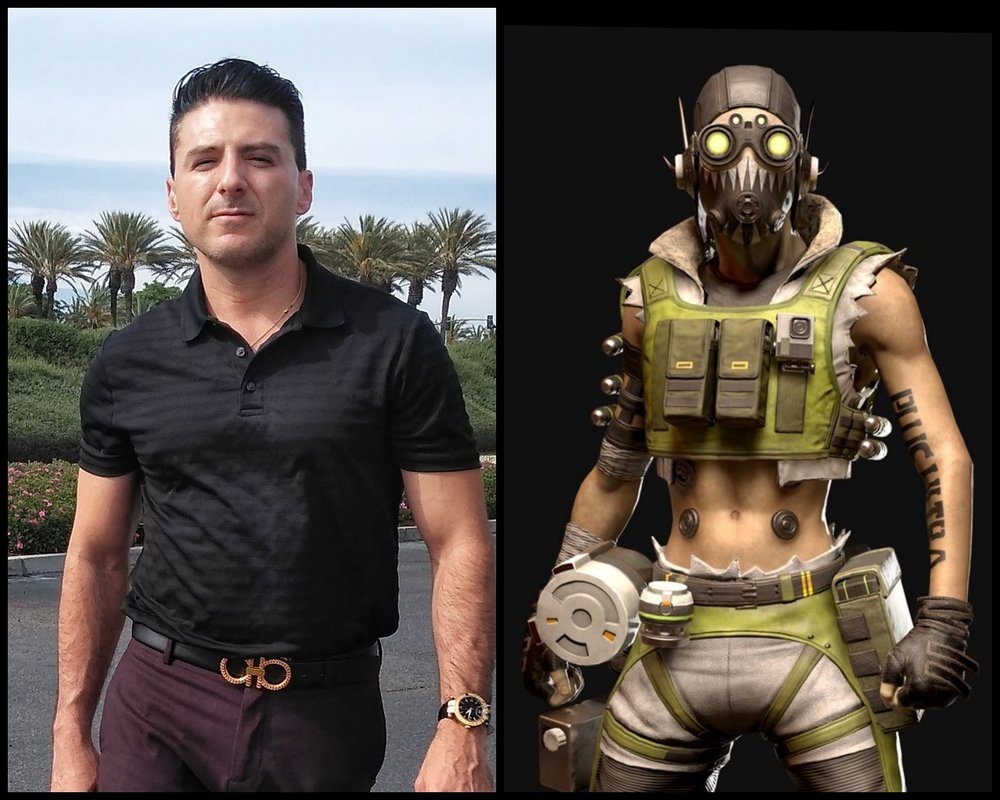 Octane, the first character added after the game's launch, is voiced by Nicolas Roye. Roye has mainly worked as a voice artist. However, he has featured in some minor roles on shows like Malcolm in the Middle. 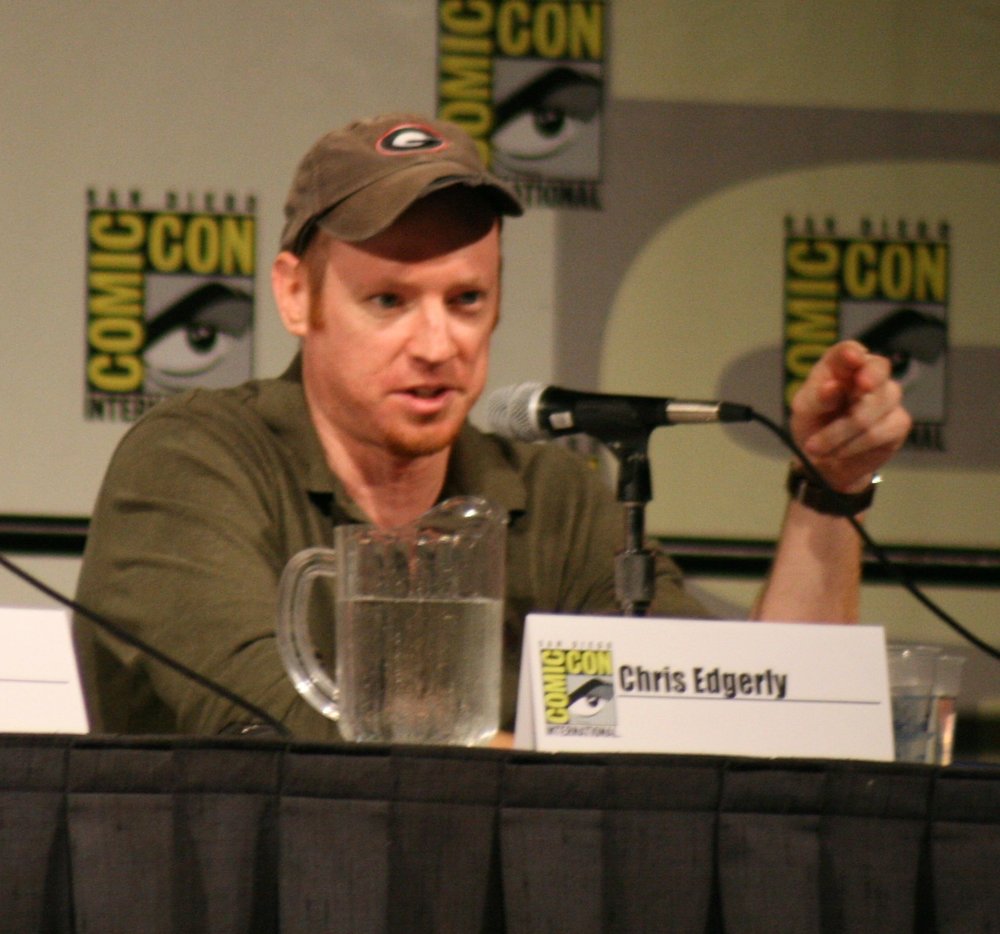 Chris Edgerly lends his voice to the friendly robot Pathfinder in Apex Legends. Just like Roger

Smith, Edgerly also has a very diverse portfolio. He has worked in almost all sorts of entertainment genres.

Edgerly has appeared in many video games, including The Amazing Spider-Man 2, Halo, the Kingdom Hearts series, Call of Duty, Assassin's Creed, and Mass Effect. 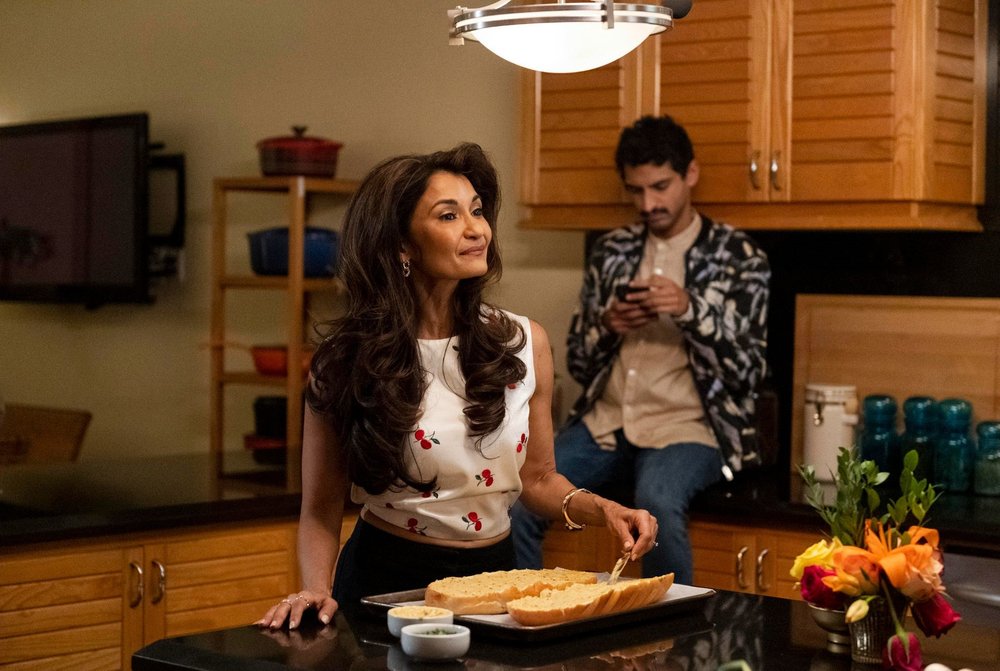 Apex Legend’s Indian bombshell, Rampart, is voiced by Anjami Bhimani. Bhimani performs in numerous games, TV shows, and films. Unlike video games, she has appeared mostly on screen (most recently in Ms. Marvel).

Bhimani has also voiced Symmetra in Overwatch, which is the exact opposite of her character in Apex Legends. 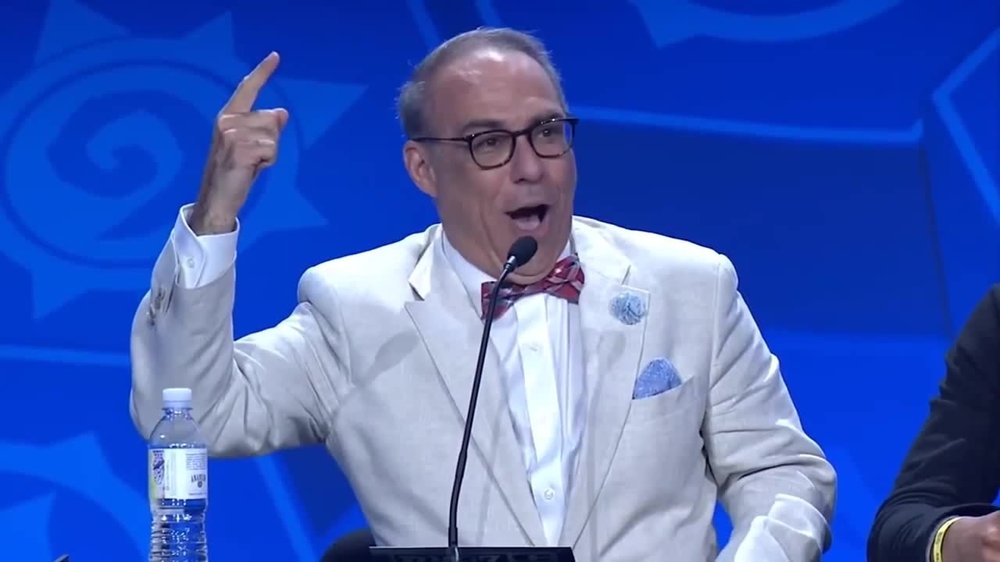 De Paul has also played J. Jonah Jameson in the Spider-Man PS4 game and Hulk in Marvel's Avengers. His other video games include The Outer Worlds, Sekiro, and the Doom series. 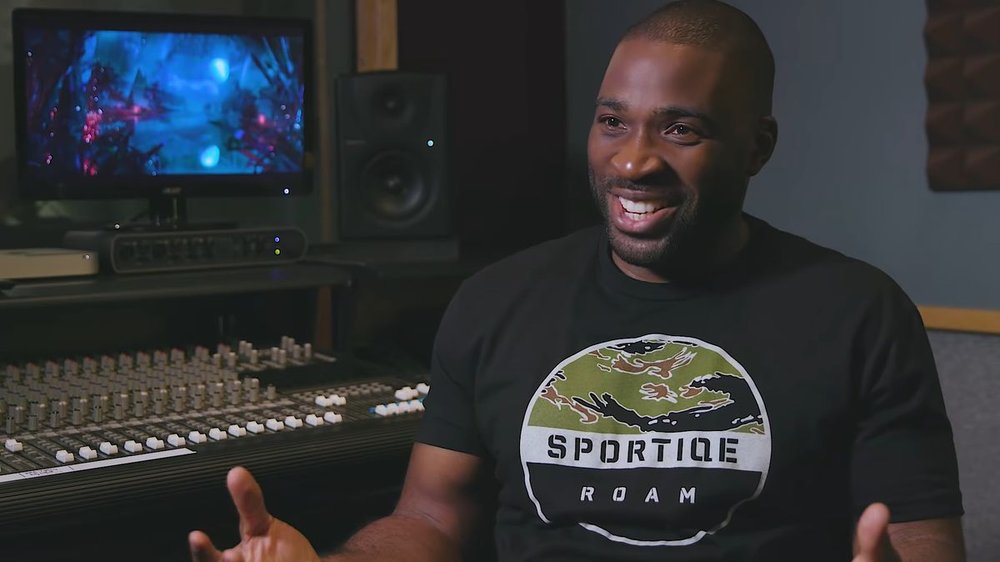 Iké Amadi, a Nigerian voice actor, performed Seer's voice in Apex Legends. The seer was released in season 10 of Apex Legends. Iké Amadi’s voice can be easily recognized by people who have played MK11. He has voiced Shao Kahn and Cyrax.

In Spider-Man: Mile Morales, he played the role of Prowler. He has also voiced Atrocitus in Injustice 2. 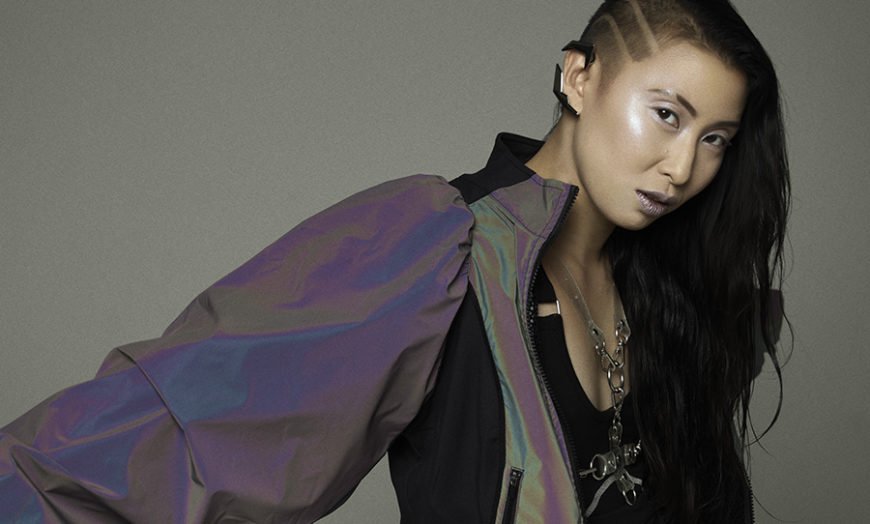 The futuristic, high-flier Valkyrie is one of the most beloved characters in Apex Legends. Erika Ishii voices her. Erika Ishii is a skilled voice and screen actor who has played prominent roles in various video games. 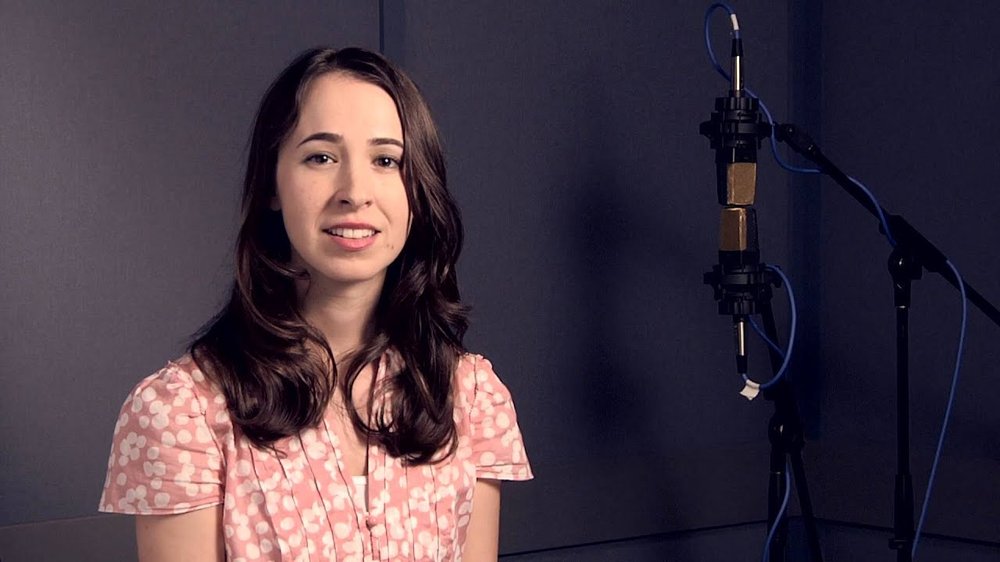 The quirky character of Wattson was introduced in season 2 of Apex Legends. Justine Huxley voices her. Even though Justine isn’t French, her accent is accurate and convincing.’

Justine Huxley isn’t that well-known. However, she has lent her voice to various characters in big-name video games like Red Dead Redemption 2, GTA V, and Harry Potter: Wizards Unite. 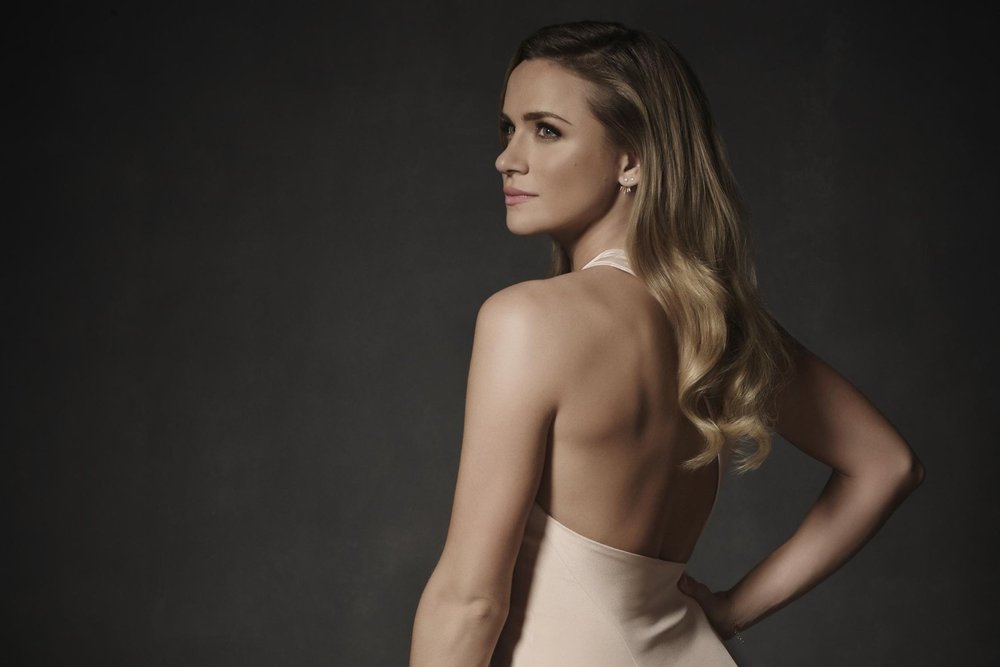 Shantel VanSanten is the voice of Wraith. She’s a very renowned face. She is mainly known for her work in TV and film. Apex Legends is her only video game role. However, we all know how popular Wraith is as a character, so maybe it’ll open more doors for her in video games.

One Tree Hill, Shooter, The Boys, The Flash, For All Mankind, and The Messengers are just a few popular shows in which Shantel has worked. 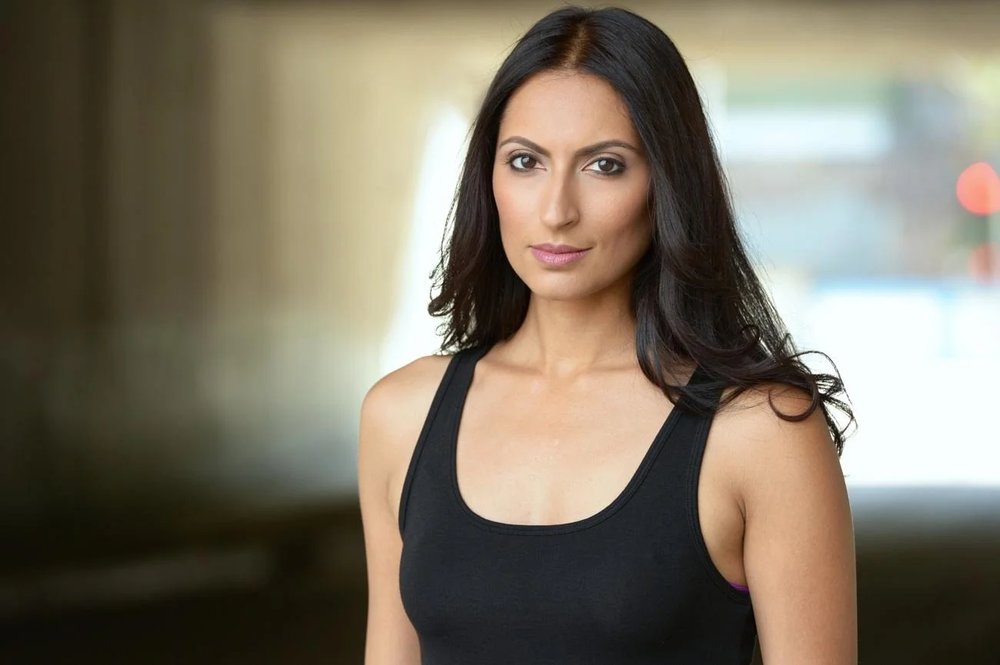 The voice you hear the most often in Apex Legends is from the announcer. Zehra Fazal is the voice actor behind those announcements. You hear Zehra’s voice during announcements like kill leader, remaining time, etc.

We thought it wouldn’t be fair to leave her out when discussing the voice actors behind Apex Legends characters.

Apex Legends: Hunted Patch Notes
Respawn has published the full patch notes of the new 14th season in Apex Legends. The publisher introduced a lot of updates, so let's check them.
09/08/2022
1114 Views

How Many Players Does Apex Legends have? 2022 Player Count
Released back in February 2019, Apex Legends has grown rapidly and created a solid place for itself among the top multiplayer games and arguably the best online first-person shoot...
07/06/2022
1373 Views

How to turn Aim Assist On/Off in Apex Legends
In many First Person Shooter (FPS) video games, battles are best decided by the player who has the best aim. Sure, other factors come into play, but aim assist is the primary way ...
25/05/2022
1302 Views
Comments
No comments yet
Please login to leave a comment.
Login
Streams
Live
Streams
Live
Popular