Want to be part of Warzone 2.0’s vast Al-Mazrah map and experience its innovations and battle royale right upon launch? Activision has confirmed that Warzone 2.0, the sequel to the smash hit game Warzone, will arrive with an option to pre-load the game.

The video game also announced the date and time associated with Warzone 2.0’s pre-load. The game will go live in the middle of next week, alongside the first season of Modern Warfare II.

There is a strong likelihood that this game will share its universe with the massively successful action FPS that was released on October 28. Warzone 2.0 will be a free-for-all Battle Royale experience, unlike Modern Warfare II.

Even though an official confirmation has not yet been received, the upcoming game in the Call of Duty franchise is expected to be available across major platforms and support cross-play. Following is the pre-load date and time for Warzone 2.0, so let’s get started!

When Will Warzone 2.0 Be Available For Pre-Load?

The content of the first season of Modern Warfare II and Warzone 2.0 will go live on 16th November, according to Activision’s official announcement. With that, the fans looking to pre-load the upcoming sequel on their devices can do so from 14 November.

Players can also install the update for the first season of Modern Warfare II on November 14. The pre-load will be available from 10:00 am PT/1:00 pm ET/11:30 pm IST, with the Modern Warfare II update being made available at the same time, according to the Call of Duty blog.

Once the scheduled time arrives, players can open the Warzone 2.0 page for the download option on the Battle.net launcher, PlayStation store, or Xbox Marketplace. Even though the fans can install Warzone 2.0 on November 14, they will only be able to play the game once it goes live.

The much-waited-for battle royale game will be available to play from 10:00 am PT/ 1:00 pm ET/ 11:30 pm IST on November 16, according to Activision. The players interested should make sure to free up enough space (around 200 GB) in your system to accommodate the game’s size.

It is certainly safe to assume that the download size for Warzone 2.0 will cross the 100GB mark for all platforms.

Everything That Is New In Warzone 2.0 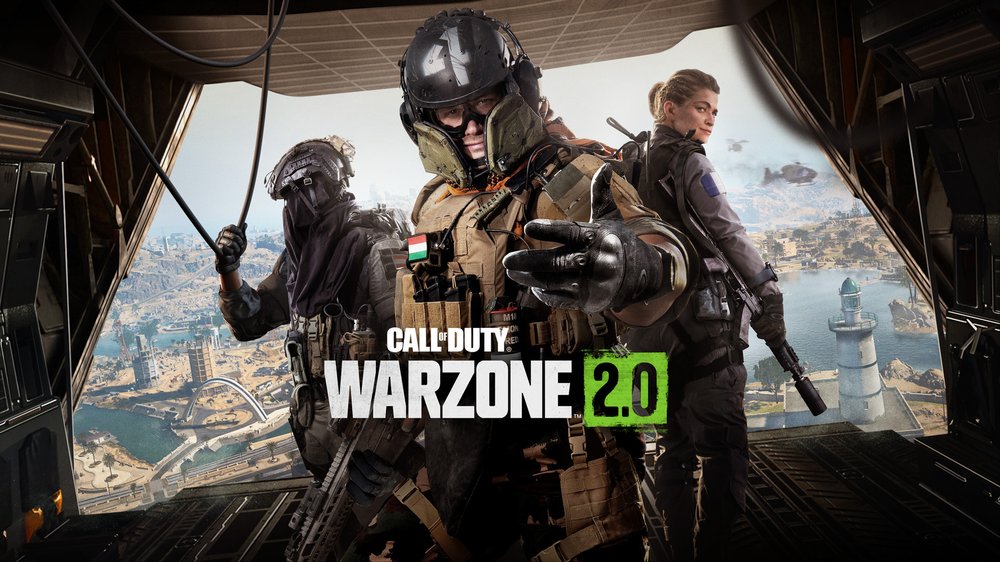 Aside from the next-gen improvements in the gameplay and visuals, Warzone 2.0 is set to arrive with a bundle of new features. To start with, players will receive a brand new map called Al-Mazrah, which is said to be the biggest map ever to be released in Warzone.

Players can also choose to fight Al combatants, aside from real enemies, as Activision gears up to introduce dedicated PvE features such as Black Sites and Strongholds spread all across the Al-Mazrah map.

Warzone 2.0 will also feature aquatic combat for the very first time in the Call of Duty franchise after Modern Warfare II (2022). Be ready to welcome and try out an arsenal of weapons and extensive attachment tuning courtesy of the Gun Smith 2.0.

The game will also feature third-person perspectives, renovated Gulag experience, new vehicles, interrogation, and a lot more new and improved characteristics. Moreover, the players who played the original Warzone game will get a few items to use in its sequel.

However, as Activision and its development partners shift their focus to the new experience,

the original Warzone will be the same for the players who want to stick with it. Although the servers for the old game will be taken down for around two weeks from November 16.

This is to allow the officials to focus on Warzone 2.0’s introduction, and Warzone will be relaunched as Call of Duty: Warzone Caldera on 28 November at around 10 am PT.

Is It Possible To Turn Off Call of Duty Modern Warefare 2 Cross Play?
Are you looking for a way to disable Crossplay in Modern Warfare 2? Click on the link to find out more!
15/11/2022
1523 Views
Comments
No comments yet
Please login to leave a comment.
Login
Streams
Live
Streams
Live
Popular