There was always a special place for ARs in the first Warzone’s meta and you can say the same about Warzone 2 as well. The amazing weapons are perfect for close as well as long-range, depending on the way they are kitted out.

Nevertheless, just like always, specific assault rifles become the center of attention in their category. So, it is necessary for players to know which guns are top-tier in the current meta. For that, we have got you covered!

This article consists of a list of all 10 of Warzone 2’s ARs in ranked order to help players pick out the perfect AR for them. The article also includes a top-tier build for each of them to make sure that they dominate over your enemies on Al-Mazrah. 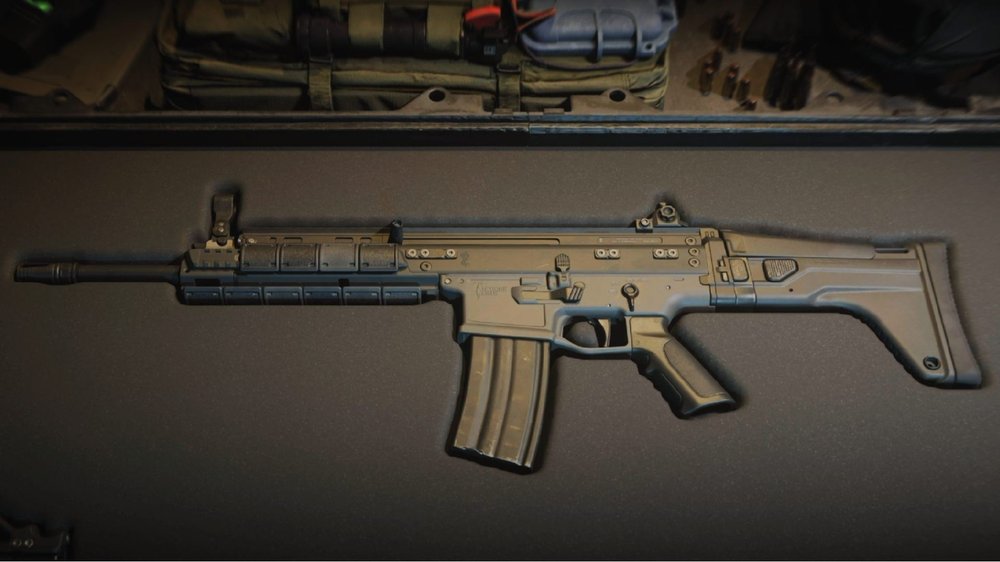 The stats and numbers do not do justice to how awesome the TAQ-56 feels in-game. The Assault Rifle’s damage per second, damage, and time to kill speed all seem average on paper, however, it still feels very satisfying to use in Warzone 2.0.

TAQ-56 was chosen as the best AR in Warzone 2.0 because it perfectly takes command over any long-range combat but is also versatile enough to use in just about any scenario. Nobody is sure what makes this AR such an amazing and dominant weapon.

However, this weapon is truly the jack of all trades and every player must try it on Al-Mazrah if they want an action-packed and effective game! 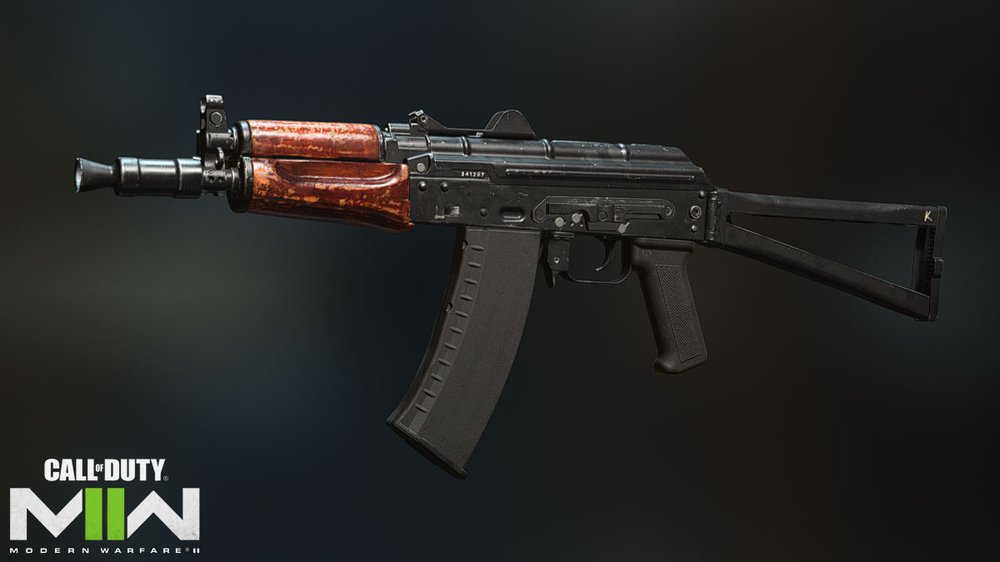 The difference between Kastov 762 and Kastov-74u is so minor that players will have to use a microscope to look into it. This is because both guns offer a pretty similar package overall. Many players consider Kastov-74u as slightly better because of its ADS speed, higher fire rate, and damage per second. However, this is only by very small and fine margins.

The Kastov 752 should be your go-to choice in medium to long range as it dominates in that area whereas the Kastov 74-u is perfect for close to medium range combat. 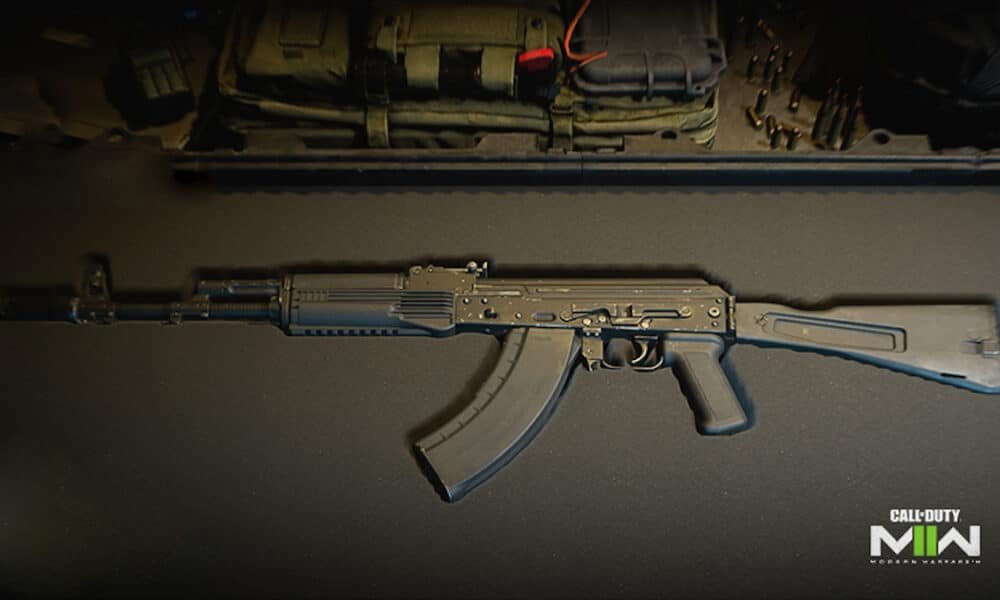 The top three ARs of Warzone 2.0 are nearly interchangeable, depending on what the player is searching for. As stated above, the Kastov 762 is a go-to choice for medium to long-range combats, owing to its devastating damage per second and class-leading damage at range.

The AR is also famous for destroying its enemies from up close, but it has a slower ADS speed which holds it back from being at the absolute top of the list. 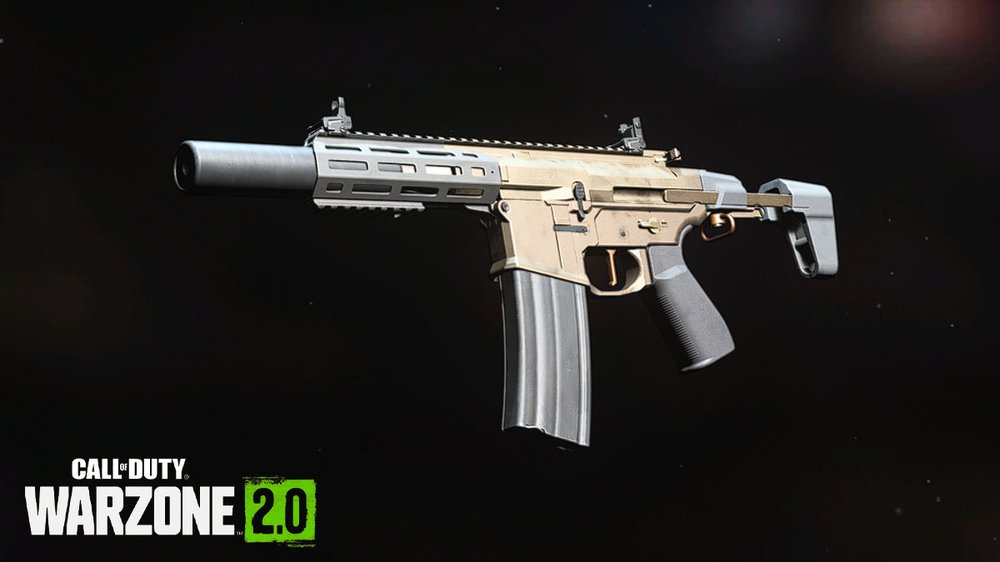 The Chimera is a recent addition to the arsenal of Warzone 2.0 with the Season 1 Reloaded update, but it has already created a name for itself in the meta. Dissimilar to its counterparts, the AR works best up close and is more of an SMG than a long-ranger laser beam.

In spite of this, its strong mobility, solid TTK, and in-built silencer make the Chimera a lethal pick, and the build above further maximizes its potential on the map of Warzone 2.0, Al Mazrah. 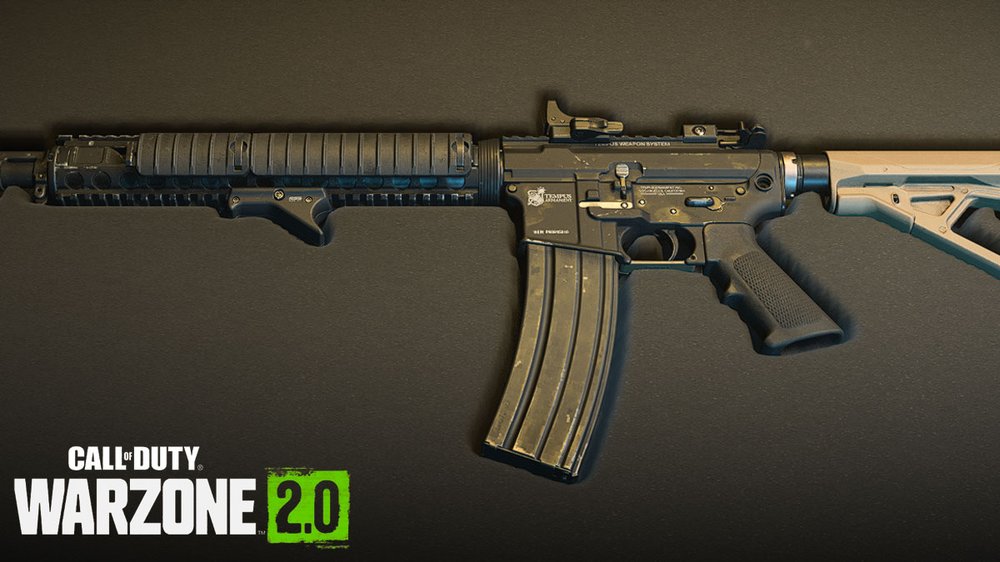 Players can never go wrong by picking the classic M4. This weapon is extremely easy to use and highly well-balanced. Modern Warfare 2’s iteration does not surprise anyone just with its stats, but its consistent damage profile, fast fire rate, and class-leading ADS speed make the M4 as powerful as ever.

Nevertheless, the classic AR does not necessarily dominate any category and thus putting itself slightly lower than other top-tier options. 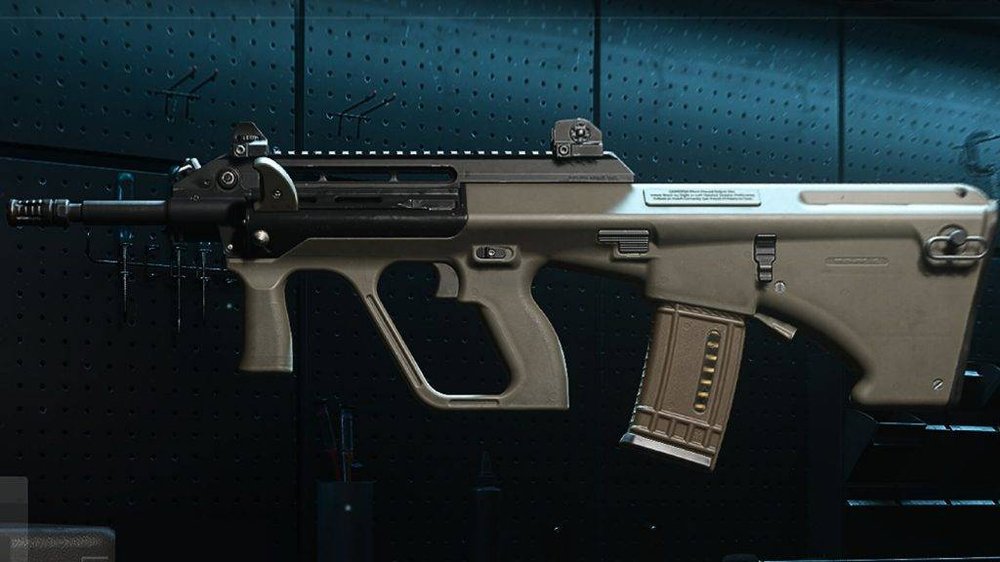 The STB-556 is an amazing option for an Assault Rifle as it supplies a class-leading 460 damage per second and a rapid 162 ms TTK speed. The lethal rifle is not as challenging or dangerous as the other ones on this list so far, but its damage drop-off over range is significantly less, which makes the viable at any range. 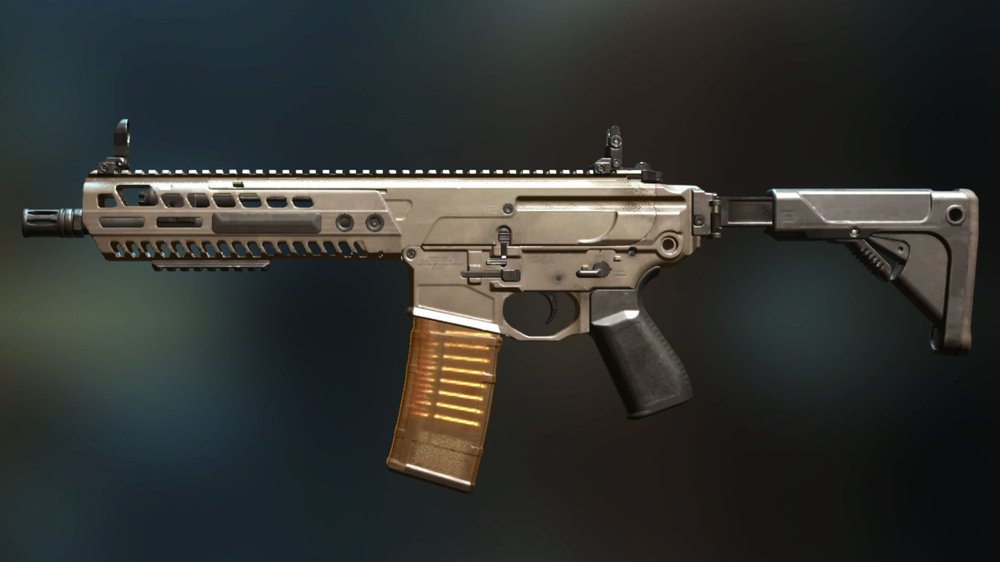 We saw the return of M13B in Season 1 after being an underrated fan favorite in the original Warzone. This time around, the Assault Rifle was slightly altered by Activision, but its low recoil and signature rapid fast fire returned to full effect. After having said that, it is difficult to rank the M13B any higher until we get a proper feel for it. 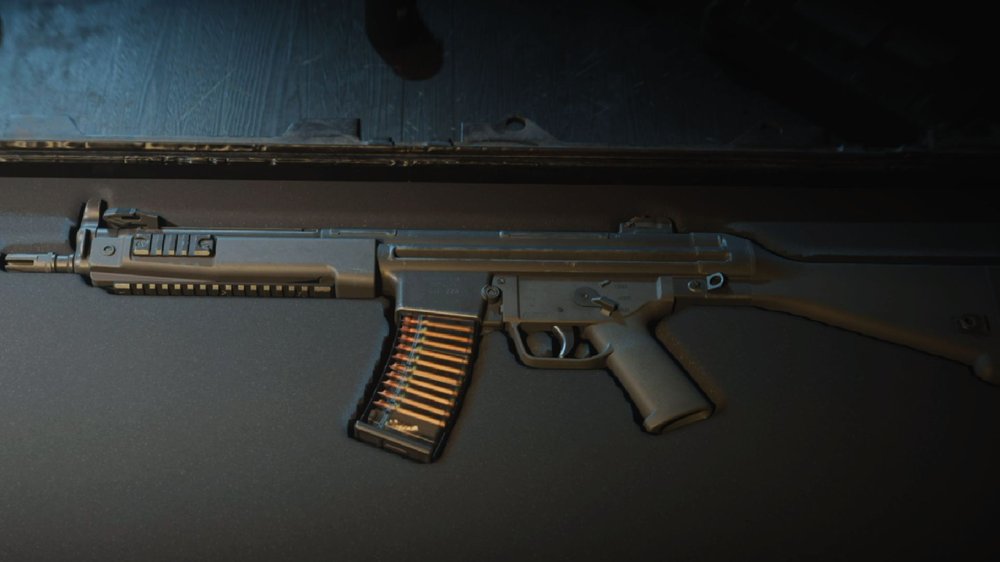 We might even be a little harsh with the Lachmann 556 without ranking because the AR provides players with great time-to-kill speed and a great damage profile. However, the weapon still does not offer enough to make it stand out from a fully-stacked lineup. 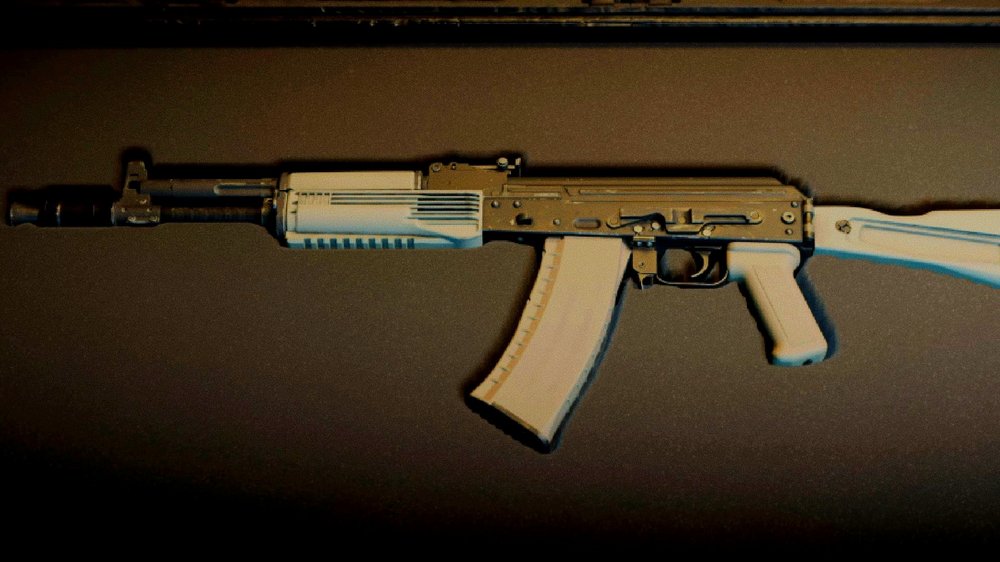 Players have the ability to make a really good Kastov 545 build for short to medium range. However, the weapon’s relatively slow fire rate and time-to-kill speed prevent it from being a top-tier choice. 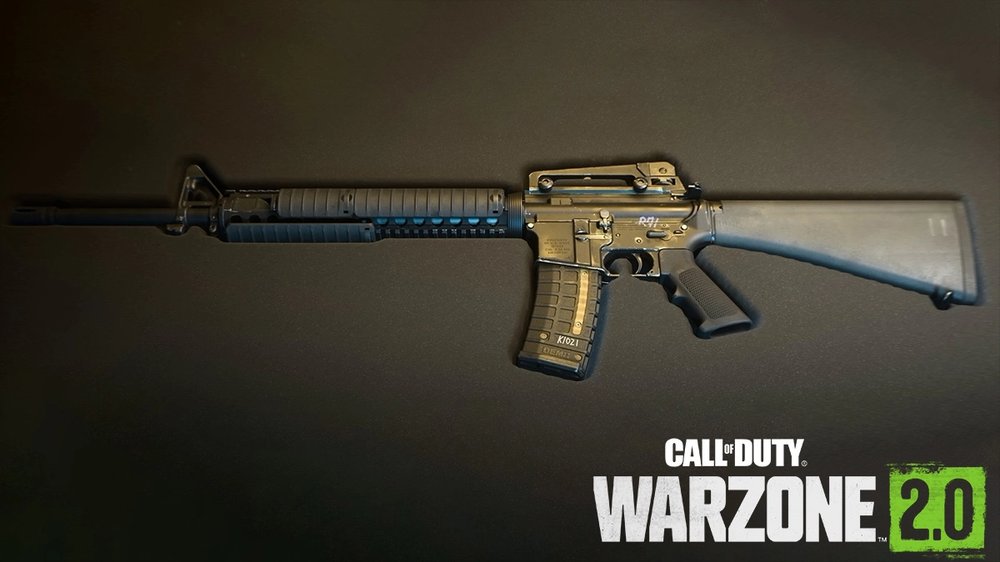 In spite of receiving many buffs in the Season 1 update, there are many fans who still believe the M16 is a step below other class offerings. Its complicated recoil pattern and mediocre damage make the AR essentially unusable as of right now.

Top 10 Most Popular Guns In Warzone 2.0: Weapon Tier List
With Warzone 2.0 officially released, many players are wondering which gun is the most popular one. Check out this article as we list the top 10 most popular guns!
25/01/2023

Warzone 2.0 Pre-Load Time Date And Time For All Regions
Wondering what the pre-load date and time are for all regions in Call of Duty: Warzone 2.0? Check out this article where we tell you all about it!
17/11/2022

Best Warzone Weapons: Ultimate Tier List With Meta Loadouts
Want to know the best meta weapons in Warzone and the strongest loadouts? Check out this article to know all about it!
29/01/2023

COD Warzone Mobile Pre-registration Is Now Open For iOS devices
Did you know that Warzone is getting released on iOS? Click on the link to learn more!
22/11/2022
Comments
No comments yet
Please login to leave a comment.
Login
Streams
Live
Streams
Live
Popular