Fortnite V-Bucks: How Much Do They Cost and How to Get Them? 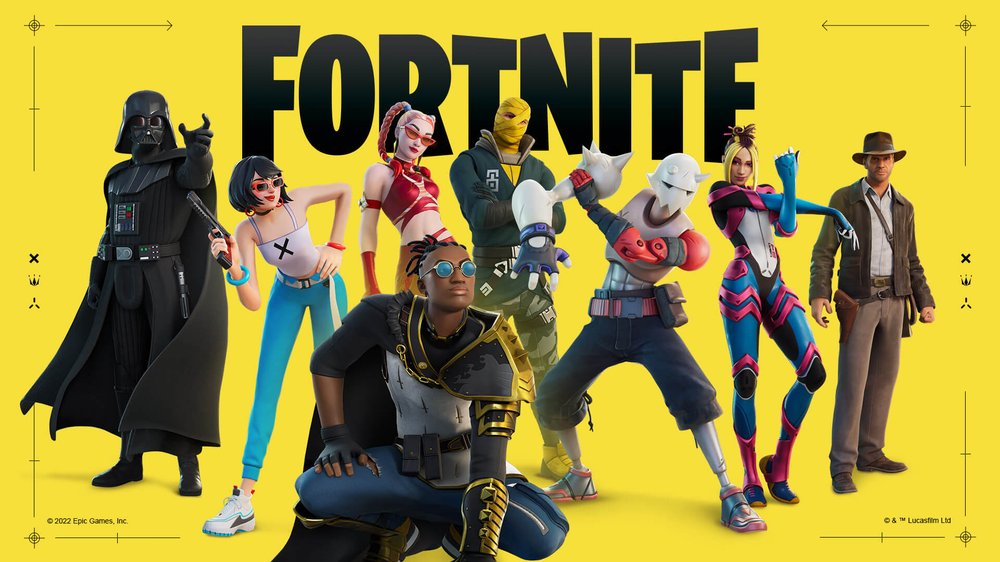 Fortnite is quite well-known for including unique skins in the game regularly. Fortnite has recently had many crossovers with popular franchises like Marvel, DC, and even anime. We all know how big and famous anime is among teenagers and adults alike.

Hence adding anime skins in Fortnite was a great decision. It allowed them to attract a vast number of players to the game. Even though the only official anime crossover in Fortnite has been with Naruto, the developers are keen on adding anime-inspired skins from time to time.

Since the rumors of a possible DBZ x Fornite collab have emerged, Fortnite fans have been very enthusiastic. You can see how popular anime skins are in Fortnite.

So today, we are counting down the top 10 best anime skins in Fortnite. Many skins fall under that category, even though they aren’t associated with an actual anime. Let's just jump right into it. 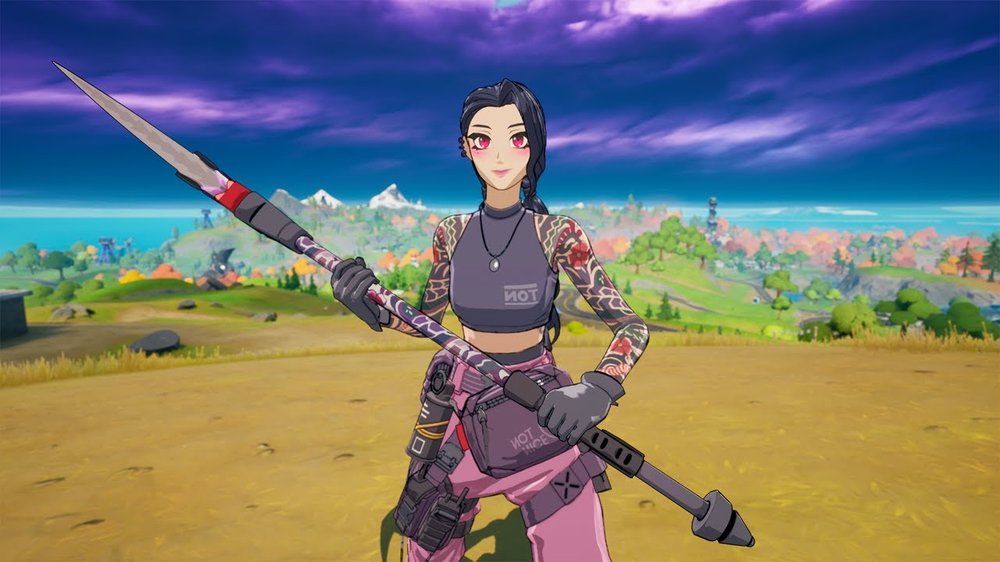 Megumi is part of the Cyber Infiltration Pack that was released in September 2021. Her appearance includes a tattooed look which makes her appear quite badass. Moreover, her appearance in Fortnite is customizable. Megumi appears to be the head of her group and is always ready for battle.

Megumi is a former security guard who has abandoned her company. She can be purchased by buying the Cyber Infiltration Pack, which costs around 2200 V-Bucks. This character fits well among other anime-inspired characters in Fortnite, and she’s also quite popular among Fortnite skin collectors. 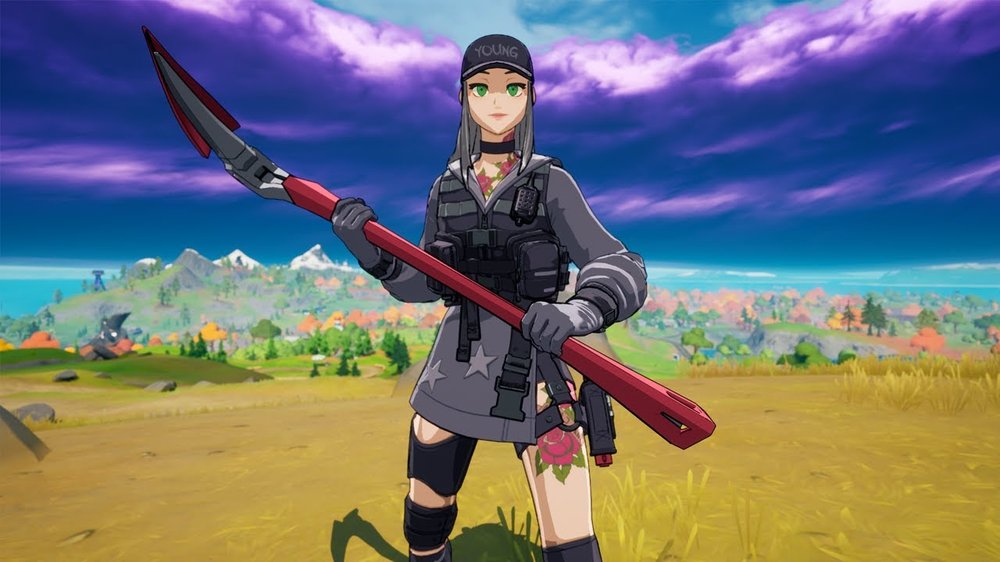 She has tattoos on her neck and thighs and is a fierce character. Her toxic green eyes are enough to strike fear into the enemy’s heart. She also wears a cap which makes her look slightly cute, but she’s more badass than cute. Overall, Chigusa is an excellent option for anime skins in Fortnite. 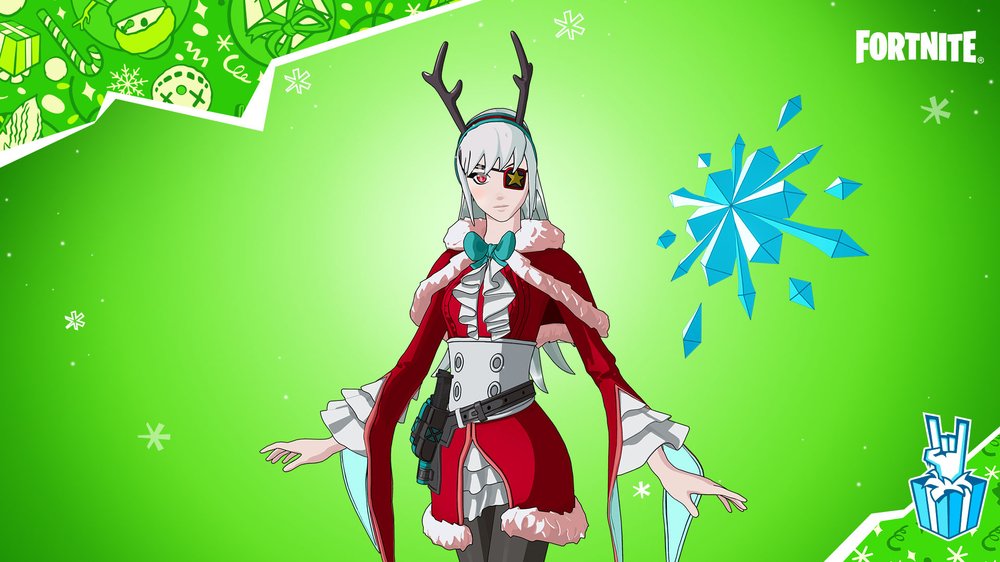 Reina is the next on our list of the best anime skins in Fortnite. Reina debuted in Chapter 3: Season 1 as part of the Reindeer Raiders Set in December 2021. Her in-game description reads, “A ruthless reindeer warrior with a very shiny eyepatch.”

Reina is a unique Fortnite skin. Her eyepatch makes her look quite badass. The cell-shaded design is beautiful, and her overall look is unique. She can be bought for 1200 V-Bucks, or you can buy the Reina Bundle for 1700 V-Bucks. 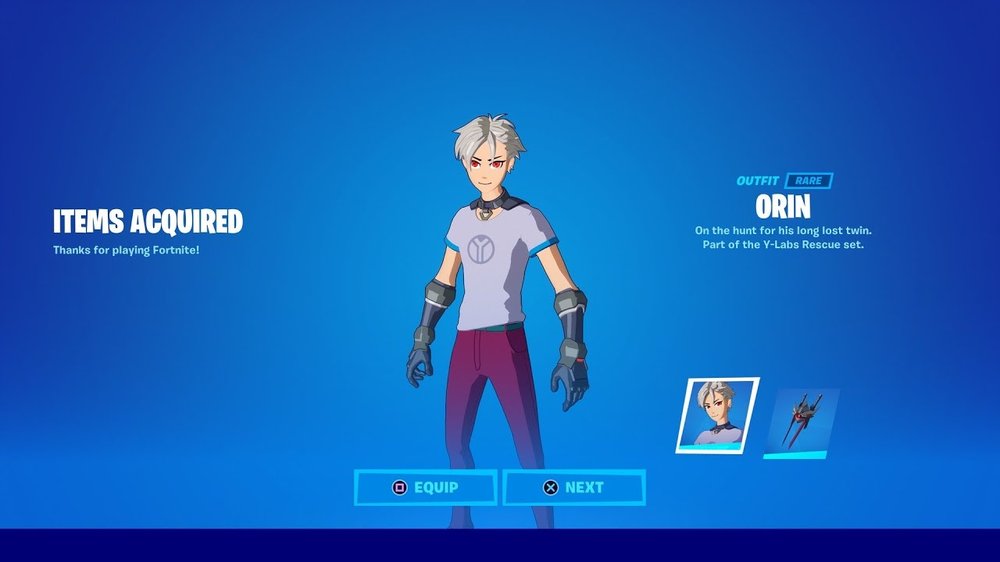 Orin is a male anime-inspired character in Fortnite. Orin debuted in Chapter 2: Season 5 as part of the Y-Labs Rescue Set, which was released in January 2021. Orin has mecha-arms that make his character look quite intimidating. His skin includes Mechafusion Jumpkit Back Bling as well as a Null Pick.

Orin is his brother of Lexa. His character description reads, “On the hunt for his long-lost twin.” His facial design might turn some people off; however, it is a solid anime skin in Fortnite. It can be bought with 1,200 V-Bucks.

Unlike other characters on this list, Lexa cannot be purchased from the item shop. She was part of Chapter2: Season 5 Battle Pass. She could be unlocked once the player reached Level 75 of the Battle Pass. Lexa was the first anime-inspired character in Fortnite.

Lexa features multiple variations that can be unlocked by leveling her up. She may modify her look by using emotes. She can transform into a "Mechafusion," which has a more scary and militarized condition. If you are mainly a fan of Mecha anime, then Lexa’s design would look quite attractive to you. 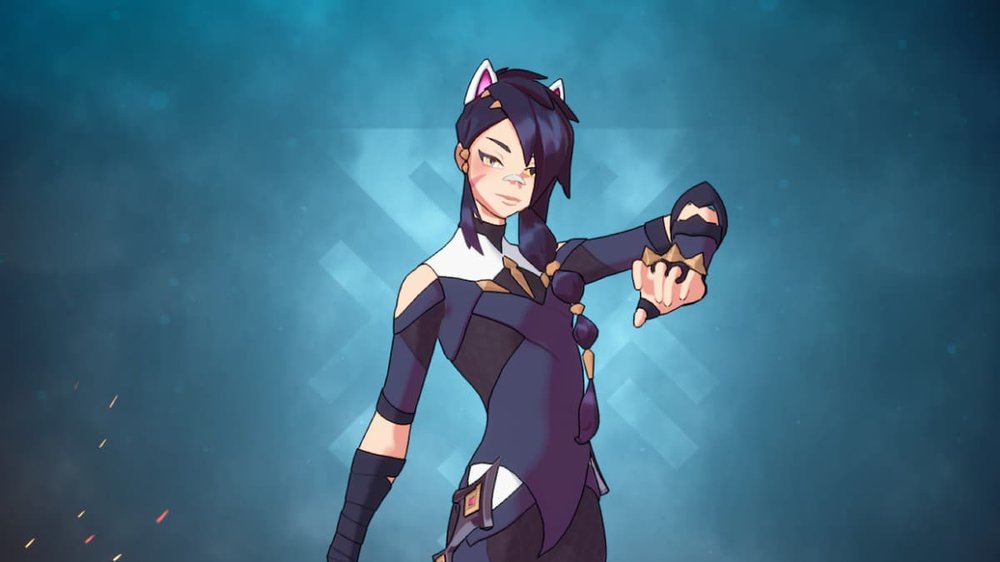 The “Neko” archetype inspires Erisa in anime culture. She’s described as “A lost princess from a forgotten realm of warriors.” Erisa was Chapter 3: Season 2 Battle Pass in Fortnite. Hence, she can not be bought now. She was a Wish Guardian Set member with a variety of distinct styles.

As we said, Erisa features a very “Neko” aesthetic. She has cat-like ears and dresses in an armored catsuit with a futuristic helmet in her alternative style. Moreover, her costume comes in various colors, making it incredibly distinctive and fan-favorite among otakus. 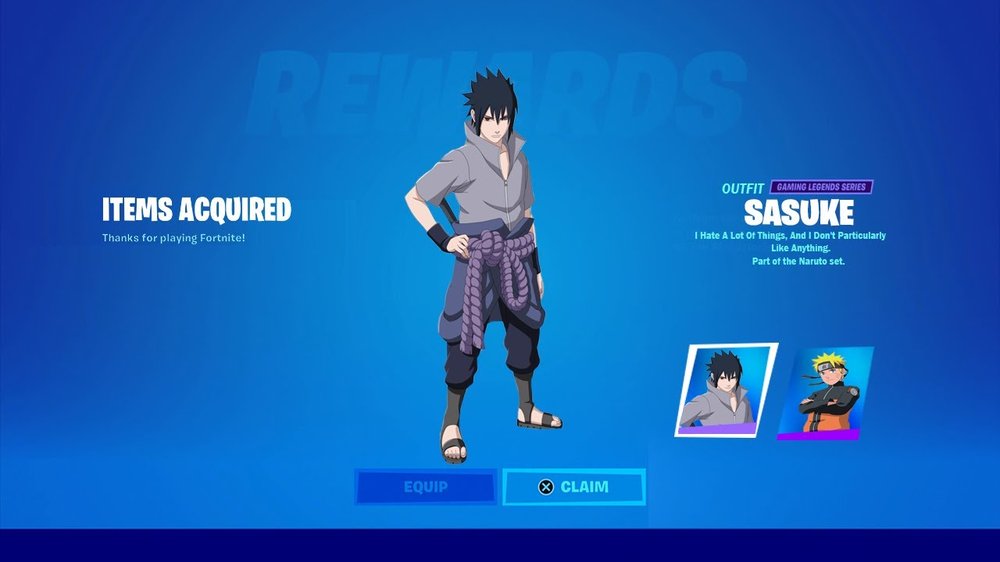 The first ever Fortnite anime collaboration featured characters from the beloved Naruto series. Sasuke Uchiha is one of the best ones in this bundle. Sasuke’s overall design closely resembles his design in the anime series. Moreover, there are two variations of Sasuke in Fortnite, the default red eyes and the Rinnegan eyes.

Sasuke Uchiha is a Konoha ninja and the only surviving member of the Uchiha clan. He belongs to Team 7, which Kakashi commands. Sasuke is part of the Sasuke & Sakura Bundle and was released in Chapter 2: Season 8 as part of the Naruto Set. 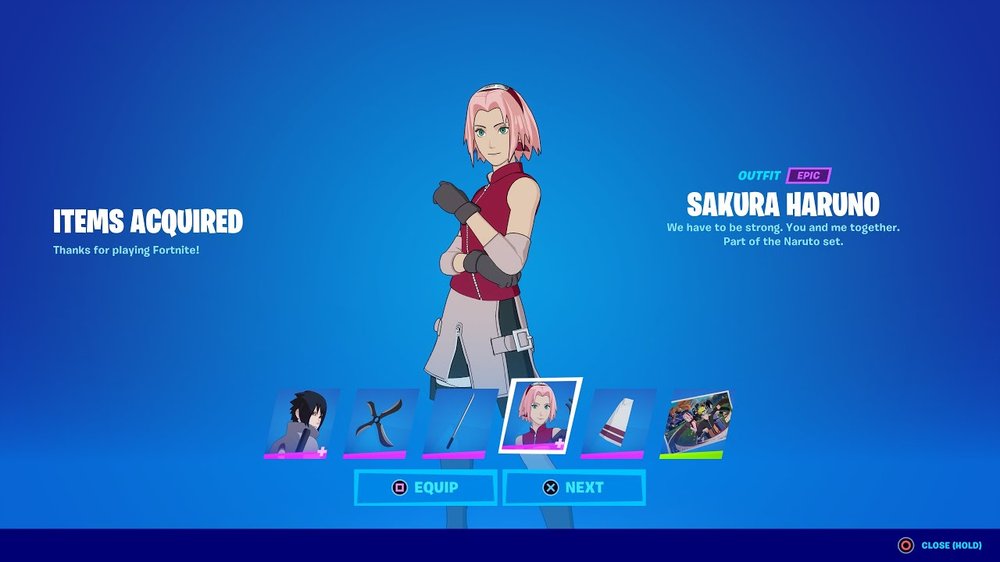 Sakura Haruno is another excellent skin in terms of Fortnite anime skins. She’s a Ninja from Konoha who, like Sasuke, is a member of Team 7. She is mighty, intelligent, and has a fiery temper.

There are two in-game styles available for her. Her Sakura Haruno style is based on Naruto: Shippuden and her Boruto: Naruto Next Generations’ inspired look, which is called Sakura Uchiha. She is an amazing choice for anime fans. 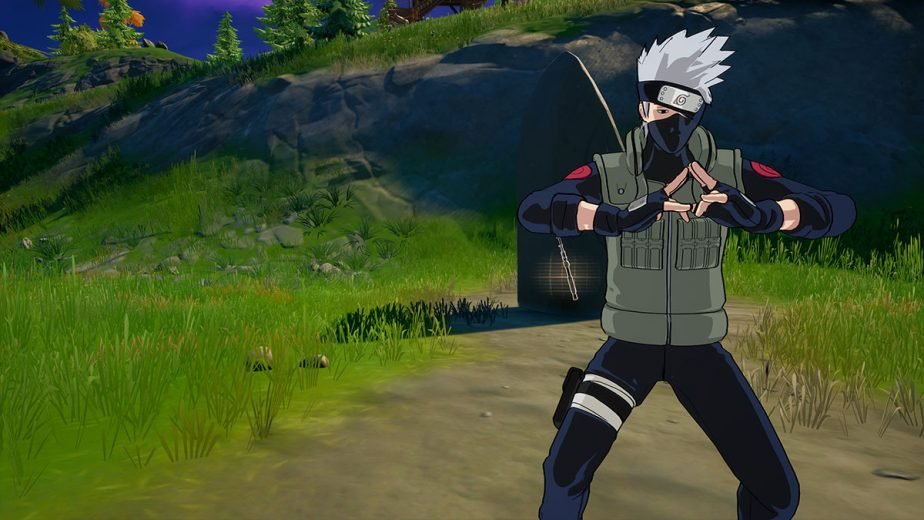 Kakashi Hatake is one of the most beloved characters from the Naruto franchise. His popularity in Fortnite was expected. He’s part of the Naruto & Kakashi Bundle, but he can also be bought separately whenever he appears in the item shop.

Kakashi is Naruto, Sasuke, and Sakura's sensei. He’s an overall badass character. There’s a very cool feature of this outfit. When talking with Batman, he mentions the Bat-Clan, a reference to Batman Ninja (anime). 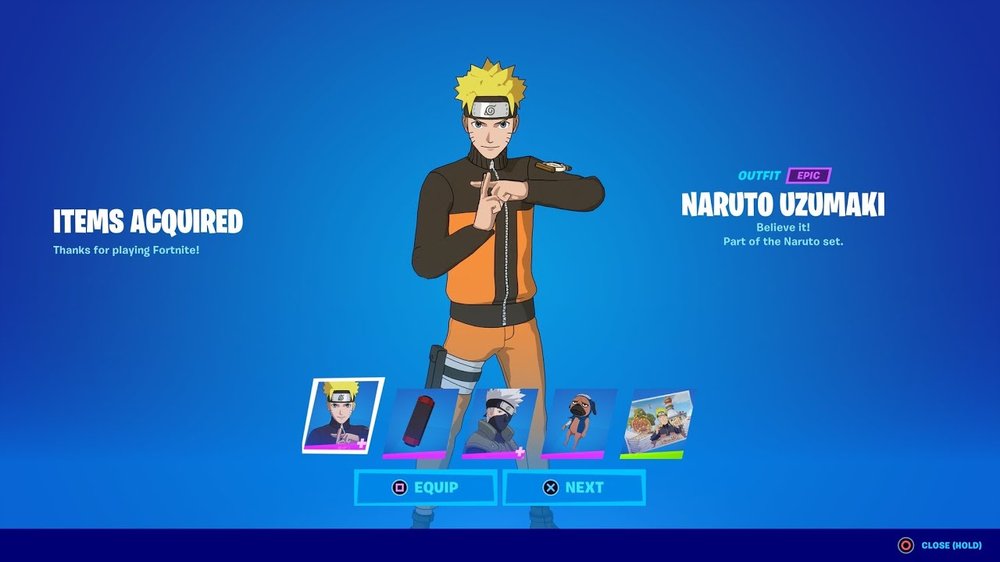 We saved the best for the last; Naruto Uchiha, the most recognizable figure in the anime. When Naruto Uchiha was added to Fortnite, the fans lost their minds. There was a crazy demand for this skin. He’s undisputedly one of the most likable characters in all of anime.

Naruto Uchiha’s skin has two variations. One is the simple Naruto Uchiha skin from the original shows, and the second look is inspired by his look in Boruto as the Seventh Hokage. This is a must-buy skin for any anime fan who plays Fortnite.

How Many People Play Fortnite Player Count (2022)
Fortnite has attracted 10 million gamers just 2 weeks just after its release. Throughout this time, Fortnite had a 350 million player base, with 22.5 million new players who joine...
07/06/2022
1790 Views

The Best Fortnite Controller Settings (2022)
When it comes to playing video games like Fortnite, make sure that your controller has the finest settings for key configurations and other features, and you'll move from a novice...
13/06/2022
1653 Views

Fortnite Waiting in Queue Error Explained + Fixes
It's annoying when you get a "Waiting in queue" issue in Fortnite and you can't enter the game and then have to stay in the queue for a few minutes for it to start. In this case, ...
27/05/2022
711 Views

Best Fortnite Key Bindings for Beginners and Experts!
The key binds are what make or break your game, especially in a game like Fortnite where there are so many commands that you have to enter all at the same time. Between the buildi...
18/06/2022
1460 Views
Comments
No comments yet
Please login to leave a comment.
Login
Streams
Live
Streams
Live
Popular

Fortnite V-Bucks: How Much Do They Cost and How to Get Them?