If you ever get tired of playing Battle Royale and feel agitated, then all you need to do is head on to the Creative Mode. The creators and players of Fortnite have introduced new maps called Murder Mystery maps which are exciting and thrilling.

Grab a couple of your friends or strangers and head on over to one of these maps! The objective of these maps is that you have a killer, a sheriff, and some innocent people. The sheriff protects the innocents while the killer tries his best to eliminate them.

The innocents, on the other hand, just try to survive the murderer and collect coins. The innocents will win even when there is only one alive, and the sheriff has shot the murderer, or they have left the game in between.

The murderer and sheriff are chosen randomly, and the remaining players become innocents who work with the sheriff to expose the killer. If all of this sounds exciting to you, then you will definitely love playing these maps, and to get you started, we have chosen some of the best ones.

Following is a list of the 10 Best Murder Mystery Codes in Fortnite that you will find exciting and wouldn’t want to stop!

Here are the 10 Best Murder Mystery Codes in Fortnite to save you from all the searching: 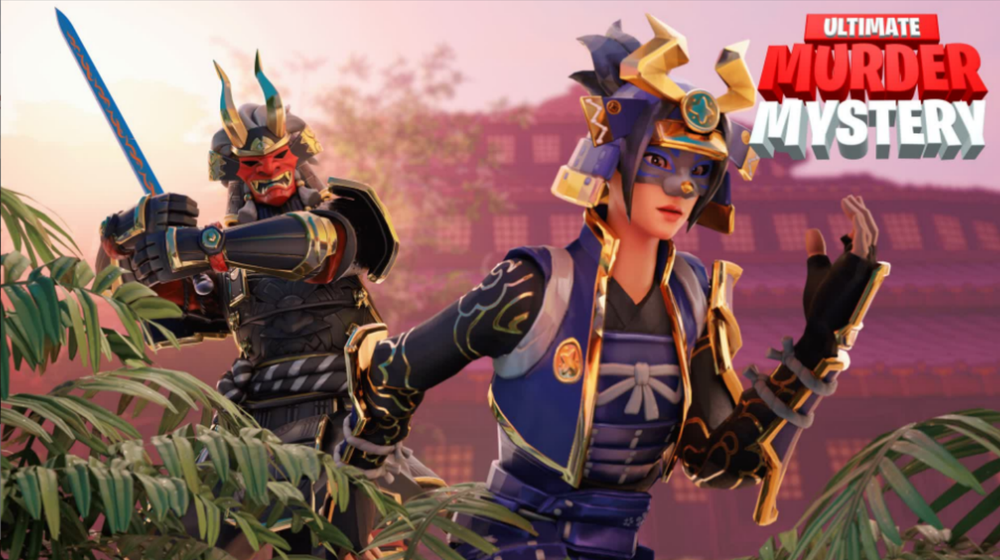 Ultimate Murder Mystery is a combat-focused social deception game and has been extremely popular among players. This map was featured not only on the Fortnite Discover Menu but also on the official Fortnite Youtube channel.

If you are new to murder mystery maps, then this is the map you should start with since it is the ideal one. What this map lack in special features and abilities, it makes up for in the fun and excitement. It is a class Murder Mystery map where you are either the killer, sheriff, or innocent.

Brendannnd created the Ultimate Murder Mystery map, and its views skyrocketed once its trailer came out, which resulted in more people playing the map! 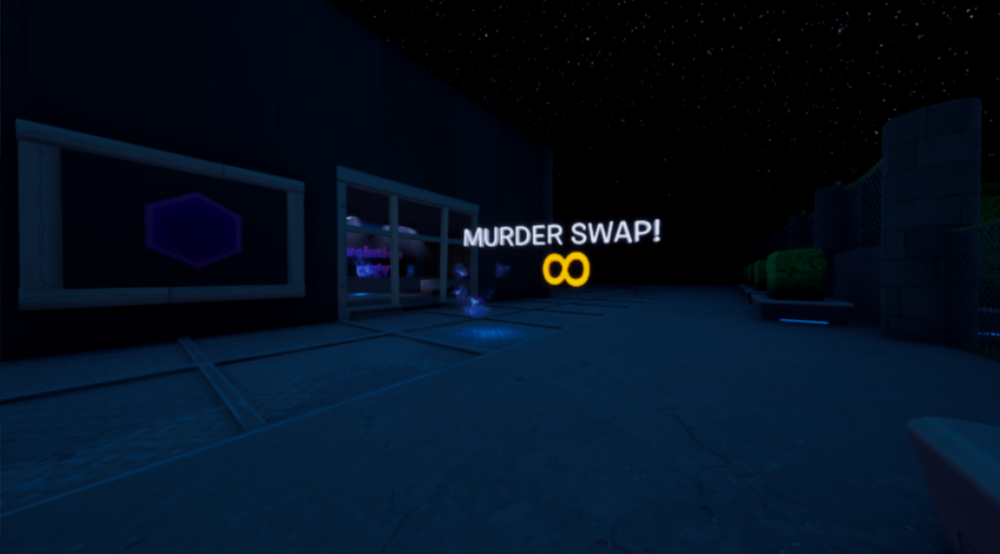 This Murder Mystery map comes with a twist and provides players with an opportunity to be either the sheriff or the murderer in the same play! Once the sheriff or murderer dies, the innocents can acquire the role of the one that has been killed.

So, you can pickaxe the innocents as the murderer or catch the murderer as the sheriff. But once either of these two die, any random innocent comes in and takes charge of the game. This also means that it is better that you trust no one in this match or form alliances with them.

The betrayal, the twists, and the excitement have earned this map its popularity, and many players play it. So, go ahead and betray some of your friends and stab them in the back! 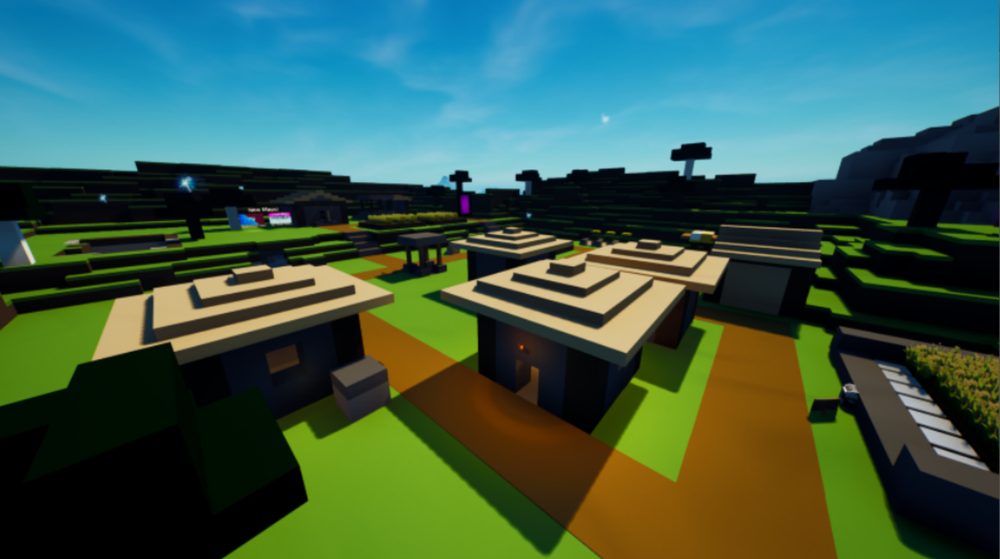 If you were wondering what a crossover between Minecraft and Fortnite would look like, then this is the map you should go for! It is crazy how accurate the details and for a second, you might even get confused about whether you are playing Fortnite or Minecraft.

You will be surprised at how close of a resemblance this map bears to the actual Minecraft. Furthermore, if you use the flat Minecraft texture pack, you will recognize the design immediately.

In this murder mystery map, one can collect coins by completing various tasks like mining and collecting them from the auto farm. These coins can be used to purchase weapons that you can use to protect yourself from the murderer. 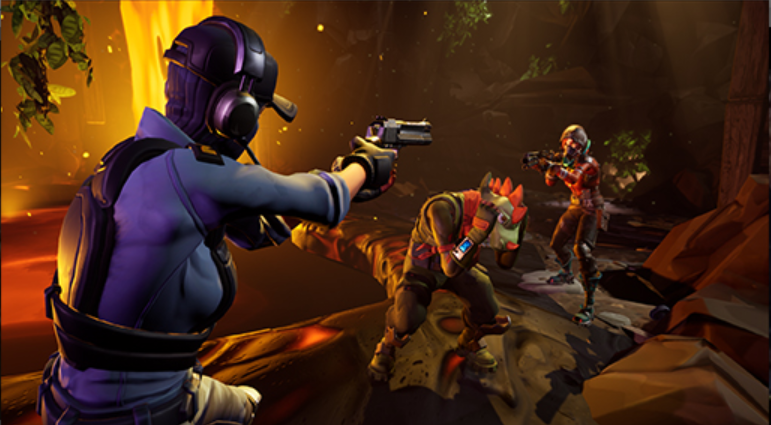 The Bloody Mines is yet another one of the classic murder mystery maps where the players are placed in an abandoned mine. As an innocent, you need to be careful and watch out for the murderer, who is controlled by another player.

This map became famous due to its exceptional aesthetics. The objective is pretty standard and similar to that of the other murder mystery maps, including the survivors, the murderer, and the pistol-wielding sheriff. 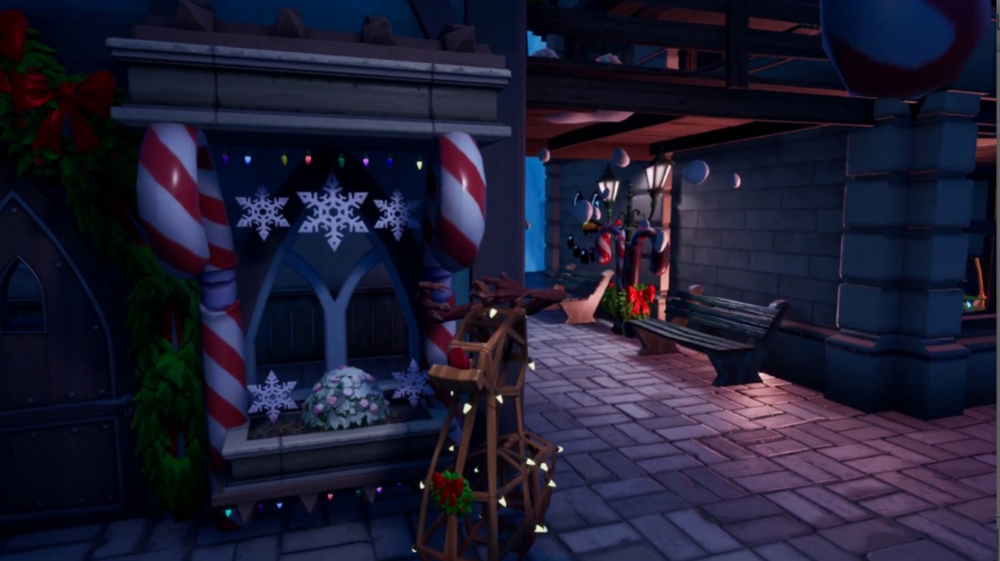 Make sure to save the Gruss Vom Krampus murder mystery map for the Christmas season, as it easily manages to put you in the holiday spirit. Created by ImTheGaps, this map puts three to sixteen players in an empty town filled with candy canes, snowmen, and other Christmas-related decorations.

The only catch in this happy jolly town is that it is not safe for any of the players. Krampus is out to find and murder every single one of the innocents, while Santa is their only savior. This map is a clever way to capture the fun of Christmas, especially when you play with your friends or squadmates. 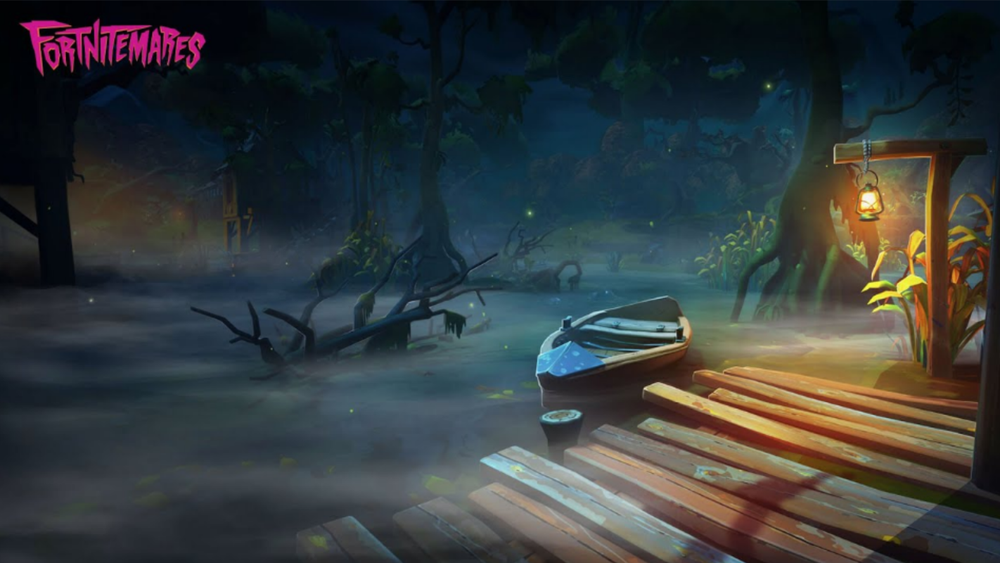 The Slasher Camp map is an interesting take on the Murder Mystery maps, and if you enjoyed playing the Horror map Dead by Daylight or Prop Night, then you will love this map too! This is a map in which the innocents are against the killer himself.

The goal of this map is that survivors have to complete objectives and loot crates, whereas the killer is locked in a cage at the start. Once the killer is released, they all have to hide and think of ways to kill the killer.

The biggest difference between this map and the other murder mystery maps is that the innocents can all collectively work together to eliminate the killer. Players found this the best part of the game and enjoyed playing this game. 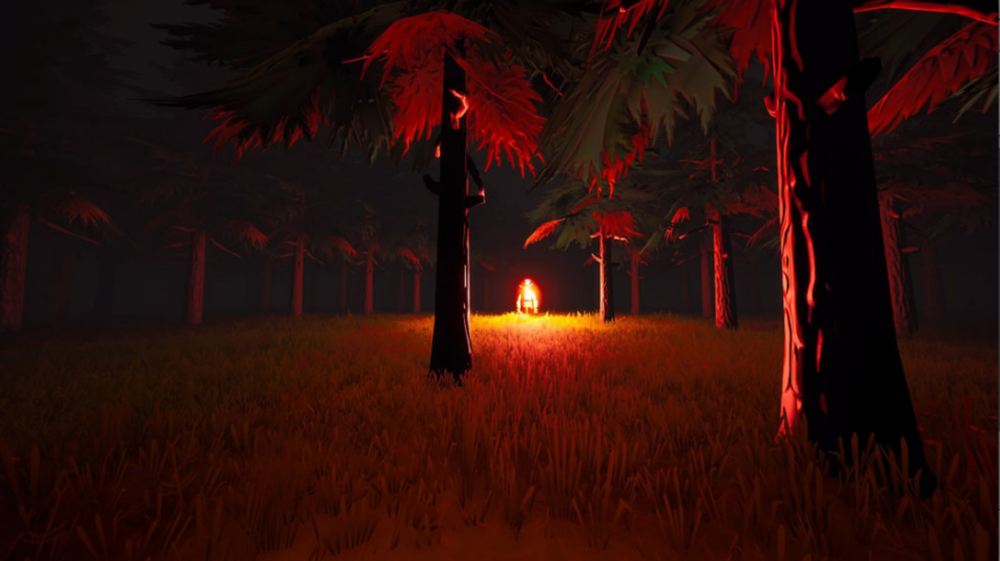 The Night Hunter map is definitely one to scare you to your bones and is a mix between a horror map as well as a murder map. The main goal of this map is that you and several other survivors must stay alive until dawn while hunters search for you to murder you.

The Night Hunter map will have you at the edge of your seat, grasping for anything as you run down the clock and against time to escape and come out alive. Do you think you are brave enough to come out of this map alive and unscathed? Go ahead and try it out and kill the hunter while you are at it! 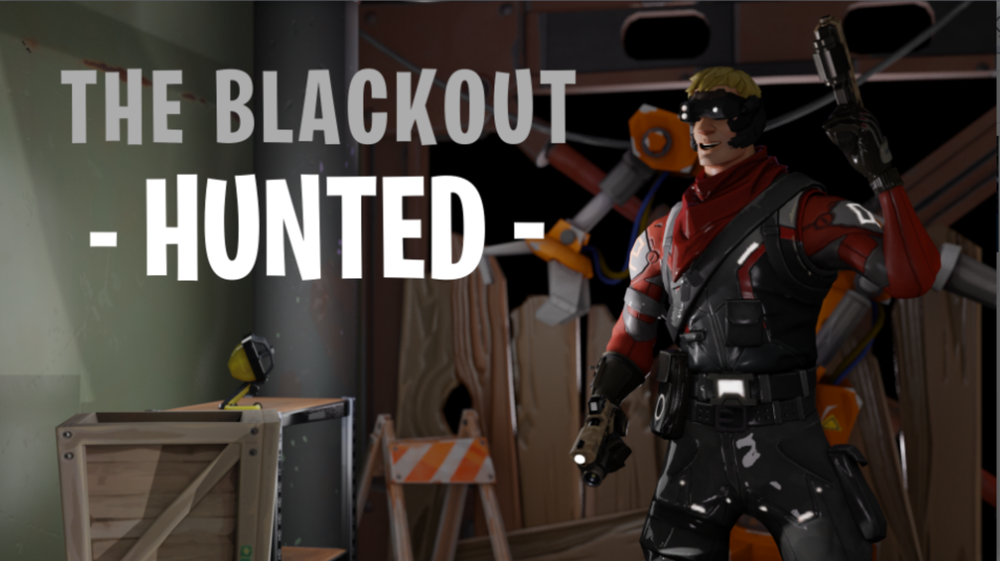 Even though it has been some time since The Blackout map was released, it still is one of the most popular and engaging murder mystery maps in Fortnite. There is a theme to this map and certain tasks you need to accomplish in order to escape.

Although this game has less “Mystery” as compared to other murder mystery maps, this is still an amazing game to play if you are into horror games. In this map, as a survivor, your goal is to collect resources to craft buttons to engage the Master Computer and escape. As a hunter, however, you must prevent that from happening by murdering the survivors. 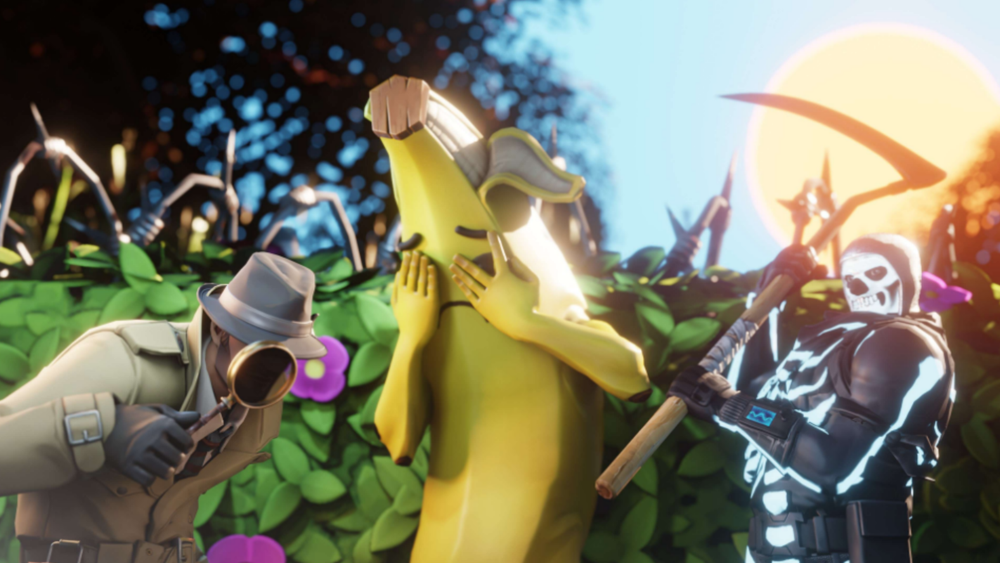 The Pro Murder Mystery map was created by fhsupport and stands out from the rest of the murder mystery maps. This map consists of eight roles instead of the standard Survivor and Detective. Detective, Seer, Pumpkin Man, Murderer, Clown, Doctor, Witch, and Skeleton are the eight roles.

All of these roles have their own special abilities and motives, and your sole goal is to use your abilities to your team’s advantage in order to emerge victorious in this murder mystery map! There are so many roles that one can acquire, and so much they can contribute to the game instead of waiting to become the killer or detective in the other murder mystery maps. 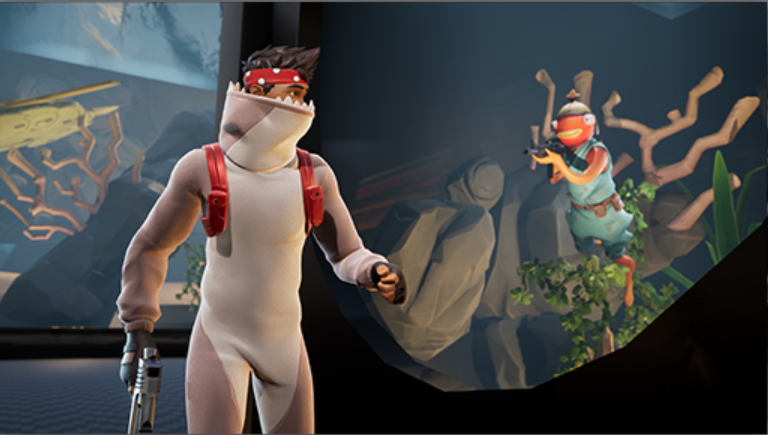 As the title suggests, the atmosphere of this murder mystery map is set inside an aquarium. In this aquarium, some tanks are used by players to hide in or collect coins. The Aquarium is a simple yet impressive map that was created for both Murder Mystery and Gun Game modes.

This map is similar to all the other murder mystery maps, and in this specific map, you have to collect coins and survive. You can also buy a weapon for defense if the murderer tries to eliminate you. The items available to purchase are a revolver, flint-knock, harpoon, sniper rifle, impulse grenade, and Slurpfish.

These weapons can be used to escape the murderer, and you can also kill them only if you are willing to take the risk!

How Many People Play Fortnite Player Count (2022)
Fortnite has attracted 10 million gamers just 2 weeks just after its release. Throughout this time, Fortnite had a 350 million player base, with 22.5 million new players who joine...
07/06/2022
1891 Views

Is Fortnite Cross Platform?
The options can be in any form, from building to cover creation, there is almost everything going for players who just wish to play this game in their own way. Of course, that isn...
18/06/2022
1754 Views

Arena Mode in Fortnite: How to Play, Ranks, Tips
Currently, Fortnite Arena Mode and Ranks in Fortnite are in a pretty decent spot within the minds of players. It is evident that Epic Games is unable to satisfy every single playe...
10/07/2022
1340 Views

Best Fortnite Key Bindings for Beginners and Experts!
The key binds are what make or break your game, especially in a game like Fortnite where there are so many commands that you have to enter all at the same time. Between the buildi...
18/06/2022
1481 Views
Comments
No comments yet
Please login to leave a comment.
Login
Streams
Live
Streams
Live
Popular