Fortnite became an overnight success and is one of the most played games. Every year countless people get on their Xbox, PlayStation, or PC to play this exciting game. Fortnite features many modes and has become so popular that it is also an eSport!

Fortnite is among the most strategic and competitive titles in the Battle Royale genre. It requires a little more than skills and reflexes to emerge victorious in a game, and only some of the smartest players can pull this off in the game.

To determine who the Smartest Fortnite Players are, we must first understand their abilities and behavior while playing a game. These players take the game as seriously as Football in the World Cup and are highly skilled and determined to be world champions.

In fact, Fortnite players have their own World Cup in the form of the Fortnite World Cup, and only the best players can qualify for this elite event. These players play at the highest level and dedicate their lives to eSports!

Following is a list of some of the best Fortnite players as of yet, so give it a read, and hopefully, you might learn a skill or two from them!

Here is a list of the Smartest Fortnite Players Of All Time: 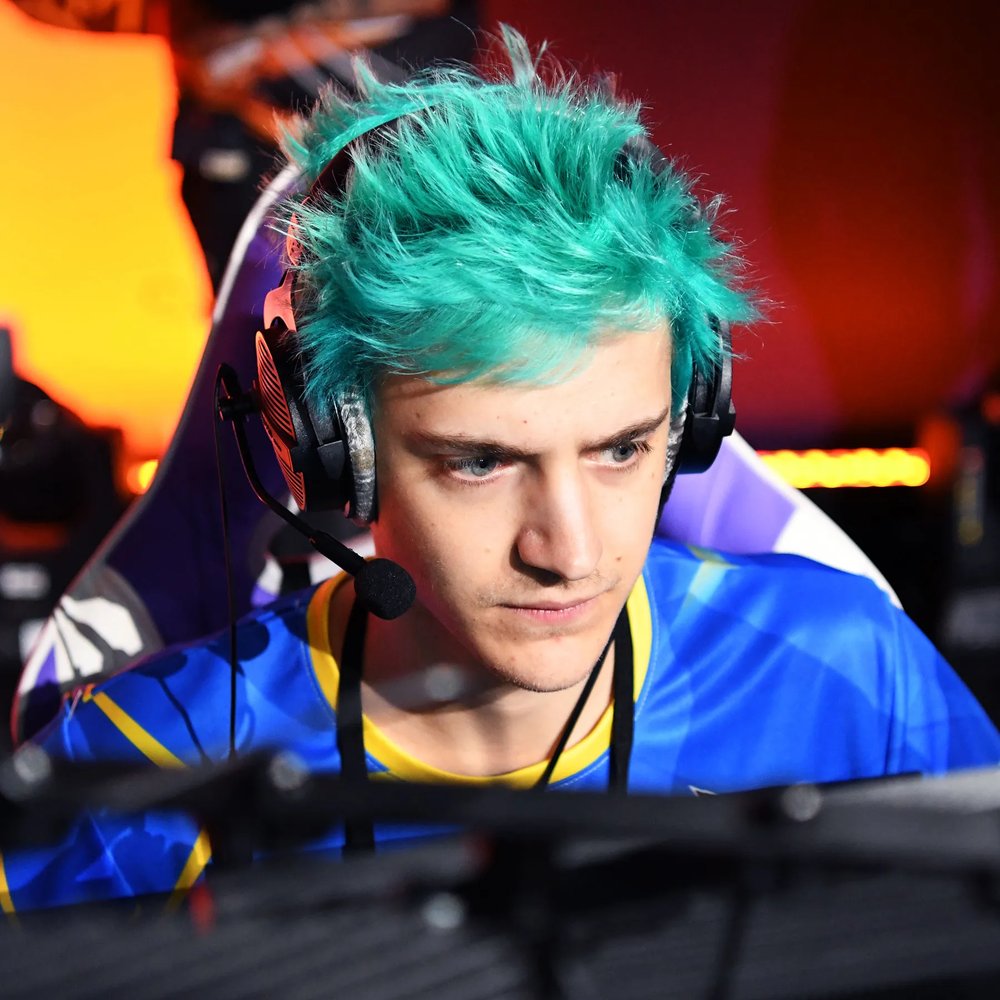 Although Ninja doesn’t play Fortnite anymore, he is still considered a legend in the world of Fortnite. It is impossible to discuss competitive Fortnite without mentioning Tyler “Ninja” Blevins, as he is one of the most famous Fortnite players to break into the mainstream.

Due to his ability to turn his gaming into a million-dollar career, we are inclined to say he is one of the smartest players. He made a name for himself in the gaming industry and even used his popularity with Fortnite to embark on a broader gaming career.

Eventually, Ninja signed a very lucrative deal with Twitch, and later, he made history as the first eSports player to appear on the cover of ESPN The Magazine! He also made an appearance on The Masked Singer and Family Feud. 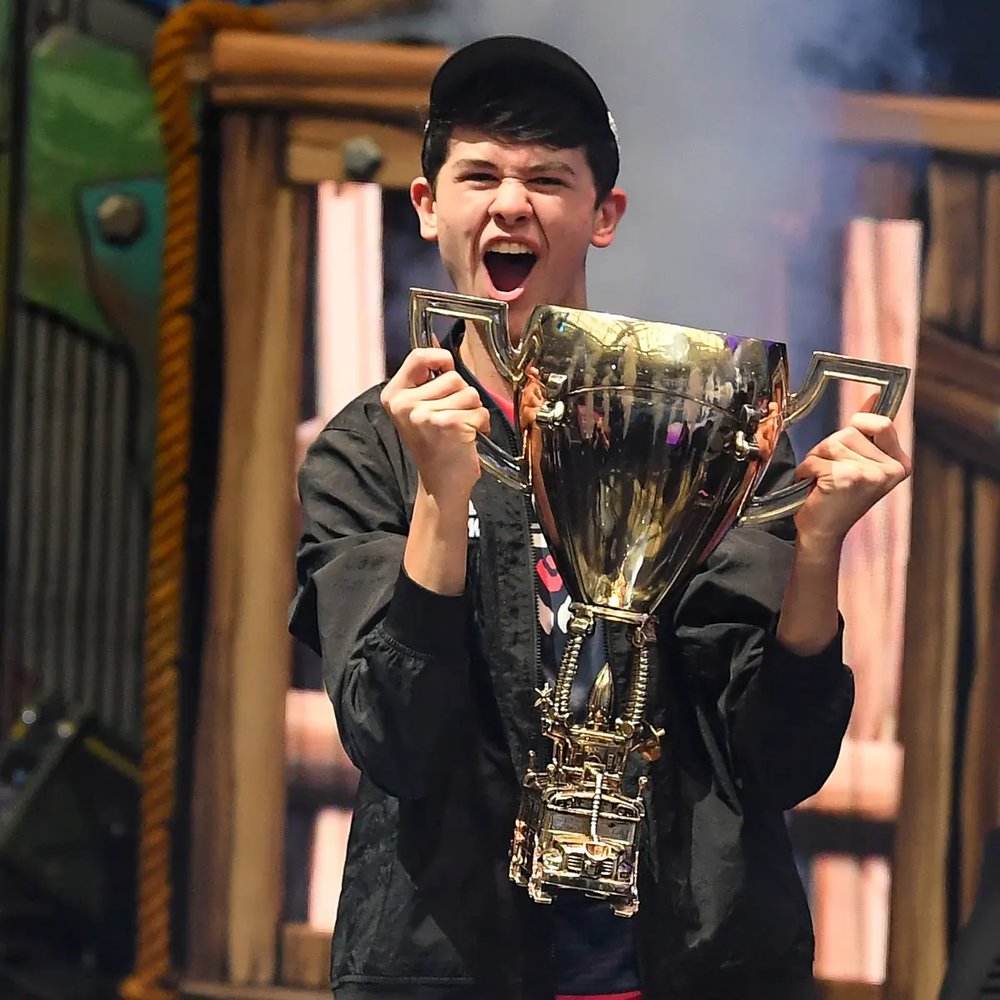 Kyle Giersdorf, well-known by his alias Bugha, is considered the smartest Fortnite player and was the winner of the 2019 Fortnite World Cup at the age of sixteen. Bugha has also won the FCNs three times, giving him a top-tier reputation in the Fortnite community.

The ability to stay true to his craft has made Bugha a smart Fortnite player. He has stuck with the Sentinels for three years, which is pretty dedicated for a player of young age on the rise. He has the endurance not seen in many Fortnite players older than him.

Furthermore, Bugha gained a ton of media exposure with appearances on the Tonight Show With Jimmy Fallon and The Today Show. Bugha’s ability to stay on the course and remain steadfast makes us believe he will remain one of the smartest Fortnite players. 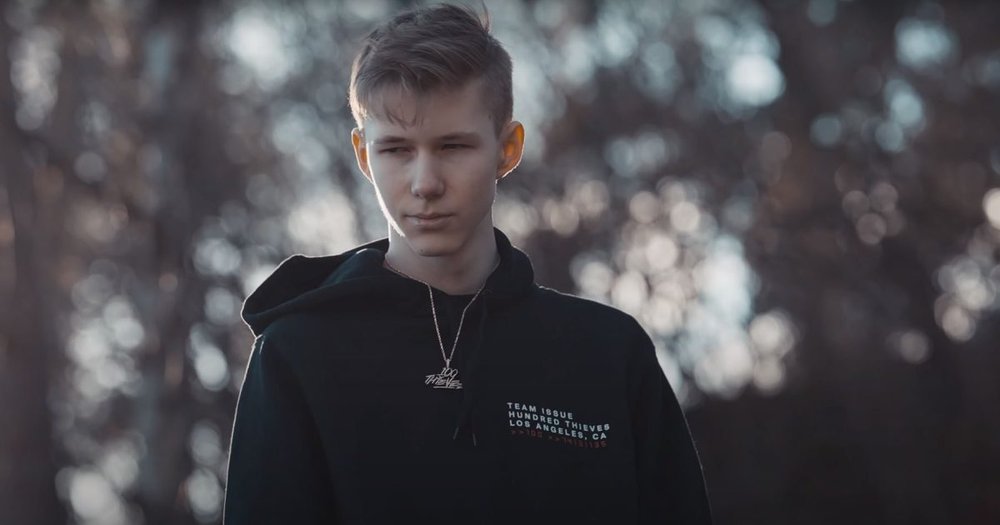 We have one of the most skilled and smartest Fortnite players to emerge from Norway. Martin Foss Anderson, better known as MrSavage, rose to the top of competitive Fortnite in Europe along with frequent partner Benjyfishy.

He is a Fortnite player and a gaming content creator for Become Legends and began rising to fame in 2019 when he joined NRG eSports at 15. He has continued to dominate Fortnite with his technically talented and unique gaming abilities.

MrSavage is especially popular for his talent to avoid taking damage or getting killed in Fortnite. He also has a one-of-a-kind playing style where he plays while having his high sensitivity enabled. On Twitch, he has 2.7 million followers and gets an average of 240,500 views per stream.

His popularity can be credited to his inventive playing style as well as his artistic editing in videos and ambition in the business side of Fortnite. 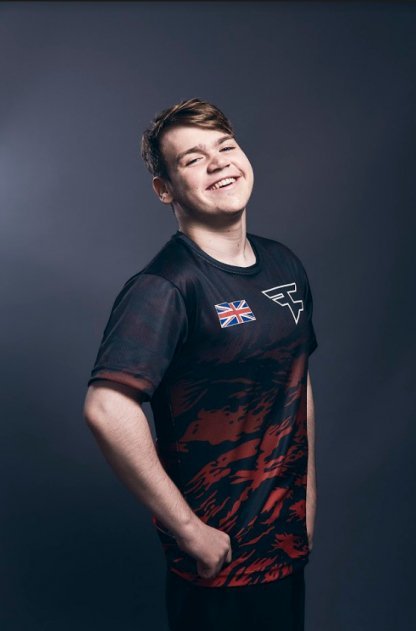 Kyle Jackson made his Fortnite tournament debut in 2018 at the young age of 13 years old. He proceeded to become one of the smartest Fortnite players. Fans know Jackson as the unstoppable Fortnite player, Mongraal!

He has had great success, including finishing 6th in the Fortnite World Cup and winning the European Luxe Cup. Mongraal rose to the top of European rankings in no time and signed with the FaZe Clan. He is among the best competitive players to play in Fortnite. 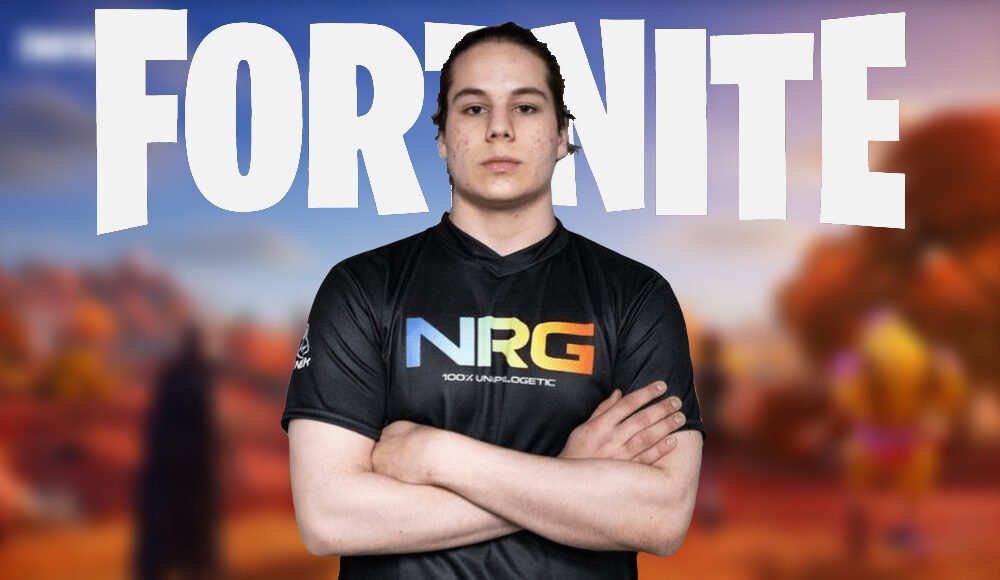 Zayt has earned well over $1 million through competing in Fortnite tournaments and is well known for competing as a duo with Saf in the Fortnite World Cup. In the World Cup, the two dominated for the entire tournament and remained in the top spot until the very end.

They finished fourth in the World Cup because they were eliminated early in the final game. Moreover, Zayt continued to dominate in the North American competitive scene post-World Cup.

Zayt has been able to consistently rank highly in Competitive Tournaments, due to which he is among the Smartest Fortnite Players on our list! 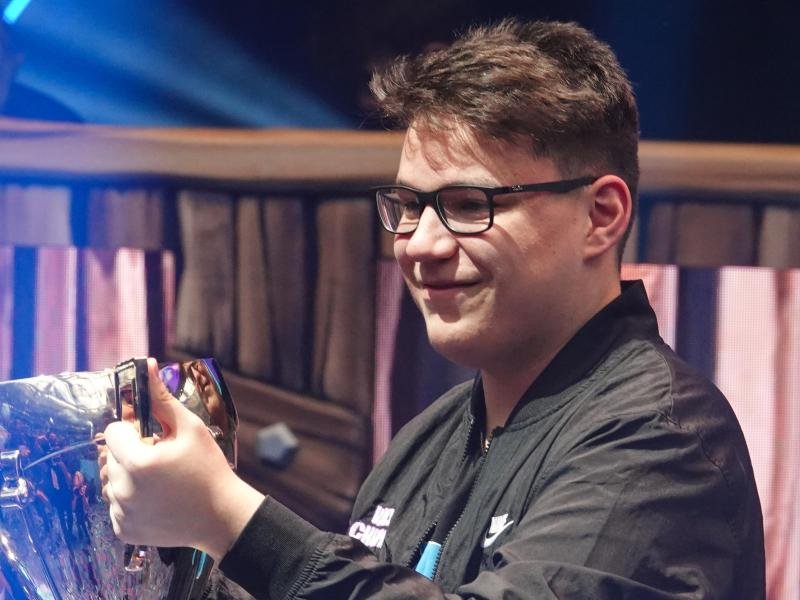 David Wang, famously known as Aqua, has earned almost $2 million from his Fortnite Tournament Winnings. He competes in the European region, which is often considered one of the most difficult regions to win in.

Although Aqua finds himself coming up against some of the world’s toughest competitors, he still manages to come on top regardless. Furthermore, he managed to pull off one of the greatest comebacks in Fortnite history during the Fortnite World Cup.

Aqua was competing as part of a duo with Nyrox and managed to win the tournament's final two games and secure the Duo World Cup history. Aqua has continued to dominate in the European region since his win, making him one of the smartest Fortnite Players. 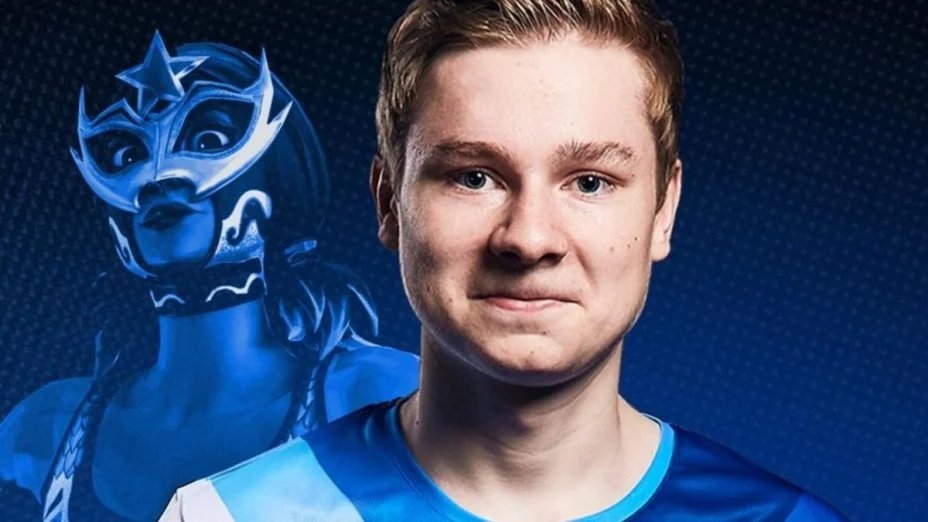 Mitr0, full name Dmitri van de Vrie, is a Fortnite Player from the Netherlands who is a part of Team Liquid. Before Fortnite, he was a regular in the CS:GO and Black Ops communities. According to many of his fans, his beginnings in more traditional FPS games are part of the reason he leads with a practical and disciplined approach to playing Fortnite.

He currently has 980,000 followers on Twitch and gets an average of 37,000 views per stream. Mitr0 has made a name for himself in the community beyond just being a Fortnite player, despite his young age.

One of Mitr0’s best talents is his ability to quickly and intelligently communicate with his fellow players. During his games, he regularly displays a calculated mindset that goes beyond simple talent. Many view him as a competent and smart player who has made quite an impression in Fortnite as well as the gaming industry. 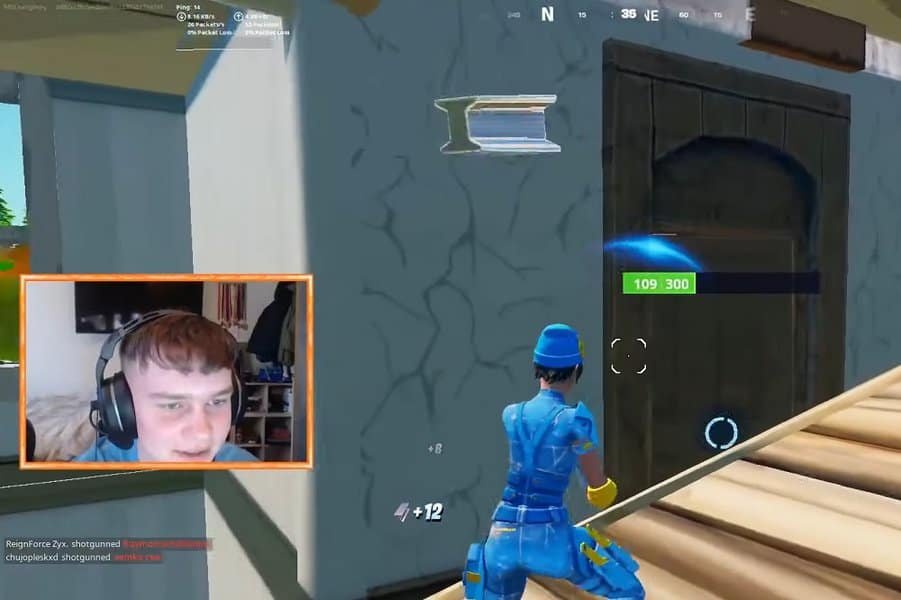 Swedish Superstar Moussa Faour, aka Chapix, falls into the category of Fortnite pro players who started at a very young age. He started playing Competitive Fortnite in 2019 and quickly established himself as one of the smartest Fortnite players!

He was a member of Falcon eSports and often used to team up with Hen and TaySon. This was before he decided to leave Team Falcon and expand his skills elsewhere. Chapix has had a lot of success in Europe and won several Fortnite Tournaments, including two Frosty Frenzy sessions and a Cash Cup Session 4.

He is one of the Fortnite players you should watch since he is highly likely to win a Fortnite World Cup! 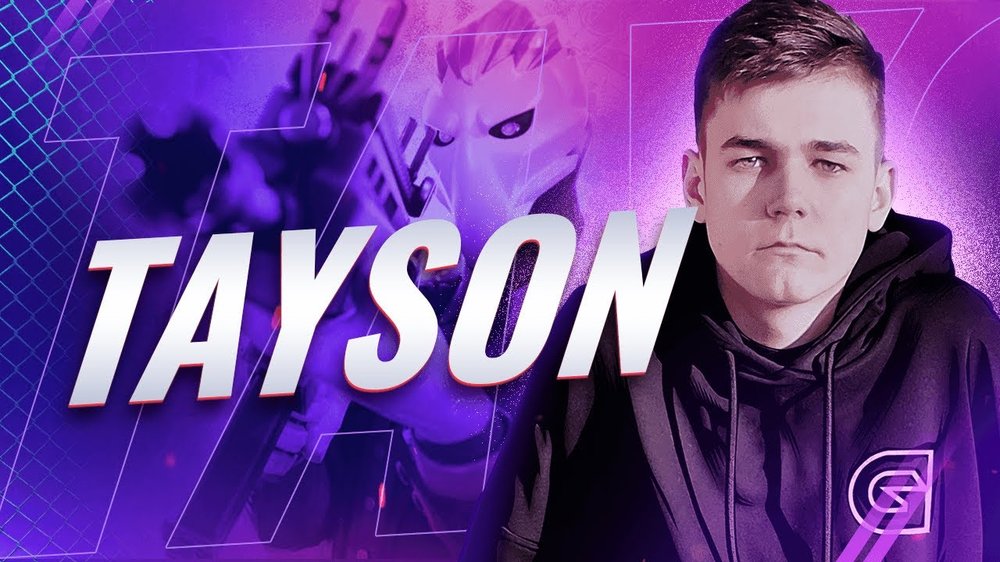 Born in Slovenia in 2004, TaySon, whose real name is Tai Starčič, is yet another youthful star on the rise to fame. TaySon currently plays for Falcon eSports and started his career in 2019 at 15 years of age.

While he is not as famous as the other players on our list, with 578,000 followers on Twitch, he has still made great progress in the professional Fortnite community with his tenacity. TaySon is mostly famous for his strategy in terms of Fortnite smarts.

He has a specific pattern that he follows in his game, but that doesn't mean that he is predictable. Tayson’s fans have described his approach as similar to a flow chart, with TaySon having a solution for all difficulties that come his way. He is considered the smartest Fortnite player because he has the answer to every challenge. 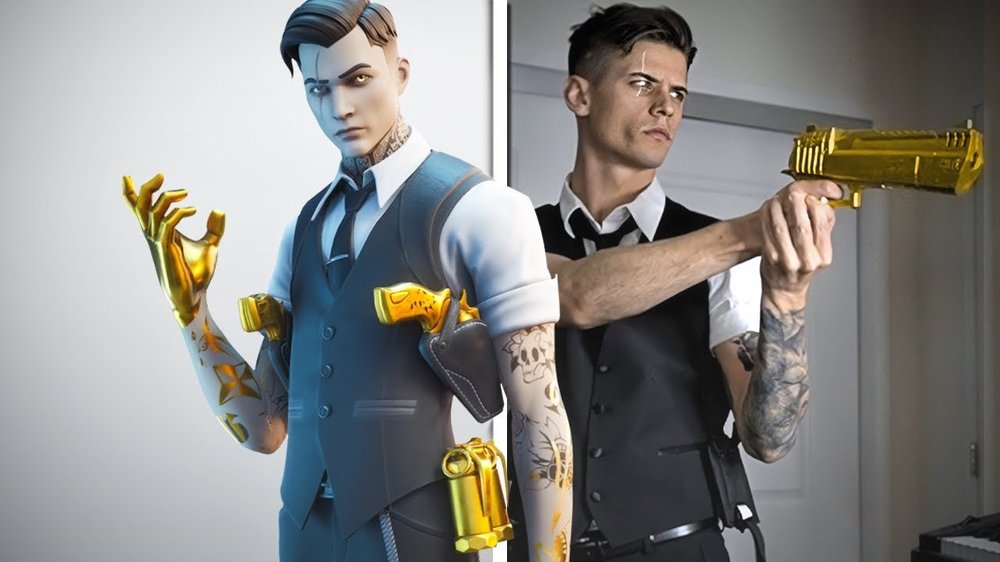 Nate Hill first became famous and made a name on Youtube and Twitch, doing covers of famous songs. However, his popularity exploded when he started playing Fortnite: Battle Royale and later signed a deal with the FaZe Clan, after which he continued to succeed in competitive Fortnite.

Hill often teams up with FunkBomb, and the duo qualified for the Duos World Cup and also did well in the Fortnite Fall Skirmish but was caught cheating and violating the rules. Hill has over 1.6 million followers on Twitch and 676k subscribers on Youtube.

Looking at his play style and the way he tackles different obstacles, he is among the list of the smartest Fortnite Players.

The Best Fortnite Controller Settings (2022)
When it comes to playing video games like Fortnite, make sure that your controller has the finest settings for key configurations and other features, and you'll move from a novice...
13/06/2022
4428 Views

Fortnite Waiting in Queue Error Explained + Fixes
It's annoying when you get a "Waiting in queue" issue in Fortnite and you can't enter the game and then have to stay in the queue for a few minutes for it to start. In this case, ...
27/05/2022
950 Views

How Many People Play Fortnite Player Count (2022)
Fortnite has attracted 10 million gamers just 2 weeks just after its release. Throughout this time, Fortnite had a 350 million player base, with 22.5 million new players who joine...
07/06/2022
2052 Views
Comments
No comments yet
Please login to leave a comment.
Login
Streams
Live
Streams
Live
Popular