Where To Find The Shockwave Hammer In Fortnite 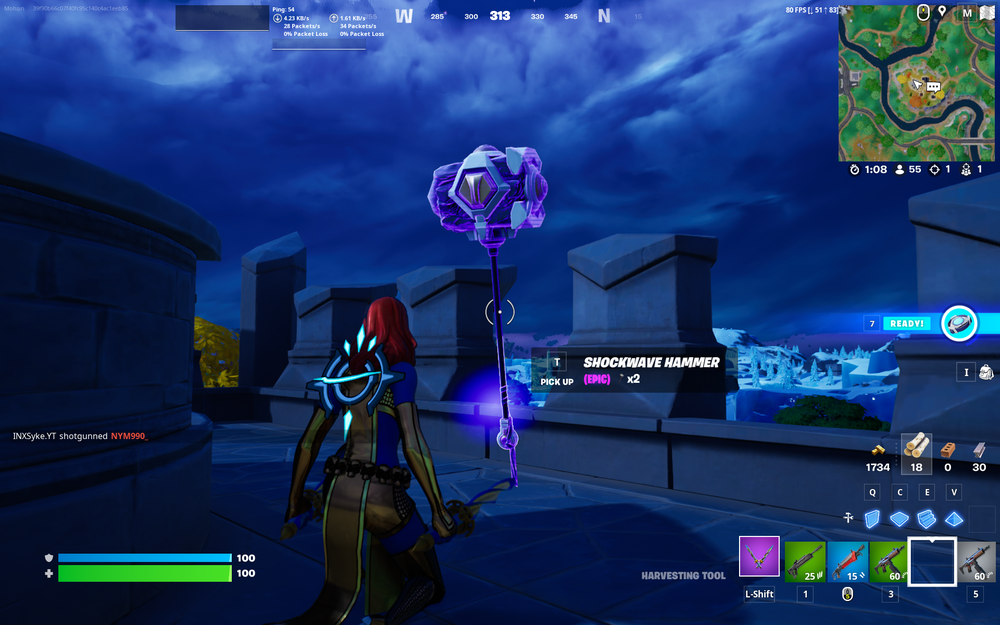 The Shockwave Hammer is a new weapon that was added in Chapter 4 of the Battle Royale game. Players will find the weapon to be quite versatile since it has two uses for both travel as well as offense. 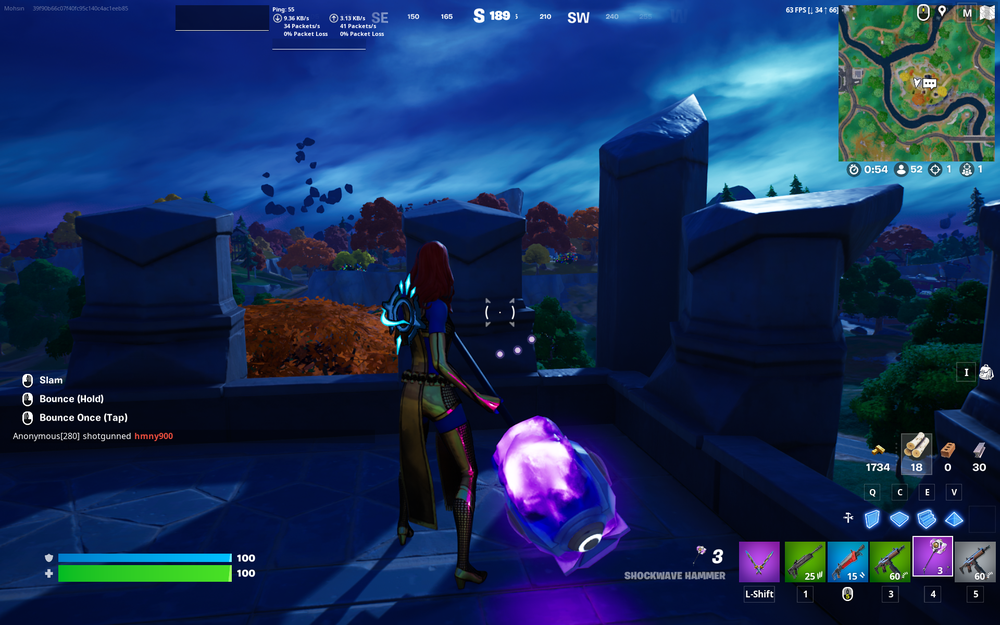 You can throw your enemies backward with a shockwave blast, or you can wield the hammer as a weapon to strike them down to deal damage. Moreover, it also allows you to bounce on it by slamming into the ground and launching yourself through the air to travel significant distances in a short period of time.

A cooldown is attached to the second action, so players can’t use it freely and soar above the island. This article consists of information on how you can get and use the Shockwave Hammer in Fortnite, as well as locations to search. So, let’s get into it!

The Shockwave Hammer was removed for some time from the game between 9th January and 10th. This was because players came across a glitch while using it. The glitch was that if players jumped over water and launched their Shockwave Bounce off the surface, only then could they continue bouncing indefinitely while using the Shockwave Slam of the hammer.

This gave the players using it an unfair advantage over their enemies. However, luckily, now the glitch has been cleared by Epic Games, and the Shockwave Hammer has returned to Fortnite. So, if you were one of the players who missed it, then you can simply go ahead and play with it. 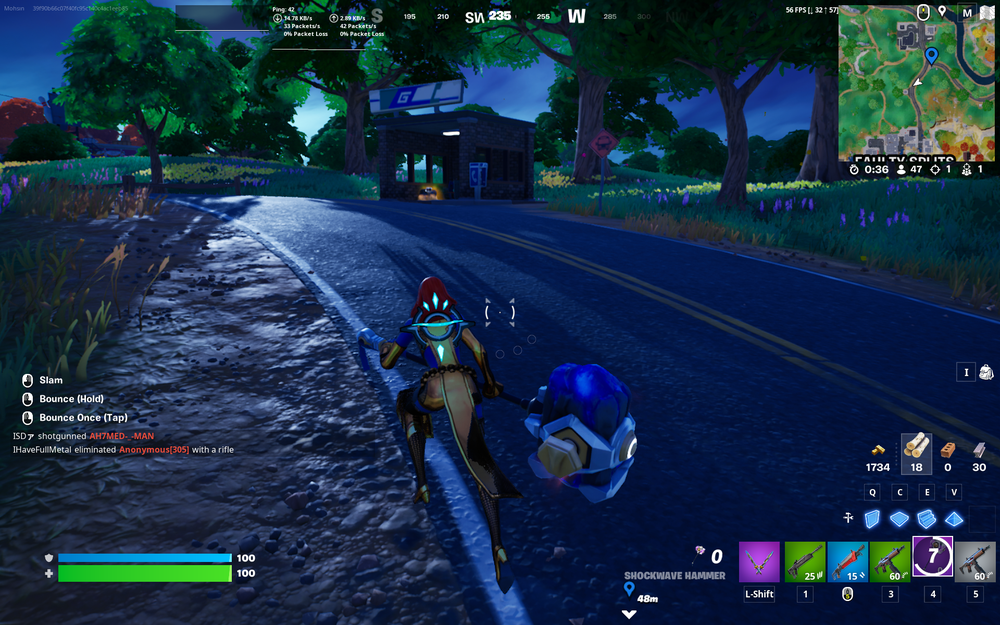 The Shockwave Hammer is among the new weapons in Fortnite. It is also among the epic-rarity drop that can be found in any chest or loot dispenser, such as the new Capture Points that drop weapons when successfully taken.

Unfortunately, as a result of their rarity, they are much more difficult to find in standard chests and weapon sources than any other bit of equipment. Players have a much higher chance of finding the Shockwave Hammer in Oathbound Chests. These are the new and larger chests with white and gold coloration.

Where To Find The Shockwave Hammer

Players who are set on finding a hammer should definitely look for one of these Oathbound Chests. These chests can usually be found in medieval-themed locations, such as the following:

It is not guaranteed that players will surely find the Hammer in the locations mentioned above. However, the odds are pretty high, and the players who are determined to find should go ahead and start looking at these locations first. Moreover, there is also the option of shooting a player who already has the Shockwave Hammer and just taking it off of them.

About The Shockwave Hammer

The Shockwave Hammer in Fortnite is a large melee weapon capable of dealing 75 damage to all the opponents around it as the user bangs it against the ground to generate a short-range shockwave.

All things considered, this is not a large amount of damage but also has the ability to throw enemies back for quite a distance, like the no-vaulted Shockwave Grenade. This gives players tons of ability to throw their opponents around and land them in dangerous areas.

You can place your enemies in areas such as into an ally’s sight or the approaching gas, or you can simply push them off a cliff if they are standing close to the edge. Players can also use the secondary function of the hammer, where they launch themselves into the air. 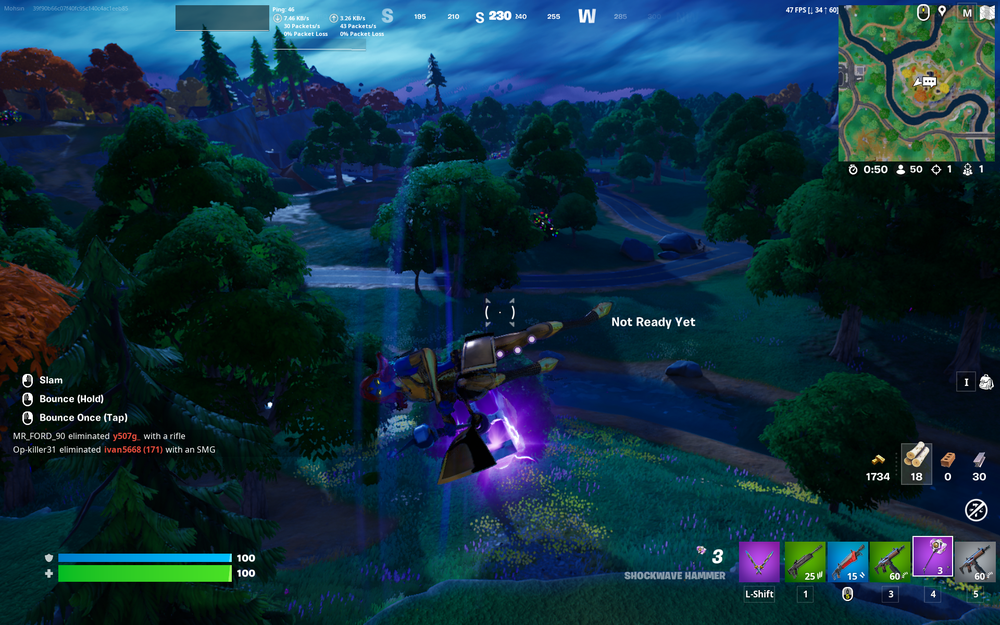 In several ways, this is the main point of the Shockwave Hammer – sudden motion and mobility. The launch fires a player upwards, allowing them to cover great distances in no time, though it is a pretty obvious action, making them stand out to all the players that might be nearby.

Regardless, players can charge up a slam along the way, which will allow them to vault upwards and land with a bang. Lastly, using the hammer in any way will use up ammo, for which the weapon has four slots.

However, they recharge over time, taking around 15 seconds to restore and reload each empty ammo slot.

10 Ways to Level Up Fast in Fortnite - Chapter 3 Season 2
So, you must level up as much as you can to reap as many battle pass benefits as possible. Though this can feel like a daunting task, we’ve got a few ways how to get XP fast in Fo...
26/05/2022

Everything About The Fortnite x Polo (Ralph Lauren) Collaboration
Want to know more about the Fortnite crossover with Polo Ralph Lauren? Check out this article where we tell you all about it including its release date and skins!
22/11/2022
Comments
No comments yet
Please login to leave a comment.
Login
Streams
Live
Streams
Live
Popular