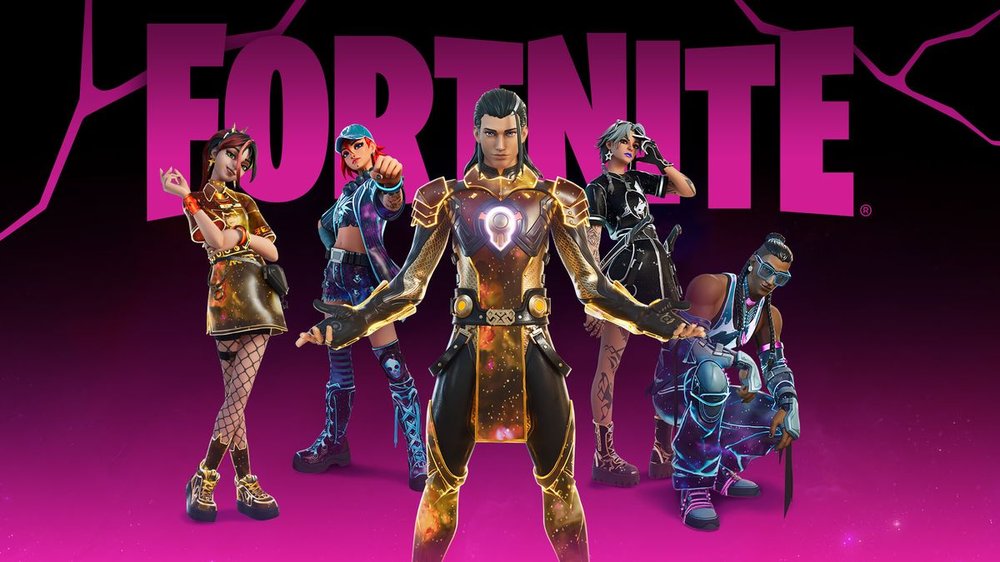 It has been more than a month since the Winterfest update was released in Fortnite. After what felt like an eternity, Fortnite is at last Fortnite is getting a proper mid-season update on Wednesday, January 18, that includes new content and bug fixes.

The update includes tons of exciting content, such as the upcoming The Kid LAROI collab to the rumored Dead Space crossover. There are also tons of speculations as to what is going to come in the next few weeks.

This article consists of the Fortnite update 23.20 patch notes, so if you were wondering about that, then you have landed at the right place. Let’s check it out! 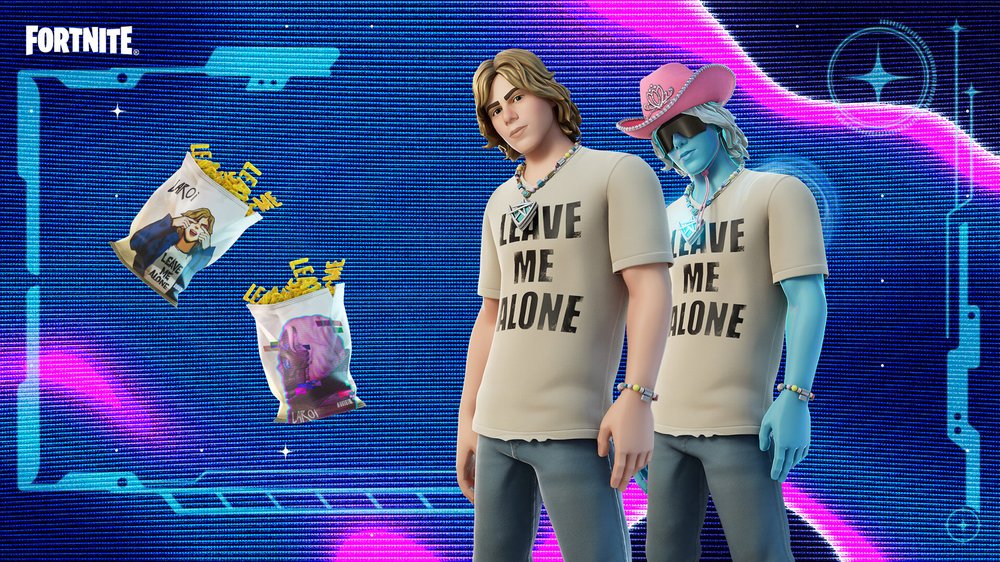 The developers of Fortnite, Epic Games, have officially confirmed the Kid LAROI collaboration and that he will be taking over a radio station in the game. However, more content about that specific collaboration will be announced very soon.

This might very well be an in-game concert that was reported recently; who knows? According to several leakers, a new emote will also be arriving as a part of this collaboration. The emote will feature the son “Stay” by Justin Bieber featuring The Kid LAROI. 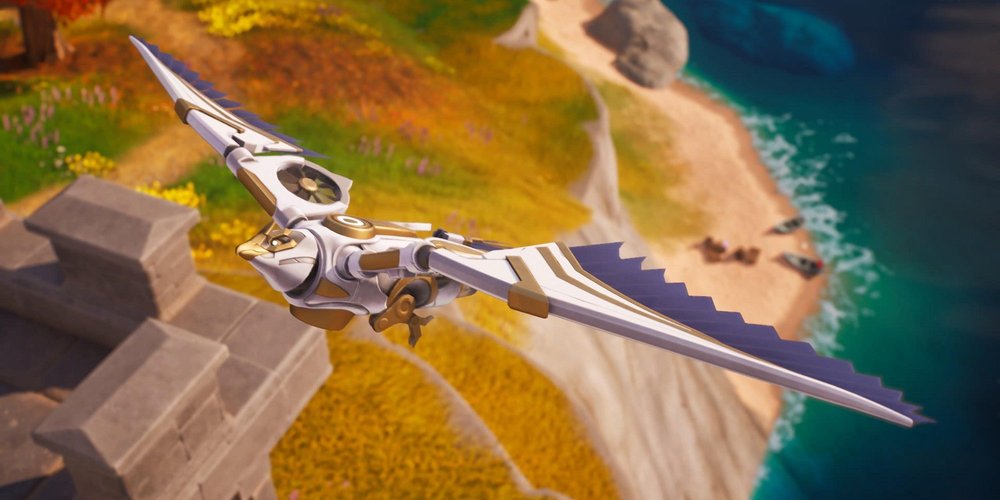 The Falcon Scout item was previously teased in the launch trailer of Chapter 4. At last, the item is getting added to Fortnite after the 23.20 update. You can easily find one by looking through the Oathbound Chests.

The Falcon Scout item is designed to fly around a player’s current location as well as highly the nearby enemies and items with a red marker. It also has the ability to collect Reboot Cards and pick up teammates that have fallen.

As it happens in every update, tons of skins will be added to Fortnite, including Midseason Drop styles for Doom Slayer and Dusty, which can be unlocked by completing their respective challenges.

Moreover, you will also see new weekly quests going live, along with the continuation of the narrative Oathbound Quests. In other words, players can get one step closer to unlocking all of the Battle Pass skins. We can also hope to finally get some news about that long-awaited Family Guy collaboration! 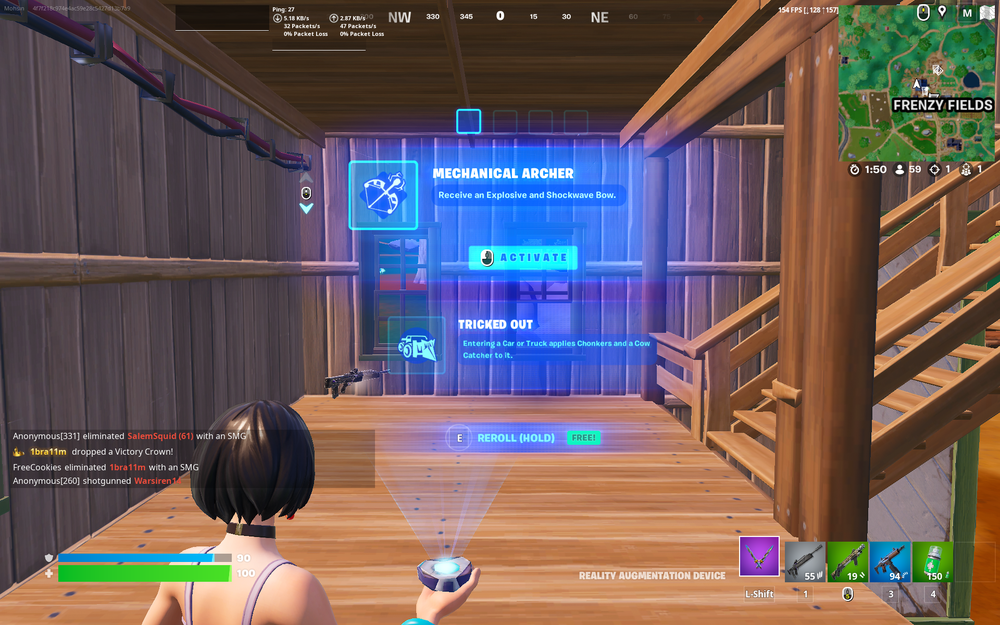 Reality Augments were a fun feature added to Fortnite by Epic Games, and if you loved them, then you are going to love this even more. In the Fortnite 23.20 update, five more Reality Augments have been added. These are as follows:

Players can also unlock these Reality Augments in the same manner as they did the previous ones, i.e., by playing battle royale matches and adding them to their loadout.

Many leakers have suggested that the next big video game franchise to cross over with Fortnite could be Dead Space, following in the footsteps of Tomb Raider, Resident Evil, and God of War.

As per a report from Insider Gaming, the Dead Space collaboration is scheduled to happen on the 23rd of January. This would tie in nicely with the Dead Space Remake being released only a few days later.

Aside from all the amazing and exciting content, there are a few bug fixes being released as well in the Fortnite 23.20 update. These bug fixes are as follows:

How to get free V-Bucks in Fortnite (2023)
Who doesn’t like free stuff? We all love to get a piece of the pie, from free games to free in-game items. Fortnite is well known for offering a lot of attractive cosmetic items. ...
26/07/2022

How To Find And Destroy Hiding Places In Fortnite (2023)
There are some hidden places in Fortnite where you can get rewards by destroying them. However, this article will help players who don't know how to find and destroy such places t...
25/05/2022

How To Refund Skins, Cosmetics, and Items in Fortnite (2023)
Of course, people make mistakes and some purchases can be unintended. This is why Epic Games has the best and most advanced refund system in any game, which lets you return items ...
31/05/2022
Comments
No comments yet
Please login to leave a comment.
Login
Streams
Live
Streams
Live
Popular