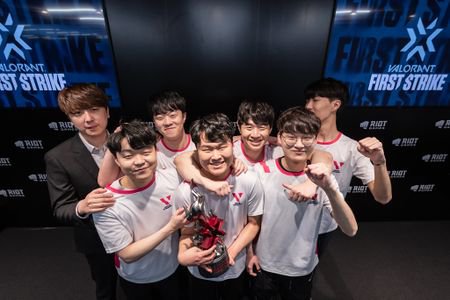 So we’re seeing a trend in VALORANT esports. There’s been a noticeable increase in the amount of 6 man rosters. We’ve seen it in many regions, from TSM in NA, Heretics in EU and of course, Vision Strikers in Korea. We’ve seen success and failure so let’s explore this topic in some more detail.

Let’s start with the pros first. Well, the whole idea of a 6 person roster is to promote flexibility and specialisation. It’s commonplace in lot’s of other similar esports, in the Overwatch League it’s required to have at least 7 players, on more that can be on the server at any one time. While this obviously makes sense in an esport like Overwatch, how is it for VALORANT?

I think in theory it can definitely make sense. Having a specialised Viper player for the Viper maps to replace a regular controller player sounds great in principle, the playstyles are different and if people can specialise, surely they can improve more at their chosen speciality? The problem is then why not have 15 players, one for every agent and you can be so specialised it’s ridiculous? Well because that’s stupid and that’s where the cons come in.

Firstly, there are cons for the org that are pretty obvious. More players means more contracts which means more money. Having an overstacked roster is expensive which means it’s only really a possibility for the top few teams willing to invest a lot. Not to mention the extra bureaucracy and planning it takes to manage more people,

Now comes the biggest problem and that’s from the players themselves. Several players have spoken against this sort of team structure saying they don’t feel secure or supported and are always on watch. To quote Sick “Not a fan of 6 man rosters, feel like it just creates unnecessary pressure on players to perform. Even if nobody wants to admit it everyone is fighting for a spot on the team. Aside from that, it can easily make the team lose direction in how they want to approach the game”. Unless the relationships are rock solid and well managed, internal politics can quickly become an issue. 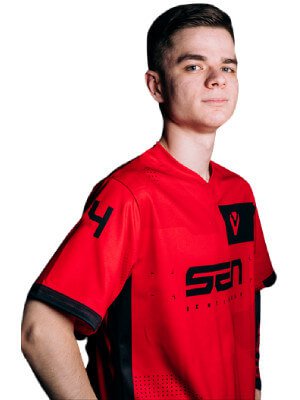 A dynamic where you are not always playing promotes a lot of competition between players. Players want to play so it would make sense that they would want to guide their team towards a style of play that involves their specialisation. While you would assume that every player would put the team first, we can’t know that to be the case in reality. This is a particular problem in VALORANT due to the regular introduction of new maps and agents. Who gets to play on this map? Who should get the new agent? In a traditional roster, these questions are never problems.

So how does it actually play out? Let’s look at a few examples. An obvious bad example of how to run a 6 man roster was TSM bringing in Brax. While this team has been somewhat of a revolving door of players there was a brief period where they decided to try 6 players at once. The big problem with this is they neglected the pros of flexibility and it was clearly a thinly veiled threat to the weaker players to get their head in the game. When all was said and done they moved on from the idea pretty quickly.

However, on the flip side, we’ve seen 6 man rosters used to great effect. The prime example of this is of course the Korean boogymen, Vision Strikers. Back in early July, we saw the addition of former NUTURN player Lakia. After showing his enormous talent in masters Reykjavik, he was clearly in high demand. The buyout from Vision Strikers effectively meant two things. They’d acquired some hot new talent, as well as crippling their rivals. Truly a stroke of genius. While Lakia hasn’t played so far in Berlin, we heard in the post-match interview after beating Acend that this was in fact deliberate to save him for playoffs. Some teams save strats but they literally saved players????? I’m honestly very impressed and the team seem to understand their dynamics well and they are well and truly the flagship of 6 man rosters.

While I think in the long term we could see add an extra chair to their desks, right now I wouldn’t be so sure, particularly in the west where we are much less accustomed to them. A 6th player changes a lot and if the players don’t feel comfortable, then I doubt it’ll become that popular. In my personal opinion their great on paper and as VALORANT grows in size and depth it might be the best way to handle the influx of changes, but until players attitudes change, we’ll have to stick to what we know.

Keys to the Game: SMB vs Acend
Ahead of the first games of Masters 2 Berlin, I look at one of the first matchup's we'll see, Acend vs SuperMassive Blaze. I explore the key win conditions for both teams and the ...
09/09/2021
1692 Views

The Best Viper Walls and Smokes on Fracture
Viper is one of the best controllers in the game, and you can find a lot of value with her on Fracture. In this article, we will look at the best, and most used walls and smokes b...
17/03/2022
9952 Views

The Best Viper Walls and Smokes on Ascent
Viper is one of the best controllers in the game, and despite not being the most picked controller on Ascent, you can still find a lot of value with her on the map. In this articl...
23/03/2022
4113 Views

VALORANT Icebox Map Guide
Take a look at how to play Icebox, one of VALORANT's most controversial maps
07/02/2022
2667 Views
Comments
No comments yet
Please login to leave a comment.
Login
Matches
Live