How The Guard Plays Split 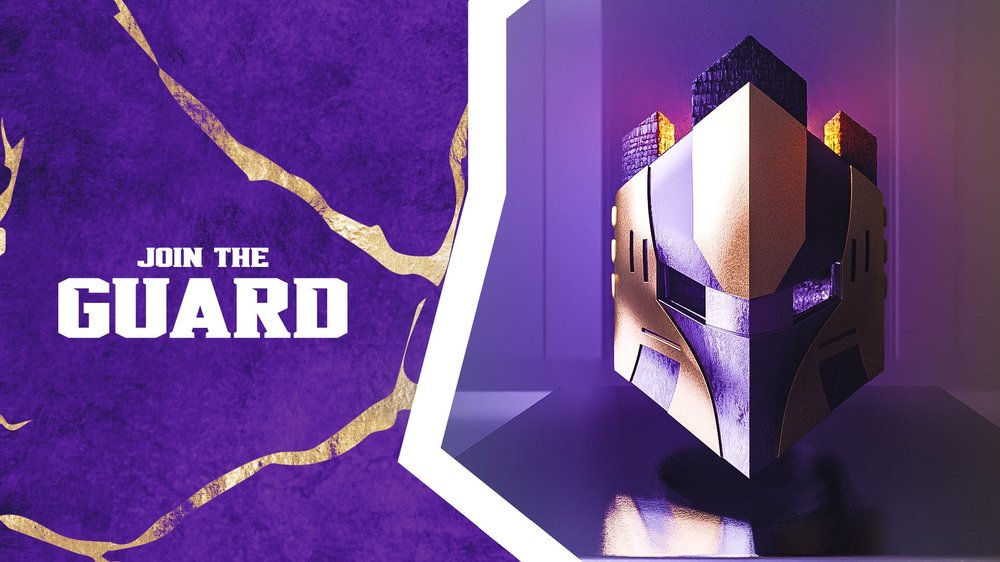 The Guard is the main sensation of North America in the beginning of 2022. The team, which don't have "Big Names" manage to qualify for Masters in Reykjavík. In the match for a slot against Cloud9, The Guard made a comeback, and won the third map, Split. Here you will find a key info about Guard's Split. 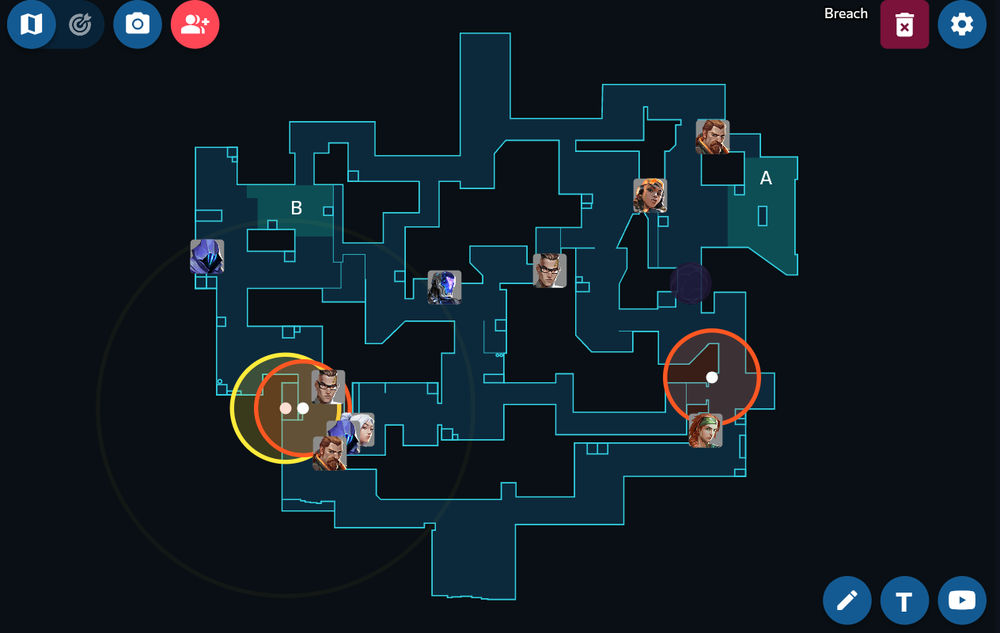 The Guard started a pistol round in attack passively. Nobody didn’t pick or rushing. Three players, who stayed before China, they waited for KAY/O’s knives. After that Omen gave a smoke to A short, Skye scouted A Main, Ramp and Tower by dog.

Jett and Breach got closer to Haven, Omen gave a Paranoia there. In this time Chamber got closer to B site, Skye through canals rotated to mid, and will be play as a lurker until the end of the round.

As a result, Guard managed to split B, and won the pistol round.

A execute with Rolling Thunder

This "A execute" was very simple and basic. Skye scouted A site by dog, Omen put smokes Haven and Screens, Breach used Rolling Thunder, which cover all A site. Thanks to the fact that Cloud9 had only Omen a Site, The Guard managed to take the site quickly. Then it was a matter of technique to bring the round to its logical conclusion. 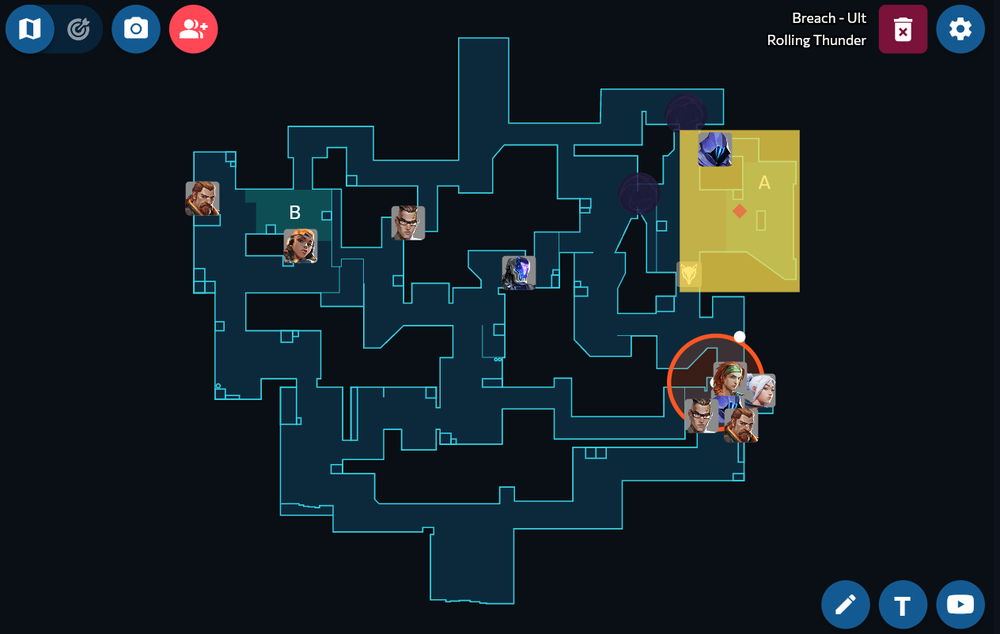 The setup in the pistol round, when the score was 4:8, looked like that. Cloud9 pushed A site straightly, without haven. 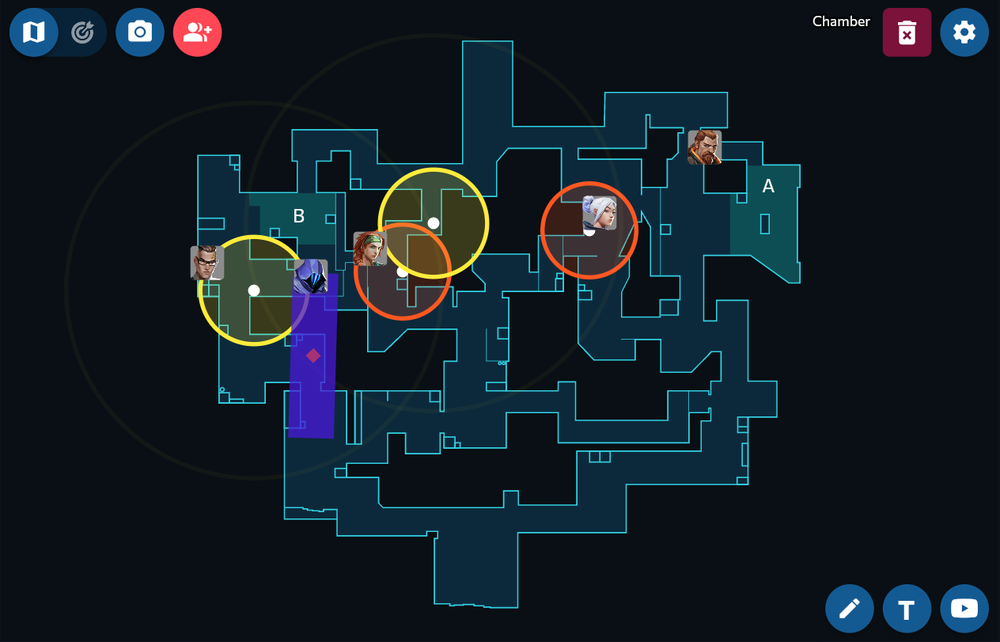 Unfortunately for trent, who was in elbow, he didn’t have time to stun, and just dead. The Guard managed to make retake 4v5, attacked from two directions, in pairs: valyn with neT, and Saya with JonahP.

After that, The Guard won two next rounds, and lost one. When the score was 7:9, the team took a timeout, which, in my opinion, played an important role.

Sayaplayer started the round aggressively, picking from the post with Operator, mid. Chamber and Breach were on A, Skye on CT spawn close to A, and Omen was alone on B. He teleported to the box, where Cloud9 didn’t expect him. 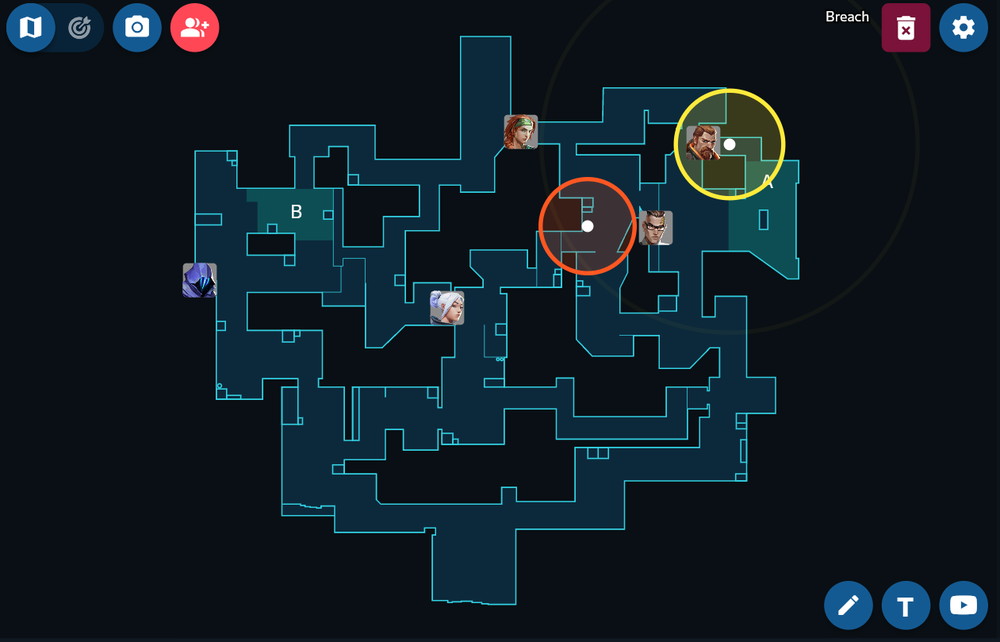 Cloud9 made all good. They used Rolling Thunder, KAY/O’s Ult, Raze used Blat Packs to enter site fast. But they didn’t check the left box, where Omen sat. Valyn was, in cold blood, made three kills and won the round for a team.

Finally, I would like to point out the fact that Guard are quite flexible defensively. They are not shy about changing positions, and are ready for many scenarios. As an example, after Valyn highlight on B, he played only on A until the end of the game. The Guard started using Chamber on A, with Ult or Operator, and Jett with Breach on A. Sayaplayer also played with Operator.

Some compositions of The Guard defense: 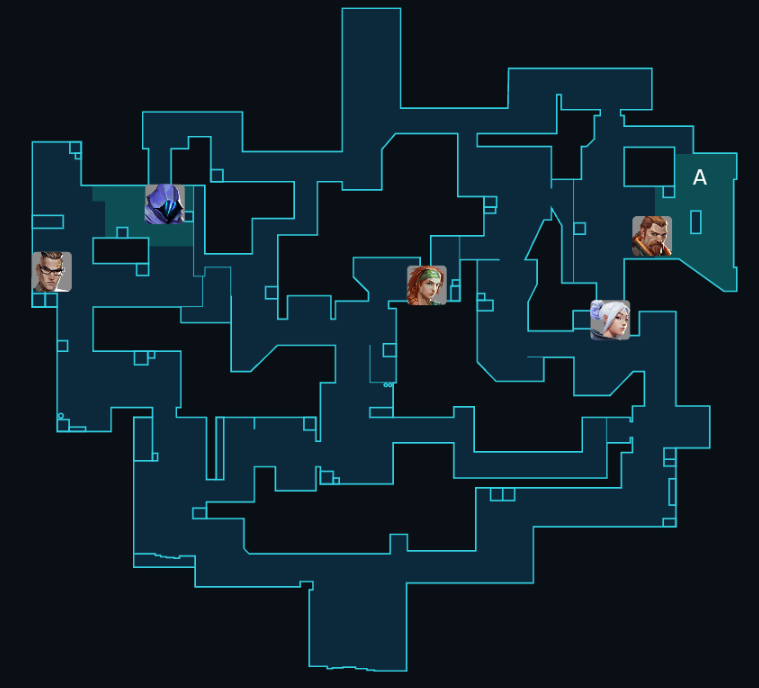 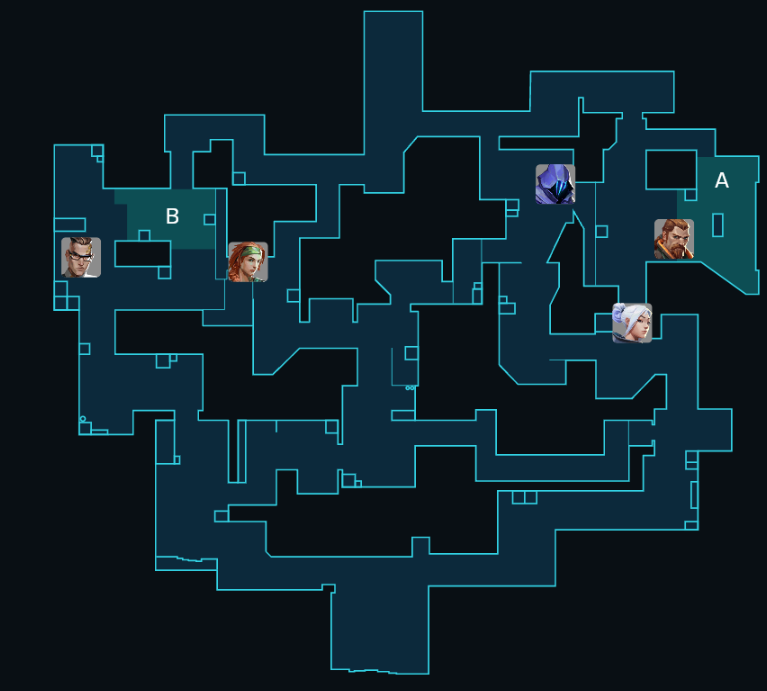 Guard’s pick, with Omen and Breach, allow them to take control in early timings. Chamber useful, because Split is a narrow map, and his trademarks bring huge impact. Skye has additional flash, dog and heal. Jett is Jett, she is good as always.

The Best Sage Walls on Icebox
Sage is one of the most useful and easy to play sentinels on Valorant. In this article, we will talk about the best Sage walls for Split. These walls can be used in multiple ways ...
23/05/2022
7590 Views

The Best Viper Walls and Smokes on Icebox
Viper is one of the best controllers in the game, and on Icebox she is a must-pick in competitive play. In this article, we will look at the best, and most used walls and smokes b...
09/03/2022
15168 Views

Omen Valorant Guide
An in-depth Omen Valorant guide that will explain everything you need to know about the Agent and the best way to play with it. From his strengths to weaknesses you will find ever...
12/01/2022
1420 Views