Case Esports is one of the best teams as a result of VRL 2022 Spain: Rising Stage 1. Started their way from closed qualifier, they managed to reach the final where lost against Rebels Gaming. Case Esports is remembered for playing on the Ascent map. In total, they have played six matches and all of them have won. Let’s see how Case Esports Plays Ascent.

It’s a unique pick for Ascent. Only Case Esports used this combination of agents during VRL Spain. Overall, they played six Ascent, and won all of them: three on group stage, and three in playoffs.

Most popular pick for Ascent within VRL in Spain: Astra, Sova, Jett, Killjoy and KAY/O.

Pistol Round is one of the reason of Case’s success on Ascent. The Spanish team played 12 pistol rounds, and lost only one. It was on the first Ascent against KOI.

All the other 11 pistol rounds Case won with confidence. 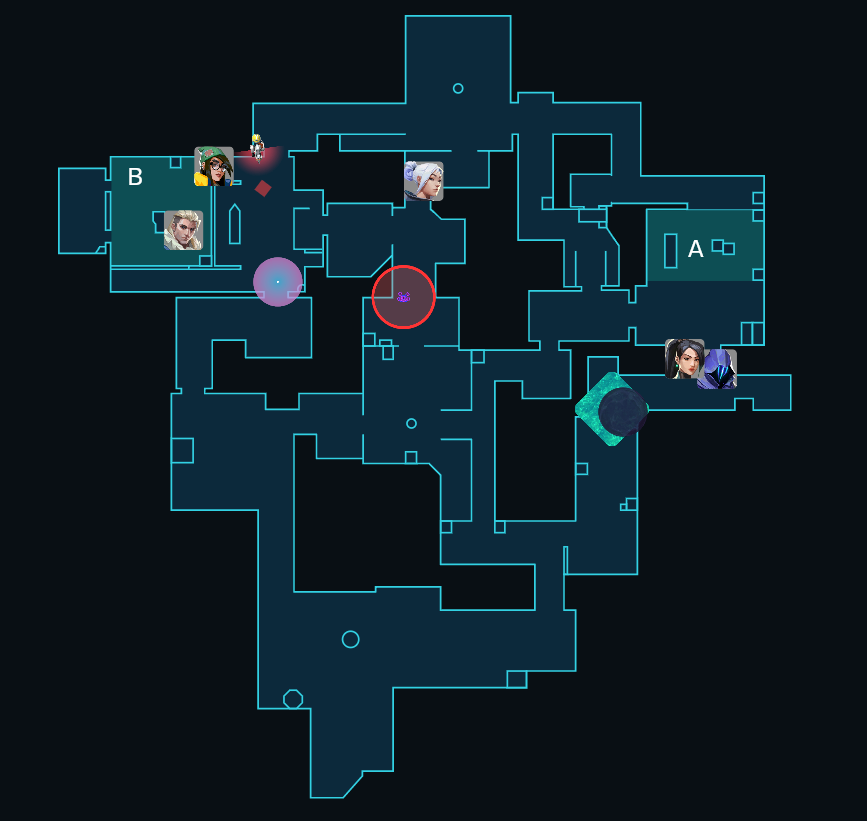 Pistol round in defense. Omen and Sage - A, Killjoy and Sova - B, Jett is holding mid. A duo is trying to stop A rush, Sova and Killjoy are ready to enemy’s execute, playing passively. Jett is flexible, can help each duo in case.

Case Esports has an interesting round in their playbook. It was in match against Bisons, the score was 2:2. 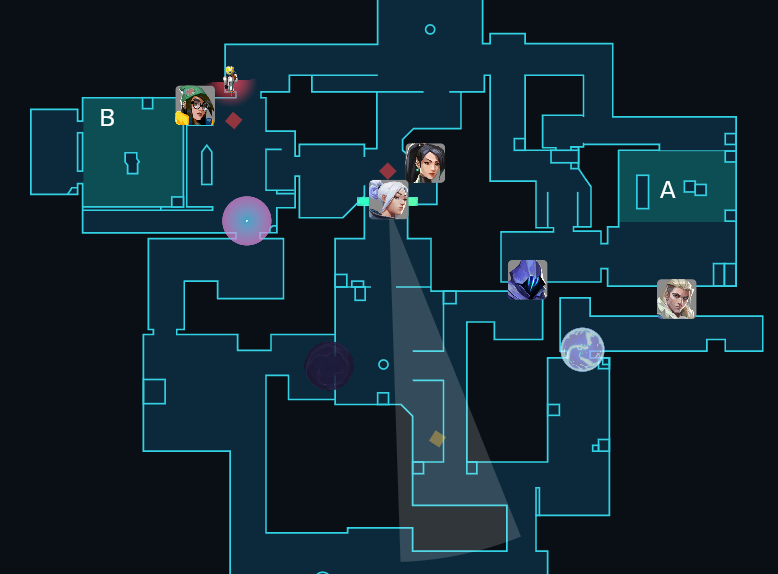 The idea of the round - Omen put a smoke on Mid Link, which help him to push catwalk. Jett covers Omen from Pizza. In that round, Case was lucky - the opponent was going to execute A. Instantly, Sage and Sova rotated to Tree. Omen pushed mid, and made the last kill in the round.

Case has played this round more than once in subsequent matches.

There’s a reason Case pick Sage. Mainly for the defense she plays on along with Omen, but when she gets an ult, Case plays a round with aggression under B.

As example, round in match against Giants. The score was 6:8, Case played bonus round in defense. Sage had an ult.

Sova with Killjoy on A. Omen is ready to give Paranoia. Sage with Jett are slowly pushing B. If you will be fight, and Jett die, Sage can launch the wall and revive her. 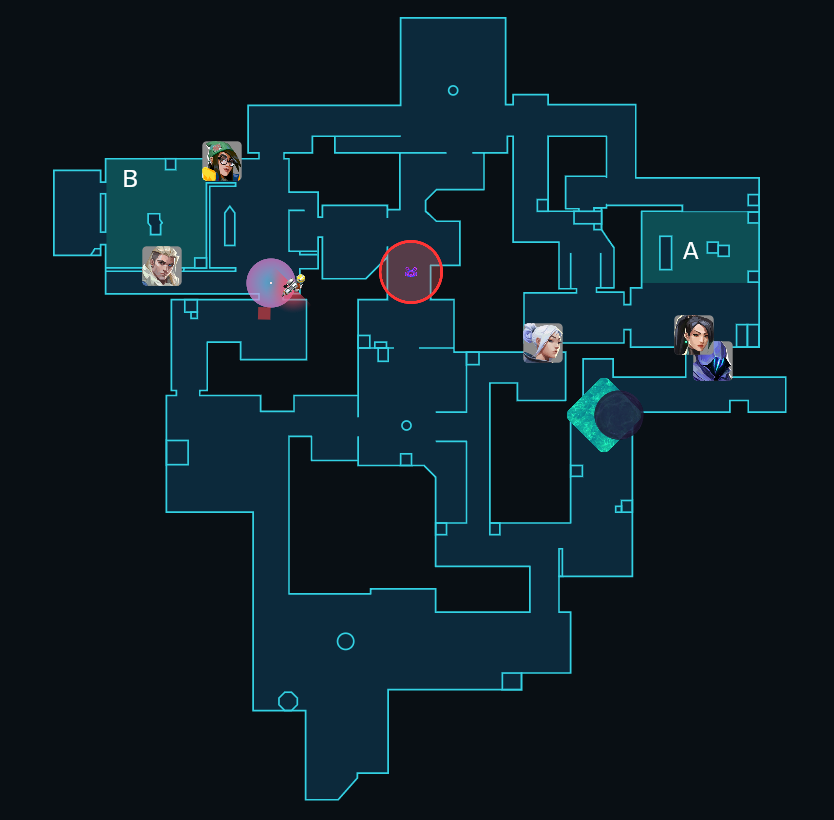 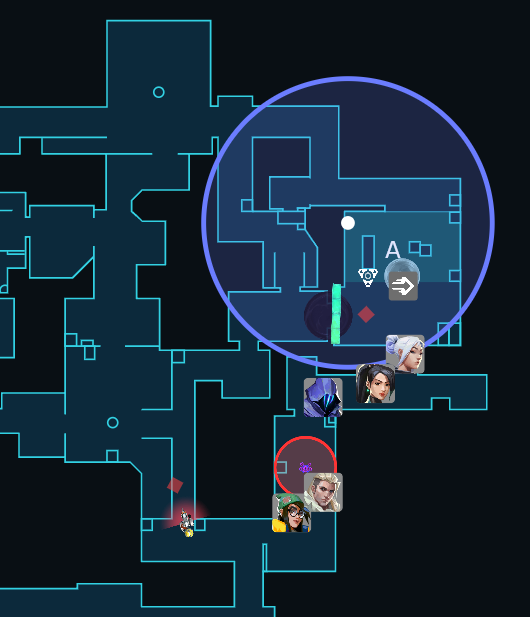 Case using A execute strat in pistol round. Killjoy put a turret, which giving info about mid, then alarmbot for retake situation. Sova throw reveal on A site. Omen put a smoke on the door, then Sage put a wall there. Jett buy Frenzy, and simply putting a cloudburst and dashing there.

If Case understands that they don’t manage to play fast round on A, they just turn around and runs to B, where ends the round. 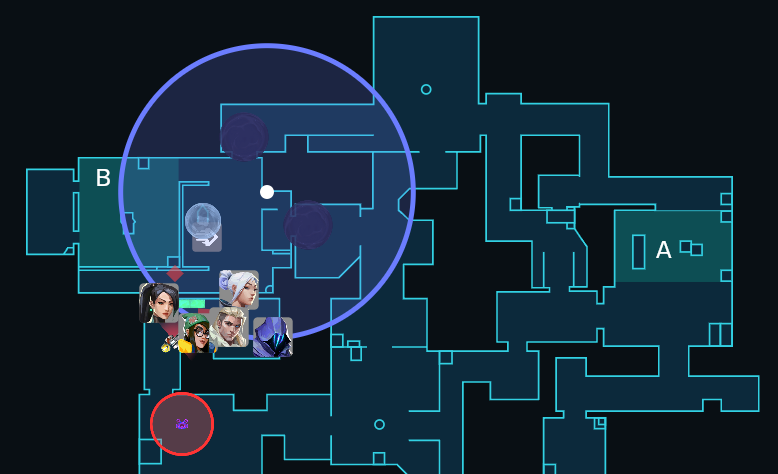 If Case Esports want to execute B, they use this round. All in all, it’s very simple. Jett puts a cloud, dashes and closes the door. Omen puts smokes to CT and door. Sova reveal. Sage launches the wall on the box, and has a good view for the site.

Sova and Killjoy are trying to push the site through B Line. Omen stays in Main to flash Market in case.

Case used this round in a match against UCAM Esports, and also in other matches. 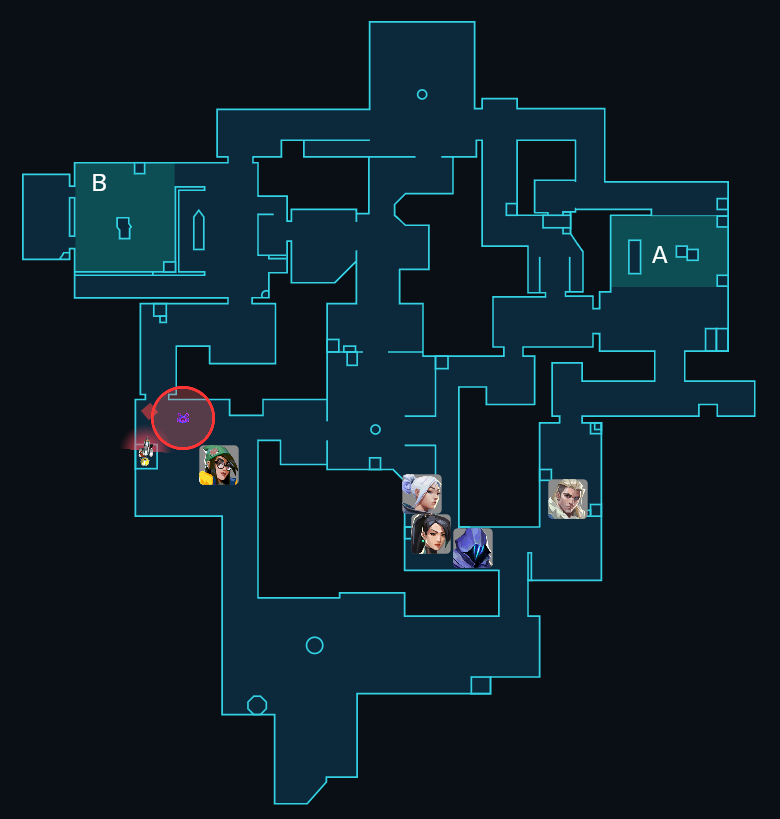 Case Esports managed to create a unique pick on Ascent, which worked during VRL 2022 Spain: Rising Stage 1, and it certainly deserves respect and mention.

The Best Cypher Cameras on Ascent
Cypher is a unique and effective sentinel in VALORANT. Many players like him and often use him in matchmaking and pro matches. Ascent is one of the maps where Cypher feels good. H...
02/08/2022

How To Refund Valorant Skins - Step By Step Guide
Which items can you refund? How long does it take to return your money? Can you refund items purchased a long time ago? These questions will be answered in this article.
10/12/2021

Collection Of All Vandal Skins in Valorant (2022)
VALORANT has 67 different Vandal skins, each with a unique design and theme. Some of them you can still buy in the shop, others were available for a limited time.
19/05/2022

How To Rank Up Faster in Valorant (Pro Guide)
Here are some tips you may need if you're new to first-person shooters. While there are similarities between Valorant and Counter-Strike, it also has characters and abilities like...
10/01/2022

Player Impact and the Distribution of Impact across a team: EMEA LCQ
Take a look at my deep statistical dive covering player impact at the EMEA LCQ. I look at players KAST percentages as well as comparing the Impact Distribution Coeffieicent of eve...
24/10/2021
Comments
No comments yet
Please login to leave a comment.
Login
Matches
Upcoming