The Best Sage Walls on Icebox

Sage is one of the most useful and easy to play sentinels on Valorant. If you want to learn how to play Sentinel Sage is the easiest agent to start with.

On Icebox, she is a must-pick Agent, especially because of her wall, which allows her to make it safer for her allies to plant the spike, and also gain control of some areas of the map by closing some entrances.

You have multiple walls on Icebox that can help you slow the enemy's rushes, gain control of the map, or just make it easier for your teammates to plant without being exposed.

Without further ado, let's see what Sage best walls on Icebox are.

Sage Walls on Icebox A Bombsite 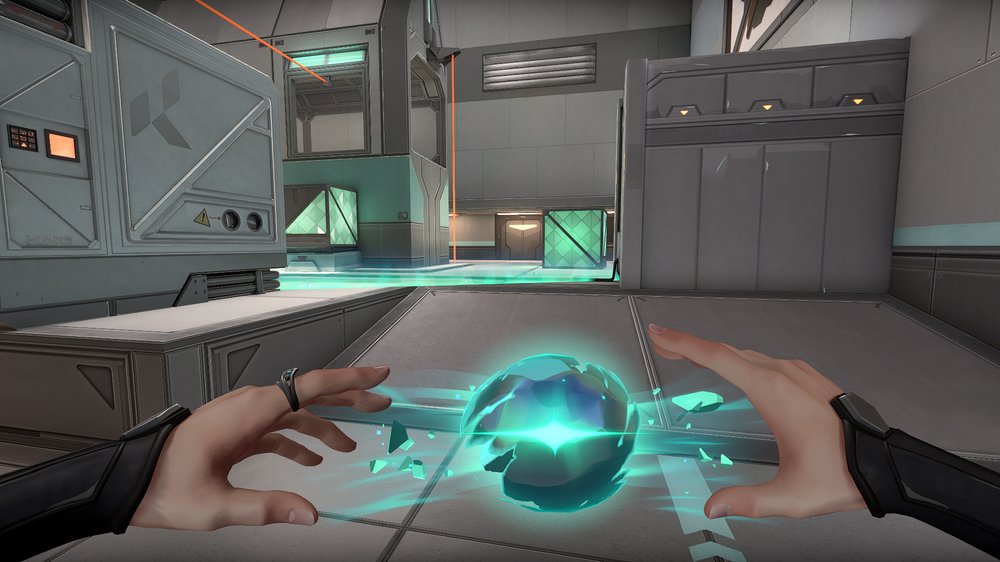 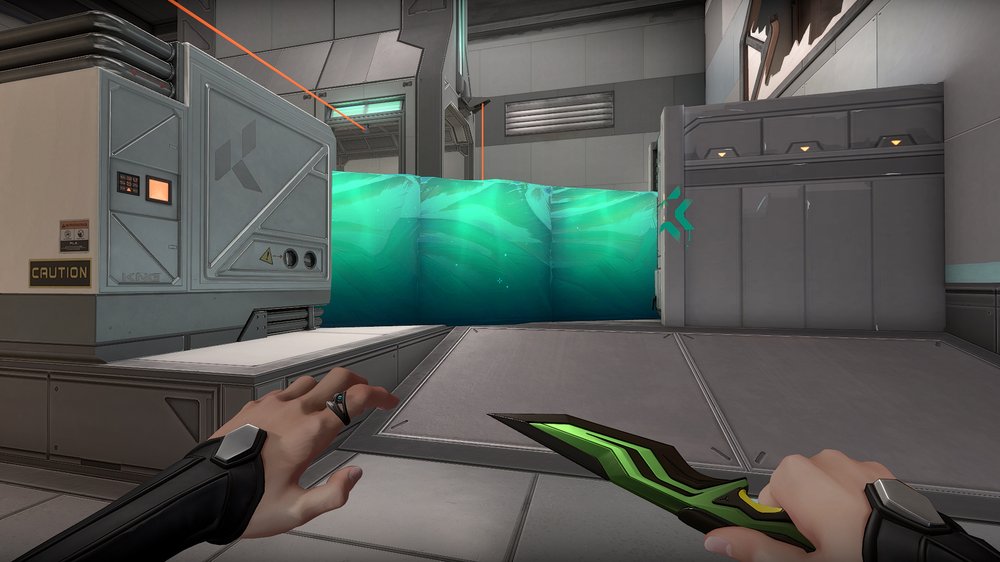 The most commonly used plant wall in the A site of Icebox. With this wall, it's much easier for you to plant the bomb since the wall provides you with cover from the back site.

It also allows your teammates to easily set up post plant positions, and the spike is planted open which makes it even harder for the enemies to defuse it. 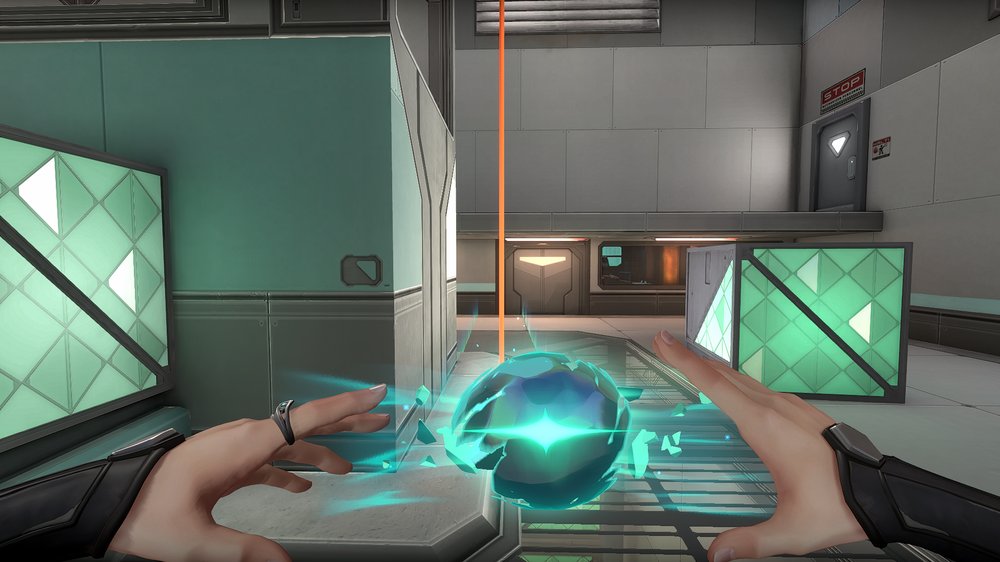 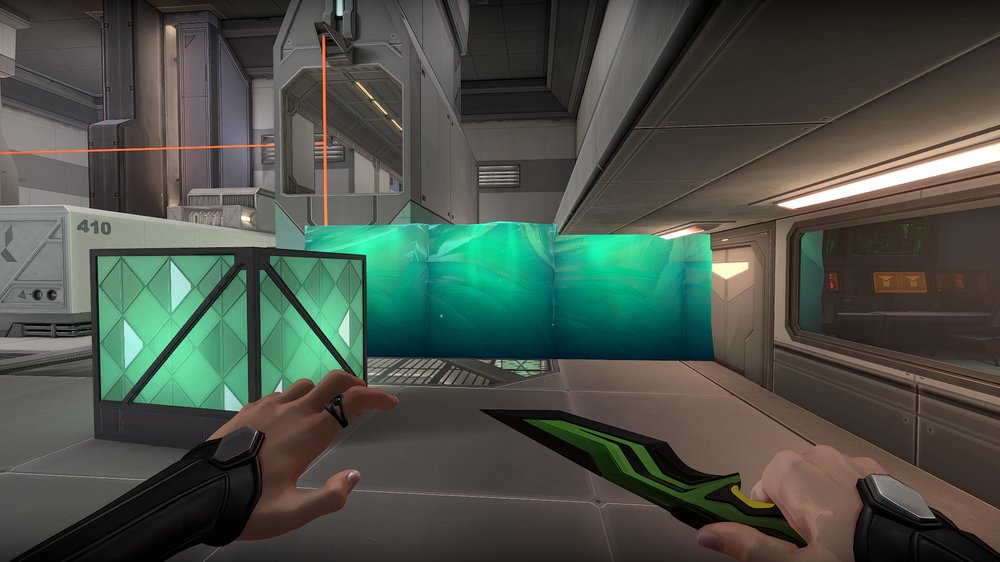 This wall blocks the back site and makes it harder for the enemy to play retake. It's also easier for you to plant since with this wall your teammates just have to watch rafters and screens.

While planting you are protected by the wall and the metal structure of the tube. 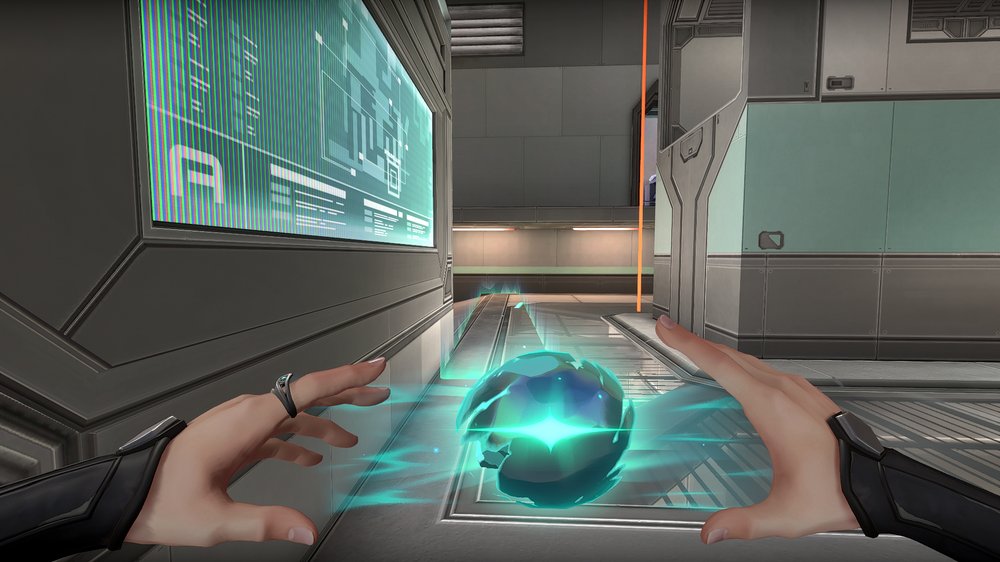 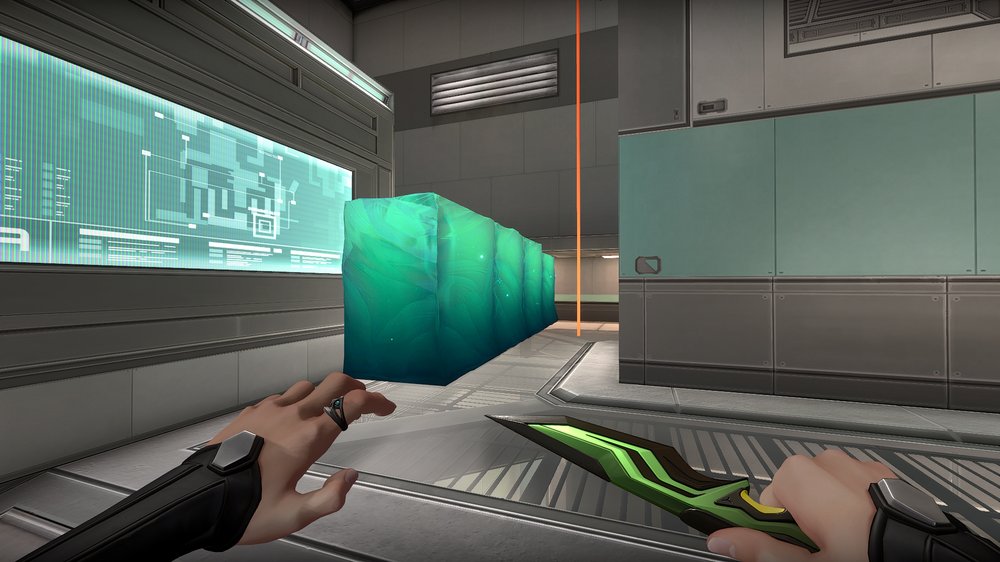 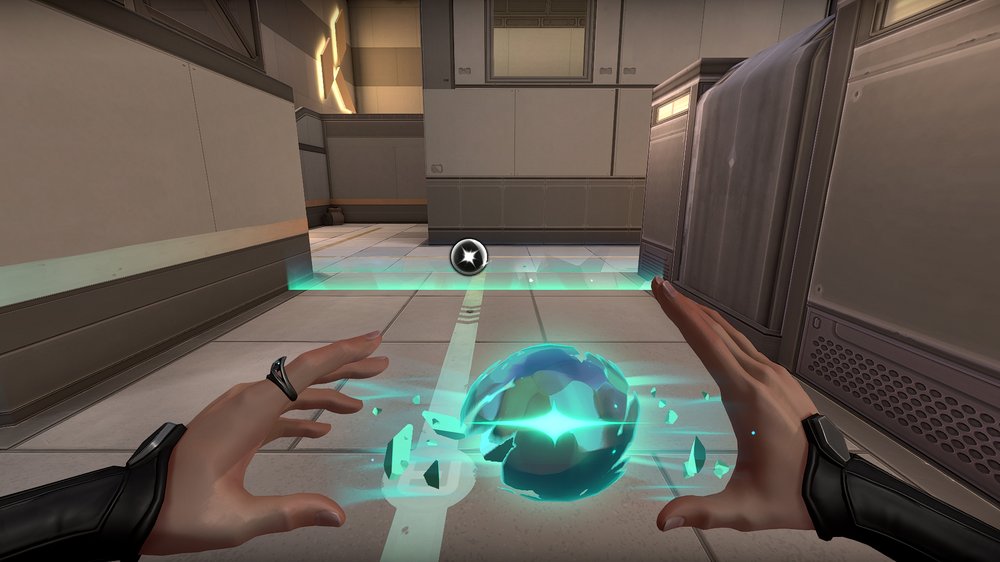 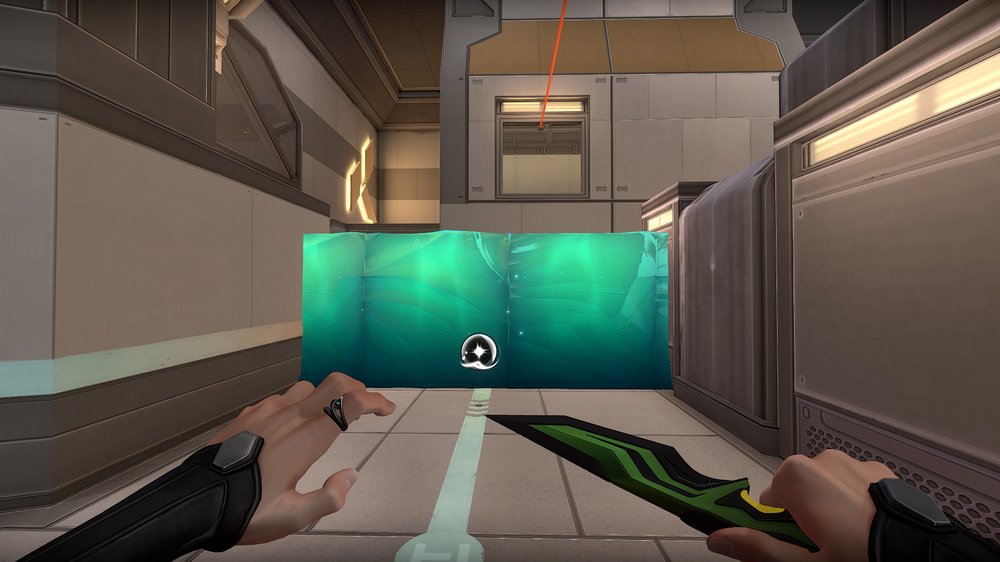 This wall allows you to take orb control, but be careful since the enemy can see you pushing to the orb location from Nest or Belt. However, if there isn't anyone to oppose you there, you just get a free orb and close the main entrance to A site for the enemies.

Sage Walls on Icebox B Bombsite 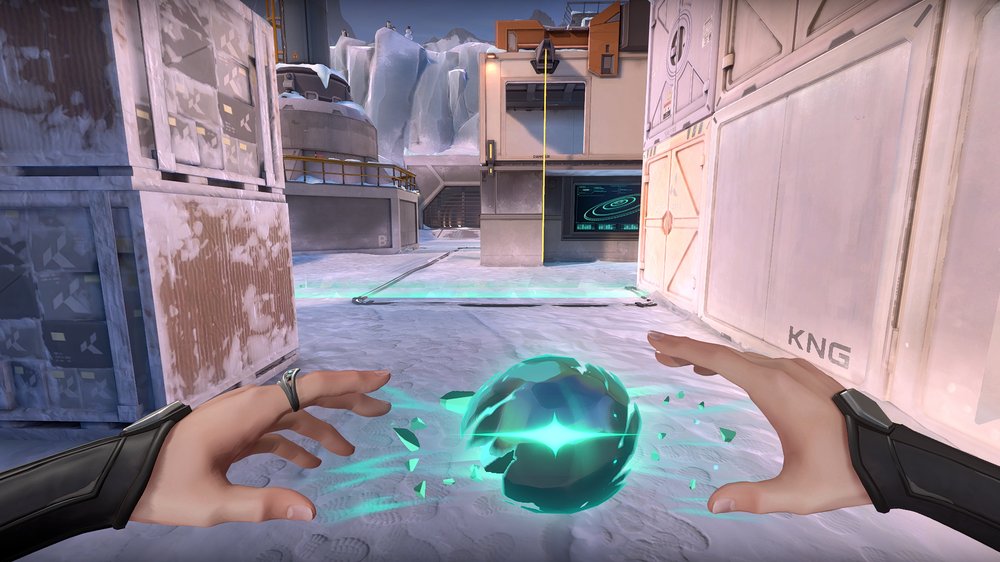 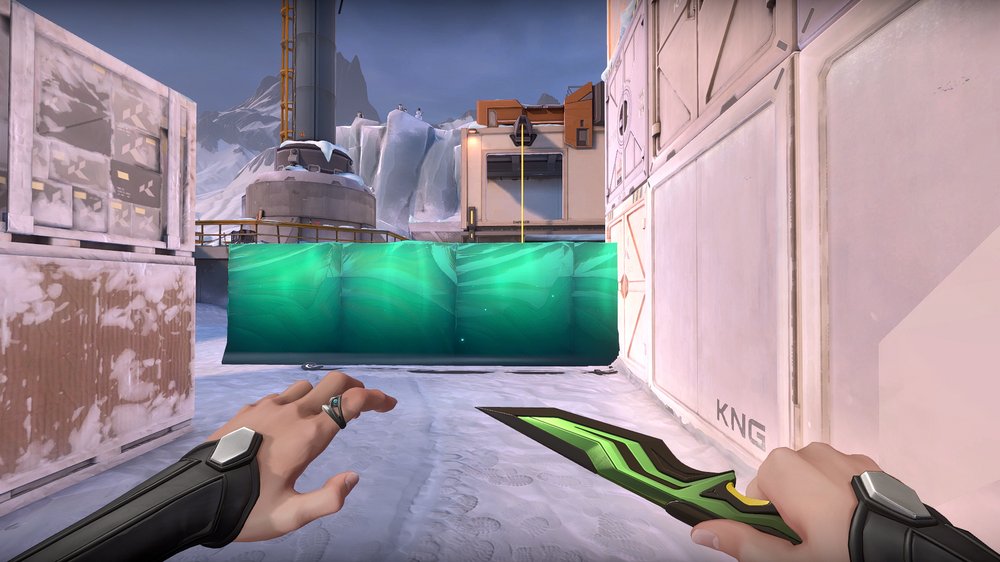 It's the most commonly used plant wall in the B site. This wall is very easy to execute and is very useful, it provides you cover while you plant the spike and makes it impossible for the defenders to see you unless they are on top site.

With this wall, it's also easier to play post-plant, while the defenders will have a harder time playing retake. 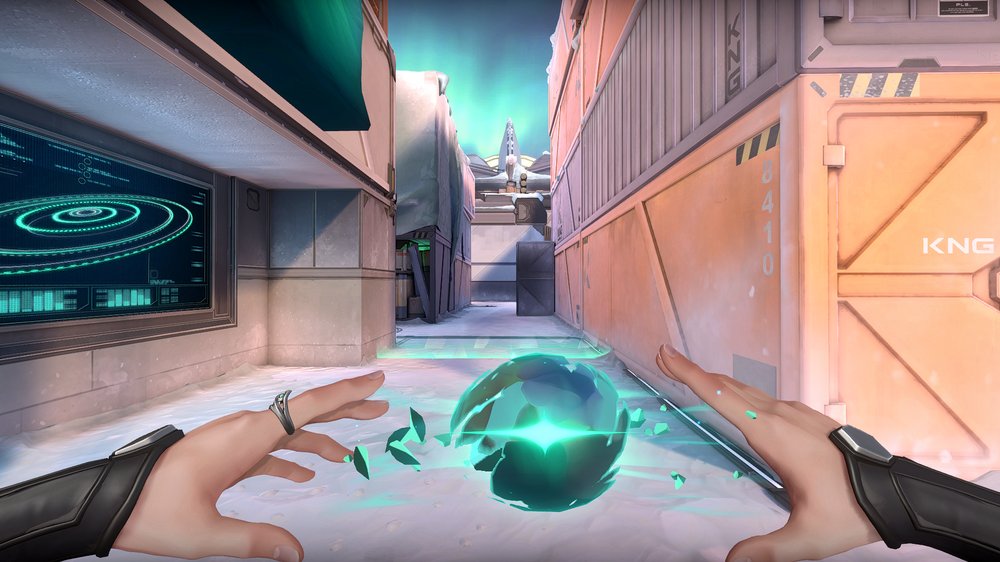 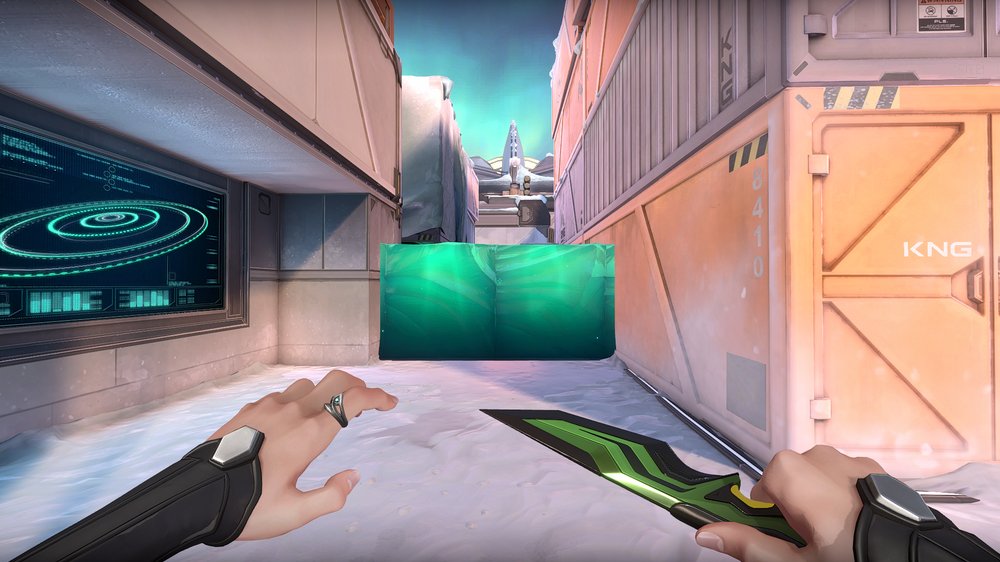 The perfect wall if you want to plant under site since it provides you cover from B orange and mid. It also helps you escape from the under site and assume a better post-plant position. 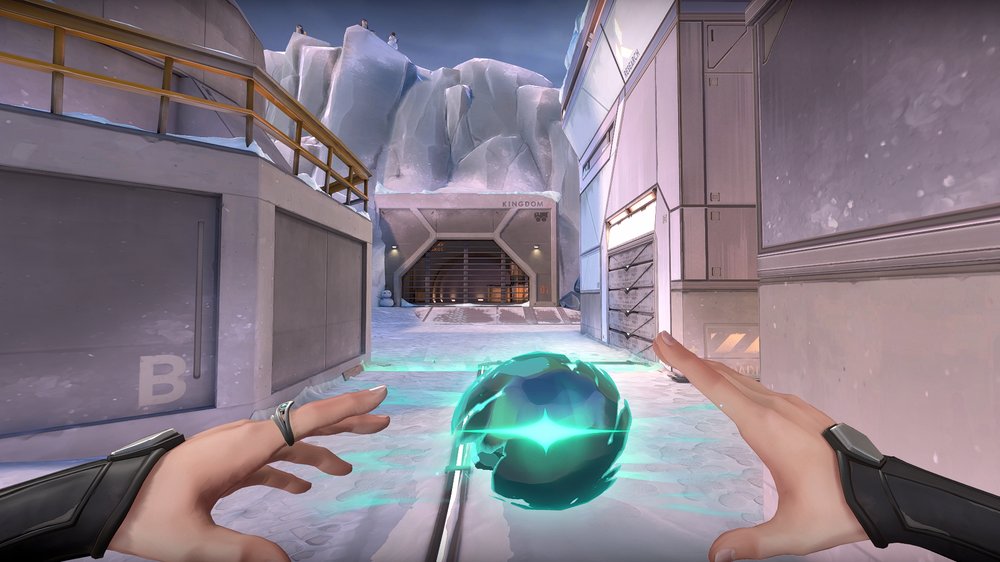 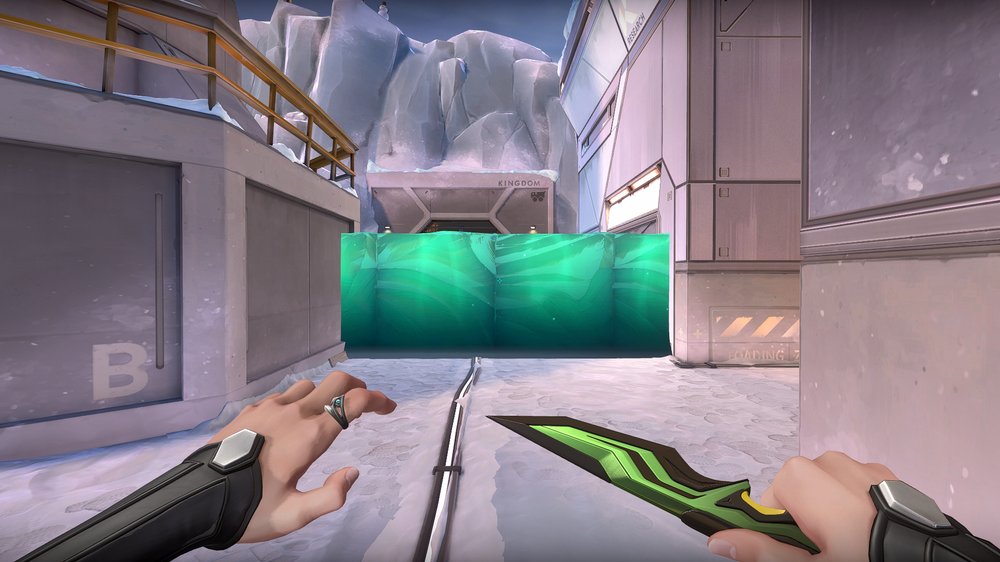 A wall that closes the entrance to the B Site from the snowman. It's one of the remaining entrances used by defenders, especially on retake since it allows you to see towards yellow and B Cubby.

It makes the retake harder and allows your team to set up good and advanced post plant positions. 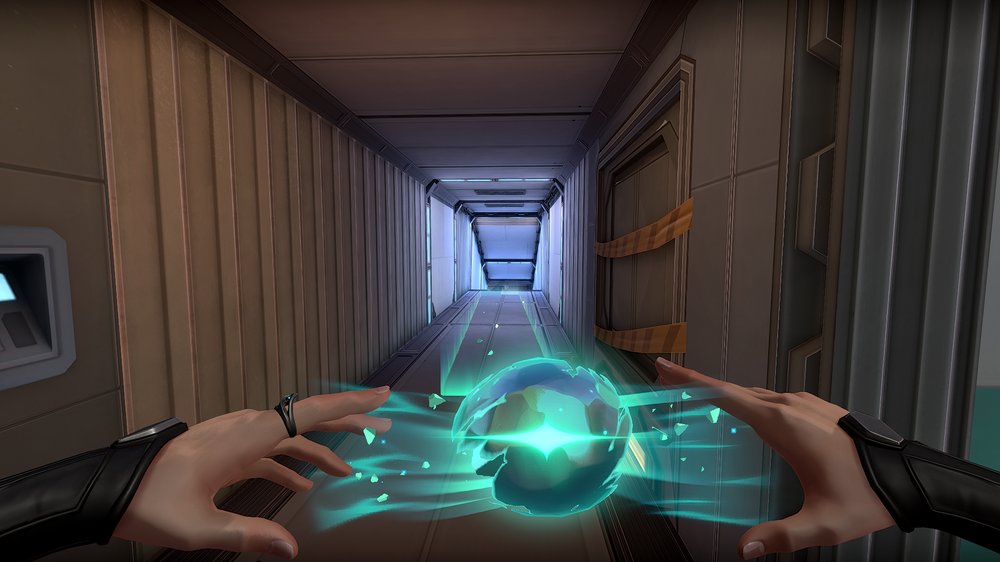 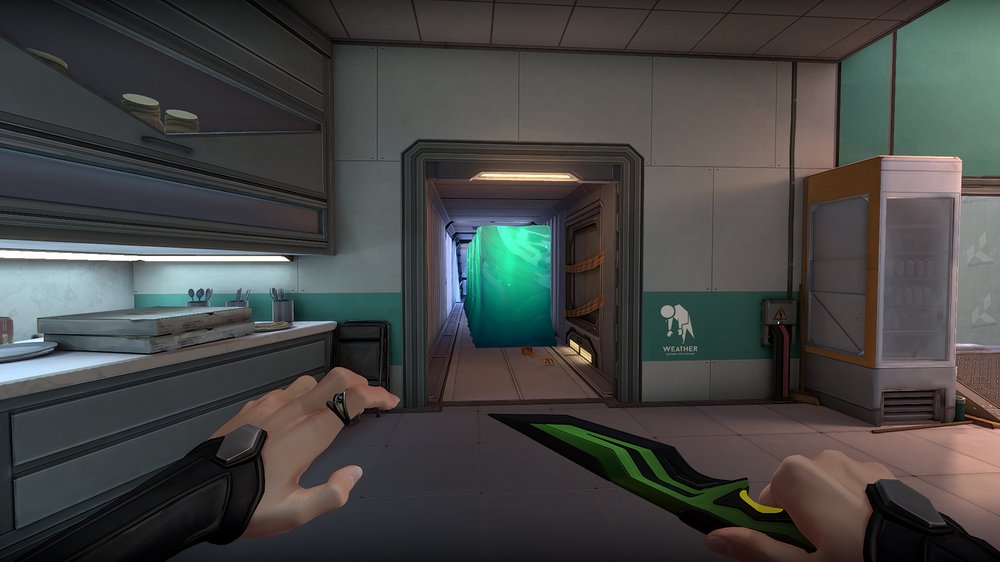 By far the most commonly used Sage wall on Icebox. This wall closes the tube entrance for the kitchen, and despite being an okay wall it's not as strong as, so many make it out to be, and you can find much more evaluable on other walls, especially in holding your wall to then play retake.

Mid to B Wall 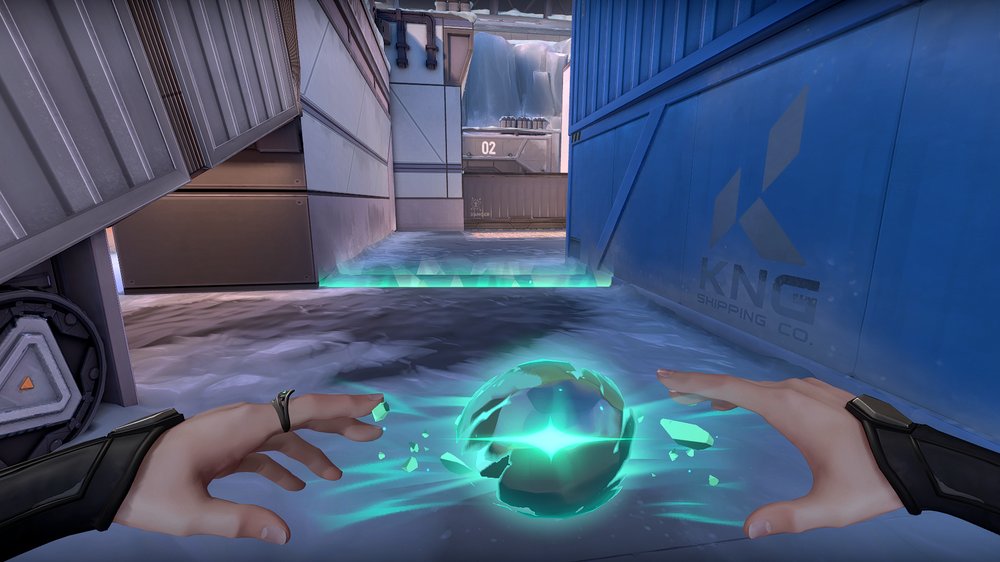 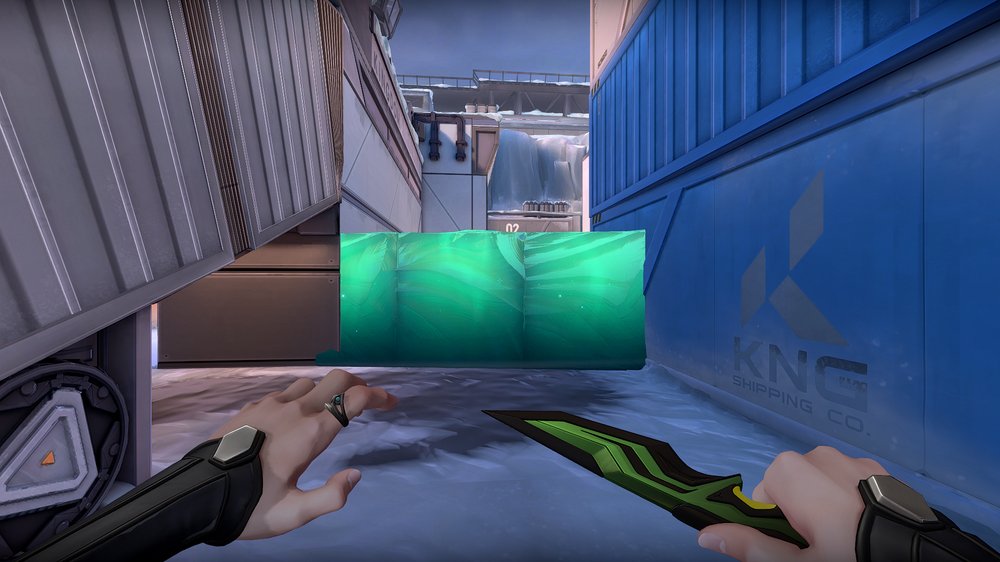 This wall safely allows you and your teammates to pass towards the under tube to the B site while covered from the enemies at mid. 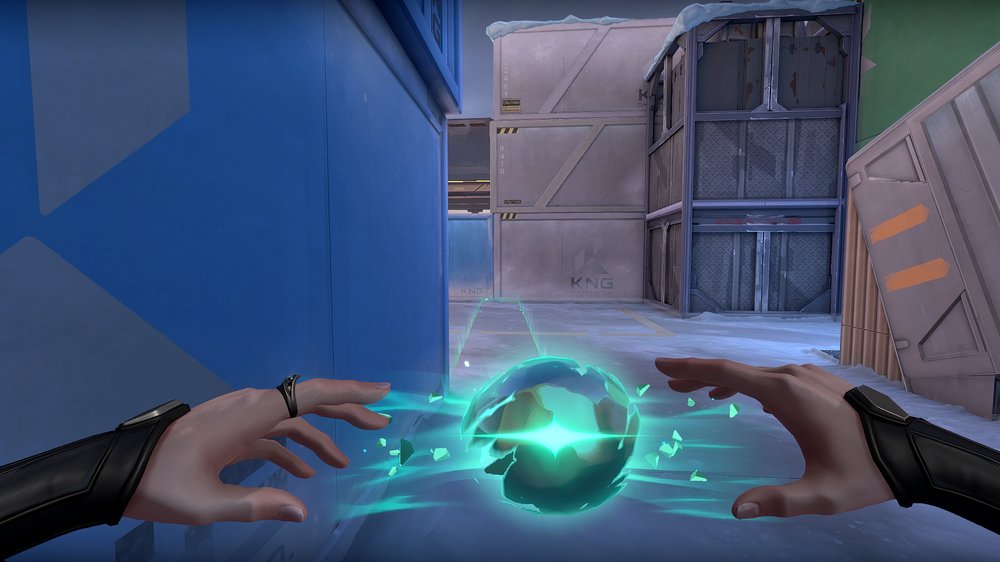 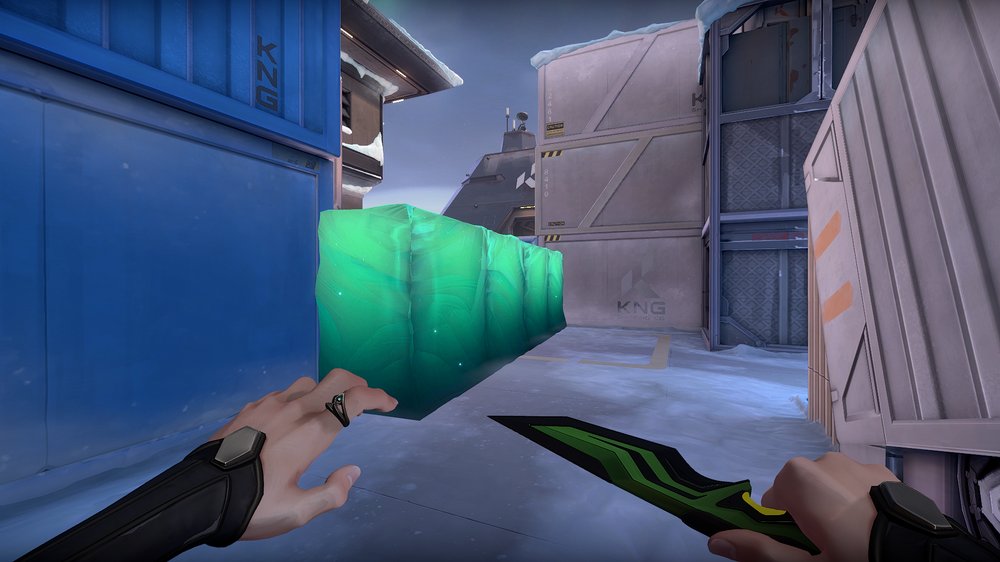 A very aggressive mid-wall that gives you total control of mid and all the information necessary for that part of the map, since it blocks the enemy entrance to the mid, tube, or under tube, giving you almost total control of the region.

When to Save and Spend Credits in VALORANT
Skills will properly manage your credits during the match, and can help you win the game. This guide will help you to achieve high results in ranked matches in VALORANT.
29/05/2022
905 Views

How to Get Valorant Loot Drops with Prime Gaming (August 2022)
All Prime Gaming users can receive some free loot drops in VALORANT. rime Gaming is a premium experience on Twitch that is included with Amazon Prime and Prime Video memberships.
21/06/2022
1791 Views

How to Obtain Riot Gun Buddy in Valorant
The Riot Gun buddy is the most rare in-game cosmetic in Valorant. This artifact is only available to Riot staff, who could present it to their favorite team players if they want. ...
04/04/2022
1802 Views

VALORANT Icebox Map Guide
Take a look at how to play Icebox, one of VALORANT's most controversial maps
07/02/2022
2900 Views
Comments
No comments yet
Please login to leave a comment.
Login
Matches
Upcoming