VALORANT: How Do the Pros Play Viper? 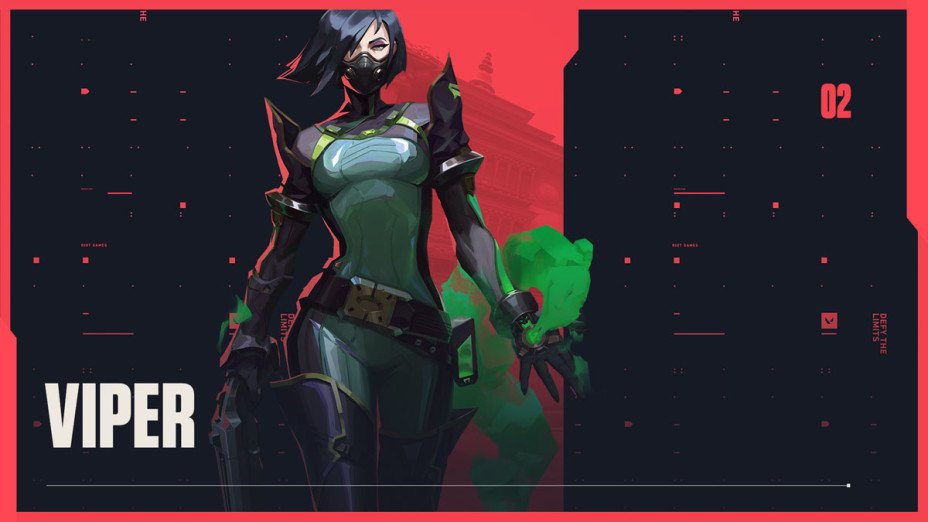 Now it’s time to take a closer look at everybody’s favourite angry scientist in more detail. You can take a look at our introductory guide to help you understand the basics of the agent, and here I’ll be walking you through how the pros use her. With that said, let’s look at her pick rate at Champions

She’s practically a must pick on 3 maps so she’s incredibly in-fashion right now. This definitely wasn’t always the case. Back in the early days of the game, she got literally 0 play at the top level. So what’s changed and why is she so good now? Let’s break this down a little further. 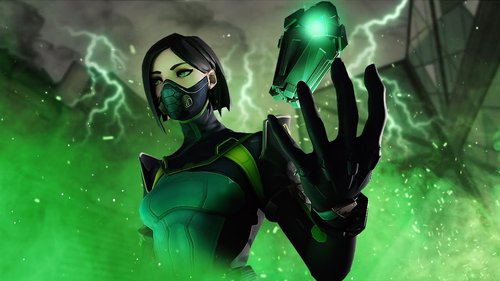 How Does She Fit the Meta?

One thing that is very unique about Viper is that she’s very, very versatile. She’s capable of being used as both a controller and a sentinel.

Her two maps with 100% play, Breeze and Icebox, she is used as the primary controller and is normally supported by Cypher on Breeze or sometimes Killjoy on Icebox. On Bind though, she is used exclusively as a sentinel and is run alongside an Astra.

As a controller, she can cover a lot more space with her wall than traditional smokes, which is really important to help your team execute. Whereas on Bind, it’s her other abilities that make her desirable. Because of how the map is played she’s necessary as she can stall incredibly well with her snakebites and smoke.

Because of how the maps are designed, she’s able to fulfil two separate niches that put her in an overall excellent position in the meta right now. 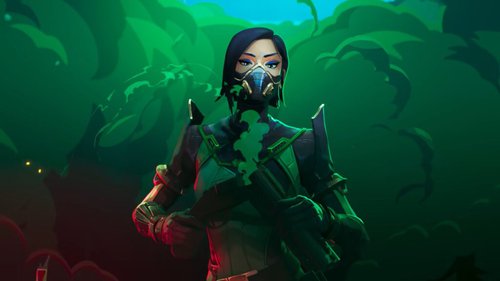 SNAKE BITE: This is Viper’s molly and honestly, it’s one of the strongest ones in the game. I spoke before about how excellent her stall is, and this ability is a lot of the reason why. If you hear a rush, you can drop a snake bite in their path and they’re pretty much forced to stop. With other mollies, you can run through and just take a little bit of damage, but with a snake bite, you’d be vulnerable too. This leaves Viper at a huge advantage. They’re also fantastic in the post-plant, making them a wonderfully versatile tool

POISON CLOUD: This is a variation of a smoke that Viper has. This ability is unique as it is placed and locked in position. It can be moved but that brings its own risks. This ability decays opponents who stand in it, immediately adding to Viper’s excellent stall potential. The duration is also longer than the other smokes because of Viper’s fuel mechanic, making it an excellent one-way tool too.

TOXIC SCREEN: This is Viper’s signature ability and a very important tool. If Viper is your main controller, the primary use for this is to block off sightlines, placing it so that it cuts a relatively open site in half allowing you to walk out (such as A site Breeze or B site Icebox). On Bind and Split where she is a sentinel, we mainly see this wall used to help facilitate a lurk. It’s not needed as much to help the team so Viper can use it much more selfishly. On the defender half, it is pretty much always used as a stalling tool. You can place it over the front of a site so that it acts as a smoke and it further stalls as it decays enemies that run through the wall, making them think twice about it. It’s worth noting that once this has been placed in a round it cannot be moved, so make sure to get it right the first time.

VIPERS PIT: Vipers pit is her ultimate and it’s incredibly good. This ultimate is concerned primarily with holding space making it a fantastic tool. On the attack, we typically see this used in a post-plant. You can place it on top of the spike to give defenders an incredibly rough time getting the site back. Even though something we see more and more from the pros is placing it not directly on the site but instead a more key location. For example, if you’ve planted on B site split, you can ult B heaven. This forces all the rotating defenders to fight you at a big disadvantage or funnel themselves into CT where your team can be waiting. On the defender side, we normally see this ult deployed straight away to secure an important piece of space, generally on a mid or the main entrance to a site. This forces opponents to either be predictable and go away from it, or fight with a big disadvantage. 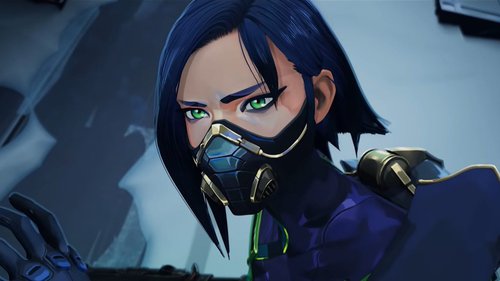 Let’s check out her pros and cons.

As I keep mentioning, she’s a controller and a sentinel so I’ll go through map by map to talk about how she is used by the pros, starting with her most rigid map, Icebox. This map is characterised by its crowded A site and fiendishly open B site. We almost always see Viper be involved around the B site because of this openness. A is ok to attack smokeless and B certainly isn’t. When attacking, we most commonly see this wall. 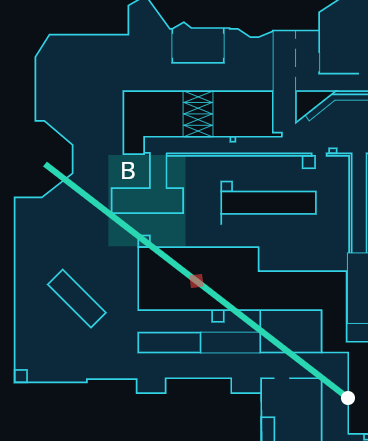 It cuts the B site in half, stopping site lines from snowman and orange to help get the spike planted safely. On the defender side, we still see her try to control B as the more aggressive characters can fight around A with the cover. On the defender half, there are more wall options here but these two are the most popular for helping you take green control. 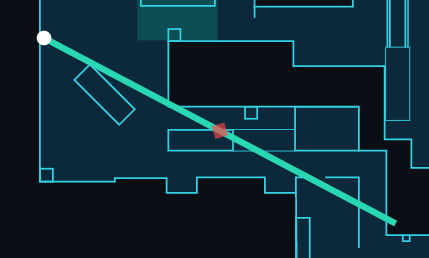 Breeze is a very similar story in a lot of ways. When attacking, there is really one main wall of choice and it goes across the A site 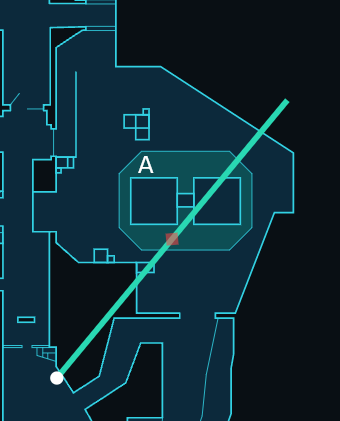 This wall is designed to protect you from opponents on bridge, stairs and double doors. It’s pretty much necessary for attacking A. We do see it committed towards B sometimes though to block off rotates from CT and mid. On the defender half, she most commonly anchors B. This is because the mid entrance can be guarded easily by a different player whilst you can control B main. Typically you can place your poison cloud in the entrance and use your snake bites when you hear the enemies coming. They’ll either fight you decayed and vulnerable or they’ll have to wait and your backup will have arrived.

On Bind and split where she is used as a sentinel, things are much less rigid. As I spoke about in the abilities section, she can be much more selfish with her ability usage. When attacking, we see Viper’s use their wall to obscure defenders and create question marks in their head. 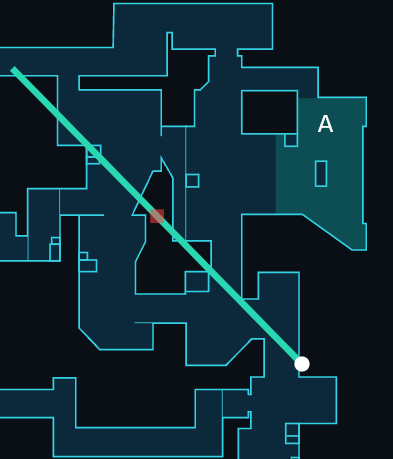 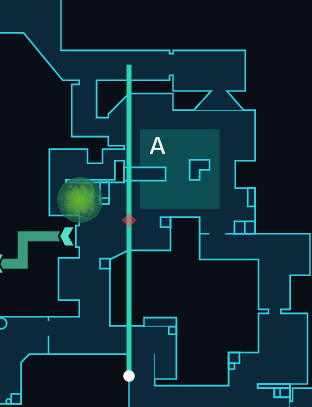 Both of these walls are examples of how it’s used to lurk. You force the opponents to think, “Is she top ramp?”, “has this Viper walked into lamps?”. If you can get the enemies thinking like this and punish them for it, you can really see success at lurking. The defender side is more open too as she can go pretty much anywhere on these maps and be able to stall the attackers easily. It is worth learning a few basic setups though as they’ll make things much easier.

There are many good players to study when it comes to Viper, but none quite beat the sentinel hero of our time, nAts. He is easily one of the best players in this position right now, potentially across all positions. He has incredibly innovative setups and understands the utility so well. If you’re interested in taking your Viper gameplay to the next level I can’t recommend him enough. If you’re looking for other options too I would suggest dapr or KRAY, both are very strong Viper players.

Viper is incredibly popular right now, making good Viper players very much in demand. To master her, you should try to understand how she fits every situation and understand your role properly. Be safe if your team need your wall and look to lurk if they don’t. Lean into her fantastic ability to stall attackers and don’t get disheartened if this means they never come to your site. Try to be unpredictable and move around the map where possible to make it so they can’t just avoid you.

Best Brimstone Smokes for Fracture
Brimstone is a popular smoker in Valorant right now. Players are using him on Fracture and Bind. Here you'll find a guide how to play Brimstone on Fracture.
21/05/2022

How To Jiggle Peek In Valorant
Want to know how you can efficiently jiggle peek in Valorant to gain information? Check out this guide where we tell you how you can do it!
18/12/2022

Vision Strikers Pistol Round Strategy
Take a look at how Vision Strikers conduct an excellent pistol round. They have a solid plan with planned adjustments to Ascend's actions as well as good individual skills to make...
05/10/2021

Does VALORANT MMR Decay?
Check out this article to learn all about Matchmaking Rating decay in the FPS shooter Valorant.
31/12/2022

Valorant KAY/O Tips And Tricks - A Must Know
Looking for some tips and tricks to master the Valorant Agent Kay/O? Check out this article where we give you some valuable ones!
11/12/2022
Comments
No comments yet
Please login to leave a comment.
Login
Matches
Upcoming