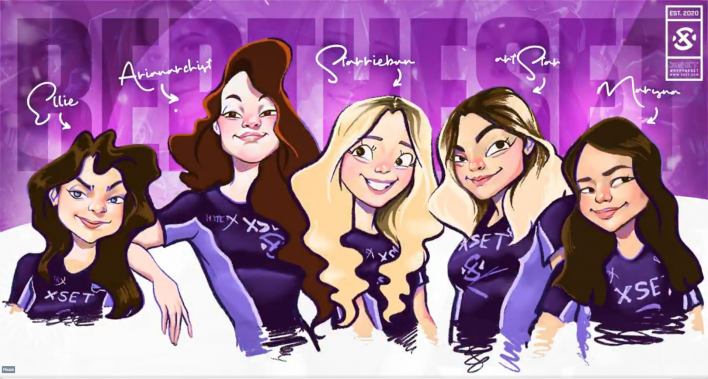 The North American organization had hinted at their entry in the female Valorant scene, and it didn’t take them a week to make it official.

After saying they were committed to the growth of the women’s professional Valorant scene and wanted to be part of that growth in North America, the organization was true to their words and sooner than many expected made their entry into the female Valorant scene with the signing of the roster from NOTHING2LOSE.

With the signing of this roster, the organization looks to replicate the success they already found in the Valorant competitive scene, this roster under the NOTHING2LOSE name had a great year so far, the team showed great potential as they proved they could hang on with the best and were capable of putting in good performances against the best teams in the region, they were able to win two VCT Game Changers Academy and qualify for the VCT Game Changers North America Series 3 where they will already play under the XSET flag and with their first game being against the dominate force of Cloud9 White today at 3 pm EST.

This marks the entry of another big name organization in the North American female Valorant scene, we’ve seen quite a few in the recent past and it's expected we will see even more in the future.

XSET current roster is the following: