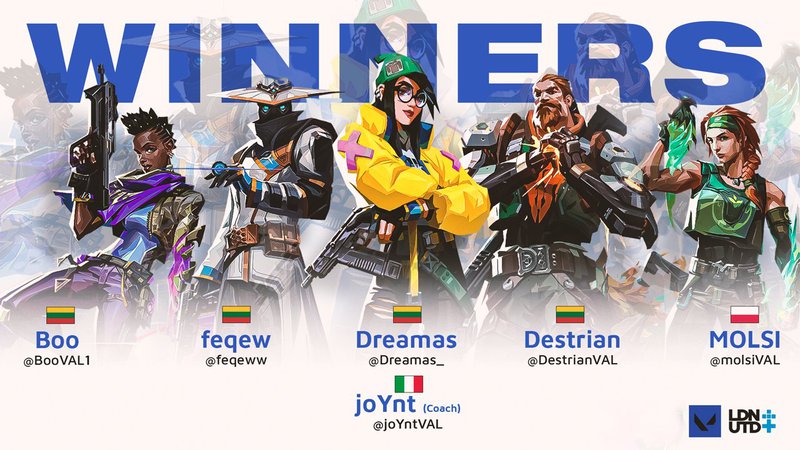 LDN UTD, who signed new, Lithuanian roster a couple of days ago, took the 2nd place in group A. NAVI also played in group A, but won both matches and were in top of this group.

Natus Vincere took a strong-willed victory over Ivy, lost Icebox 8:13, and then won Ascent (14:12) and Split (13:10). In their favor, LDN UTD had an equally difficult match. They easily won Haven (13:3), and then took victory on Haven 17:15. They were on the verge of losing three times, but still managed to pull this match in their favor.

In the grand-final, Natus Vincere again lost Icebox (10:13), like in the match against Ivy. LDN UTD started in Bind more confidently, won first half 8:4, but then NAVI managed to close the gap, 11:12. In the last round, LDN UTD were able to make great retake and became the champions of Meta Open Valorant.

For the victory in Meta Open Valorant LDN UTD earned $2000.