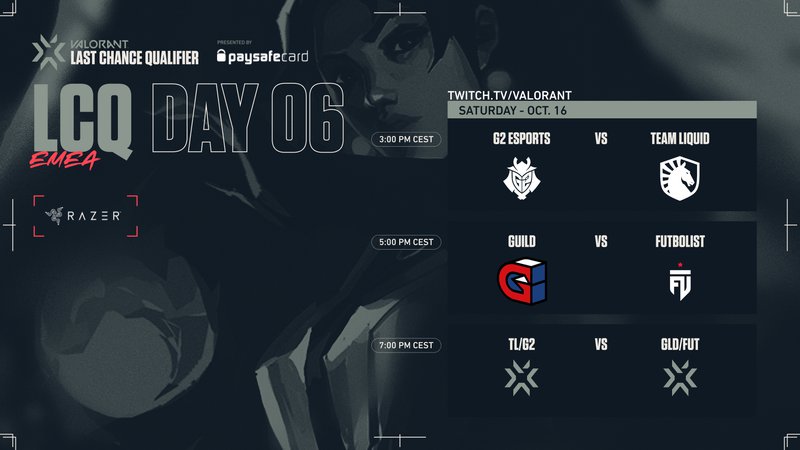 In today's matches, Team Liquid defeated G2 to advance directly to the Grand Finals while Guild Esports and Futbolist fought for their tournament life in the lower bracket. 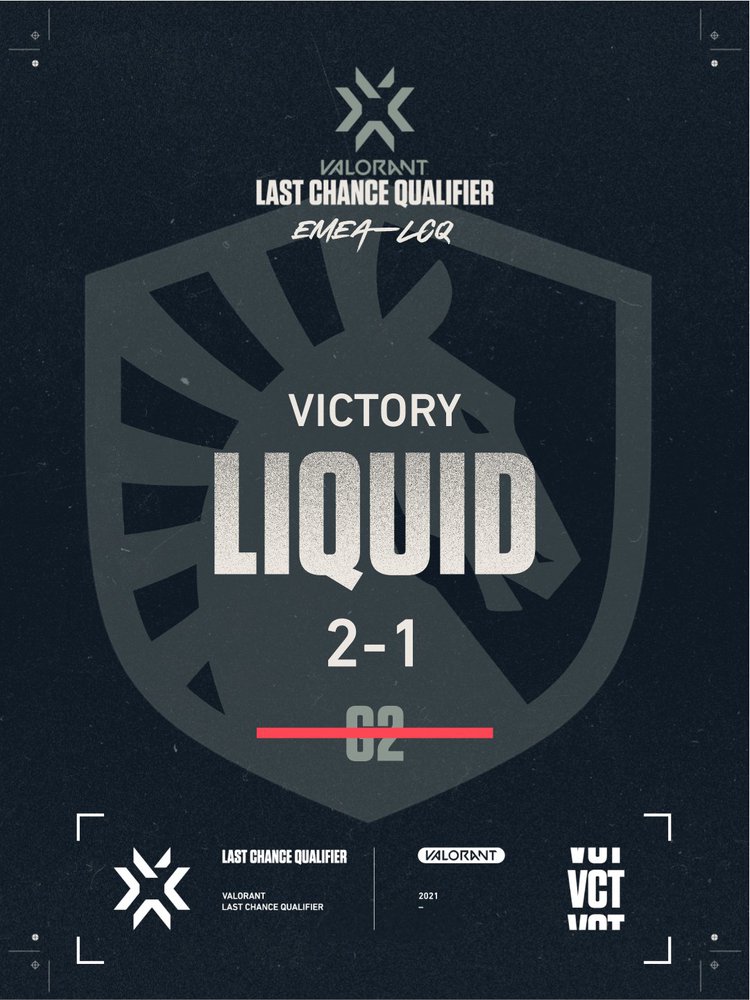 Today was one of the most important days in the Champions Tour EMEA: Last Chance Qualifier, we had the match everyone was waiting to see since the beginning of the event between G2 and Team Liquid, and we would also know who was advancing to the grand final to fight for a place at Valorant Champions.

The first match of the day was the most anticipated one with Team Liquid taking on G2 Esports, in the last four series G2 had won three and draw one against Team Liquid, however, this is the first time they faced this new and improved Team Liquid roster.

In the first map, Ascent, which was picked by G2 Esports, Team Liquid came out with the victory, despite a close first half that ended 6-6, in the second half G2 Esports didn’t have answers to stop Team Liquid attacking side which was the main reason they claimed the 13-8 victory and the series lead.

On Bind, Team Liquid pick, the roles reversed, G2 Esports came out strong won the first-half 8-4, and was always in control of the game, despite some attempts to get back in the game G2 Esports claimed the victory with nukkye having an amazing performance on the map.

On the third map of the series, Haven, Team Liquid started the game well on their defensive side and went into the half-time winning 8-4, after getting ahead they never lost control o the game and despite G2 still being able to string some rounds together Team Liquid won the game 13-9, in a game that despite the close score was always looking like it was going to end with Team Liquid on top, they took the map 13-9 and the series 2-1 to advance to the Grand Final while G2 dropped to the Lower bracket Final. 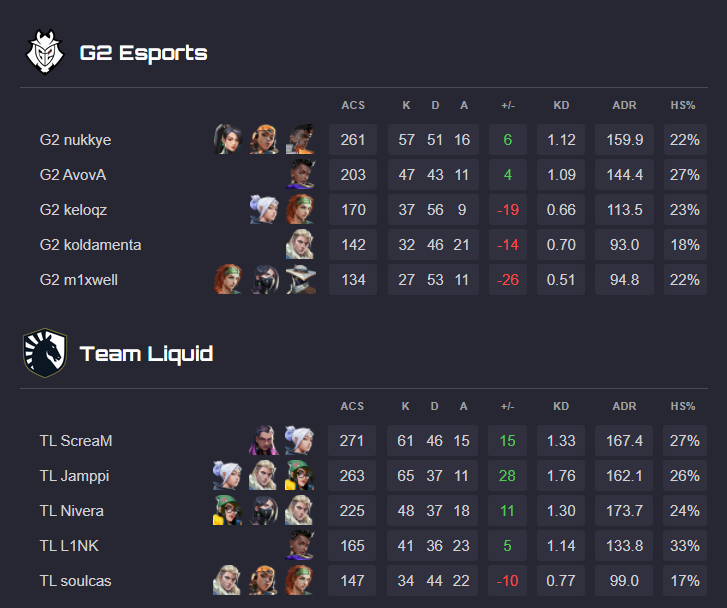 Guild Esports easily defeat Futbolist and went on to face G2 for a spot in the Grand Final. 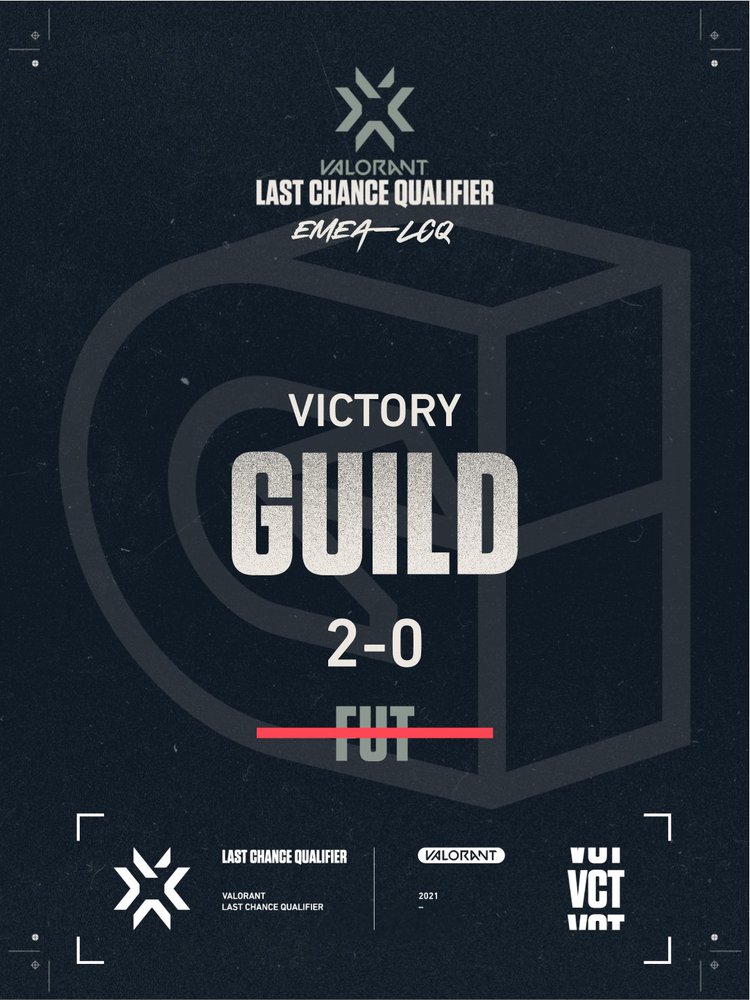 The second series of the day was the quickest one, Guild Esports showed they were by far the better team today and that Futbolist didn’t stand a chance.

In the first map of Haven, Guild Esports went into the half-time leading 12-0, that’s right the Swedish team didn’t drop around on the defensive side, Futbolist was able to avoid the 13-0 by winning the pistol round and the eco round but still lost in a dominate fashion 13-2 in the first map.

The second match was almost a replay of the first one, on Icebox, Guild Esports also on the back of a really strong defensive side won the map without any problems 13-7, advancing to the Lower Bracket Final where they would face off against G2, with Futbolist being eliminated from the tournament.

With Guild Esports coming from a great performance against Futbolist it was going to be exciting to see what they would be able to do against G2 Esports. 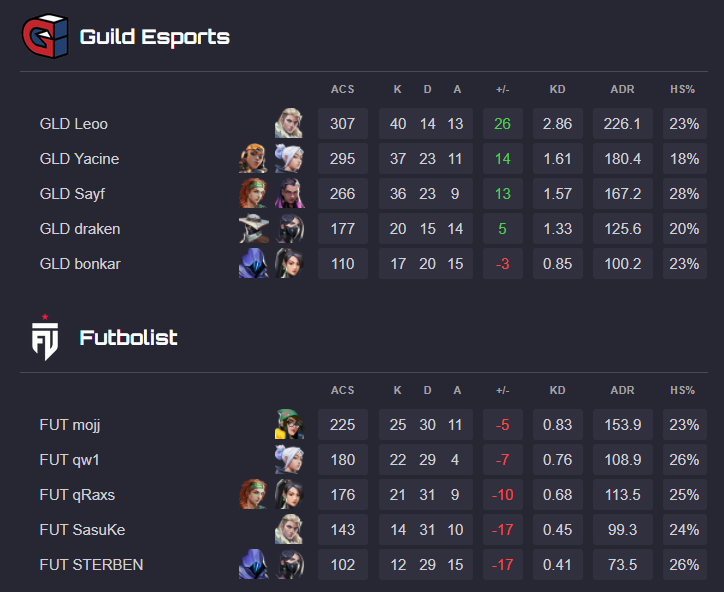 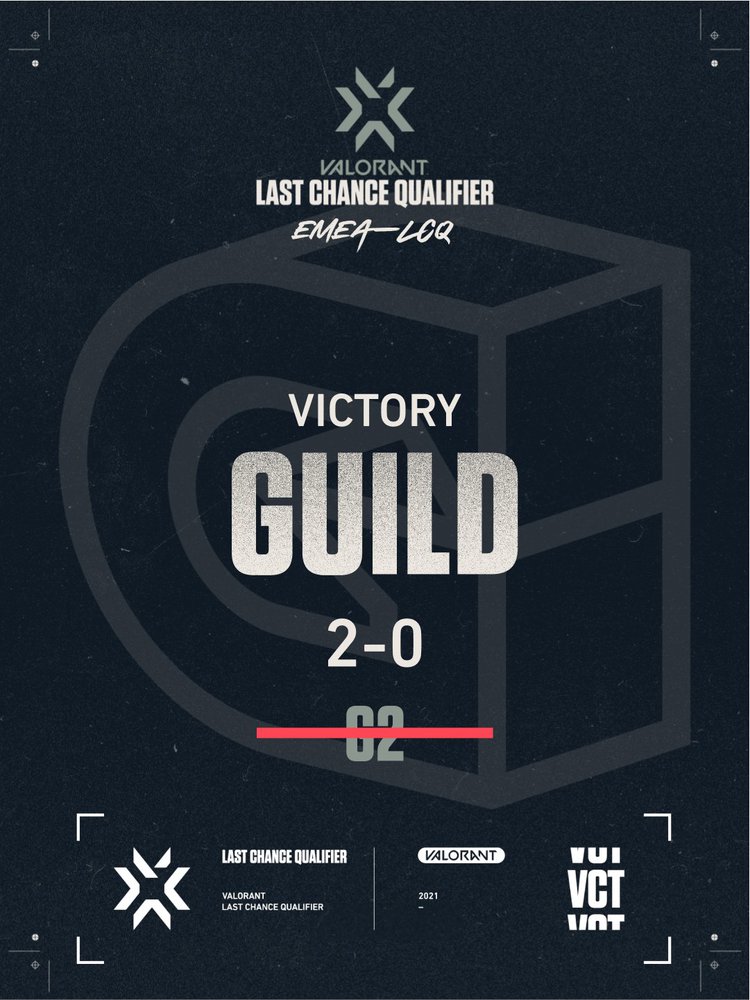 In the first map of the series, Bind, which is one of the best maps for G2 Esports statistically and historically, the European team had an amazing first half on their defending side, they went into half-time with an 8-4 lead, with that advantage and with Bind being a comfort map for G2 Esports most people were expecting G2 to close the map and take the series lead.

However, just like in the series against Futbolist, Guild Esports once again showed a spectacular defensive side, they won six rounds in a row and took the lead 10-8 and after that, they never left G2 to come back into the game, the European side didn't find a way to dismantle Guild Esports defense and, with G2 only winning one round in the second-half, Guild Esports completed the comeback and won the first map 13-9 to the surprise of most.

On the second map Guild Esports continued their momentum and showed they can also play a very clinical and well-executed attacking side, the Swedish side went into half-time with a 9-3 lead and now going into the defensive side which they have shown is their best side, Guild Esports dreams of reaching the Grand Final were slowing becoming more and more a reality.

G2 still managed to get the game close, they had a pretty good attacking side and closed the gap to 12-11, however, the comeback felt short as Guild Esports won the decisive round and took the map 13-11 and the series 2-0.

Guild Esports will now face off against Team Liquid In the Grand Final tomorrow at 5:00 PM CEST. 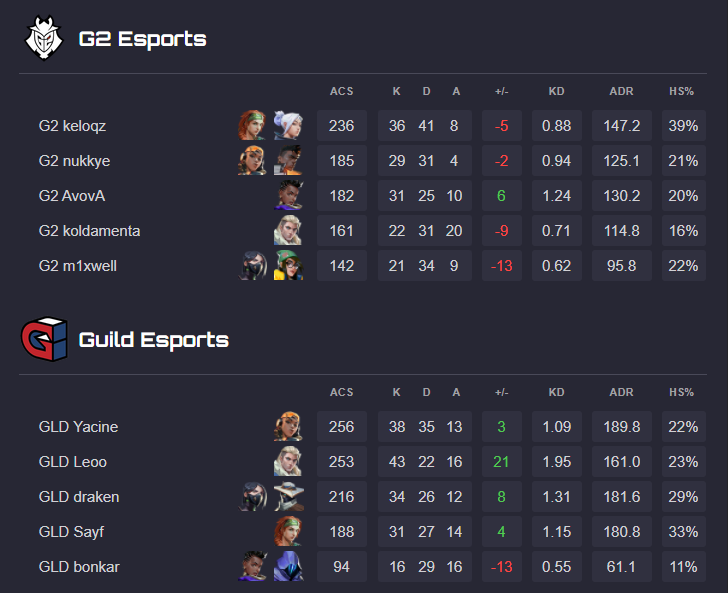