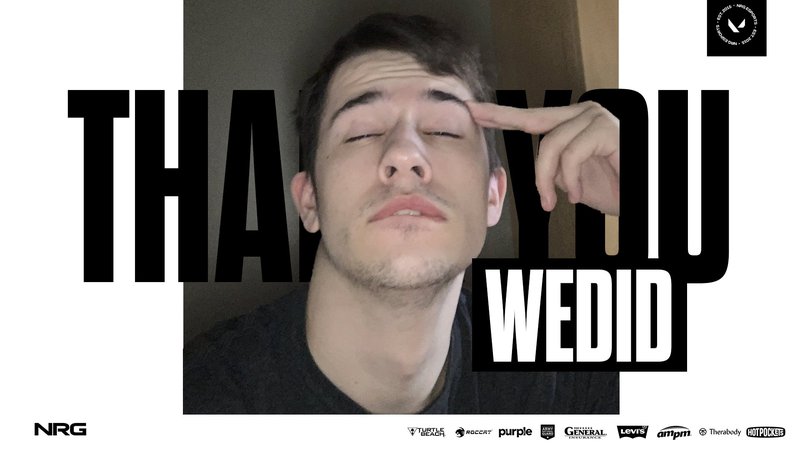 Matthew "Wedid" Suchan is no longer part of NRG, the organization have announced.

Wedid left the team after being during last month in inactive. The canadian player joined NRG in this June from XSET, where he played from October 2020 until May 2021.

With NRG Wedid didn't qualify for VCT: NA Stage 3 Challengers 1 and 2, lost all chances to attend to Masters Berlin and VALORANT Champions. On his last tournament with the team, NRG took 2nd place in Nerd Street Gamers: Summer Championship.