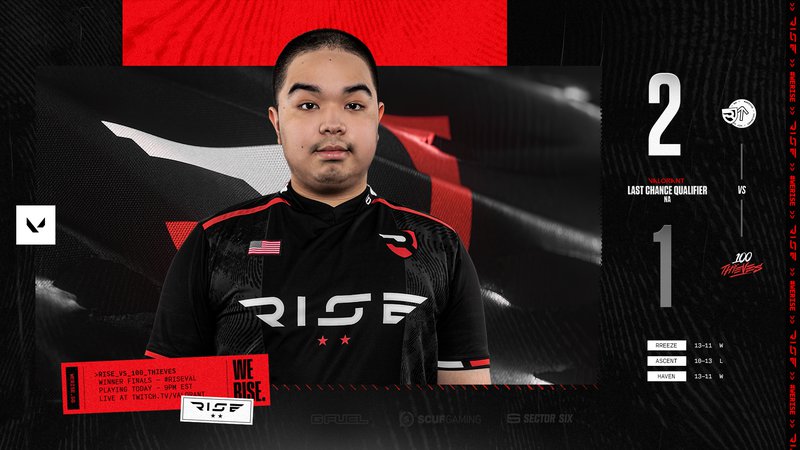 After the next day at North America Last Chance Qualifier, we learned the names of the two teams that took off, as well as the first finalist.

The first map of this match became a real knockdown for Gen.G. Cloud9 Blue, led by Vanity, simply trampled their rival on Ascent, winning the first map 13:1.

But Gen.G didn't give up and managed to win the second map. Cloud9 Blue was leading the whole game in the account, but thanks to the efforts of Temperature, who made 30 kills on Split, Gen.G first switched the game to overtime, and then finished off the opponent, 14:12.

The third map followed an equal scenario until Cloud9 Blue took six rounds in a row, came out ahead 12:8 and finished Haven with a score of 13:10.

If in the first half in Bind, both teams went head-to-head, then in the second XSET managed to get ahead, due to good defense, and won the first map 13:7.

On the second map, XSET was even easier than on the first one. Version1 again chose Icebox as their map, but as in the match against Cloud9 Blue, they did not manage to play it properly, losing 4:13 and leaving the tournament.

So we got to the main match of the evening - the winner of this meeting went straight to the grand final.

The first map was played under the slogan "attack dominates on the map". At first, 100 Thieves felt confident in the attack on Breeze, winning the first half 7:5. And then Rise joined the attacking side, having managed to win the first map, losing 8:11.

100 Thieves were able to win the first half in the second map 8:4, and then took the first two rounds in the second, but Rise again found the strength to close the gap, 10:9. But in this case, 100 Thieves did not make the mistakes that we made on the first map, winning the Split 13:10.

I would call the third map of this match, the twin brother of the first. Both teams again dominated on the attack side. Again 100 Thieves had a lead in the score, and again Rise made a comeback, winning a Haven 13:11.

We have four teams left, only one slot for Berlin. The final is close.