EPIC34: The Story of the Finalists 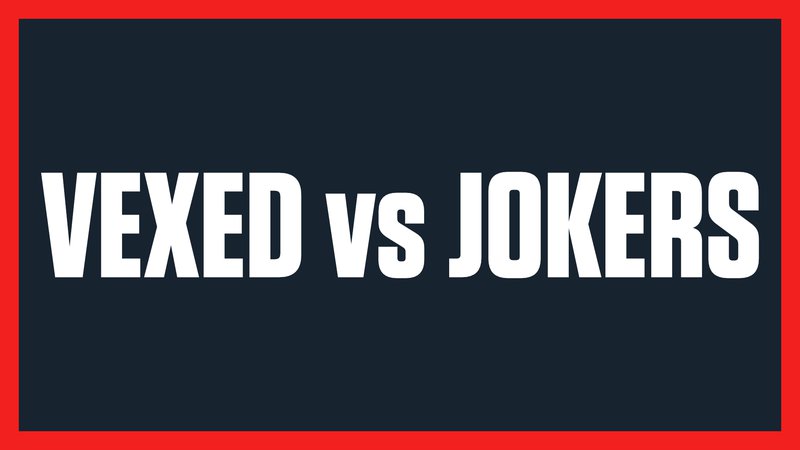 EPIC34 has been a blast from start to finish. The great quality of games makes all the long days and expensive takeaways worth it. However, when all is said and done day 2 has filtered down the competition to the final 2 competitors. I’m here to walk you through their vastly different routes to get here.

Let’s be real, who’s really surprised they’re here? They came into the event with the top seed for a reason, and they made that reason as clear as day. This team exudes confidence and that always draws in a big crowd.

They have a sort of Cobra Kai, Globogym Purple Cobras vibe about them (but in a good way, I promise they’re nice people). The combination of matching jackets and razor-sharp trash talk give them an aura of untouchableness.

After a perfect group stage in day 1, people were unsure if their dominance would continue with more at stake. These people couldn’t be more wrong. Vexed’s flawless run continued into day 2 as they swept the upper bracket in the strongest way possible, by not dropping a map. During their time in Kettering, they’ve only known victory and this certainly lays the foundation of success for tomorrows final.

So far Leare has been my tournament MVP. For the majority of the tournament, he hasn’t dropped below 300 ACS which is insane considering the standard of competition. The team really understand how to enable him and he becomes the focal point of most of their game plans.

They’re without a doubt the favourites going into tomorrow’s final. Their practice and preparation is evident in their gameplay, and the team will certainly be hoping that this practice and their obviously great chemistry, will be the difference-maker.

For JOKERS, the run was very different to Vexed. They had a strong 5-2 group stage but it’s fair to say a lot of people had counted them out. Even after good upper bracket performances against strong teams like Bleak Midwinter and Kittens, it’s fair to say not many had them predicted to take it all the way.

The upper bracket run looked promising until the upper final where they met Vexed. Neither team wanted to fall to the lower bracket to face the scary teams that would await them there so it was all on the line. Vexed managed a clean 2-0 like always but they were certainly good games and this loss seemed to light a fire under JOKERS

They dropped to the lower final and had to play an incredibly strong-looking mixenergy. After being sent to the lower bracket at the start of the day they had eaten all the competition in their path and they were certainly no teams choice to play in an elimination match. This series kicked off just after midnight but that didn’t stop the crowds. No one wanted to leave until they saw who was victorious. I for one am so happy I watched it as this series really was one of the best. A close 3 map best of 3 that went the distance is exactly what both of these teams deserved but ultimately JOKERS came out on top to secure their spot in the final

Chatting to people about this team you hear the same thing “Don’t play them on Ascent” and I have to say I agree. IGL La1KA makes some fantastic reads here and the map suits the firepower of the team.

This group certainly give off a different vibe to Vexed. It’s one of focus and readiness and they try not to let the fanfare of LAN distract them from that. They certainly don’t have the hype in a lot of ways. They never really have big crowds standing behind them, and it’s rare you see them stand up to shout across the room at opponents after a play, but this only adds fuel to the fire of their underdog story and I can’t wait to see how this team perform on the big stage