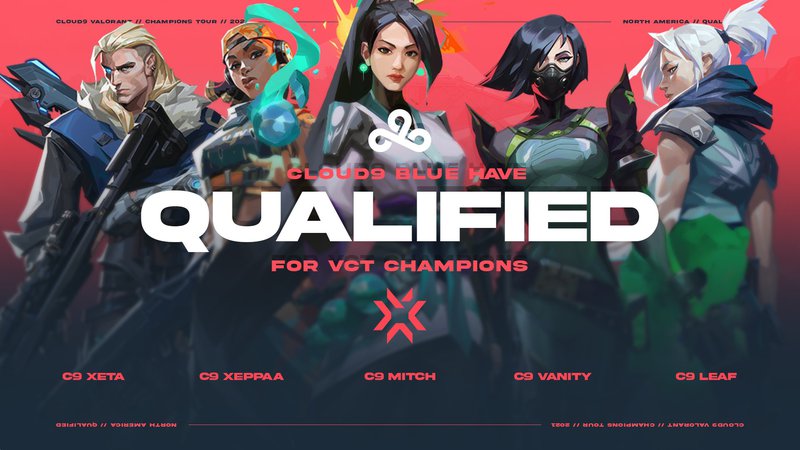 Cloud9 Blue have already met with Rise within NA LCQ, and lost in the first match. But in the grand-final, in the match for a slot for VALORANT Champions, Cloud9 Blue just crushed the opponent.

In the first map, Breeze, Rise just showed something only in the first half. Then Cloud9 Blue just crushed them in defense, and won first half 13:8.

What happened next, Rise's fans, and the players themselves, will not want to remember for a very, very long time. Cloud9 Blue just swept them from the server, crushed Rise 13:0 in Split.

But we should pay tribute to Rise, on the third map they didn't give up, and showed a decent game. Cloud9 Blue again took the lead during hole Bind, and won the third and final map, 13:11.

Thanks to this victory, Cloud9 Blue receive the last, 16th slot for VALORANT Champions.

Shahzam affirms he found out Sentinels dropped him through leaks
The IGL of the North American team, Sentinels, Shahzeb "ShahZaM" Khan found out that he wasn't going to be on the team for next season right during the Twitch broadcast via a leak.
06/10/2022
1180 Views