G2 Gozen add Cille as a player; Carcass as a coach 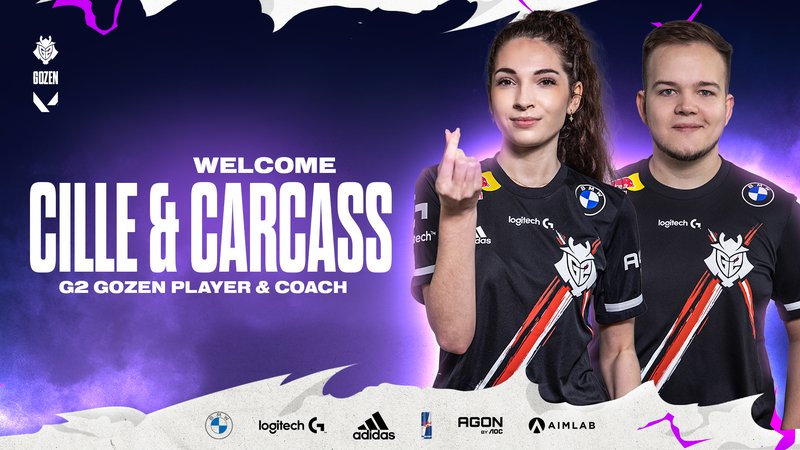 Previously, Cille was a part of eXile Female and The Goose House Lunar. Carcass played during this season in Wave Esports, won with the team epic.WAN 32, Kingdom Calling #2 and Charge Gaming Valorant Cup - Invitational #2.