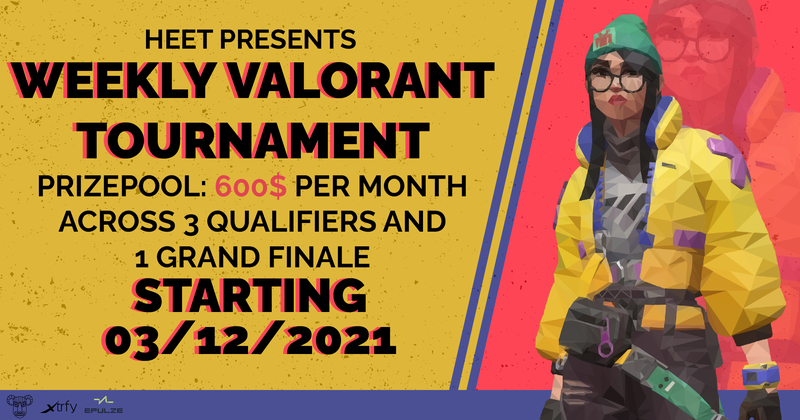 Heet announced the HEET Community cup that will give the chance for some less experienced players to gain not only experience in the competitive Valorant scene but also great prizes.

The organization announced there will be in total 4 tournaments a month which means one tournament per week, the tournament will always be played on Fridays at 17:00.

The first three tournaments will have a 100$ prize pool and all players that can play in the EU servers are eligible to participate, it will start on the 3rd of December, and the last tournament this month will be on the 19th of December because of Christmas.

In order to qualify for the fourth tournament, which has the biggest prize pool at 400$, teams will have two ways of doing it, one its to be invited by Heet Gaming the other one is to play as many weekly tournaments as you can and gather as many points as possible. The point distribution is the following:

The fourth tournament not only has a bigger prize pool but the MVP of the Tournament will receive an Xtrfy mouse.

So if you would like to play in a competitive environment or just play some games with your friends while having the chance at winning some prizes this is the perfect opportunity for you.