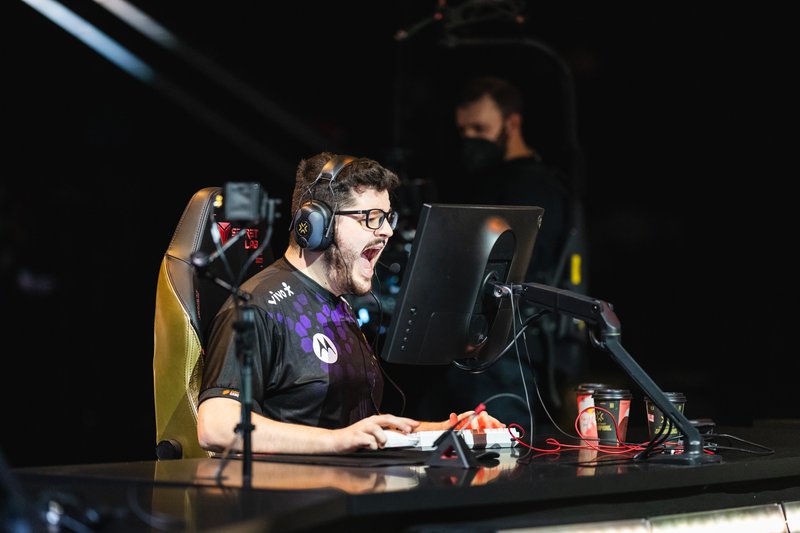 The third day of Valorant Champions saw the first team to qualify for playoffs and the first upset of the tournament, here is the recap of everything that happened on day 3. 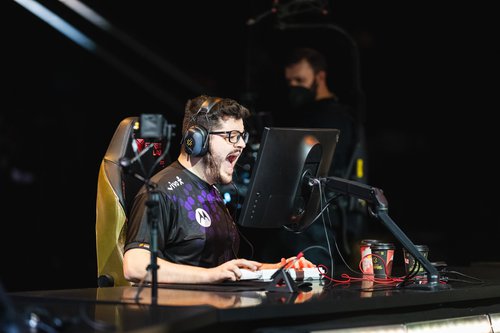 In the first series of the day, we had the European squad of Acend facing off against the "Brazilian super team" of Vivo Kyed, despite Acend coming into this one as the favorites after Furia performance versus Sentinels a lot of people were excited to see what Vivo Keyd was capable of.

Icebox was the first map of the series and Vivo Keyd quickly showed they had come to play with a strong start on the defensive side, the Brazilian squad won the first four rounds, Acend was able to bounce back getting on the board on round five and winning six out of the last eight rounds of the first half.

Both teams went into half-time tied 6-6 with murizzz great performance in the first half being one of the reasons Vivo Keyd was being able to go flow for flow with Acend.

In the second half, Acend won the pistol and eco round but after that Vivo Keyd took control of the game, winning six rounds in a row, with some good setups, executions, and mid-round calls, as well as just pure firepower from murizzz, heat, and mwzera the Brazilian team, stunned Acend and the European side could find an answer to Vivo Keyd offensive side, with Vivo Keyd eventually taking the first map 13-9 on the back of a great map form the "holy trinity" of Brazilian Valorant mwzera, murizzz, and heat. 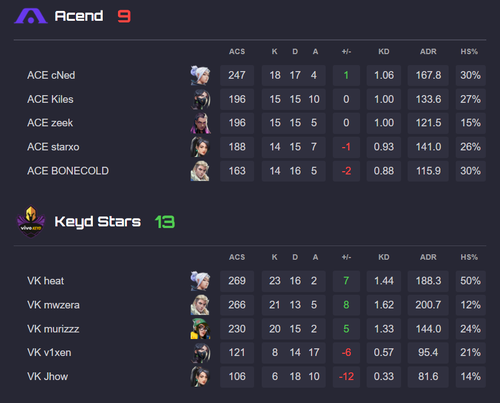 The second map of the series was Bind, this map is known to be Acend home turf, the European squad is one of if not the best Bind team in the world and they proved why.

In the first half o the game they dominated on their attacking side, they were great at taking map control and Vivo Keyd was never sure in which bombsite they would execute, the first half ended with a comfortable 9-3 lead to Acend.

Acend continued to dominate Vivo Keyd in the second half and easily took the second map 13-2 tying the series 1-1 and forcing a third map. 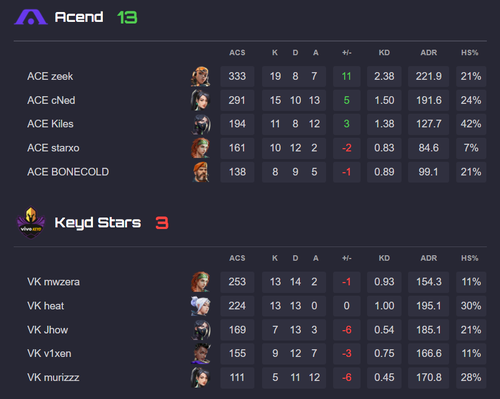 The decisive map was Breze, and Vivo Keyd won the pistol and eco round despite that Acend was able to bounce back on the gun rounds and won three rounds in a row, when Acend looked to get their fourth round on the board and take control of the map mwzera clutch denied them and completely shifted the momentum of the game.

After that Vivo Keyd took control of the game, exploiting the A bombsite and with Acend not being able to keep up with their firepower the Brazilian squad headed into half-time with an 8-4 lead.

In the second half, Vivo Keyd continued to ride their momentum and despite a comeback attempt from Acend, it was too late.

We had our first upset of the tournament and the first time a Brazilian team was able to beat a team from a major region wining 13-8 and advancing to the winner's match where they will face Envy. 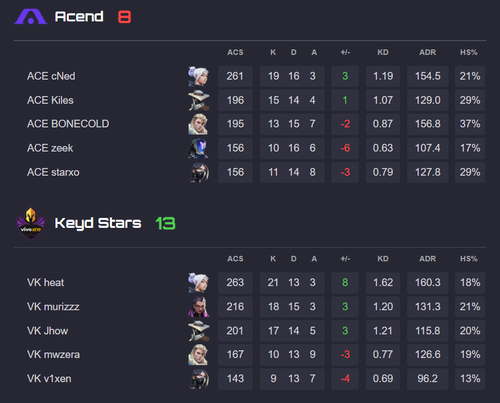 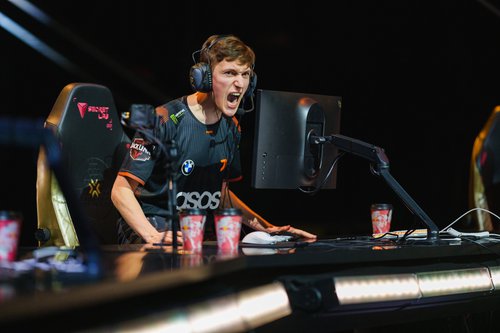 On the second series of the day, Korean super-team Vision Strikers would battle Fnatic for a spot in the playoffs.

The first map of the series was Icebox, and Fnatic started really strong on the defensive side winning five rounds in a row, however, Vision Strikers were able to answer back with six consecutive rounds, the teams headed into halftime with a 6-6 score.

In the second half, the Korean team started better with the pistol and eco round win but Fnatic was able to take control of the game, with some good mid-round reeds and great executions as well as derke playing at an insane level, the European squad was able to claim the first map 13-10. 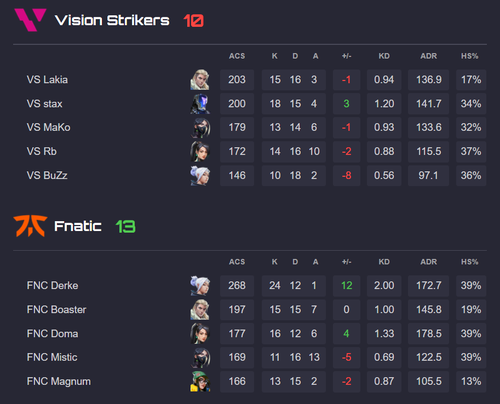 On Haven, Vision Strikers pick, the first half was once again very close with Fnatic starting strong and Vision Strikers winning the last couple of rounds, the score at halftime was 6-6.

The second half saw the Korean team win the pistol and eco round but Fnatic was quick to react, with a solid defensive setup and good retakes the European squad won for rounds in a row and took the lead 10-8.

Despite that Vision Strikers were able to get back into the game by finding a lot of success on the A bombsite, with Fnatic almost always giving up the site and trying to play retake but failing at doing so, the Korean team won five rounds in a row all of them on the A bombsite and took the second map 13-10 forcing the third map. 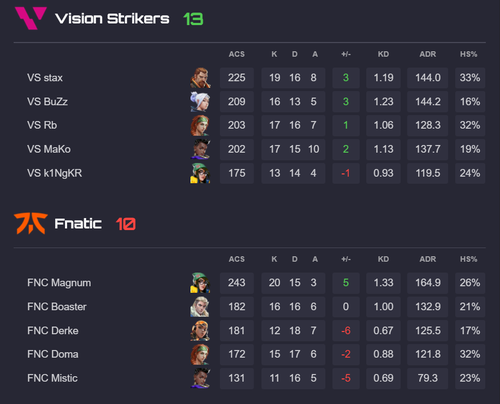 On Breeze, Fnatic showed they are possibly the best team in the world on this map, the European team just like they had done against Cloud9 had an amazing attacking side, with great executions into the bomb site, god mid-round calls, and they were also firing at all cylinders, especially Derke who had a great impact on the first half.

At halftime the score was 9-3 in favor of Fnatic and the European team looked poised to take the series and be the first team to qualify for playoffs, Vision Strikers still attempted a comeback but it was too little too late, and the EMEA representatives won the map 13-6 and secured the first spot of group D and their ticket to the playoffs.

As for Vision Strikers, they will now face the winner of Cloud9 vs Full Sense in the decider match of group D. 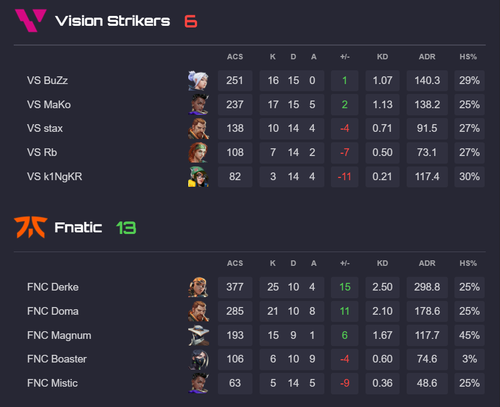 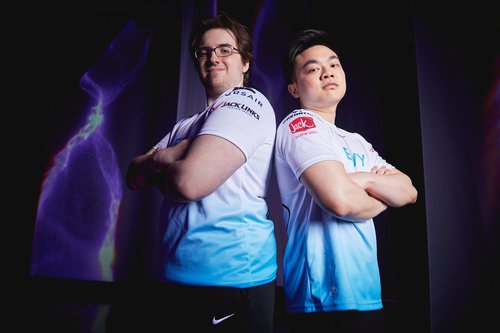 In the last series of the day Team Envy faced off SEA representatives X10 CRIT, with the North American squad coming in as the heavy favorites.

Breeze was the first map and both teams finished the first half with 6 rounds apiece, but with Team Envy still looking like the better team.

In the second half Team Envy attacking side was too much for X10 CRIT to handle, the North American squad team won five rounds in a row to make it 11-6 and would eventually close out the map with a 13-8 victory with yay having a great game. 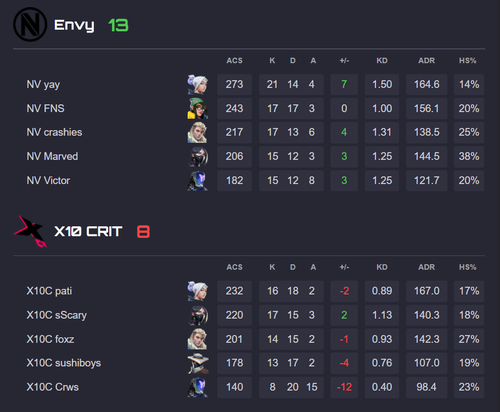 The second map Ascent and this time team Envy was able to win the first half with a 7-5 score, Envy relied on their firepower and better individual players to get that advantage.

Envy once again showed a great second half this time on the defensive side, X10 CRIT was never able to pose a real threat to Envy on this map, and on the attacking side, they never found a way to break Envy's defense other than in the pistol round, Envy won the map 13-7.

The North American team seemed to always be in control of the games and despite not showing an amazing performance they did win both games relatively easily and will now advance to face off against Vivo Keyd in the Group A winner's match tomorrow at 5 pm. 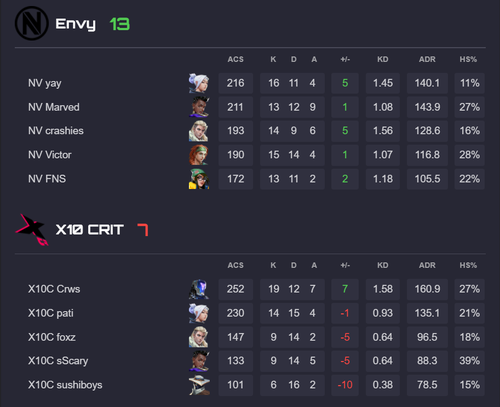 Shahzam affirms he found out Sentinels dropped him through leaks
The IGL of the North American team, Sentinels, Shahzeb "ShahZaM" Khan found out that he wasn't going to be on the team for next season right during the Twitch broadcast via a leak.
06/10/2022
1176 Views