100 Thieves announce the departure of steel 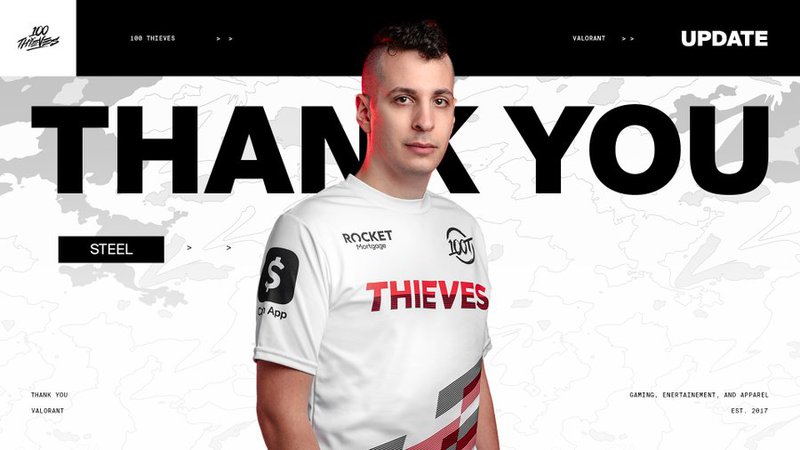 The North American organization announced on Twitter the departure of their former in-game leader.

Continuing the rebuild of their roster 100 Thieves announced today the departure of in-game leader steel that was benched from the team after Master Berlin in September of this year.

There have been many rumors that say the player was close to joining T1, and with its departure from the team now being confirmed the changes of steel joining T1 only increase.

The player found a lot of success while in 100 thieves attending Master Berlin where the team finished top four, and with stell on their active roster, 100 Thieves were a top-four team in North America throughout the year.

With a lot of rosters changing, and with steel being a veteran in-game leader there will be a lot of teams interested in his services so we shouldn't have to wait long until we see him in a new team.