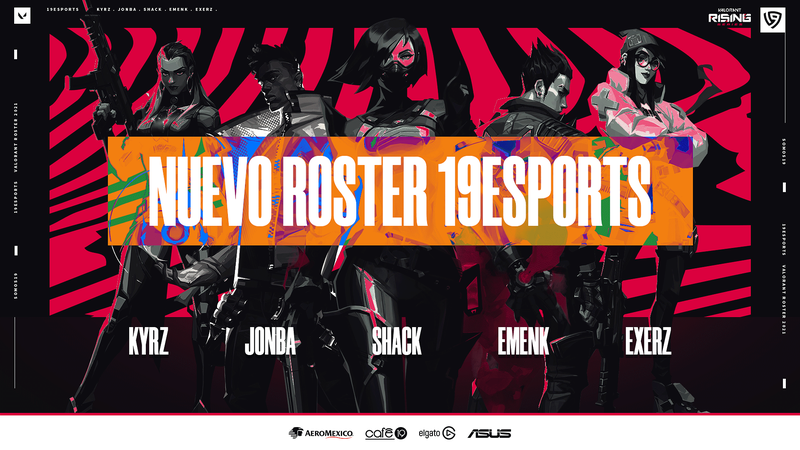 19esports, esports organization from Mexico, announce new VALORANT roster, who has already qualified for LVP - Rising Series #3. The organization announced this on its Twitter account.

The rights of the pictures used in this article belong to 19esports.
Comments
No comments yet
Please login to leave a comment.
Login
Recent News