100 Thieves announce the departure of Nitro 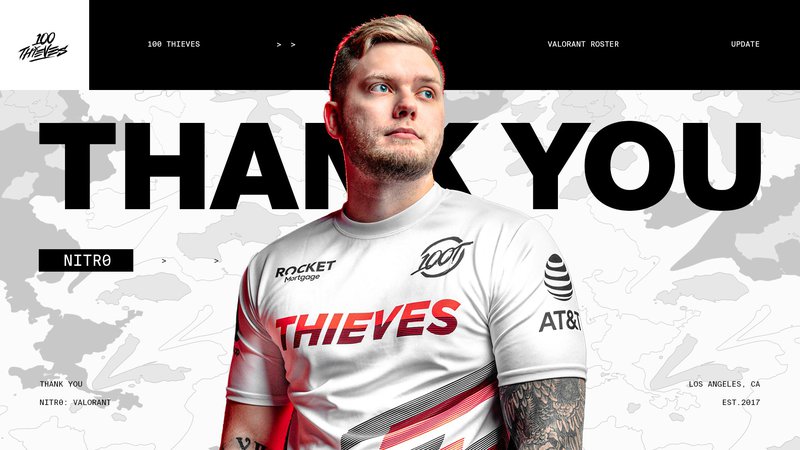 The North American organization announced on Twitter the player will be leaving the team.

This time its nitr0 who is leaving the team, after more than one year under the 100 Thieves banner in which the player was able to qualify for Masters Berlin, where 100 Thieves finished 3/4 place and being one of the best teams throughout the whole of 2021 in the North American scene, the player will look to continue his Esports career elsewhere.

A vast number of reports have said the player was contemplating a return to Valve FPS CS:GO, where he was once one of the best players in the world, with CS:GO being the game that put nitr0 name on the map.

We still don't know what the future hold for nitr0 but the player sad on a tweet that we would know more about his future soon.

If his future will go through Valorant or CS:GO is still not known, but one thing is certain nitr0 has proved we can play at the highest level on both games so it should take much to see him find a new home, and see him on a server compete against the best of the best again, either being on Valorant or CS:GO