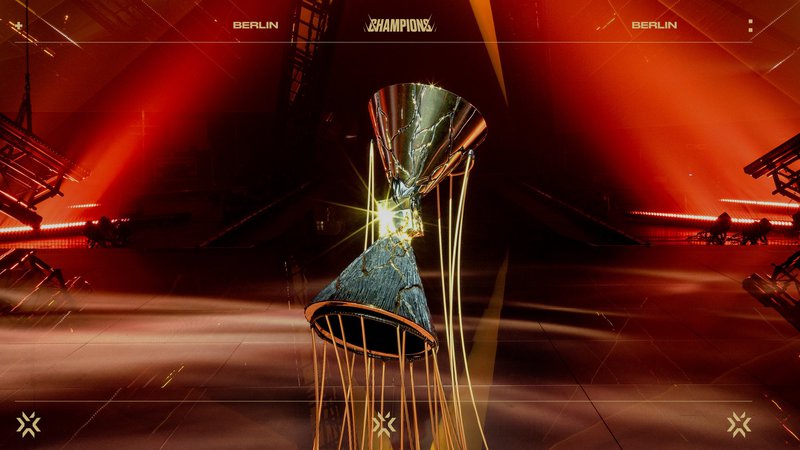 Acend defeat Gambit Esports in an EMEA VS EMEA final

Coming into the series both teams were evenly matched with most fans and analysts thinking it would be a 50-50, meaning it was anyone final, and that we could expect very close matches.

Breeze was the first map of the series, and Acend started the game strong, with a great defensive half, winning 7 rounds in a row, and with Gambit Esports not looking great, the European squad took a 9-3 lead into half-time and looked poised to take the win.

However, the Russian team had other plans, with another great comeback in the second half, Gambit Esports just came alive, only losing two rounds on the defensive side and taking the first map 13-11. 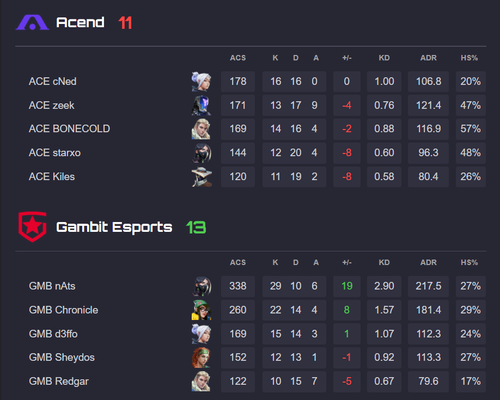 The second map was Ascent, one map Gambit Esports have not looked great on, especially on the attacking side, the Russian squad had lost all their games on Ascent this tournament so Acend was looking like the favorite on this map.

Acend once again got on to a great start, this time on their attacking side, Gambit Esports was still able to answer back and the first half finished 7-5 in favor of Acend.

This time, however, Acend wasn't going to let their lead slip away, Gambit Esports attacking side once again didn't look good, the European team took control of the game and eventually won the map 13-7. 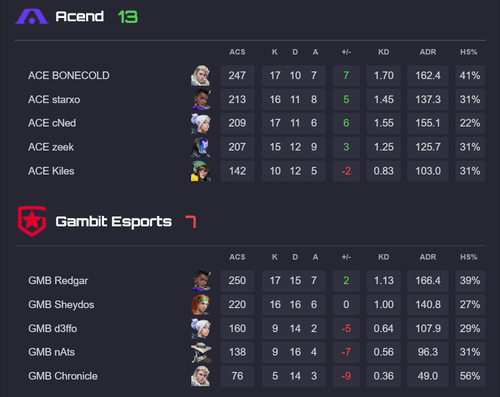 In the third Map of the series we had our most one-sided affair, Gambit Esports completely dominated Fracture from start to finish winning the first half 11-1.

Acend didn't show up on this map and it was the nAts show with the player finishing 26-3 with almost 400 ACS despite being on Cypher, the Russian squad won the map 13-3 and was one map win away from becoming the champions. 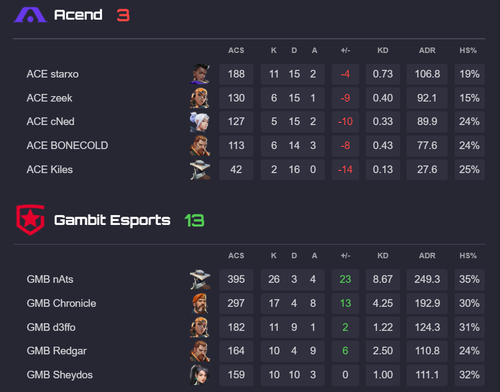 Icebox was the fourth and potentially the last map of this series, in a back and forth first half Acend went into halftime with the 7-5 lead.

However, in the second half Gambit Esports took control of the game, with some great retakes and reads on the Acend attack, the Russian squad took the 10-8 lead, and it looked like they were going to take this map and the series.

But Acend didn't throw in the towel, they kept on fighting and won a crucial semi-buy round that brought them back into the game. The game eventually went into overtime and there Acend was able to come out with the 14-12 win, the series was now tied at 2-2, and we were going into a 5 map. 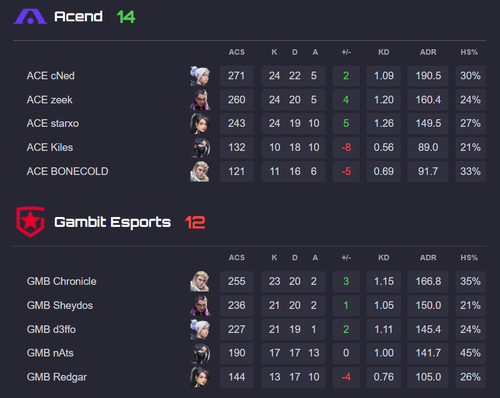 Split was the map that would decide the first Valrorant Champions winner, Acend came out swinging, winning six of the first seven rounds looking really strong especially on the aim duels,

Despite that Gambit Esports were able to rally late in the first half reducing the deficit, with Acend taking the 7-5 lead into half-time.

The second half started with Acend winning the pistol and following round, on the bonus round a crucial one for Gambit Esports the Russian side was able to win the round, not letting Acend run with the game. 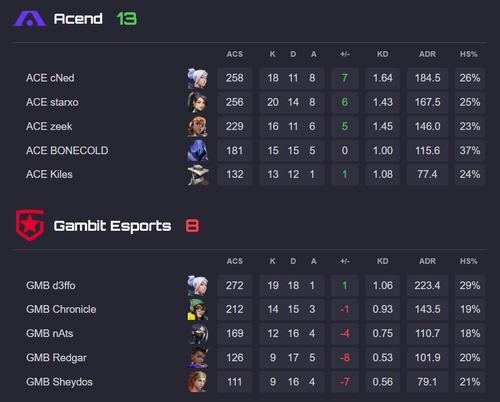 But Acend was just the better team on Split, with some great executions on the attacking side, and players stepping up on the clutch moments, the European team took the fifth map 13-8 and the series 3-1, becoming the first-ever Valorant Champions winners.

Shahzam affirms he found out Sentinels dropped him through leaks
The IGL of the North American team, Sentinels, Shahzeb "ShahZaM" Khan found out that he wasn't going to be on the team for next season right during the Twitch broadcast via a leak.
06/10/2022
1174 Views