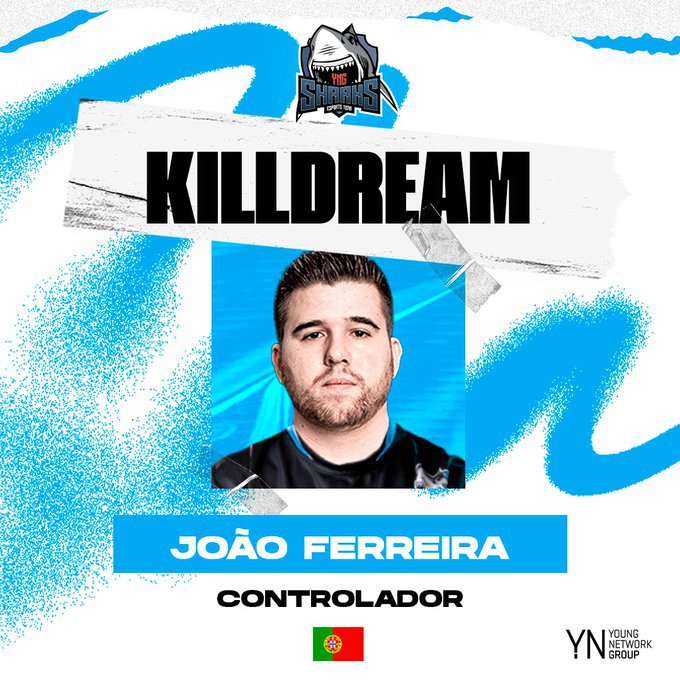 YNG Sharks announced on Twitter the signing of Portuguese player KILLDREAM. The player is going to fill the controller role.

In 2021 KILLDREAM represented the Portuguese organization SAW, and was able to find some success, winning the 15Kings Invitational, LGX Arena, a second-place finish in the GameGune 24, and a 5th-8th place in the LVP Rising Series 3.

He is a very experienced player, having a big and successful career in CS:GO that started in 2013 and ended in 2020 when the player switched over to Valorant.

This is the second player announced today by YNG Sharks. Earlier in the day, they announced the renewal of duelist GAABXX.

With this acquisition, the organization aims to achieve domestic and international success. Sharks were able to attend the first-ever international event at Masters Reykjavík. However, since then the team was not able to find the same success. With other teams like Furia, and Vivo Keyd outshining the Portuguese organization.

They still need there more players to complete their roster so stay tuned for more updates in the next couple of days.

YNG Sharks roster is the following: