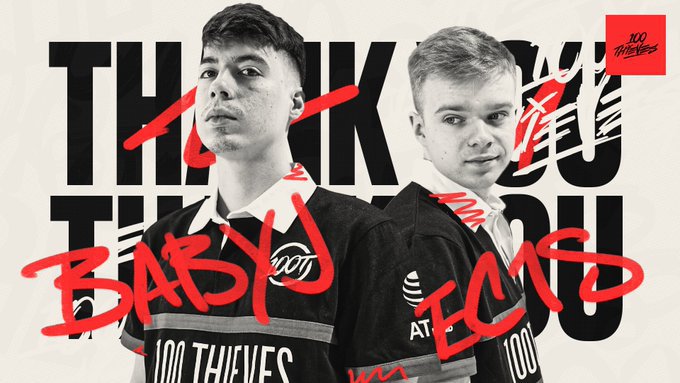 After a disappointment start at NA Challengers, 100 Thieves parted ways with BabyJ and ec1s.

The duo joined the team in the end of January. ec1s previously played in Team Liquid and Ninjas in Pyjamas, BabyJ - FaZe Clan. From last year's line-up of 100 Thieves, Hiko, Asuna and Ethan remained.

But the start of NA Stage 1 Challengers was terrible for the team. They lost both starting games, against Cloud9 and The Guard. In the match against The Guard, they lost the 3rd map 0:13. After these results, the team decided to rebuild the roster, try to change the results at the tournament.

For upcoming matches, bang and JcStani will complete under 100 Thieves tag on loan.