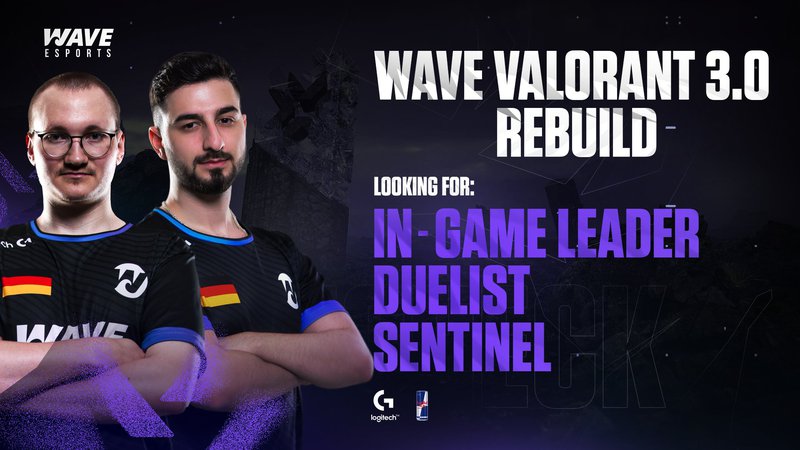 Wave Esports decide to rebuild their VALORANT roster, bench the trio, and announce the search for new players.

Within rebuild Wave Esports bench Sigurd "zik" Jensen, Robertas "Carcass" Mikuckis and Mathias "SEIDER" Seider. The first two have been in favor of the organization since October 2020, and SEIDER joined Wave Sports in March this year.

In announcement Wave Esports stated that they're looking for In-Game leader, duelist and sentinel.
Comments
No comments yet
Please login to leave a comment.
Login
Recent News