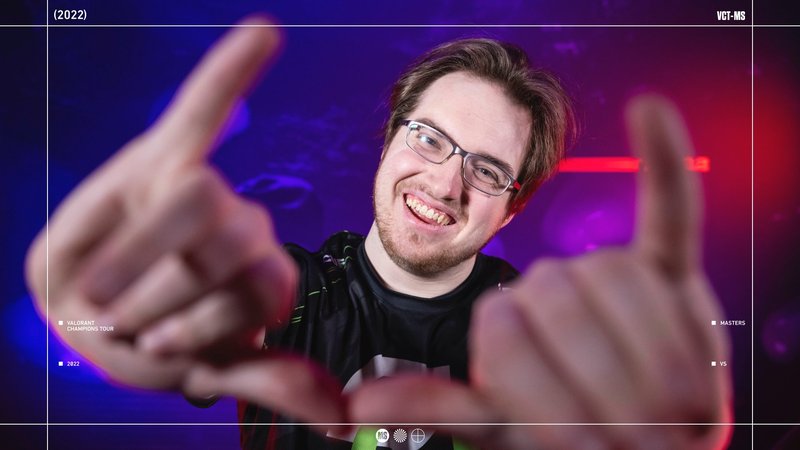 Day 2 of the VCT Masters Reykjavík 2022 marked the last day of the group's stage. Four teams fought for two playoff spots, and we got to see some great Valorant matches.

Optic Gaming was looking for revenge versus XERXIA, while Zeta Division and NIP were looking to make history for their regions. 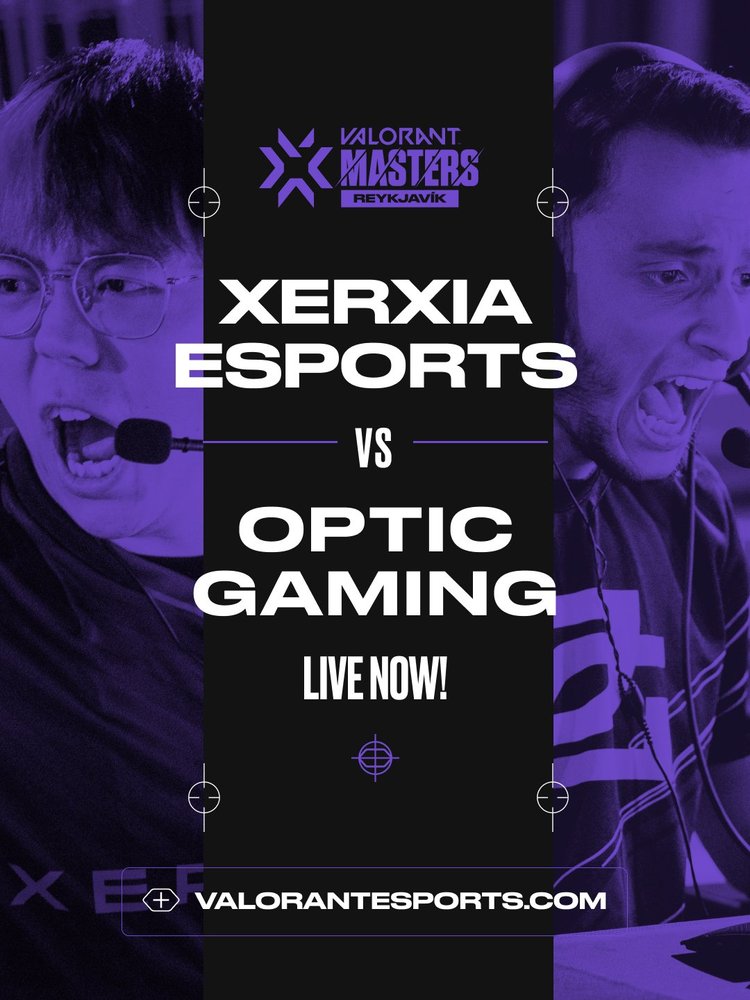 XERXIA was coming from a very close 2-1 loss to Team Liquid, while Optic Gaming convincingly defeated Kru Esports 2-0 and was looking to avenge their early tournament loss versus XERXIA.

Optic Gaming picked Haven, while XERXIA choose Fracture. Ascent would be the deciding map if necessary.

The first half of Fracture was very close. Both teams were trading rounds back and forth, and while XERXIA looked to gain control of the map when they won four rounds in a row, the North American side was able to quickly bounce back.

We went into half-time with a 6-6 score, and map one was up for grabs.

In the second half, Optic Gaming looked really strong on the attacking side, with yay and Victor having an amazing game, the North American side was able to win the first five rounds in the half and took the 11-6 lead.

A comeback was still attempted by XERXIA but it was too little too late and Optic Gaming claimed map one 13-9. 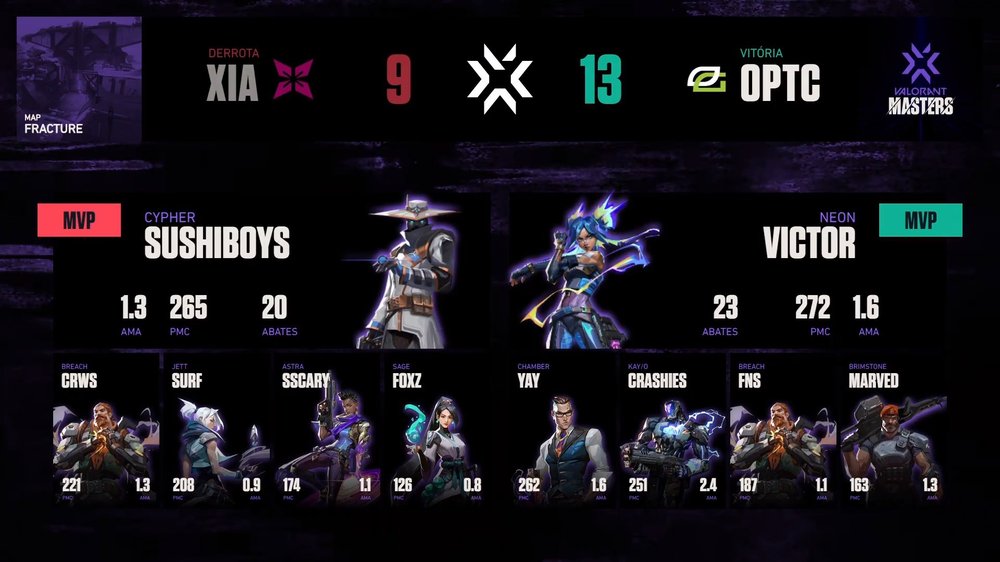 On Haven, things didn't start well for the APAC side. Optic Gaming attacking side was splendid, and it seemed the North American squad could do no wrong.

After dominating on their attacking side Optic Gaming took a 9-3 lead into the second half.

The second half started with a great pistol-round win by XERXIA, and gave their fans some hope that not all was lost.

But it didn't take long for Optic Gaming to shut down the Thai squad. With the first half being so one-sided Optic Gaming only needed to get three rounds on the defensive side.

With a dominant performance, and looking like the team everyone considered one of the favorites, Optic Gaming won Haven 13-6, and will now face The Guard in the playoffs. 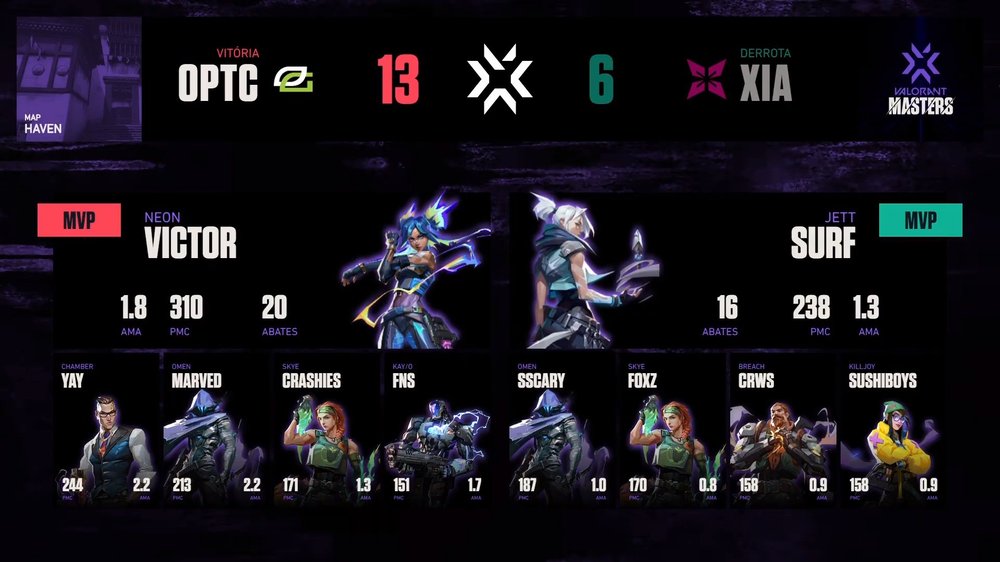 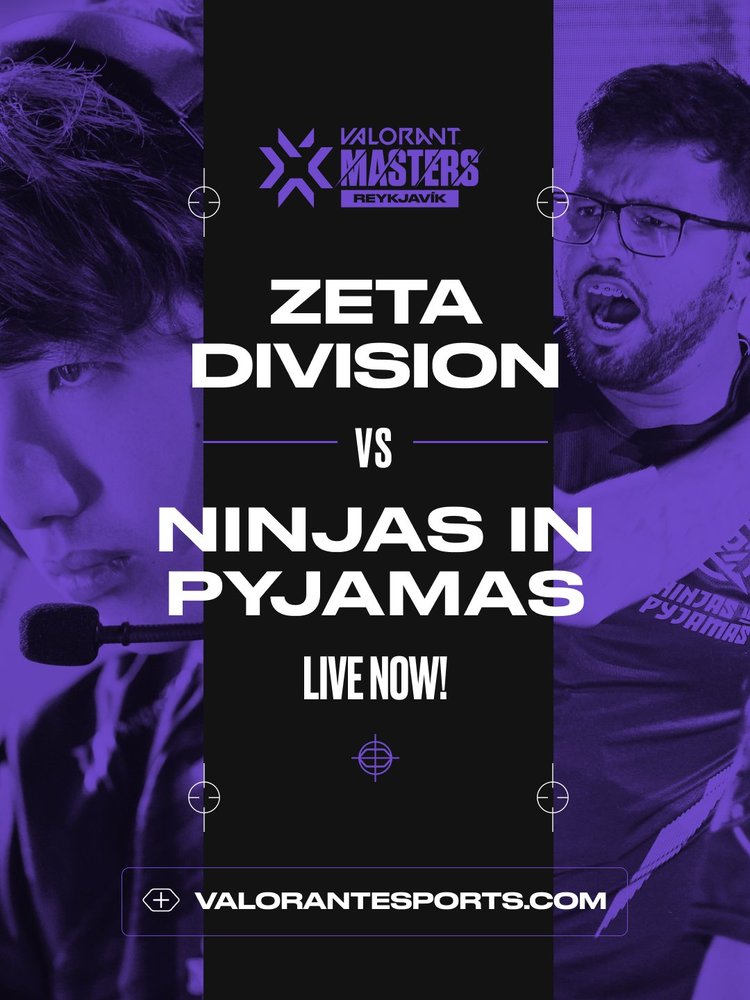 Both teams were playing to be the first team from their region to make it out of the group's stage and reach the playoffs.

Zeta Divison picked Split, while NIP choose Icebox. Fracture would be the deciding match if necessary.

In Split the Brazilian squad got off to a 5-0 start. It took some time for Zeta Division to find their footing in the game but they were able to respond with five straight rounds of their own.

Heading into halftime NIP had the 7-5 advantage, but since Zeta Division was now on the defensive side on Split they had a very good chance to take the game. 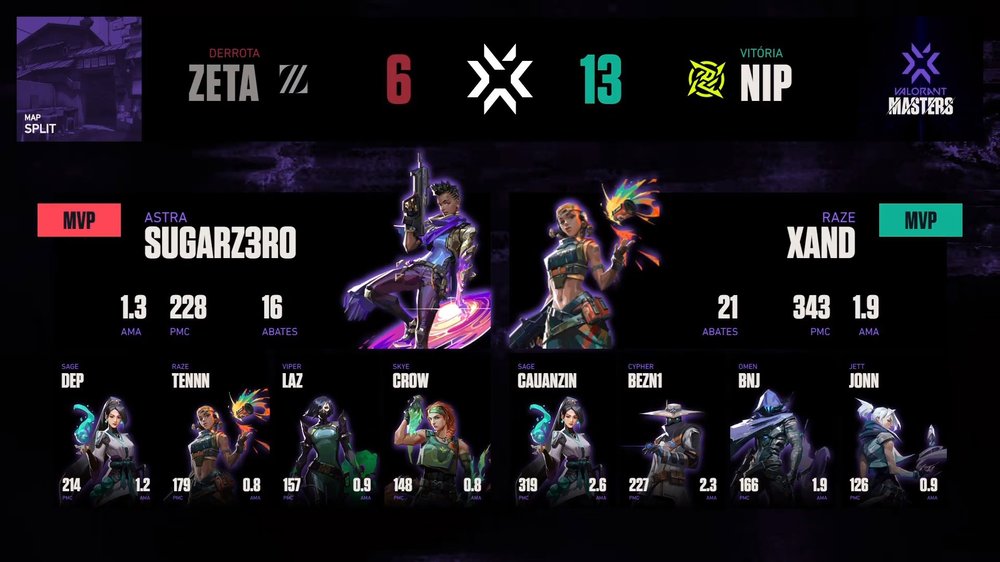 Icebox was a much closer game. This time it was Zeta Divison that got off to a 6-0 start. Nip was still able to put four rounds on the scoreboard, but the Japanese team dominated on their defensive side.

8-4 was the score going into the second half, and it looked Zeta Division might be able to force a third map.

Zeta Divison continued their momentum in the second half and went up to 11-4. Nip still tried to make a comeback and was able to make the game close.

However, despite the Brazilian squad's best efforts, Zeta Divison won the map 13-10 and everything would be decided on Fracture. 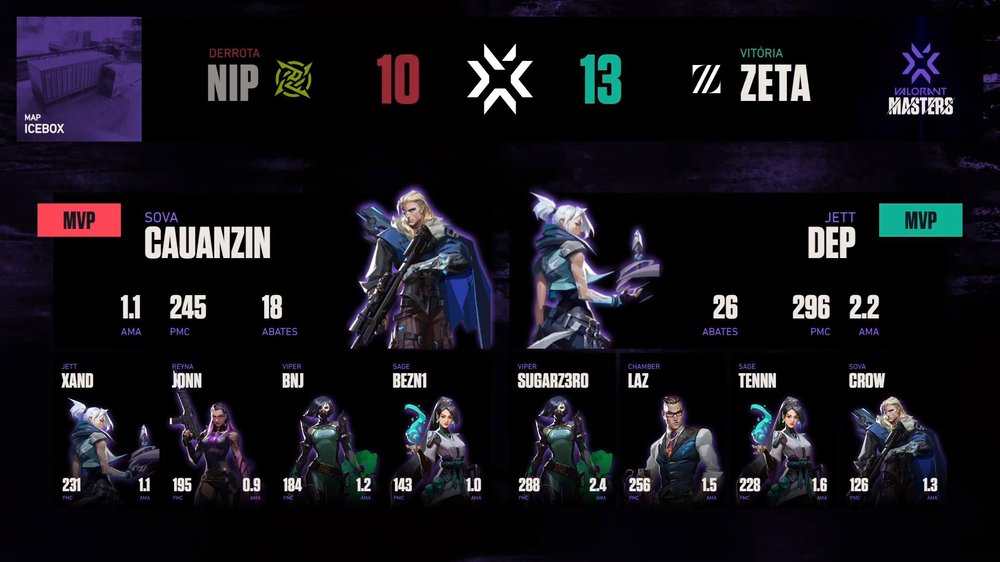 Fracture was a nail-biting game. If you didn't watch it pls do it.

It was NIP who started on the attacking side and quickly got a 4-0 lead. The Japanese squad needed to answer fast, and that was exactly what they did, winning the next three rounds and making it 4-3.

First half ended with a 7-5 lead, but the game was still very much anyone to grab.

The Brazilian team was able to continue their good momentum in the second half and got to match point being up 12-8, and things were looking grim for Zeta Division.

What followed was an amazing performance by the Japanese squad, winning the last four rounds of regular time and forcing overtime.

In overtime Zeta DIvison would not be denied and took map three 14-12, making history by being the first-ever Japanese team to reach playoffs. 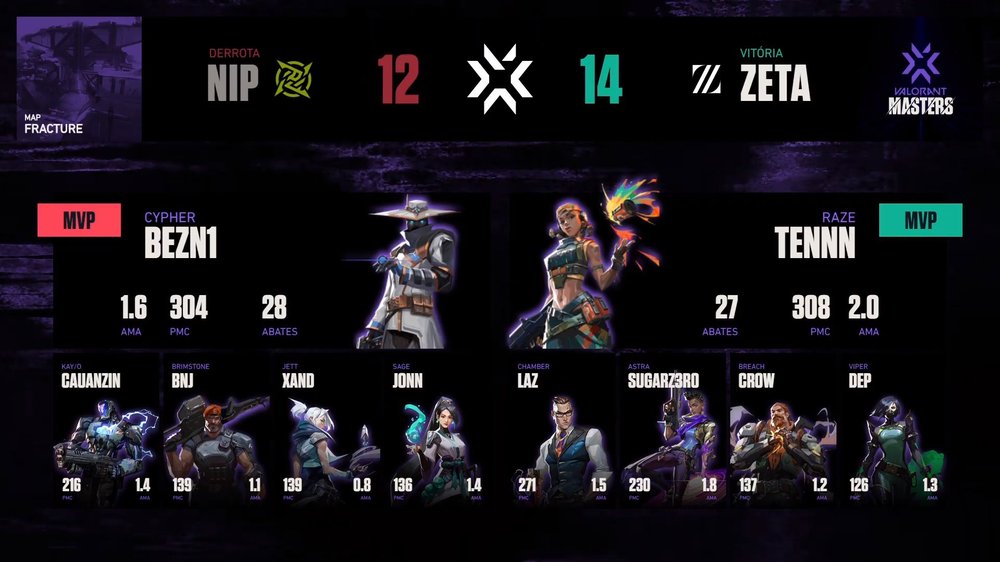