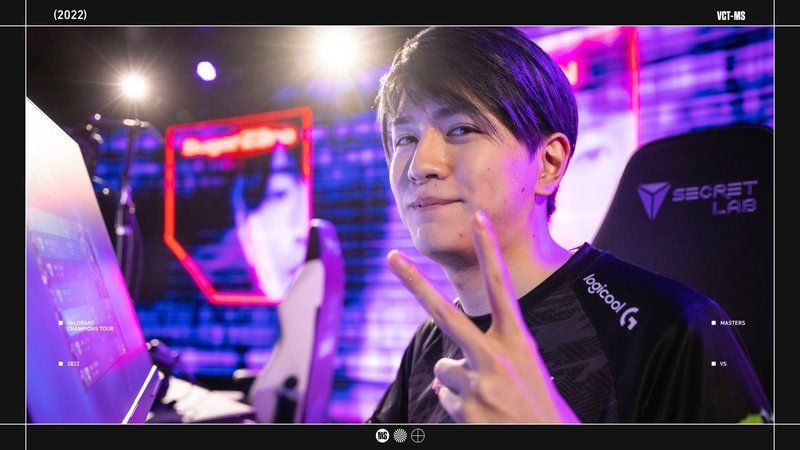 Four more teams played for their tournament life, and we had two very close and intense matches, so let's see how they unfolded. 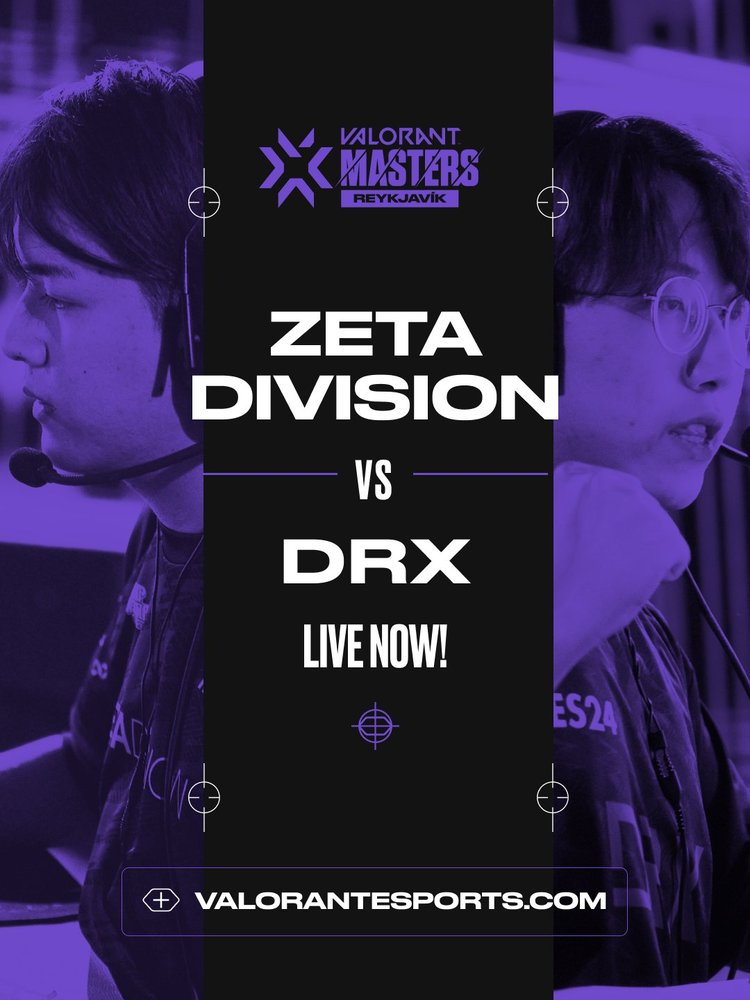 DRX and Zeta Division met once again but this time the stakes were much higher.

One of these teams was going home, and despite DRX coming in as the favorites, Zeta Division had proved through the tournament they weren't easy opponents by no means.

The pistol round went the way of the Korean team, despite TENNN getting a 3k it wasn't enough for Zeta Division to take the pistol round.

Zeta Division was quick to respond, and their defensive side looked really good, especially when it came to retakes.

With a solid defensive half, the Japanese side took an 8-4 lead into the second half and proved this wasn't going to be a walk in the park for the Korean super team.

In the second half, DRX came out swinging. The Korean squad won the pistol round after a great retake, with BuZz getting three kills.

DRX continued their great performance on the defensive side, and with some good defensive setups and well-executed retakes, the Korean side tied the game, and then went on to take the lead after going on a six-round win streak.

However, Zeta Division was able to get back into the game. Despite DRX being one round away from reaching match point the Japanese squad was able to pull it back

With some great team play, the Japanese side was able to win five of the last six rounds and won the map 13-11. 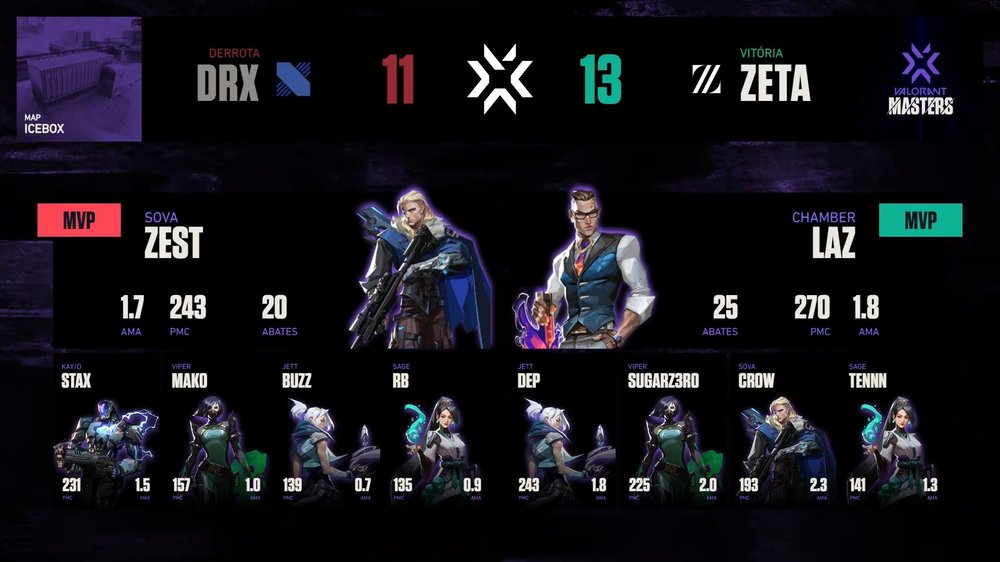 Laz was the MVP of map one, but the entire squad off Zeta Division had a great performance.

Once again DRX won the first pistol round of the map, with the team playing the post-plant really well.

Zeta Division was able to adapt their defensive setup and won three straight rounds and took the lead.

The Korean team was playing a very solid attacking side, with a lot of early-mid aggression and normally favoring the A site to finish the round.

Finishing the half-strong DRX took a 7-5 lead into the second half, with the game being up for grabs.

This time it was Zeta Division who took the pistol round, with three kills by SugarZ3ro.

The Japanese side was able to win the eco and bonus round taking the lead 8-7.

But DRX, especially BuZz wasn't going to let this get away from them.

With a four-round win streak, after some great reads on how Zeta Division was playing the mid-round, and with BuZz being coming up clutch in very important rounds DRX was one round away from taking us to Split.

Zeta Division called a time-out and was able to get their tenth round of the game.

However, it was not enough and DRX closed out the game in the following round taking the 13-10 win and forcing a third map. 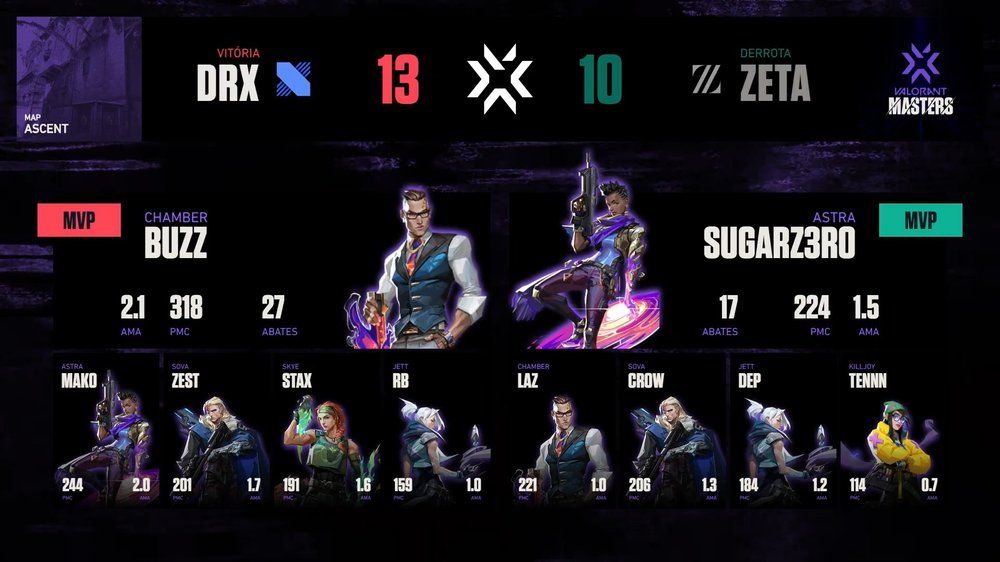 BuZz was the MVP of map two, but MaKo and Zest also had good individual performances.

Split could not have started better for the Japanese team, as they won the pistol round after a well-coordinated retake.

If most of the series had been a very close one this first half was the opposite.

Zeta Division completely steam-rolled DRX on their defensive side.

From great defensive setups, good mid-round reads, and well-cordinated retakes the team got off to a 6-0 lead.

Heading into the second half, 10-2 was the score in favor of Zeta Division, and DRX had a mountain to climb if they wanted to keep their tournament dream alive.

The pistol round was a must-win for DRX, however, LAZ showed why he is regarded as the star of Zeta Division, and came up clutch in a 2v1 situation.

When everything look lost, DRX was able to win their force buy and there was still some hope for the Korean side.

But there was no denying Zeta DIvision. The Japanese champions eliminated DRK and are moving forward to the Lower Bracket semifinal. 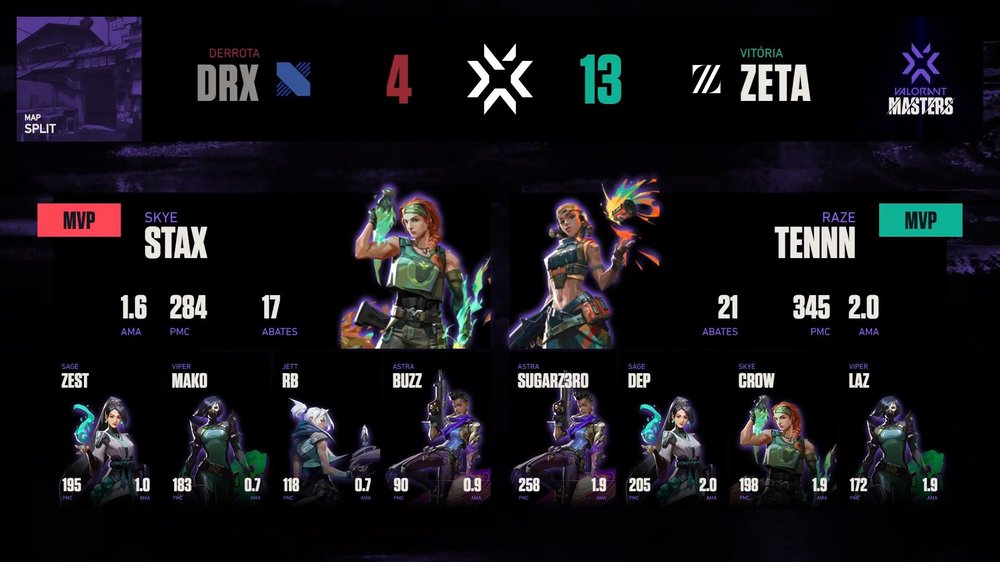 TENNN was the MVP of this third map, but all of the players from Zeta Division had an amazing performance and truly deserved to win this map. 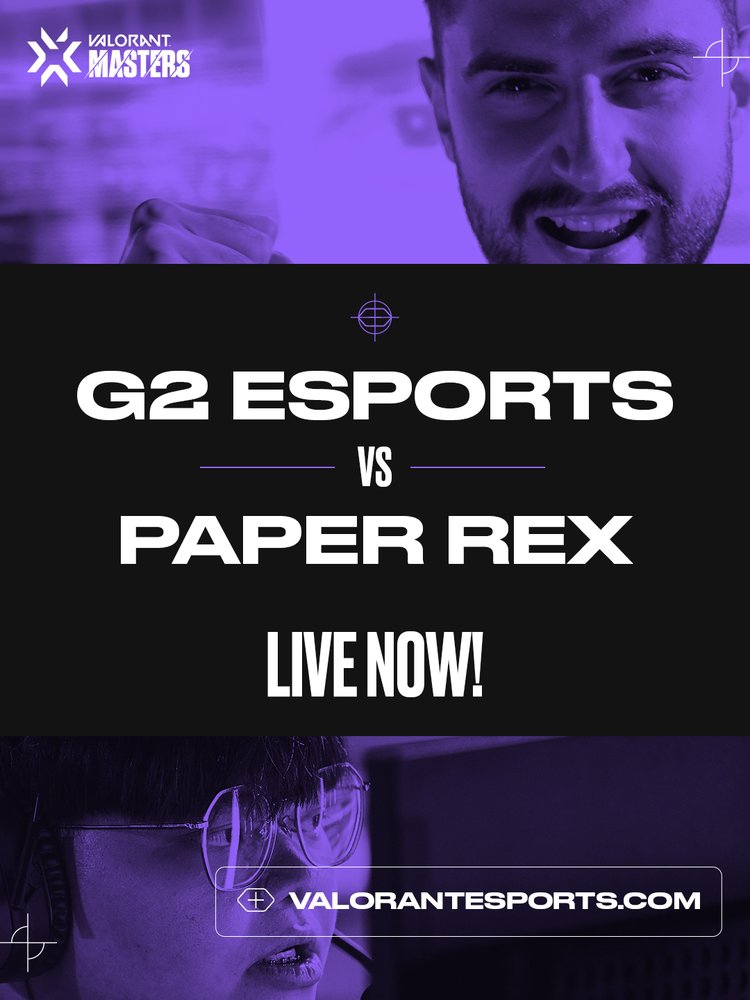 The APAC champions faced the last European hope, in a series where G2 Esports came in as the slight favorites.

G2 Esports started Split on the defensive side and were able to secure the pistol round.

The APAC champions were finding it difficult to find success on their attacking side, and G2 Esports took a commanding 8-2 lead.

9-3 was the score in the first half, and despite Split being a more defensive map, Paper Rex had a monumental task ahead of them in order to get back in the game.

The first step for Paper Rex was winning the pistol round, and the Thai squad was able to do that, with Jinggg coming up clutch in the round.

Paper Rex was able to go on a very impressive run, winning four straight rounds and cutting G2 Esports lead to a 9-7.

Finally in the fifth round of the second half G2 Esports was able to win a round on the attacking side.

However, Paper Rex was still in firm control of the game.

The different defensive setups and great teamwork by Paper Rex allowed them to go on a 6-0 run to end the second half.

Paper Rex won Split 13-10 with a great comeback that showed the resiliency of the APAC champions.

f0rsaken was the MVP of map one, with his Jett the Thai player was the main responsible for Paper Rex amazing comeback. 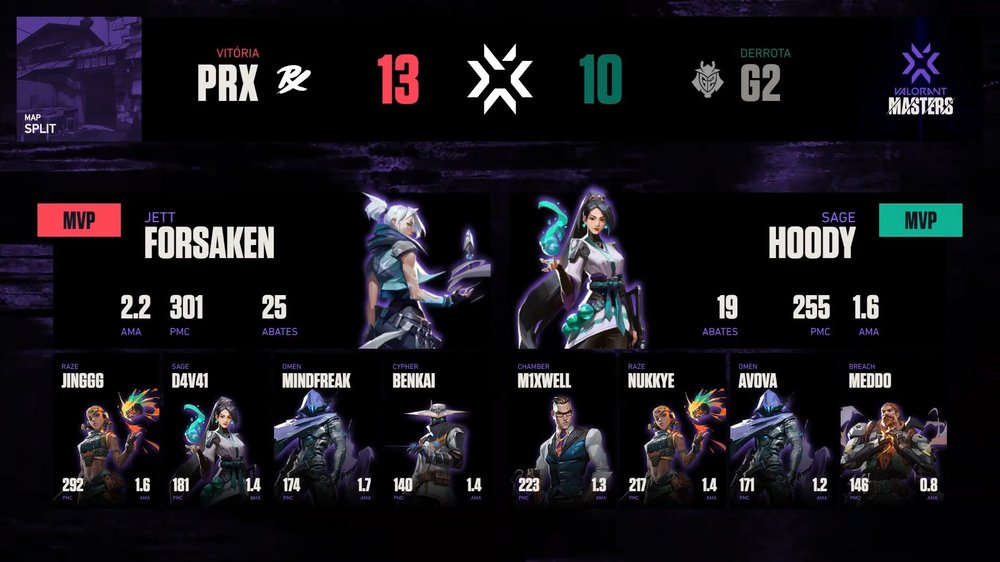 This was a must-win map for G2 Esports so the best way for the EMEA team to start was by securing the pistol round.

But Paper Rex execution into the b site and the way the Thai team played the post-plant was almost perfect and secured them the pistol round win.

We saw Paper Rex dominating the first round of the half, taking a 5-1 lead, with G2 Esports having a lot of difficulties stopping the APAC champions.

G2 Esports still managed to put four rounds on the scoreboard, and we headed into the second half with the game still up for grabs.

The second half actually started well for the EMEA side, as G2 Esports managed to secure the pistol round.

Despite that, Paper Rex didn't slow down and quickly took back control of the game and reached the double digits mark.

f0rsakeN was having a stellar performance and it was causing all types of problems to the G2 Esports squad.

Paper Rex had all the momentum on their side and looked destined to advance to the Lower Bracket Semifinal.

With a great team performance and f0rsakeN leading the charge Paper Rex eliminated the last EMEA representative and move forward to face Zeta Gaming in the Lower Bracket Semifinal. 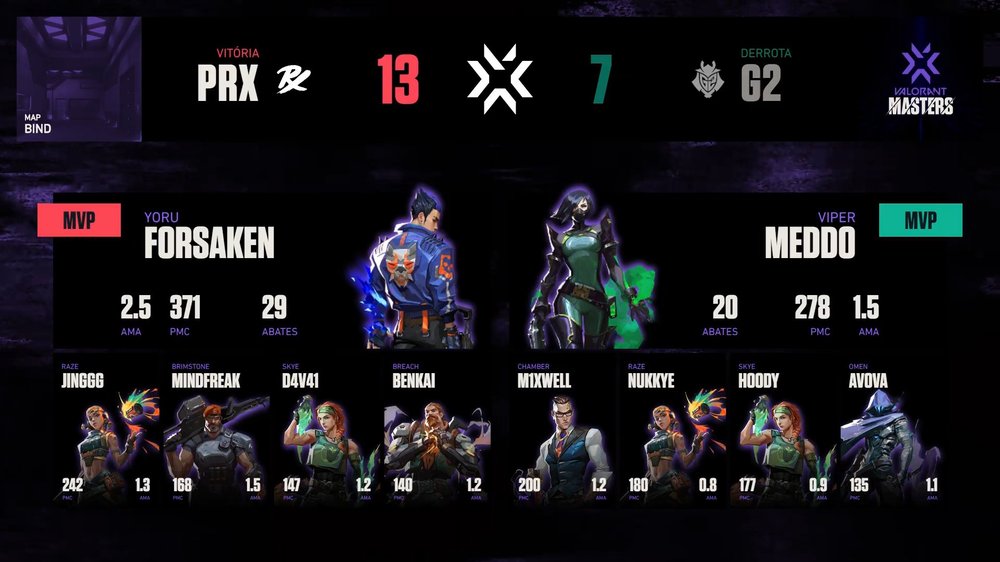 The MVP for this map was f0rsakeN and it was even close. If you want to see how to play with Yoru you should check the vod of this game.